Where to see wildlife in January: Peru, Antarctica and beyond

January may not seem the typical peak month for wildlife, but snow monkeys, penguins and grey wolves come out to play in Japan, Antarctica and the USA at the beginning of each year... 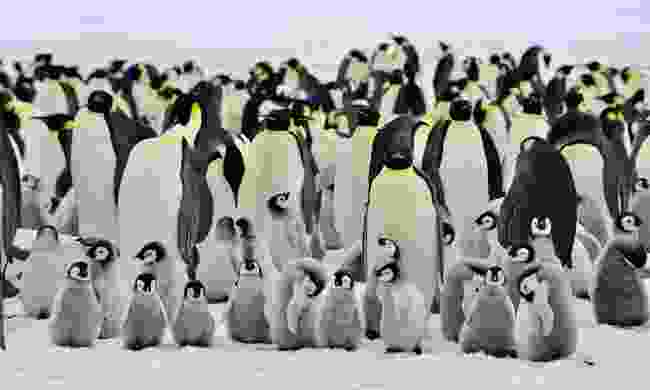 It’s balmy high summer on the White Continent this month – a sizzling 2°C, with non-stop days, thanks to the midnight sun. All this gives rise to a peak in wildlife, specifically penguins. January is when the rookeries are at their most raucous as chicks – emperors, Adélies, chinstraps and gentoos – begin to hatch.

You might spot emperors concealing their little ’uns inside their belly pouches. Or spy a creche waiting impatiently for food; it’s not unusual to see chicks on a feeding chase, running after any old adult that’s carrying a fish supper.

There’s plenty of other wildlife too – baby seals and birds such as skuas and snow petrels. January is also when whale sightings start to pick up (peaking in February to March): look for signs of orca, sperm, humpback, fin and blue.

If you opt for a later trip, February to March also brings fur seals, as well as moulting penguin chicks making their first breaks for the sea. Conversely, visit November to December to see a range of birds – from penguins to albatross – performing their mating rituals. 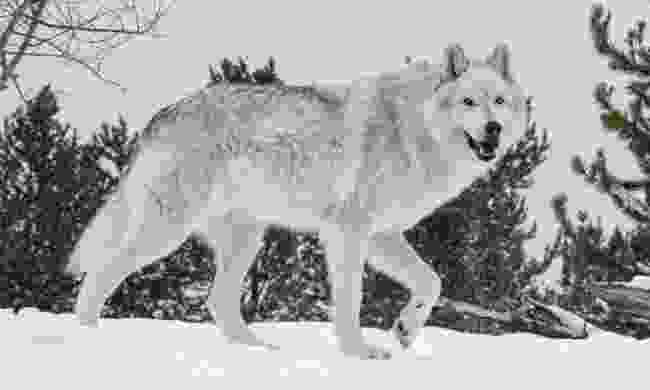 Brrrrr! It’s chilly in Wyoming in January to February. But all the winter white powder makes Yellowstone’s wolves much easier to spot: their grey fur stands out against the blank sparkle while their paw-prints leave a handy trail in the snow.

Wolves aren't the only draw. Other animals – bison, elk, bighorn sheep – congregate for warmth at the park’s steamy thermal features.

3. Masses of macaws in Tambopata, Peru 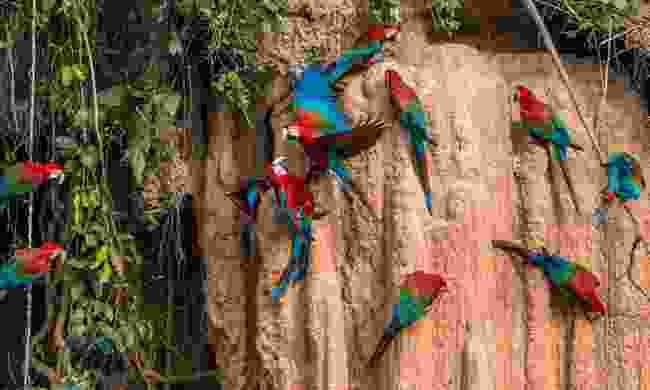 This national reserve in southern Peru boasts some of the planet’s most biodiverse rainforest, home to 670 species of birds.

Some of these, including six species of macaw, have a liking for licking clay (a natural neutraliser of plant toxins), and gather in great numbers at Tambopata’s chuncho and Colorado colpas – two of the world’s largest clay licks.

December to January, when the local food supply is highest, sees peak numbers of these splendid birds nibbling the clay. Note, it is wet season, so bring a brolly. 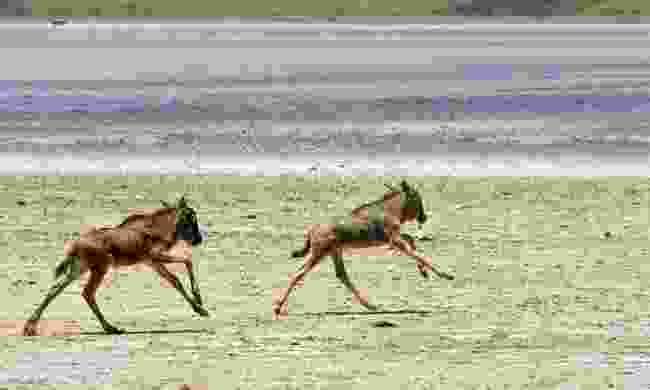 The northerly river-cavorting of the Great Migration usually steals the headlines (in August) but equally impressive is this gathering of the million-strong ungulate herds in the southern Serengeti, from January to March.

These are the top Serengeti trips 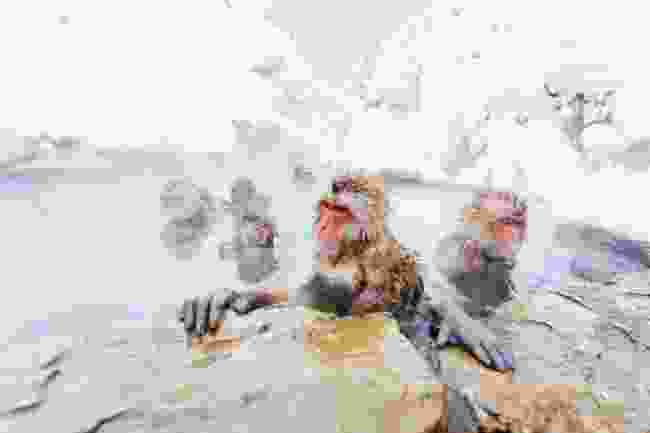 The Japanese macaques of Jigokudani Monkey Park are best seen in the snow – hence why they call them snow monkeys.

They live in the park year-round, but are more likely to dip in the thermal hot springs in the coldest months of January and February. Undeniably, this season is the most photogenic.

Where to see wildlife and when:

Where to see wildlife in December

Where to see wildlife in November

Where to see wildlife in October