The top 9 wildlife must-see's in Peru

From big cats to exotic birds - these are the best wildlife encounters to have in Peru.

Inca trails, Andean culture and maybe a pisco sour along the way? Sounds grand to us, but visitors to Peru can also expect to see much, much more. This is South America’s secret wildlife hotspot: there are over 14,500 animal species here, including 1,800 of the world’s bird species.

If visitors to the Amazon Basin – by boat or foot – don’t see the tapirs, capybaras or pink dolphins they set off for, they’re at least guaranteed to be chirped at by the vivid canopy of hummingbirds, toucans and quetzals along the way: the very best sort of wild goose chase.

Here is Wanderlust’s Top 9 to keep an eye out for – worth prizing every bit as much as that Machu Picchu view. 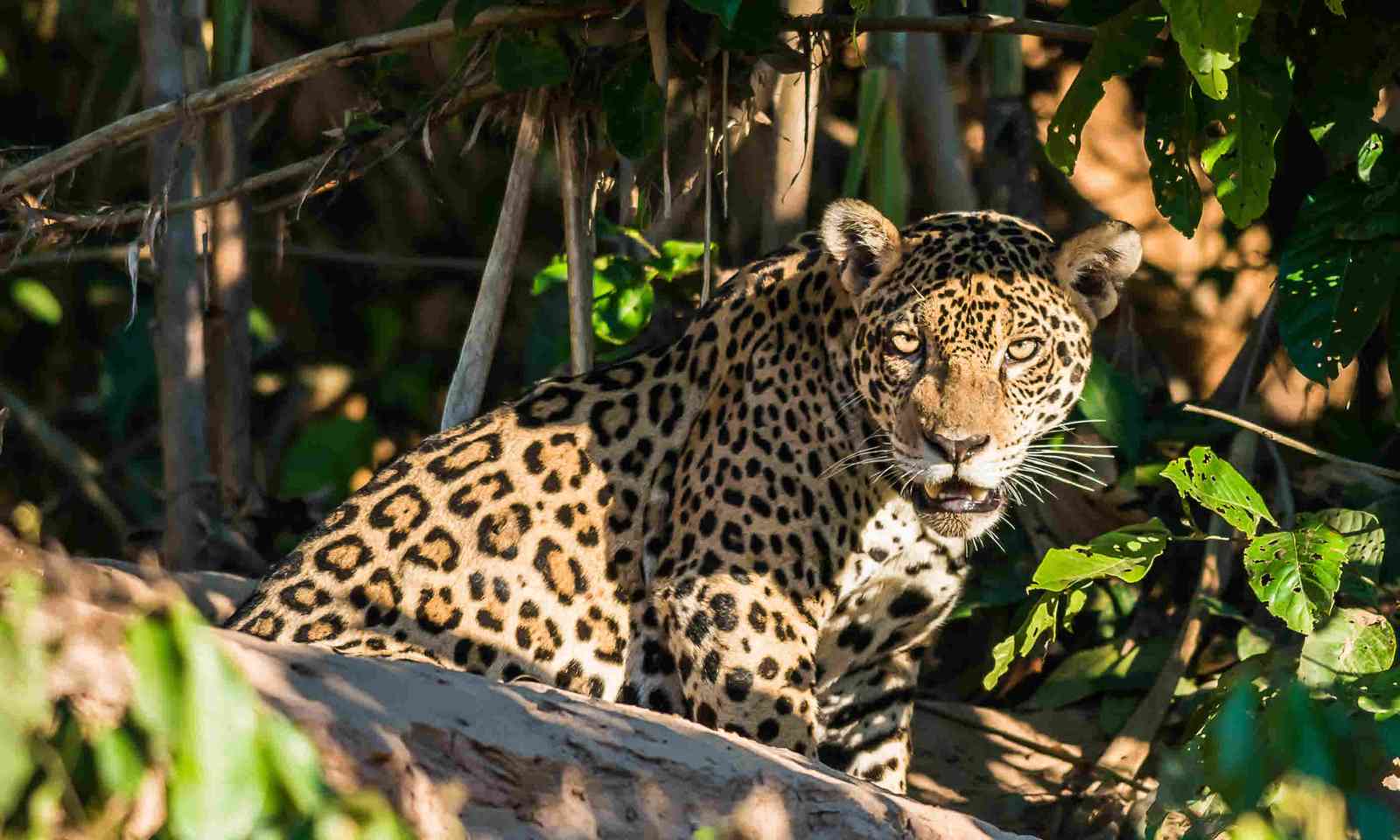 South America’s biggest cat is sadly as shy as it is beautiful, meaning that longer lingers in Peru’s 4,000,000 sq km Amazon Basin are your best bet for a glimpse – keep an eye on the riverbanks for your best chances of a sighting.

At the Basin’s southern tip, the Manu Biosphere Reserve – simply one of the world’s greatest wildernesses – is a safe place to start. A little further south, there’s a healthy number of jaguar in Tambopata National Reserve, though hunting-issues has made the camera-shy population there even-more reticent. 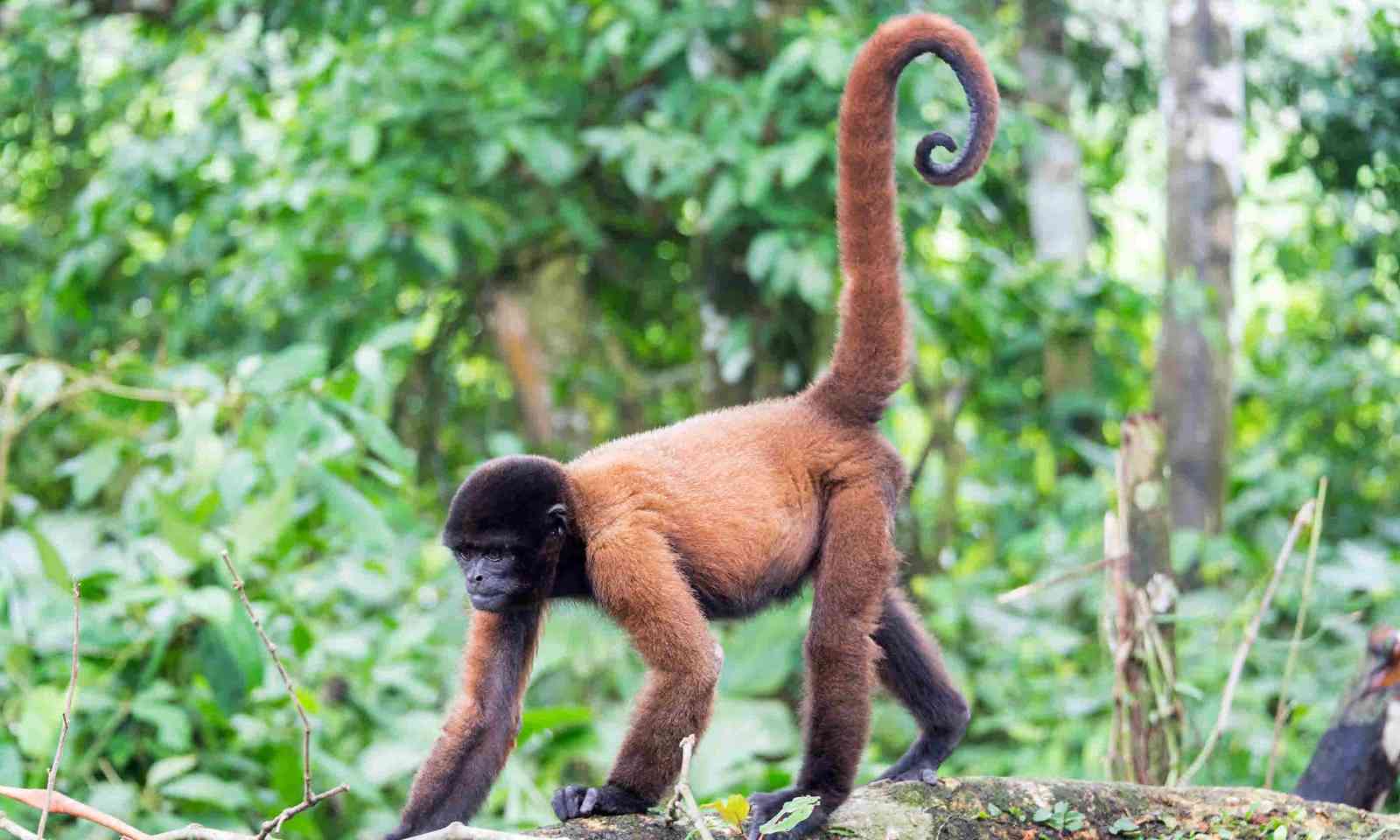 Named for the bushy fuzz-cut of hair that’s sadly made it such an attractive proposition to wildlife smugglers, The woolly monkey somehow defies gravity as the large primate nimbly navigates the forests of the Manu Biosphere Reserve – mainly thanks to its strong prehensile tail.

But if the woolly is the king of Manu’s swingers, hikes out into the forest could also see visitors come face to face with howler, spider, capuchin, squirrel and tamarin… or maybe just hear them: the aptly named howler is reputed to be the loudest land animal in the world: catch their calls on the wind up to five kilometres away. 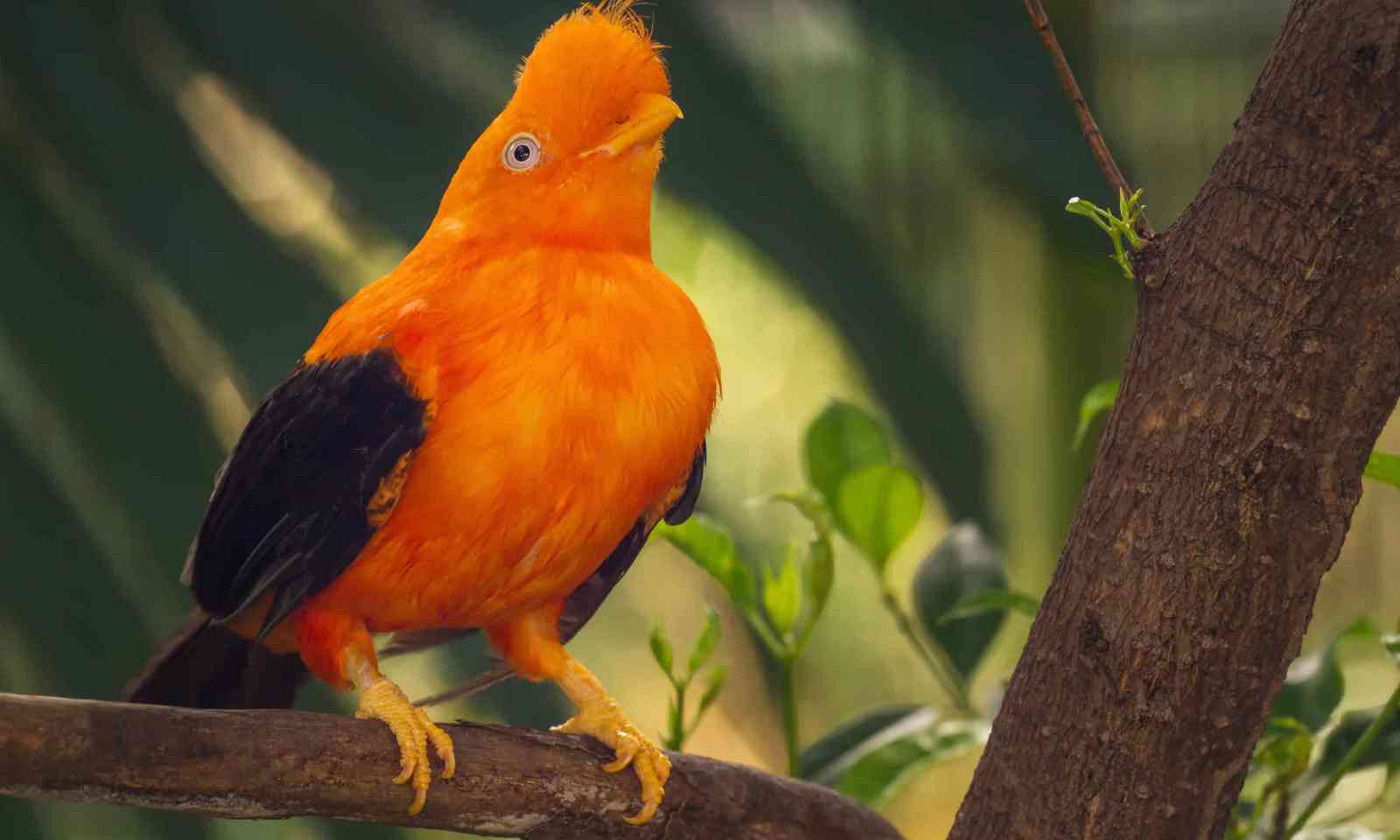 Wild, kaleidoscopic and capable of putting on one hell of a show: there’s a reason the Andean cock-of-the-rock is regarded as the national bird of Peru. The beautiful bird’s mating rituals (August-September) are what visitors will hope to spot this colourful cotinga once they hit the cloudforest along the eastern slopes of the Peruvian Andes’: the hopping male – with it’s resplendent crest – gives out a display of its plumage as the early morning moisture lifts.

The Manu Biosphere Reserve is a safe bet, while wanderers along the Inca Trail could get a big, bright surprise too. 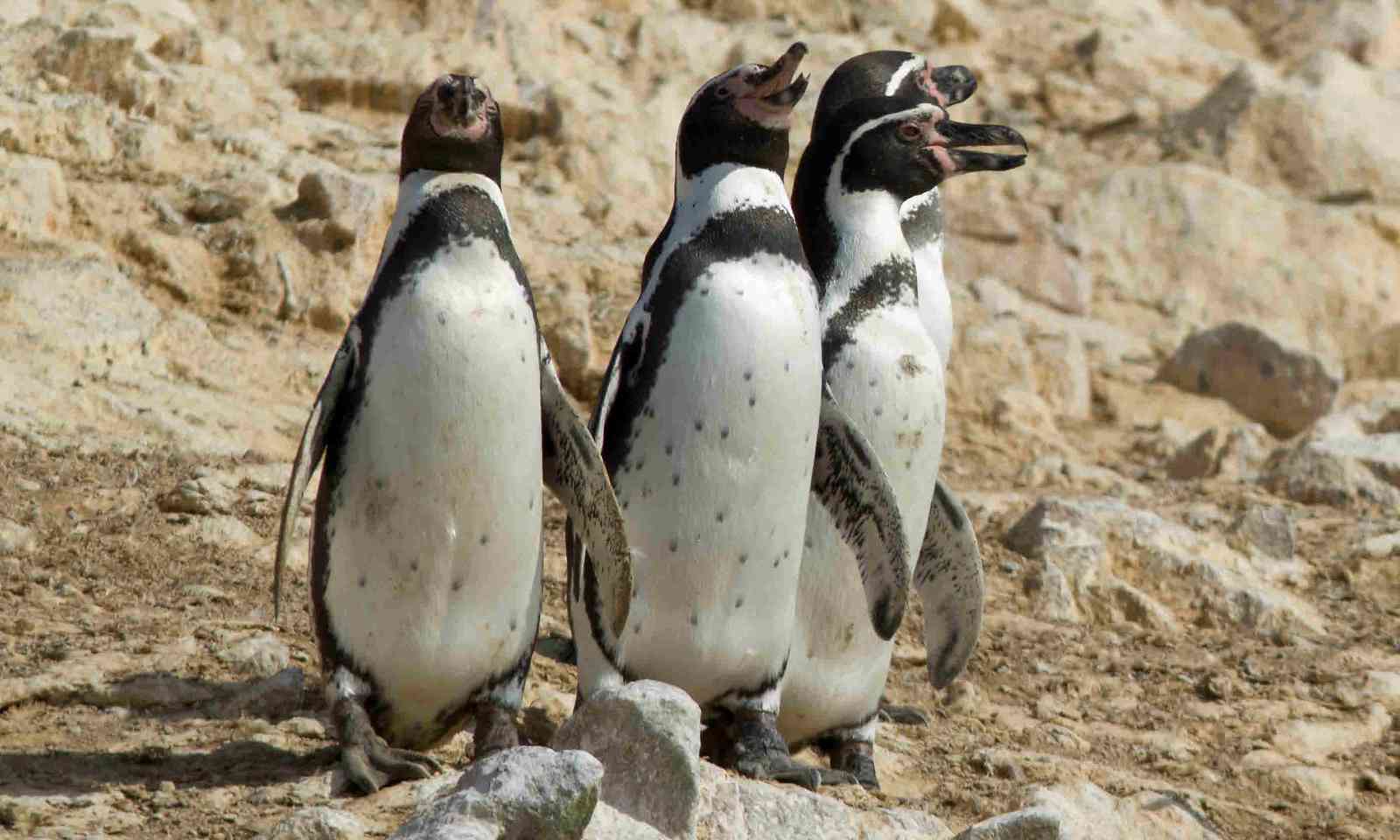 There are plenty of great reasons to visit capital Lima, often overlooked by the Machu Picchu-bound crowds in favour of the hubs of Cuzco and Arequipa. But it’s not just Lima’s UNESCO-listed Old Town that requires your attention, it’s a great base for exploring, whether the Inca site of Pachacamac or the vast cave of Tarma.

Wildlife wanderers can head to the coast to find a number of islands – such as San Lorenzo, Palomino and the Ballestas ­– that are home to the Humboldt penguin, one of the few places where you can see everyone’s favourite flightless bird away from the Antarctic. 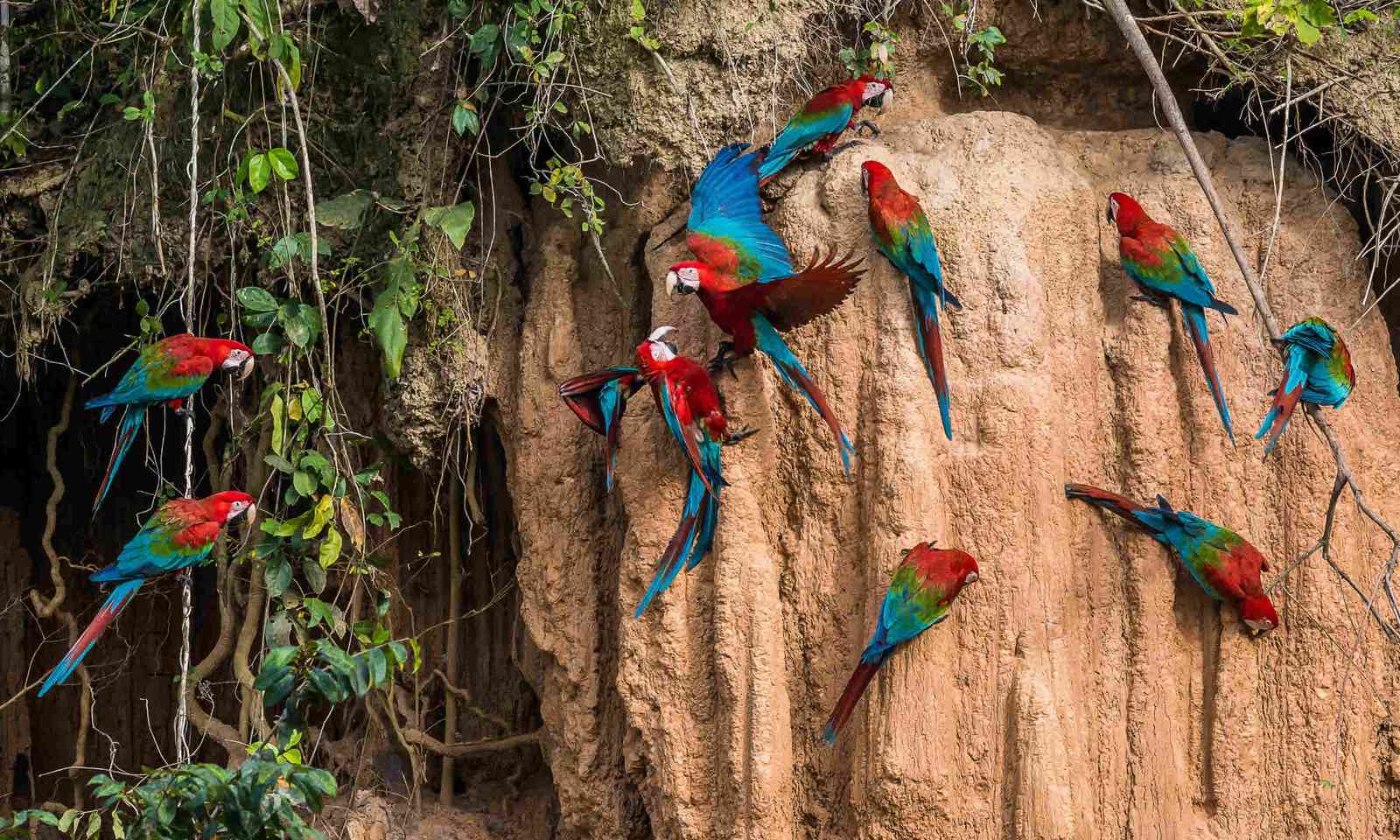 Macaws in clay lick in the peruvian Amazon jungle (Shutterstock)

If you’re looking for macaws, then you’re looking for a clay lick. Coloured as deeply as a tropical sunset, the parrots gather to ingest the detoxifying, mineral-rich clays in their masses, making it one of the greatest – and most richly coloured – wildlife spectacles on the planet.

The best location to experience this is the rainforests of the Tambopata National Reserve, where six species can be spotted around its dense concentration of licks (best during the dry season – May-October); Manu Biosphere Reserve is inevitably another good option. 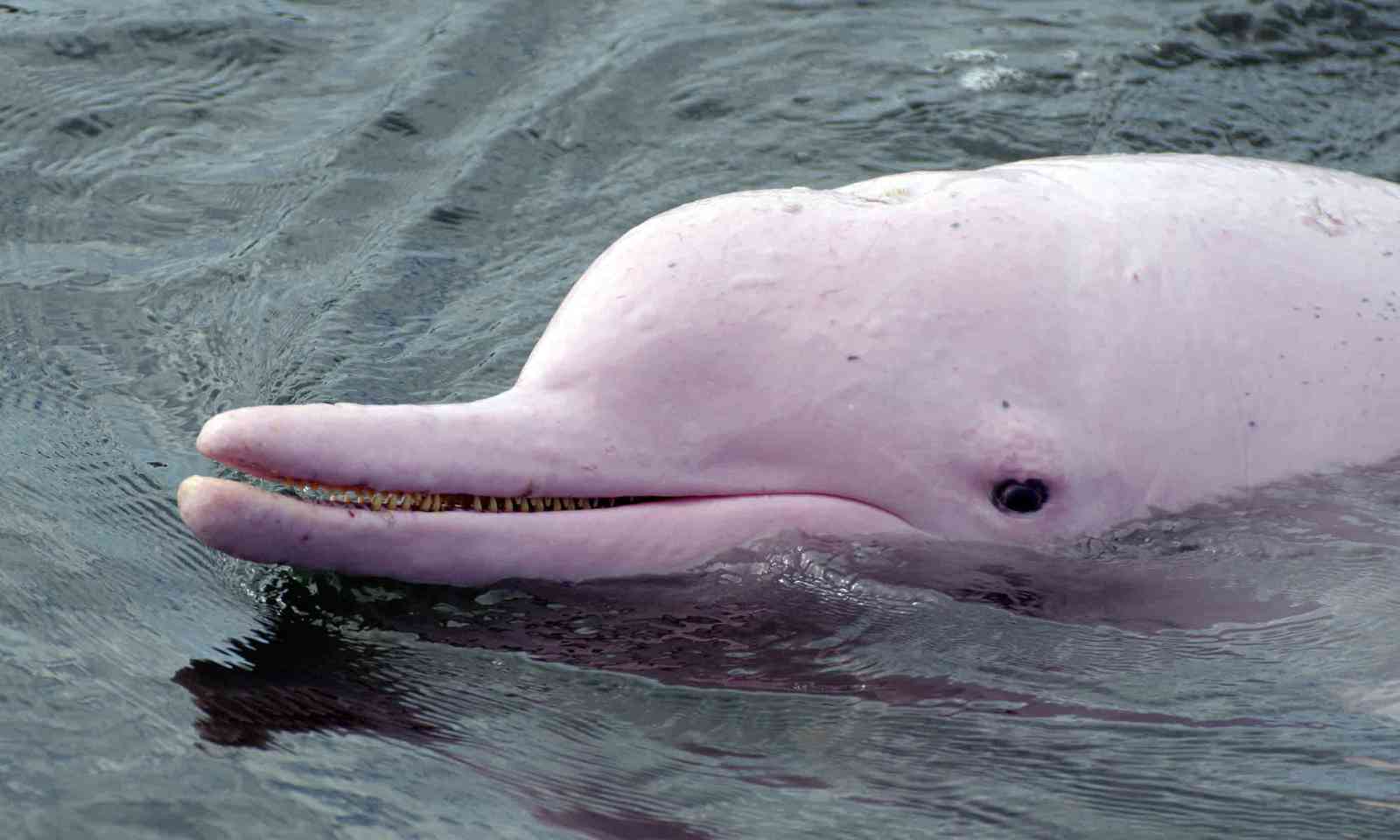 The ‘pink’ dolphin is supposed to have a brain capacity 40% larger than that of humans – this intelligence might well explain why they like to live in Peru.

Visitors to the Pacaya-Samiria National Reserve, deep in the wild heart of the Amazon basin, will discover a playful whale that can be as warm as its unusual colouring: scientists hypothesise that the dolphins’ tint – ranging from grey to mottled, and all the way to blushing pink – could be down to its capillaries being so close to the skin. If you see one, you could flush with excitement too. 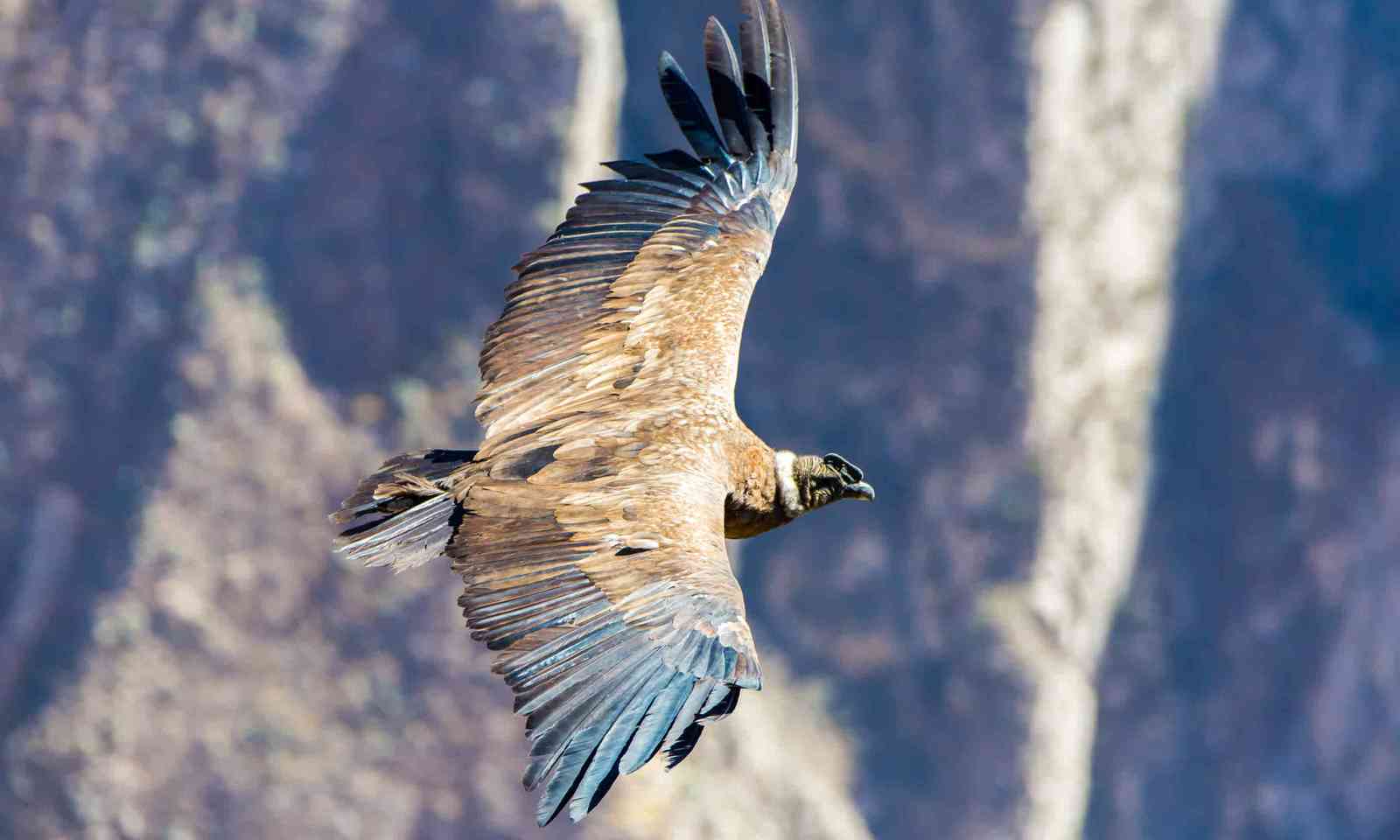 This vulture casts a big shadow over the Andes, quite literally, as it’s one of the largest flying birds on the planet. It also played a huge role in Andean culture, a symbol of strength and the sun god.

They’re hard to track down too, partly because the opportunity to see the 2-3m-wingspan soar typically involves an altitudinal journey either up the Cordillera Blanca – Peru’s highest mountain range, the peaky centerpiece of Huascarán National Park in the country’s centre – or deep into the Quechua-country for the truly titanic gorges of Colca Canyon (go in the June-Nov dry season for best encounters). 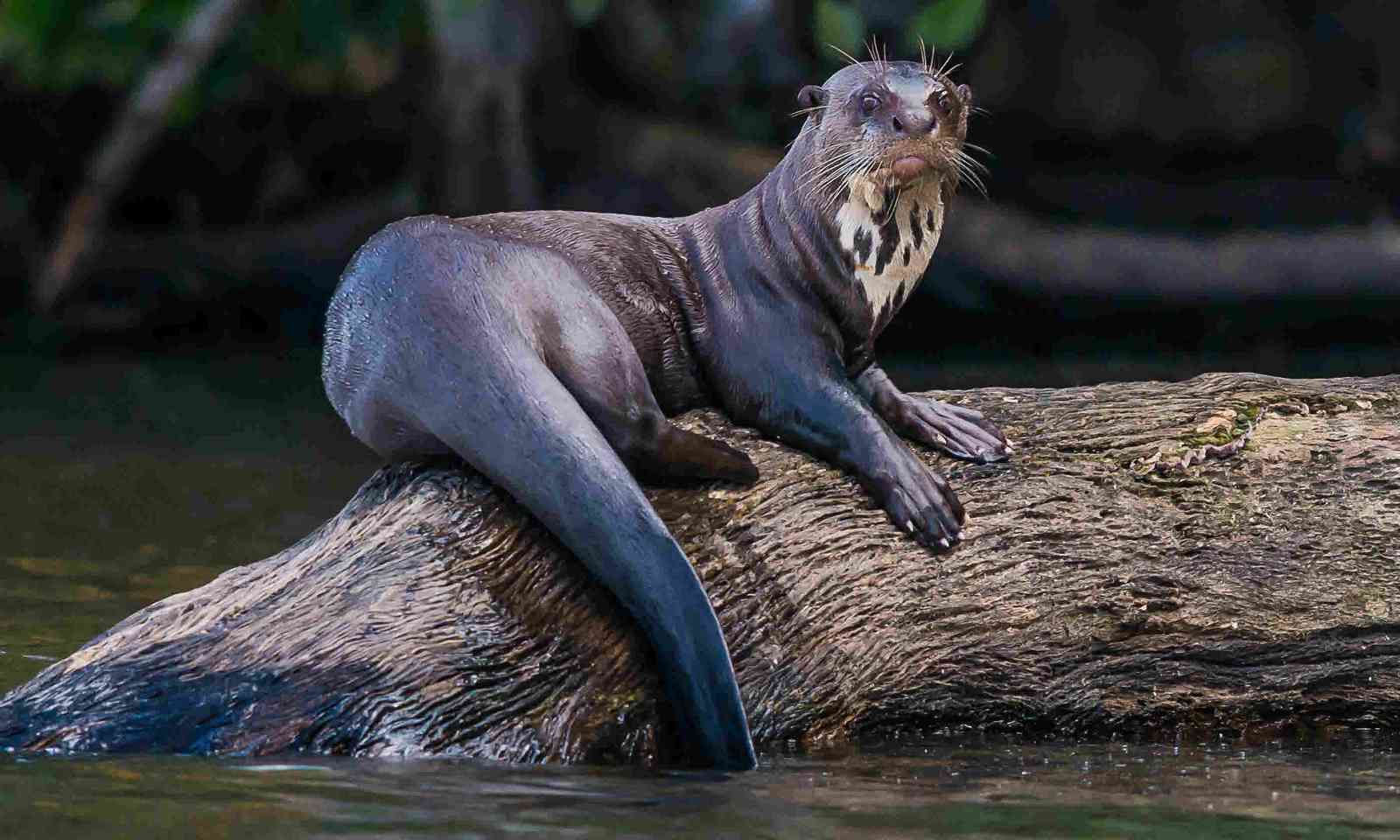 Looks cute, acts tough. This large Mustelidae (otter) is one of the key predators of the Amazon basin, rivalling even the black caiman and jaguar.

The 1.8-metre-long mammal’s main problem has been (you’ve guessed it) man, who has hunted it to the verge of extinction for its astonishing coat and destroyed its habitat.

Only around 2,000-5,000 are thought to be left in the wild, but a boat trip along the clear, fish-dense oxbow lakes of Peru’s Tambopata National Reserve (such as Tres Chimbadas) or the Manu Biosphere Reserve (try the oxbow at Cocha Salvador) can be reliable places to spot one of those sleek heads pop out of the surface – the unique markings on its throat are how you can tell each family apart – with fish or piranha in its jaws. 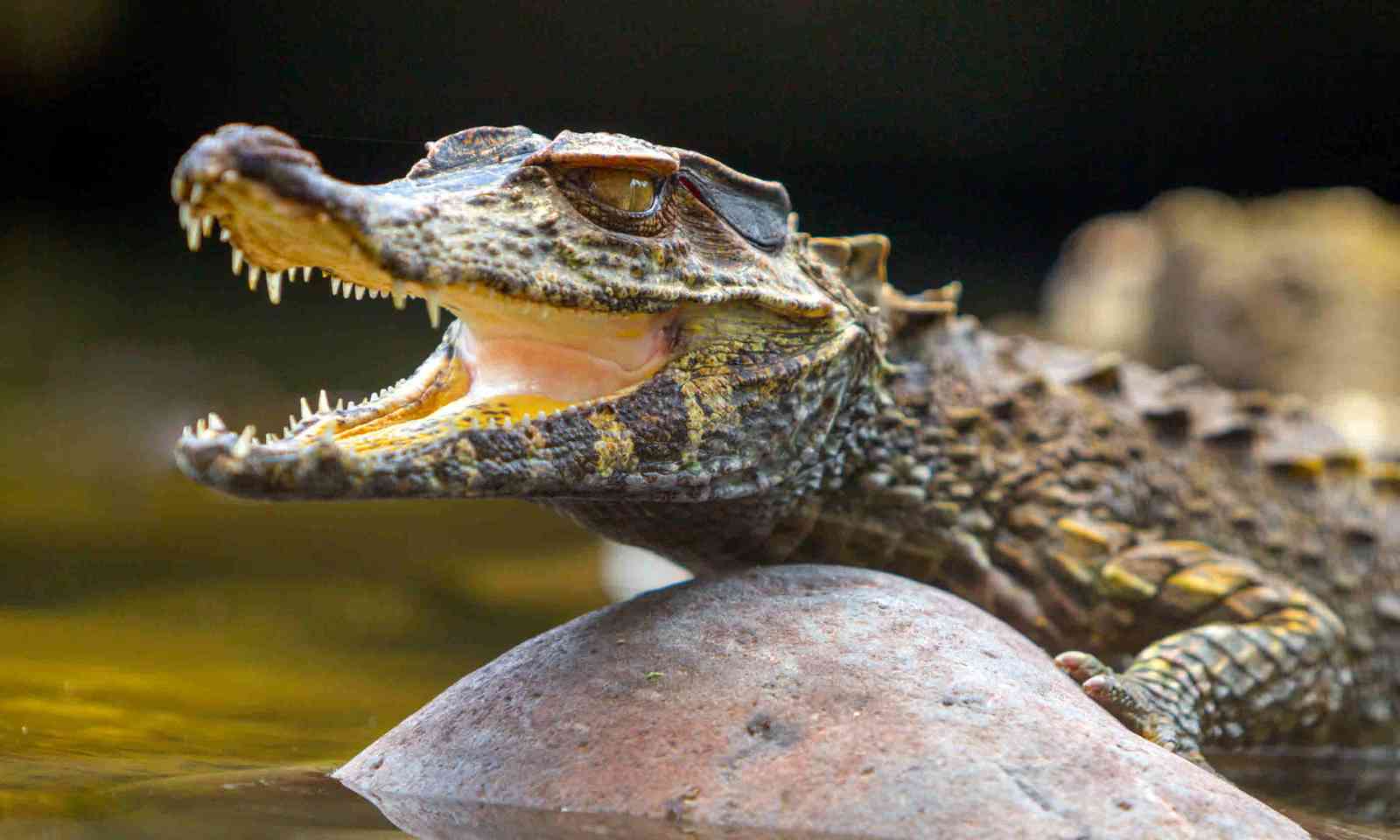 The Tambopata National Reserve, in the Amazon Basin close to the border of Bolivia and Peru, is a good base for spotting both black caiman – at four metres, the largest predator in the Amazon – and the smaller, more-common spectacled caiman. Try an evening tour to give yourself an intimidatingly toothsome adrenaline rush.


Main Image: Jaguar in the jungle (Shutterstock)
ALL INTERESTS