10 facts about Antarctica that you (probably) didn't know

From being a great place to witness a total solar eclipse to being home to millions of penguins, we've got a lot of facts on Antarctica that will make you want to go right now... 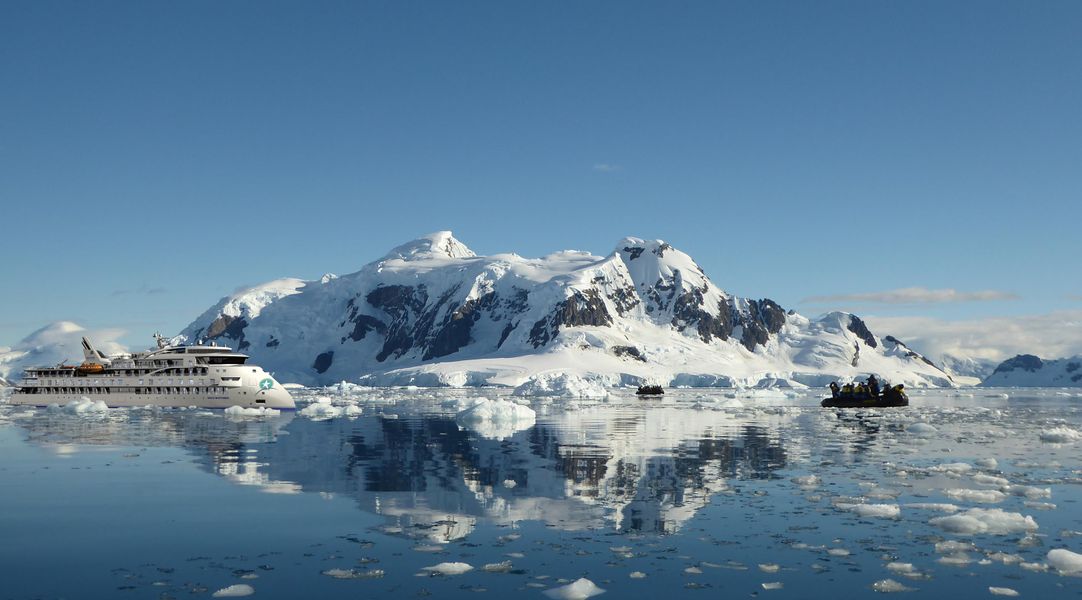 From the first glimpse of an iceberg to sightings of orcas, elephant seals and albatross, the icy allure of Antarctica is the stuff of legend. Polar explorers Shackleton, Amundsen and Hillary were all drawn to this otherworldly place, and now it’s accessible for ordinary mortals. We can follow in their paths to experience the hypnotic beauty from the comfort of sophisticated small-scale cruises. Here are ten fascinating facts to awaken your Antarctica travel bug... 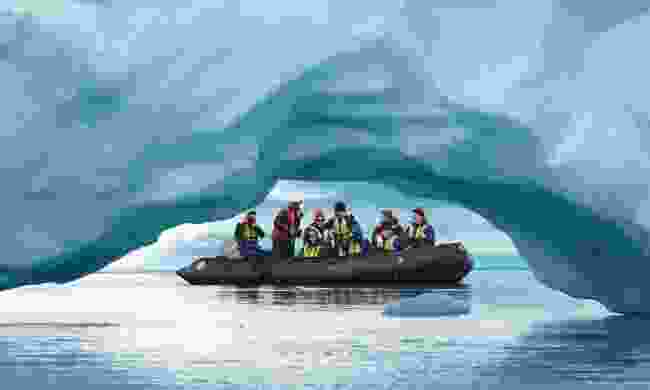 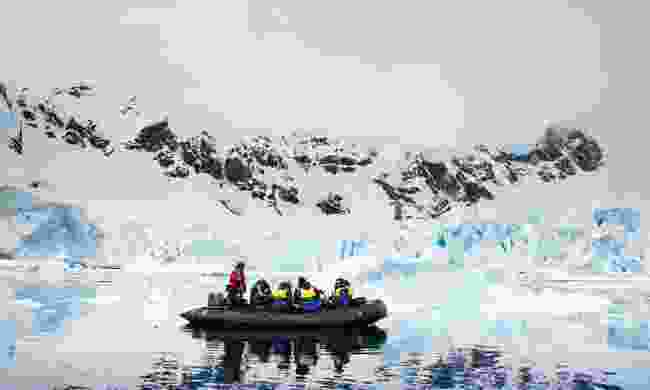 Seeing these blue-tinged freshwater ice giants floating through the freezing waters of the Antarctic is mesmerising. But did you know that an iceberg only becomes official when it’s over 5 metres across? Smaller ones are 'bergy bits' or 'growlers', because they emit an animal-like growl when trapped air escapes as they melt. The largest flat-topped tabular iceberg recorded was Iceberg B-15, which calved from the Ross Ice Shelf in 2000. Longer than Jamaica, at 183 by 23 miles, its surface area was 4,200 square miles.

2. You may see a rare total solar eclipse 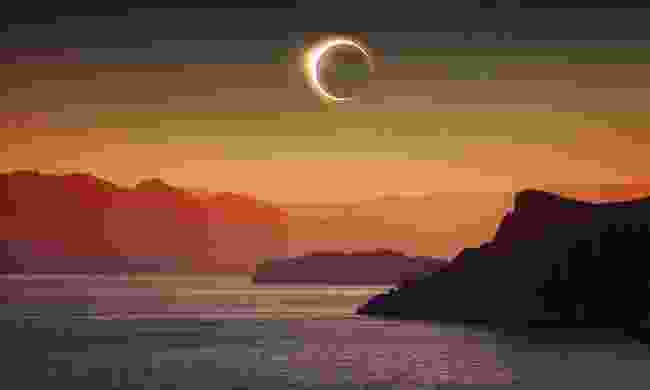 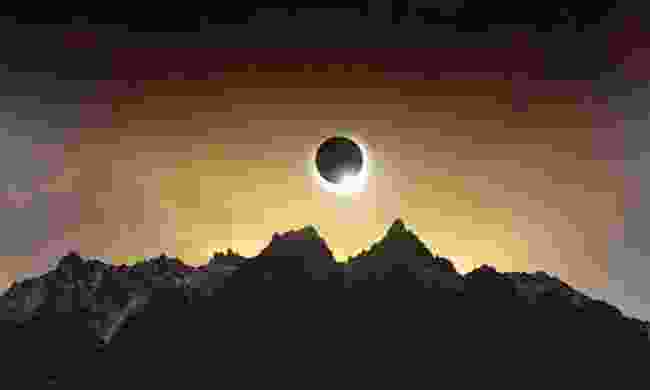 Head to Antarctica over December 4th 2021 and you may witness a total solar eclipse (this trip will take you there). This rare event is only fully visible from a small area on earth, and the Weddell Sea in Antarctica is the best spot. It occurs as the new moon comes between the sun and the earth, blocking out sunlight almost completely. To experience this in ethereal Antarctica, where it’s almost always light at this time of year, is a once-in-a-lifetime experience.

3. There are over 12 million penguins 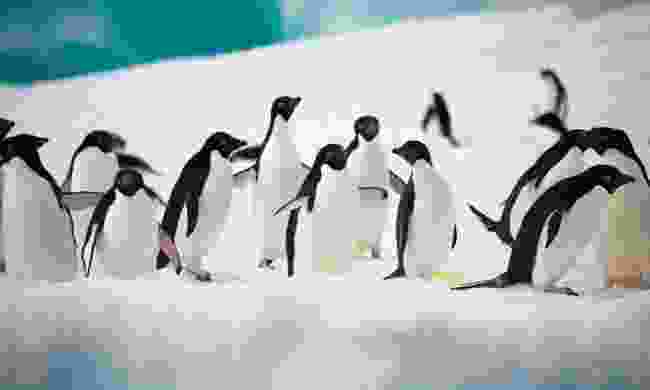 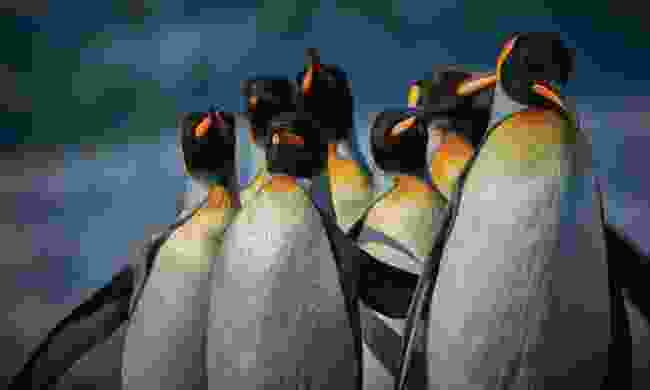 You probably know there are penguins in Antarctica – but 12 million of the little waddlers? This figure is according to penguin-counter, researcher and author Ron Naveen, who spends Antarctica’s summer totting up numbers. His State of Antarctic Penguins report counts emperor (which can dive up to 1,850 feet), Adélie (whose numbers are declining), chinstrap (named for the black band under the head), gentoo and macaroni penguins. Antarctica voyages like these give you an up-close look at these stunning flightless birds in vast numbers.

4. You can retrace Shackleton’s route and footsteps 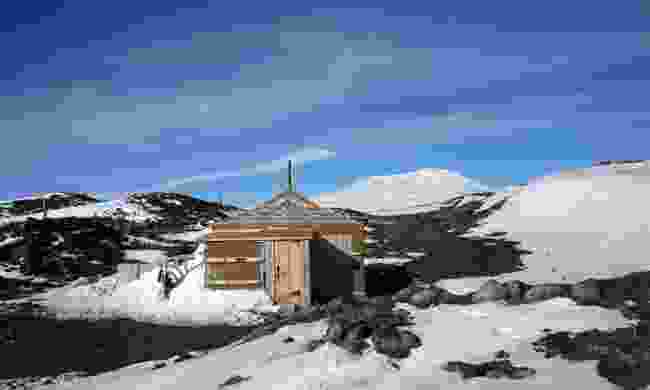 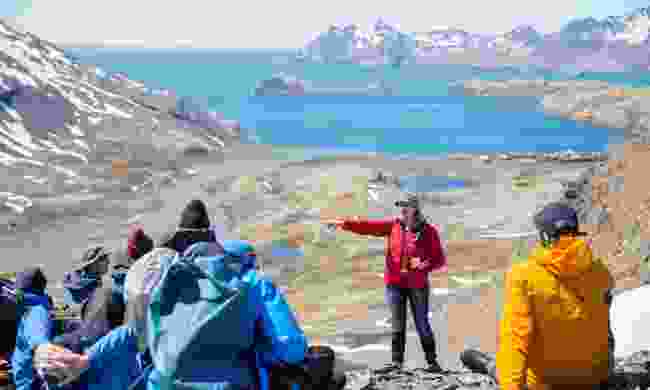 Learn more about Shackleton by tracing his footsteps (Shackleton Walk)

Where Shackleton and his men struggled for 16 months in open boats in the Weddell Sea on an epic voyage after The Endurance was crushed by ice, you can travel in style, heading to tiny ice-cloaked Elephant Island. Here, they set up camp under upturned boats, before Shackleton, Worsely and Crean climbed back into a tiny vessel to find help across the Scotia Sea in South Georgia. Hordes of king penguins, sea birds and fur seals would have greeted them – and still welcome modern visitors. You can retrace the last leg of the heroic trio’s walk from Fortune Bay to the old whaling stations at Stromness. For anyone fascinated with Shackleton, this is a bucket-list must.

5. There are boat-based photography courses 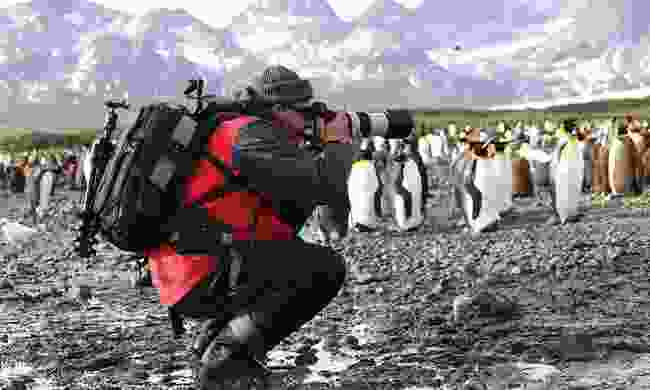 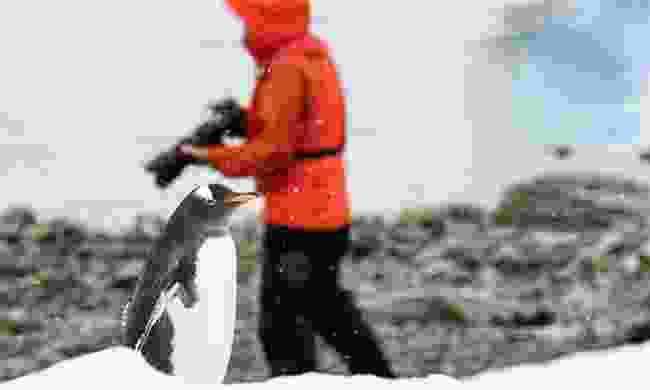 Learn how to protect your camera from the cold (Dreamstime)

Always bring a camera to Antarctica or you may regret it. Go one better and join a voyage with an expert landscape and wildlife photographer on board to improve your snapper skills and you’ll be glad you did. Select expeditions offer lectures and presentations to improve your photography, before giving hands-on advice in capturing the spellbinding scenes and inquisitive wildlife. They’ll also offer hints on how to look after your camera in extreme environments.

6. You can spend Christmas in Antarctica (complete with turkey roast) 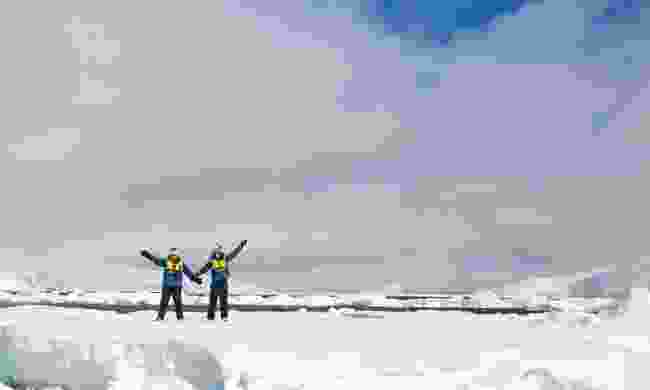 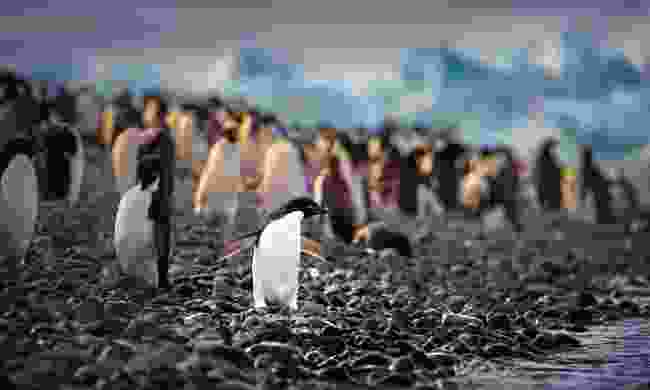 It’s guaranteed to be a white Christmas down under in Antarctica. Take a voyage over the festive season and you should see penguin chicks hatching. It’s also bang-on mid-winter which means 24 hours of daylight, so you can zip out on a Zodiac cruise after dinner and still enjoy plenty of light. It’s a great time to see minke and humpback whales, too. And if you travel with Aurora, you’ll get a full on-board turkey roast on the 25th.

7. It’s possible to kayak and paddleboard in the ice-strewn waters 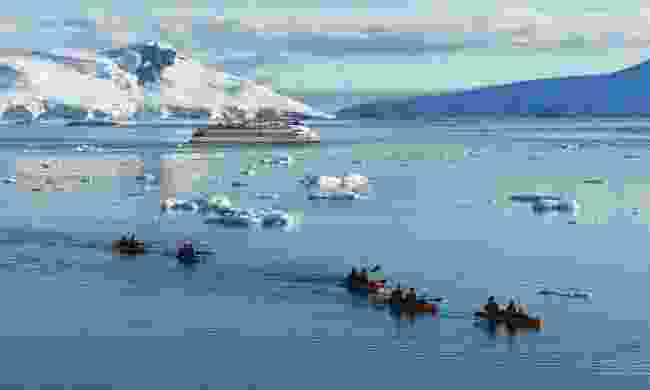 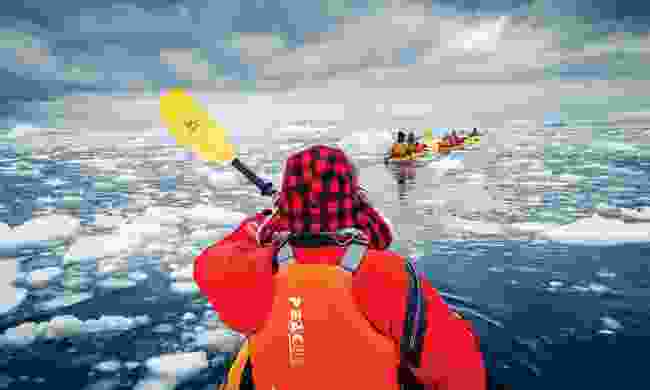 There is really nothing like floating unobtrusively around the icebergs, bird-studded cliffs, and penguin rookeries of Antarctica on a kayak or even stand-up paddleboard. Sometimes you’ll just gently drift in total peace, while at others you can paddle your kayak a good distance, stopping for a warming hot-chocolate before returning to your boat. It’s the best way to immerse yourself in this unique environment, so close to the water. These are moments that will stay in your memory for the rest of your life.

8. It’s a fantastic place for fossils 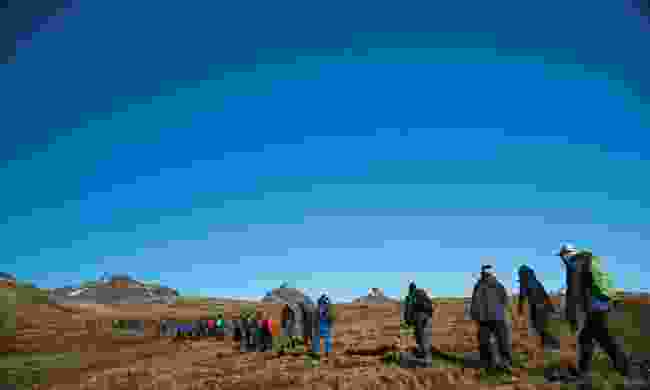 Keep your eyes to the ground to find fossils (Chrissie Goldrick) 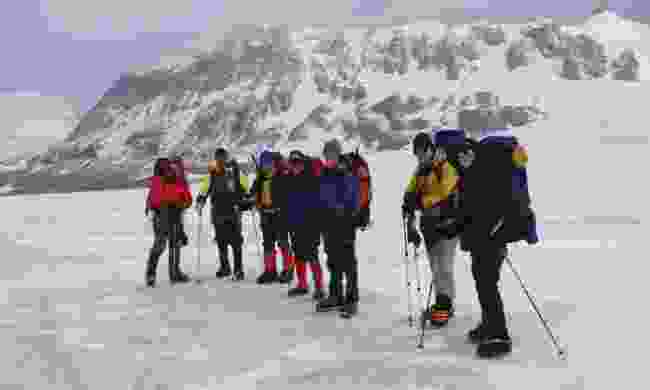 Keep an eye out for fossils (Tarn Pilkington)

Roughly 250 million years ago, Antarctica was green and forested and attached to other continents. Today, palaeontologists come to study fossilised forests, dinosaurs, insects and petrified sea creatures. Recently, an iguana-sized early dinosaur-relative was discovered, named Antarctanax Shackletoni – Antarctanax meaning Antarctic King, and Shackletoni in honour of the explorer. One of the discovery team, Brandon Peecock, told CNN, ‘Antarctica is one of those places on Earth, like the bottom of the sea, where we're still in the very early stages of exploration.’ On 21st-century trips, you can visit fossil fields with a specialist palaeontologist.

9. You can get up close and personal with feeding whales 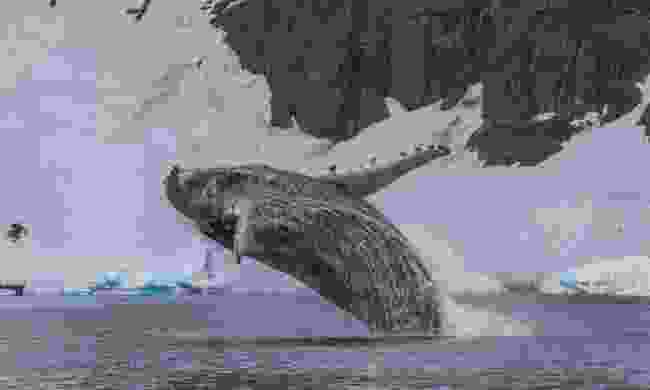 A breaching whale will take your breath away (Aurora Expeditions) Climb aboard a Zodiac rigid inflatable boat to explore the Antarctic Peninsula’s hidden picturesque bays. Here, low in the water, your backdrop is towering peaks and monumental glaciers, while at eye level you can spot humpbacks and minkes. Watch them gulping krill from the surface, while seals lollop about on the ice or swim gracefully in the sea, only scarpering if there are hunting orcas about.

10. See some of the world's hardiest wildlife 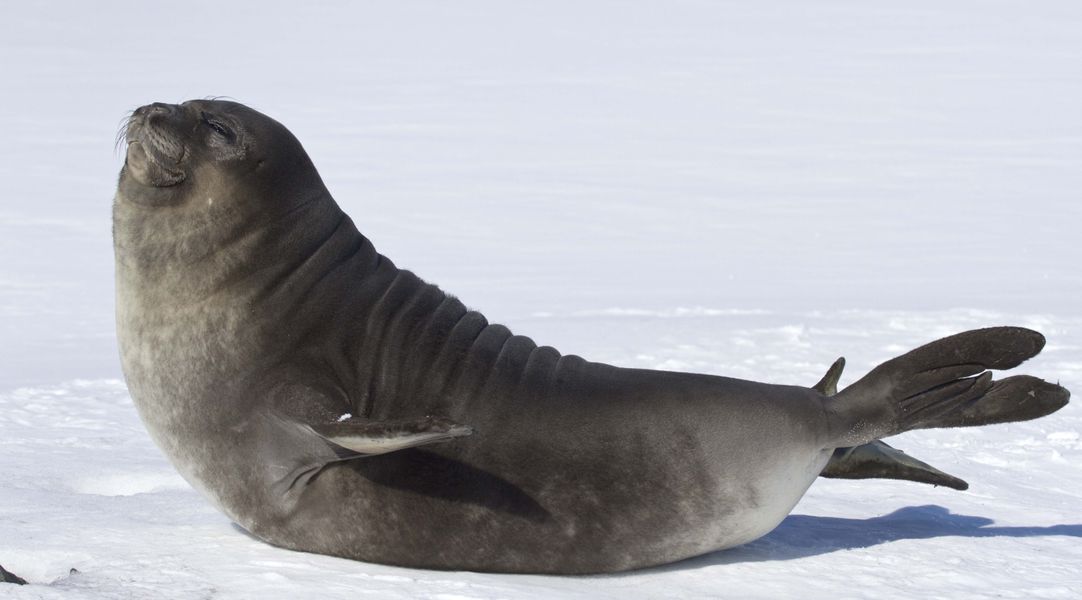 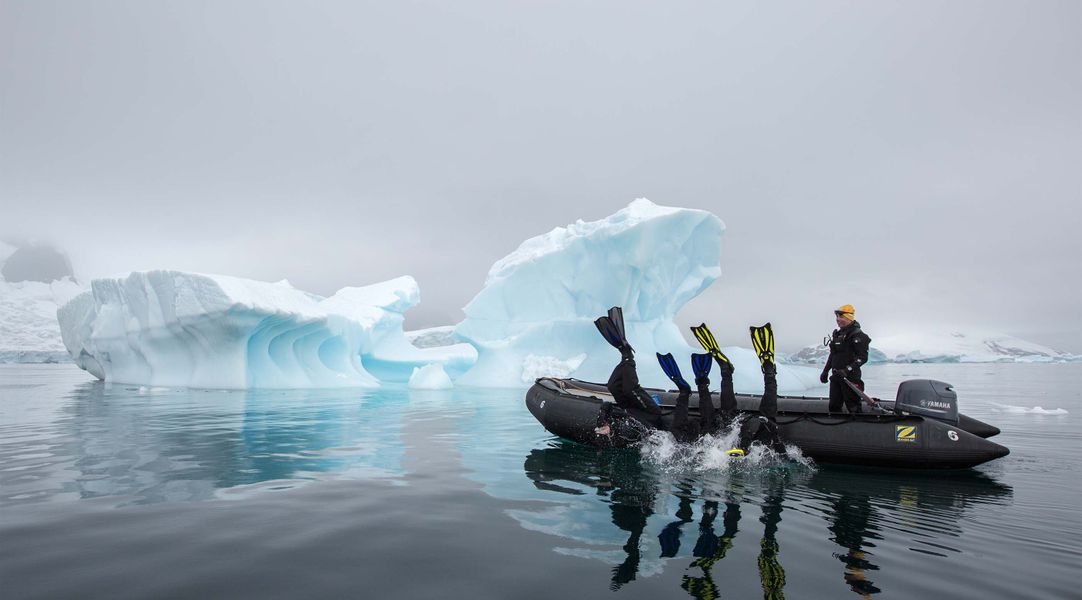 From the rarely-landing albatross and giant petrels that glide on air currents behind boats, to the crazy commotion of vast penguin colonies and the sublime sight of whales, wildlife spotting is a key part of Antarctica expeditions. During summer (December-March), penguins nest and ravenous chicks wait for their parents to return with fish. Galumphing elephant seals mate and guard pups; Weddell, Southern fur, elephant, and crabeater seals all spend summers in Antarctica. If you’re a certificated diver with plenty of dry-suit experience, you can even see marine life below the surface with Scuba experts.