The world’s most awesome rainforests and how to visit them

Verdant and teeming with life, rainforests host more than 50% of earth’s animals and plants. For travellers, they are full of adventure, beauty and unforgettable wildlife encounters 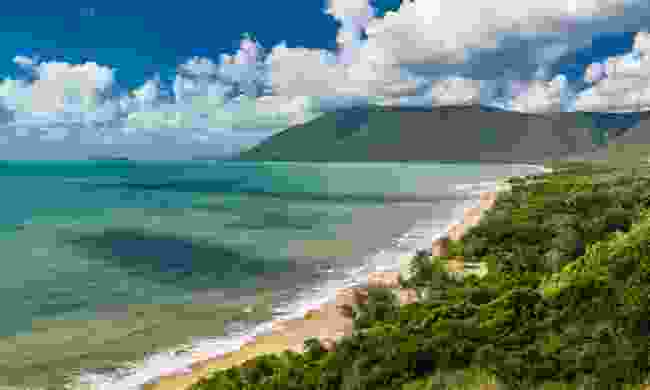 Part of the oldest continually surviving tropical rainforest in the world, Daintree National Park lies on the north east coast of Queensland in Australia. It combines tropical rainforest, white sandy beaches and fringing coral reefs and is home to a huge variety of unique flora and fauna, including cassowaries and the rare Bennett’s tree kangaroo. You'll also find some of the earliest plants on Earth, such as the Lycopsida and Psilotopsida.

Listed as a UNESCO world heritage site in 1988, Daintree National Park is reached by a cable ferry at Mossman Gorge and offers a multitude of walking tracks, camping sites and other accommodation options. The rivers and beaches here are pristine. Just keep an eye out for salties (saltwater crocodiles) before diving in. There are usually signs warning of their presence. 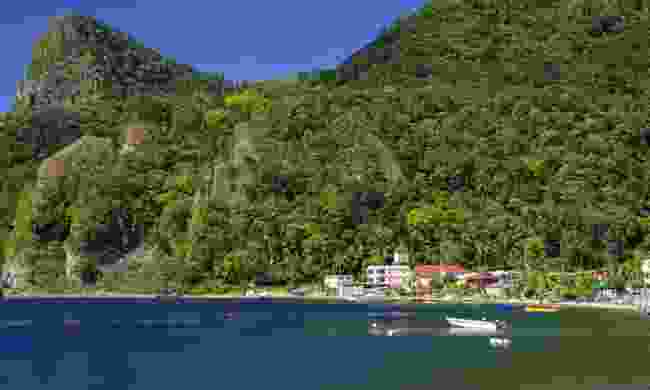 Nicknamed the ‘Nature Island of the Caribbean’, Dominica is almost entirely covered in rainforest. A thick, mountainous interior has kept most development on the coast and the government has taken strict measures to create an economy that puts sustainability and the protection of the environment first. The result is a haven for hikers, nature lovers and bird watchers alike.

Much of the rainforest has been turned into national parks. The Morne Trois Pitons National Park boasts luxuriant rainforest as well as a volcano, fumeroles, hot springs and the world’s second largest ‘boiling lake.’ The Morne Diablotin National Park is home to a special bird reserve, created to protect indigenous species of bird and the highest mountain, a popular trek with hikers. 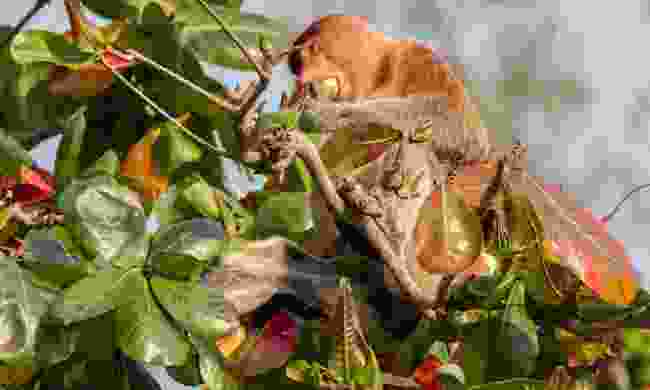 Bako is Sarawak’s oldest national park and only 37 kilometres from Kuching. Just 27 square kilometres in size, it’s small, but it packs an awful lot within its borders. You’ll find steep coastlines, dense rainforests, tropical beaches and other-worldly rock formations – as well as the largest number of Proboscis monkeys in Borneo.

A network of 16 marked walking trails of different lengths allows visitors to explore the park. The Pandan Kecil Trail will take you to the beach. The Lintang Loop Trail, on the other hand, will take you through the park’s diverse ecosystems and habitats, and offers the best chance to spot Proboscis monkeys and the largest flower in the world, the Rafflesia. Keep an eye out for flying lemur, pangolin, tarsier, bats, slow loris and palm civet. 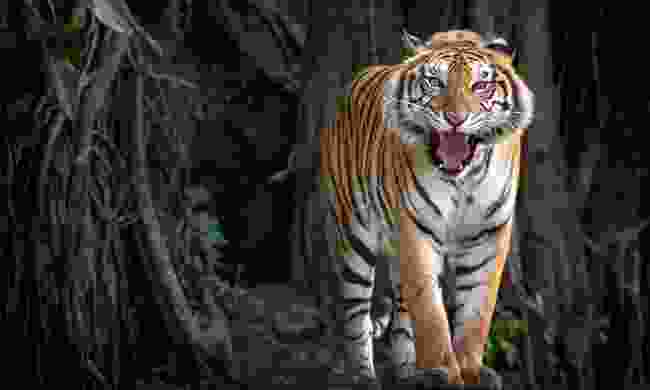 One of the world’s bio-diversity hotspots, Harapan rainforest near Jambi, in Sumatra, is home to many of the world’s most threatened wildlife species including the Sumatran Tiger, Orangutan, Asian Elephant, Malayan Sun Bear and Clouded Leopard. It is nicknamed ‘The Forest of Hope’ and environmentalists are working hard to protect it from the threat of logging, mining and palm oil plantations.

The forest is a haven for bird life too. To date, 305 bird species have been recorded at Harapan, including nine globally threatened species like the Storm’s stork. You’ll find four critically endangered plant species here too, as well as the Rafflesia. 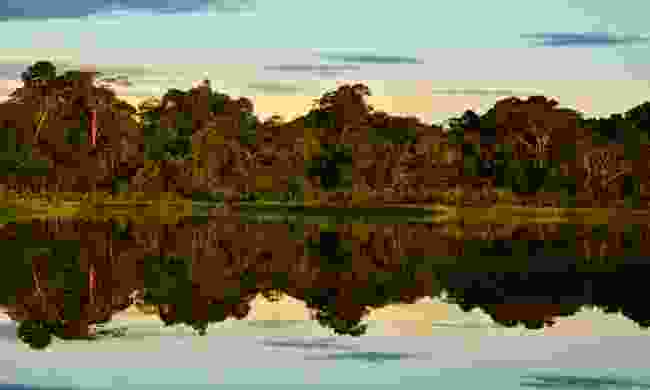 Amphibians love Ecuador's Yasuni National Park. Lying within Napo moist forests ecoregion, it is home to a record 150 species. In fact, the park is at the centre of a zone where amphibian, bird, mammal and vascular plant diversity all reach their maximum peak. It is the largest protected area of the continental Ecuador and protects an impressive biodiversity in the heart of the Amazon rainforest.

Visiting the park is not easy, but the rewards are great. You’ll have to fly from Quito to Coca – or catch a bus, if time is no issue. Then stay in one of the lodges scattered through out the park. They help you organise trips deep into the rainforest in search of jaguars, caimans, toucans and turtles and maybe a meeting with local indigenous tribes, the Tagaeri and the Taromenane. 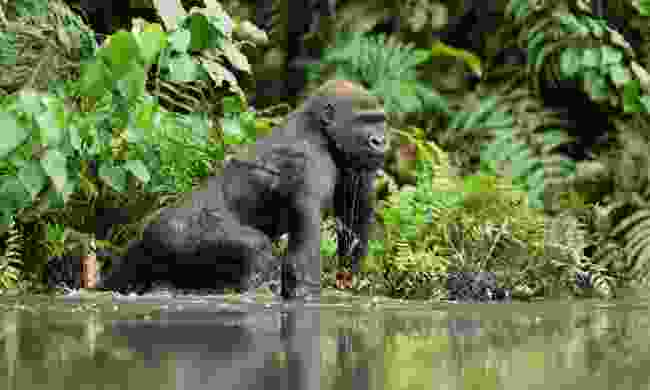 Dubbed ‘The Last Eden’, Loango National Park in Gabon is a tantalising glimpse of how the world once was. It contains some of the most pristine virgin forest remaining on the African continent and is home to gorillas, forest elephants, water buffalos, and hundreds of other species of birds, reptiles, and mammals.

The park is famous for its ‘surfing hippos’, captured on film by National Geographic photographer Michael Nichols. Indeed, watching unlikely beachcombers emerge from the forest as the sun sets is the undoubted highlight of any visit. Forest elephants are amongst the first to arrive and even gorilla families occasionally forage in beachside trees.

Historically, visiting the park was an expensive exercise, but the emergence of local eco-tourism community projects means that a visit is now more affordable. 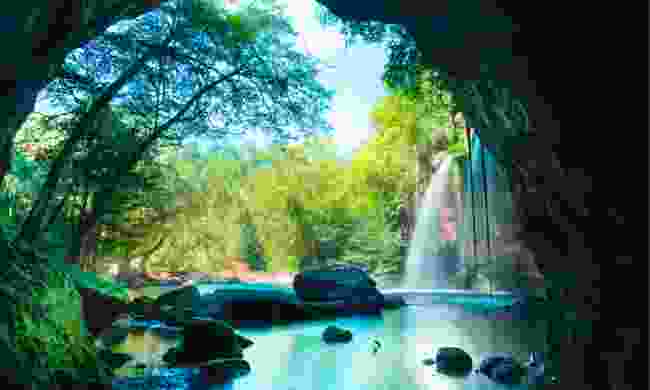 Khao Yai National Park is Thailand’s first and oldest national park. It was established in 1962 and is just three short hours away from Bangkok. Set around the Dong Phaya Yen Mountain Range, it is home to more than 40 waterfalls, 112 mammals and almost 400 bird species. Larger mammals include deer, wild Asian elephants and, if local legend is to be believed, white tigers.

The best way to travel around the park is to cycle or rent a scooter. There are a number of campsites and bungalows within the park as well as accommodation outside its boundaries. They’ll happily organise a tour of the park for you, sometimes with a knowledgeable local guide. Or you can set off on one of the many trails yourself.