Rudolph reveals all: Exclusive interview with the world's most famous reindeer

We catch up with Santa's biggest helper to find out how they have coped with lockdown in Lapland, the plan for Christmas Eve, and how he gets his nose so shiny... 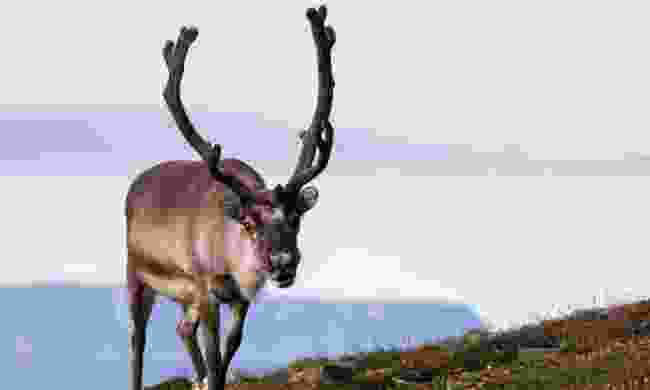 Male reindeer walking through Bjorndalen in the summer (Dreamstime)

Rudolph, thank you for agreeing to an interview. Why do you have a shiny nose?

You’d have one too if you were fed lichen soaked in vodka. It’s no secret that Santa likes a tipple or two, so do leave a little something out for him on Christmas Eve – schnapps, sherry, whisky, rum... any local firewater will do.

Christmas Eve? But surely you're not planning to still travel around the world? Don't you know there's a pandemic on?

Santa says that we can't let the kiddies down. I've seen trolls on social media accuse him of just wanting all the free booze and mince pies... FAKE NEWS!!!!! But we will be wearing face masks and practising social distancing so please don't come close if you see us. Leave your treats for us in an obvious place and we'll leave you something in return ;-)

And how has lockdown been for you all?

Well, Santa has, ahem, put on a bit of weight, so the team and I may well be feeling that tomorrow as we haul him around the world. I've been muscling up in anticipation (those Joe Wicks workouts do the trick) - wait till you see my six-pack!

Don’t male reindeer lose their antlers in the autumn? Are you really a girl?

Hey baby, come and see my etchings and you’ll soon find out whether I'm a male or not. That rumour is more FAKE NEWS put out by certain Bah Humbug-types. It is true that some males lose their antlers in the autumn or winter, but not me, baby.

You're busy at Christmas, but what do you reindeer do the rest of the year?

Well, usually we do what everyone else does; we eat, sleep, do a bit of travelling, do a bit of work. Late spring we migrate to summer pastures – it’s a bit like the original hippie trail.

In winter, we would usually get to meet lots of tourists who are crazy enough to come to Lapland. We pose for pictures, pull them on sleds; we sometimes run away with them. It’s fun.

But this year we've been in a bubble and had to amuse ourselves. We've been eating the sourdough loaves that Santa has been making, we've watched webcams of other deer around the world, and we've had a go at yoga. But baby, we're bored. 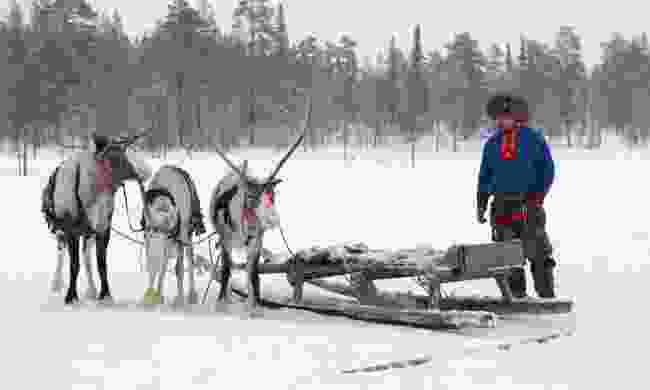 So, once we can travel again, where are the best places to see reindeer?

Well, I live in Lapland looking after Sami people. The IceHotel is a good place to meet us. You can also see my brethren throughout the Arctic Circle, including some stumpy-legged ones in Spitsbergen (dunno what happened there).

(P.S. Here's a few more places where you can see reindeer)

What’s changed for you in the past few years?

Oh, for the golden days of travel before satellites. No-one used to know where we were on Christmas Eve. We could just pop up somewhere, saying “surprise!”

A bit like the Poste Restante system. Now, NASA and other North American agencies track us on noradsanta.org. Do they think we’re spying for North Korea?

[Splutter]. We fly at over 600mph – just ask NASA. We've also been tracked by Air Traffic Control in the UK and all over the world. So there! We also invented snow-shoeing and snowboarding – our feet are especially adapted, so you humans just copied us.

And we’ve been flying since the Bronze Age; there is rock art that proves it to you sceptics. So look to the skies and you may have a surprise.

Enjoyed this interview? Try a few more... but with humans:

Bettany Hughes: Treasures of the World

Steve Backshall: Exploring the unknown corners of the world