He may be known for his intrepid and investigative overseas travels, but Simon Reeve turned his sights closer to home for his next TV series as he explains to Lyn Hughes

How did the idea for the Cornwall series come about? And was it your idea?

No, it wasn't. And I slightly resisted it. I wasn't convinced that we could make it work there. And I suppose I'd bought into just a simple stereotype of Cornwall really. And it was idiotic of me, because I have found out over and over again that there is more light and shade and depth and colour and problems and glory everywhere on the planet. So of course, there was in Cornwall too. I think I had bought into the beaches and surfing image of the place.

Then as soon as you start doing even the most basic research, you start uncovering stories and issues and the history in the mythology and everything, of course. And so, it became a bit of a no brainer. Because during this summer, Cornwall was such a focus of vacation desires. But it's also a microcosm of so many changes and issues we face during the pandemic, and more broadly as well as a nation. So, when it was mentioned to me and my colleagues we thought we'd be mad not to do it.

This year has been particularly devastating for Cornwall from the point of view of jobs?

Not just this year. There is the staycation Cornwall, the tourism aspect of the county, of course there is. But there's also the fact that Cornwall is really a post-industrial part of the UK and during our great industrial decline it lost an enormous number of jobs. And I don't think enough people outside or even inside Cornwall fully appreciate the scale of that. And as a result, there is a shortage of longterm careers there, and a shortage of employment for a lot of people.

Agriculture is now the biggest industry, but tourism employs the most people. People really aim to make as much money as they can during that eight-week summer season to tide them over during the long, cold, tourist-free winter. The great fear in Cornwall this year was that they were going to go through three winters back to back - winter last year, effectively a winter over the summer this year, and then the winter that's coming now. And that would have driven enormous numbers of people in Cornwall into poverty. Luckily for them, the lockdown lifted just in time and most people were able to make at least a decent amount of money. It's not as much as they would have done, but hopefully that will tide them over. It's a very tourist dependent area. 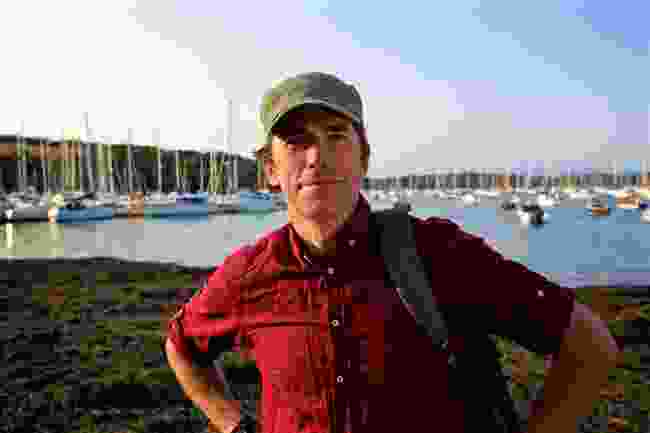 There are some big surprises in the programme, such as the foodbank you feature…

Yes, we met the legend that is Don Gardner and his foodbank. When it started 12 years ago, they were serving 72 meals a month; now it’s 14,000. It’s bloody staggering. Dear Don, what a man he is, looking like a retiree on his way to the bowls club or something. And he's actually not just a founder, but still runs super actively, the largest independent food bank in the country. To donate to the foodbank visit this Crowdfunder

And I think what he's a testament to is the most important aspect of travel for me, which is that it's people that are the reason we want to really travel ultimately more than anything.

Travel is about the experience and everything else as well but, ultimately, it’s fundamentally about people.

Most surprising and wonderful about this series was just that everybody, we met and filmed was inviting and warm and brilliant and surprising and funny and inspiring. I was really blown away and I think that, in these dark times, I found a lot of solace and hope in the people that I met. I honestly believe that they're representative of the country as a whole, and that with a little bit of nudging and leadership, there is nothing we can't overcome.

What an amazing bunch we met and what an amazing people the Brits are. And I speak as somebody who has obviously spent far too much time abroad, but does at least then have the a bit of the ability to take an outsider's perspective on us as a whole.

It does feel as if Cornwall is overlooked, or only seen as a holiday and second-home place…

There is a potential massive shift underway as folk who can, move away from cities and towns where they don't need to be, to greener and leafier parts of the country and Cornwall as much as anywhere will benefit and equally struggle with that because of the pressures on housing but also the new communities that will develop as a result.

It's got an enormous amount to offer. It’s basically almost an island jutting into the Atlantic. It’s got the wilderness and the wild. It's got the landscape and the mystery. It's got the light and the climate. And it's got the isolation, which works both for and against it. And, you know, in terms of travel, it's very easy to forget how disconnected Cornwall is from the rest of the UK.

The time it takes to get to London is equivalent of going from London to Glasgow. It takes 2.5 hours to get from Camborne by train to Exeter in the next county for goodness sake. That's only midway down Cornwall. That's not even the furthest reaches. So, that disconnection is a challenge. But it's a beauty as well. It's part of what draws people there.

In terms of travel and tourism, in my humble little opinion, having been in Cornwall but, feeling like a bit of a telly traveller as well, we don't need to feel guilty about travel. And we need to recognise it's a fundamental human right and we have to reclaim it as quickly as we can, despite the  madness of the current situation of the pandemic.

We need to travel as a species of the people. Many of us have it as part of our DNA and our reason to exist. And it drives so many wonderful aspects of life; not just our base desire to get a tan from sitting by a pool, but our fundamental desires for connection and all the joys of life that go with it.

I know people will be in Cornwall if they're allowed this winter because we're craving any bloody break we possibly can get. But I know travel will return as soon as it can after the pandemic or whenever we're allowed, because it's what humans have done forever. 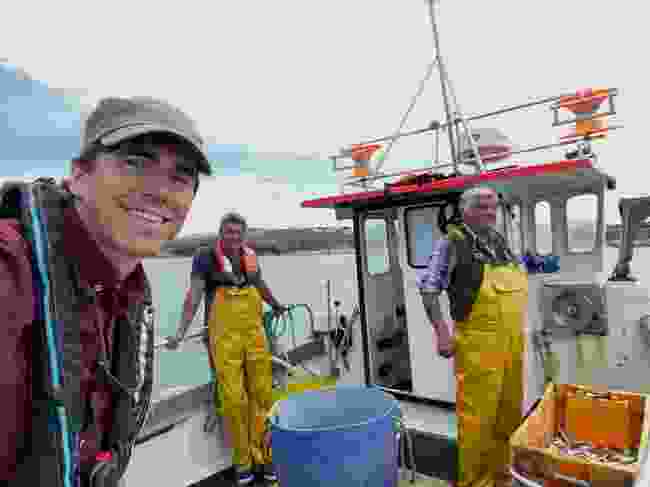 You’ve travelled overseas a lot - did this touch you in the same way?

Yes, it absolutely did. Yes, I had the same feelings. And yes, it touched me the same way. And I think you've identified for me what was special about it.

It's not as climatically extreme as some parts of the world. There's not the mountains, the desert, or the indigenous communities in a jungle, But there are extreme lives, and there are fantastic stories, and there are wonderful and inspiring people to meet. And for me, that's the greatest absolute joy of travel.

And somebody like Don, who runs the foodbank or Sue Sayer a self-proclaimed seal nut who took me out to see grey seals off the coast -  they are just incredible characters and fascinating and glorious to meet and unforgettable as a result. And yes, they touched and inspired and surprised me. And, you know, I feel slightly guilty saying that, but they’re as interesting as anyone anywhere on the planet.

"I think Cornwall will benefit massively from its raw potential in the future. It has to think big, of course, like the rest of the country does with the challenges we face now in every possible sense, but it can be done."

I haven't seen the second episode, so what happens in that?

I mentioned Sue there. So, I went out with her in search of what is really Britain's largest native carnivore; seals just off the coast.

We went to the most frequently flooded town in England and then we went to find a solution to our national flooding due to ecosystem catastrophe. The answer is beavers, as I'm sure you're aware. So we went see an incredible farmer who's been reintroducing beavers onto his land, and we saw a beaver released.

And we went to find out more about the group called Fathoms Free who are volunteer divers cleaning the sea of ghost fishing nets. That was a proper incredible conservation experience to have; diving down off the sea of Cornwall to pull up a perhaps 200-metre-long killing ghost net.

And we see a farmer who is reintroducing his sheep to the joys of woodland farming, which is a completely different way of farming we haven't done for a long time. It will hopefully encourage other farmers to use the woods and plant more trees. The average forest cover across Europe is about 37% but in Britain it’s just 13%.

So the second episode’s a lot about conservation and sustainability and a better, greener future for Cornwall and hopefully the country. 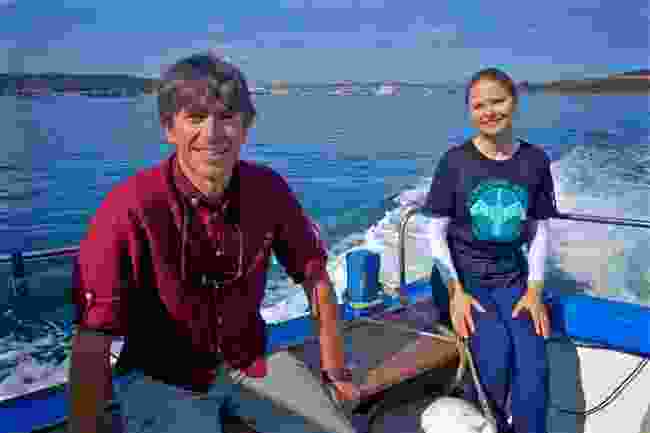 Do you find that a lot of people who think they know Cornwall only know the coast?

We met quite a few people who have been going to Cornwall for years, and they've never even heard of the town of Camborne which is this huge town. They just didn't know anything about life away from the coast. But we definitely need to explore more when we're in Cornwall and learn about the mining history and the biodiversity. Visit the Lost Garden of Heligan and the Eden Project for jumping off points to learn a lot more about Cornwall's past, its present and its future. Cornwall is a microcosm of the country. It's a sort of distilled, intensified version of it in lots of ways. I hope that Cornwall has got some solutions and can be a bit of a guiding light to shine for many of us as well. 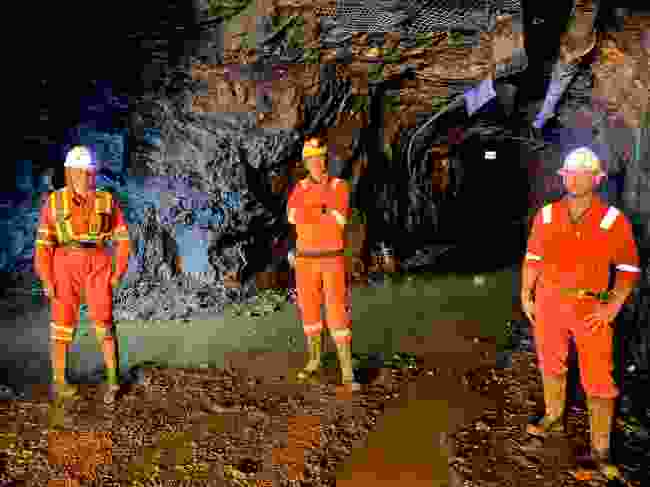 So, did you finish up feeling quite hopeful for its future?

I absolutely see hope for the future in the people.

I think Cornwall will benefit massively from its raw potential in the future. It has to think big, of course, like the rest of the country does with the challenges we face now in every possible sense, but it can be done.