Steve Backshall: Exploring the unknown corners of the world

In the new series of Expedition with Steve Backshall, the adventurous TV presenter explores some of the most remarkable hidden destinations around the world, as he tells Lyn Hughes

Hi Steve, lovely that you could join us here in Kensington Palace this evening. It’s a great venue but a little bit different to the sort of places we associate you with. We’re more used to seeing you abseiling into a volcano or underwater with some big marine creature...

Doing things where I have to put on a suit or a jacket or even shoes, I feel so completely out of my depth, such a fish out of water. I've come to feel so at home sleeping in a hammock or on a mattress in the desert underneath the stars that now an awful lot of polite society just feels odd to me. 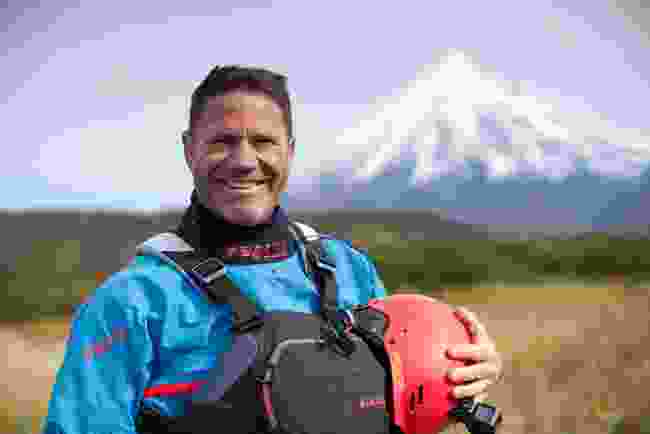 From a perspective of exploration, it's impossible to see past caves and particularly sunken caves. They are the area of the planet that is most ripe for exploration. That offers more potential in terms of the unseen, the unknown, the unmapped, the uncharted. Even now in this day and age, there are more miles of unexplored passages. And so in the modern era, if you want to be an old fashioned explorer, you want to be a caver.

But to me it's the most frightening and uncomfortable and sometimes downright unpleasant environment. Given the chance I would rather be in the desert or up a high mountain or out at sea. But increasingly, if we want to be doing something new, we need to go somewhere dark.

That does sound rather scary to most of us. But, as a kid, did you always have a quest for adventure? Did you imagine that you would become an explorer?

I definitely had the quest for adventure, but I thought that exploration was something that happened 200 years ago and that now it was simply not possible for it to be my life. If the 12- year-old me could see where I am now he would be utterly disbelieving. Over the last 10 years. I've led 20 expeditions that were all world firsts: first descents of rivers; first ascents of mountains; taken the first light ever into cave passages that have never been illuminated.

We have been through the most surreal 18 months/two years.Have you actually been able to travel?

Yeah. Like everyone else, everything in my life stopped dead at the first lockdown. But the second we were allowed to travel again, we had no choice. We had to get back on the road as we had television projects going.

So pretty much as soon as we were allowed, in September of last year, we went on an expedition in Kamchatka, which is an extraordinary part of the world. It is as wild out there as you can ever imagine.

This volcanic peninsula with endless miles of total wilderness. The area itself is probably about the size of England yet it only has a population that is about the size of Bournemouth and they all live in one town and the rest of it is just empty.

I've now been lucky enough to film in all of the world's hotspots for bears and this was on a totally different level. We were making the first descent of a whitewater River there and every single corner we came around there would be at least one bear standing in the water with a salmon the size of my leg just picked out of the waters. 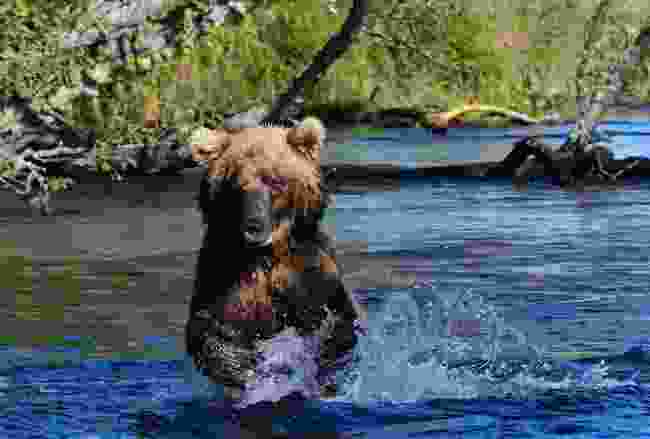 To see that over and over again to know that we were the only people for hundreds of miles in any direction, and then to conclude at the Pacific with stellar sea eagles and wolves wandering down the black sand beaches was one of the most special things I've ever experienced.

And where have you been in the last year then?

We've done six of those expeditions this year for a new series, [Expedition with Steve Backshall] and they were all incredible.

I noticed on the front cover of your magazine is AlUla right now. We did two expeditions in Saudi Arabia, the grandest of those was to explore a lava tube in the volcanic wilderness on the edge of the Empty Quarter. It ended up being the longest cave in the Arabian peninsula, completely new, completely unmapped and uncharted.

And in the depths of this cave system we found evidence not just of prehistoric human habitation, but of long extinct animals, wildlife just caught there in time inside this incredible fossilized cave system.

Were you impacted anywhere by the worldwide pandemic?

The one that probably had the biggest implications in terms of the current state of things in the world was Gabon on the west coast of Central Africa. It's a destination that is very dear to my heart in terms of African rainforest and rainforest wildlife.

It's the best destination. There are probably bigger forests in a few other countries, but they're not as well protected and preserved as in Gabon. It is a really exciting destination with so much to offer, particularly in terms of primates. For someone who loves primates, the lowland gorillas, chimps and particularly mandrills, Gabon is just unparalleled.

The local Environment Minister in Gabon managed to locate a portion of rainforest which had been uncharted and had not been surveyed for its primates.

So we took a small team including a primatologist and some paddlers and filmmakers and we made the first descent of a section of river running through this rainforest. And, as we went, we profiled and surveyed the presence of the primates there. 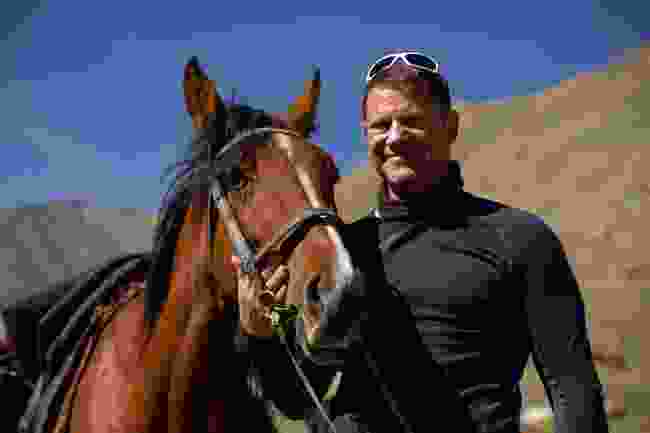 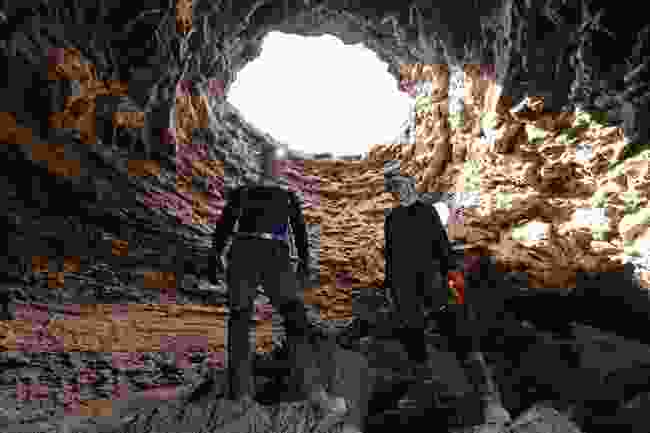 We found a previously unknown population of chimps living in a far flung forest. But that is where we had our closest call when it came to the pandemic because like all these trips, we've been existing in these tiny bubbles of small, tight knit crews who will live hand in hand for a short, intense period of time.

And once you're in the middle of the rainforest, you forget about what's happening in the outside world and the pandemic, it's the last thing you're thinking about. But when we came back to relative civilization, we suddenly got the word that Gabon was shutting down and that we had to get out as quickly as possible.

But we were two days away from the capital city and there was a curfew and so we just sprinted across the country at ludicrous speed, turned up just as night was falling to the main city of Libreville and it was like something out of one of those Hollywood disaster movies with the police and armed armed army standing at the barricades trying to prevent us getting in. There were queues of cars and people spilling over each other clambering over car roofs trying to climb over the barricades to get into Libreville.

It was insane and it was only because we were working so closely with the government, we managed to get into the city otherwise I'd probably still be there now. 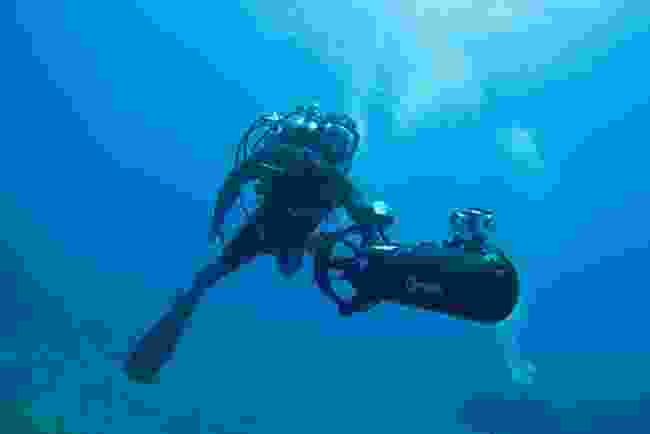 And then you wouldn't have got to the other places in the series! So where else did you go?

So one of the most productive was in the Revillagigedo archipelago in Mexico, which most outsiders know as Socorro although that is just one of the islands that makes up this archipelago. And there we were heading with the local conservationists, shark scientists, to try and find a new shark nursery.

So, a place where the pups - baby sharks - are born with the aim of providing extra protection for what is a national park and is a sanctuary.

There should be a no-take zone but it is very Ill adhered to. We saw endless incursions from sport fishing boats and industrial fishing into this no-take zone taking out bluefin tuna and sharks.

Utterly remarkably we came across this completely new shark nursery, again unknown and unmapped. The director of the National Park, which is the largest marine protected area in the Americas, was with us. And the second we got back to shore he sent out a navy patrol vessel to patrol around the islands where we were and to affect what are supposed to be the laws of the park. So it felt like it was a big win for us. It's been really exciting year for so many reasons.

Our final expedition was in Kyrgyzstan in the Tian Shan. And again, it was looking to survey an area that had not been surveyed before, this time for the presence of snow leopard. And for any wildlife filmmaker it is kind of like the Holy Grail. It's the animal that you see on camera traps, but you never expect to see with your own eyes.

I think that this could be potentially the best place in the world to see snow leopards. Certainly the population there that we managed to map is really, really healthy. 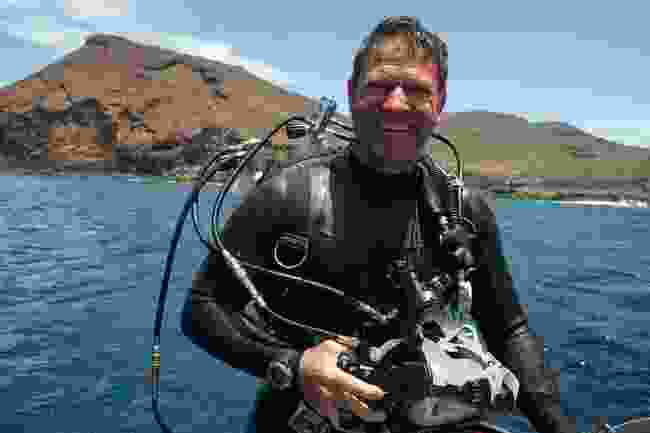 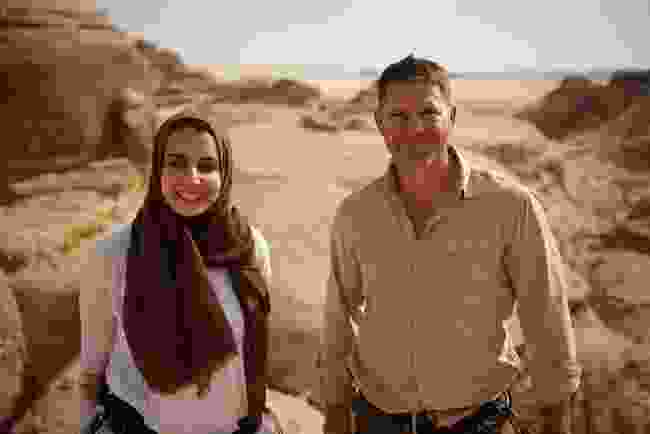 It was so cool. The mountains there, many of them 10,000 ft high, the valleys and the slopes of the peaks are covered with wildlife such as giant scimitar horned ibex and Marco Polo sheep. There were enormous amounts of Himalayan brown bear and fox and wolves and soaring lammergeiers and griffin vultures, golden eagles overhead. You very rarely see that amount of wildlife in the mountains and it was truly breathtaking. And it was another place where we never saw another human being the entire time.

The whole thing was done on horseback and I'm not a horse rider by any means, but it offers a very different kind of perspective, being on horseback. The wildlife seem to perceive you as being a part of their environment and they don't spook like they do if you're on foot, certainly not like they would if you were in a motorized vehicle. And so you can just be trotting alongside a giant herd of ibex, and they are clattering horns going head to head and the sound is reverberating around the valley and you wouldn't get within hundreds of metres if you were on foot.

We are very proud of this series.