We don’t associate China with conservation and wildlife! How did you feel about doing it?

I was in two minds to be honest because I don't like China's record on human rights and clearly they are one of the greatest polluters on the planet. And my opinions on those issues haven't changed. But when I was told that there are things happening to do with conservation, I took a sort of mature view and I thought well let me find out more. And I was actually really pleasantly surprised

What I discovered was that a lot of the conservation in China has originated at grassroots level and is being supported by the state.

We had a Chinese producer who works for the Chinese government, and they've obviously got a message to get out. But, despite that, there are ways of assessing whether things are genuine or not. And I was very impressed.

We went to the raptor rehabilitation centre in Beijing. The people working there are the same people that would be doing that work in a dedicated way here. Exactly the same sort of people, the same passion, the same motivation, the same dedication and you can't fake that.

They really know pandas, they're very conscious of their symbology to do with conservation worldwide. And they do a super job with the conservation of them. I mean really good.

Most people who film with pandas can only access them in the zoo. But I was keen that we would go to the habitat of the pandas in the wild and I was told I would never see one but I still wanted to have a look. We gained access to a reserve that you cannot normally go to and we worked with their extremely dedicated rangers who go out on a daily basis to keep tabs on the radio collared pandas in the reserve.

And I think we developed very strong mutual respect. Interestingly, the head ranger had only ever seen one wild panda in 18 years because the pandas are very shy. They’ve got very good hearing and they're very good at disappearing.

We were able to track pandas and it was wonderful to see their natural habitat, and also look at them on trail cameras. You see how mobile an animal they are, which is not the impression we sort of get when we visit a zoo. 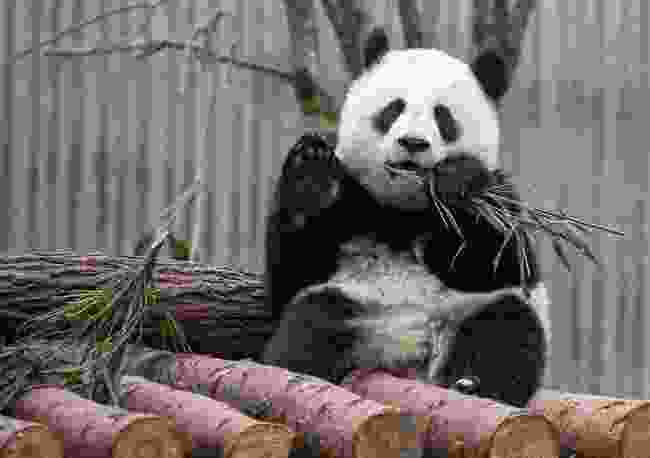 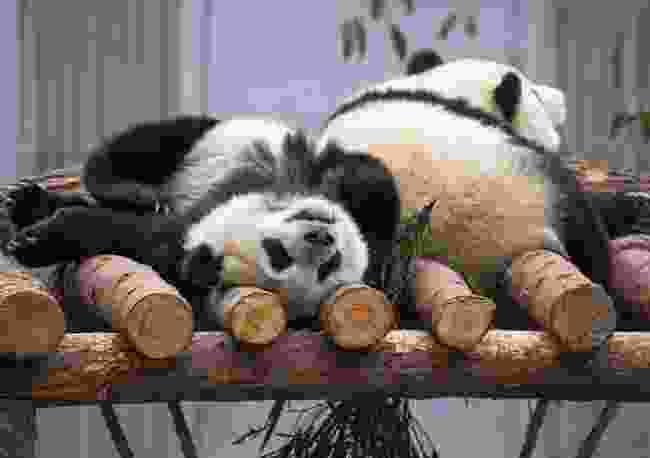 The scenery was just absolutely astonishing in their natural habitat.

China has some staggering country. It's a huge place and very diverse. If you're a keen, keen and adventurous birdwatcher, it's a must. I mean the birdlife there is astonishing.

One morning I'd finished doing my bits and the camera crew had gone off and I'm sat there with my bino's watching the birds and this little bird flitted across in front of me And my subconscious screamed at me that's a wryneck. Well I hadn't seen a wryneck since I was about 10 and I've sort of written off ever seeing one again, my subconscious and my conscious mind, were fighting each other.

The bearded vultures were another highlight. I saw so many.

You met incredible conservationists but did you get any feel for whether the general populace are aware of conservation?

They are! And it's a very strange thing to witness because it's all very new to them. They don't really quite know what to do in a reserve and people dress up in their Sunday best to go to reserve. So, it's rather like Britain in 1971 when people went to Longleat dressed in their best clothes rather than practical clothes, which is lovely.

We grow up in the world today where we think of national parks as set in stone. But they've only been around a relatively short period of time and here you see the beginnings of that interest. People go to stay in the reserves that they have and they're about to form their first national park, which is tremendously exciting.

So yes, people are interested. Of course, it's a big population and I'm sure that's still a small interest, but it's a growing interest. And they take a real pride in their domestic wildlife.

I have to take my hat off to China, be honest with you; when they decide to conserve something they go Full Monty, it's no expense spared and they bring in the legislation to support it. So ,there's great hope,

"The Chinese government has said you have to let the elephants have the crops and we will compensate you and to prevent people getting hurt, they have an early warning system"

I think one of the things that comes over is about the whole scale of what they're doing. it's not just tinkering here and there.

Once the state gets behind something, they really throw their weight behind it.

And everyone's on message to, that's the interesting thing. So I interviewed a man who was from an ethnic community and had been a hunter. Now he's not allowed to hunt and he's a ranger conserving monkeys in a particular reserve near Shangri La. And he says he used to be a hunter and this wasn't a good thing and now we don't do it anymore.He was very proud of what he does there.

I think a lot of people will be surprised that they've got elephants in China.

I was really surprised at that! And here is an example of China’s approach to elephants.

These elephants are living in an area that produces crops and is full of agricultural communities. And so the damage an elephant can do could be quite serious.

The Chinese government has said you have to let them have them and we will compensate you and to prevent people getting hurt, they have an early warning system. If the alarms fire it means elephants are coming from that direction, people stay in their houses and they let the elephants do their thing.

That’s a breath of fresh air in terms of elephant conservation worldwide. They’re honestly doing a great job and they've got an awful long way to go, but they're getting results because they really throw their weight, their heart and soul behind the project.

There's a real example to us. They don't pay lip service to it. 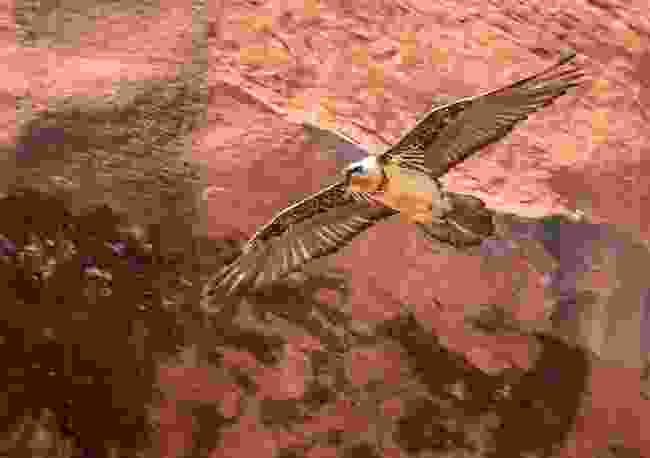 What was the highlight of the series for you?

It was going in search of snow leopard in Qinghai which is going to be the first national park in China (Sanjiangyuan NP) and which is an amazing place.

Did you find them?

We did. It was a lifetime achievement!.

I'm lucky I worked with a team of committed naturalists, a very good English local expert and also Chinese local experts which helps. But you know, it's like looking for a needle in a haystack at 4,800m so you can barely breathe.

As soon as we got there, I was out looking and I found tracks of wolf, bear and a common leopard, all very close to where we were accommodated.

And then I went out with my binoculars and started scanning the hills because you never know when you're going to bump into one.

A local with a lovely grin came over to me over to me and asked to look through my binoculars. And then he went back to the yak herding family we were staying with and he said to them that we were going to see snow leopards because I was out looking. You’ve got to look.

And the next day against all the odds, we were lucky that we found two snow leopards and it was just amazing. I've never seen better camouflage in any sort of mammal. If they stop moving and you take your eyes off them, they just become a rock. Just astonishing.

Even the common leopards camouflage doesn't match the snow leopards. They are more closely related to tigers and when you watch them you can see that they've got this more powerful body. They're quite something 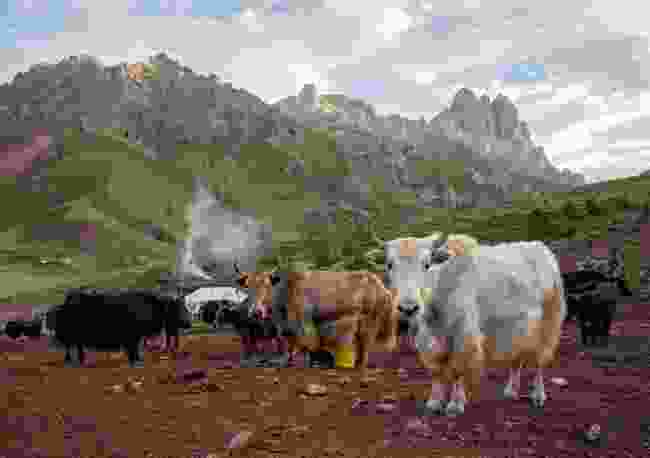 Herd of yaks (Tin Can Island)

Did you get much chance to use your bushcraft skills?

Very much - we were tracking elephants literally to make sure we were safe because you can bump into an elephant in the rainforest very easily.

I tracked pandas and I think the local rangers were really surprised by that.as I think they were expecting just a TV Presenter. When they realised I was tracking we got invited them back to eat with them and out came a little bottle of local hooch and yeah, we were accepted, which was special.

And, of course with the snow leopards,.I was tracking every single day. That was wonderful. I think that's the first time, as far as I'm aware, that a presenter has presented with snow leopards. Normally it's all done with cameras and voiceover.

What most surprised you about China?

The staggering diversity of the terrain. I enjoyed working in the Himalayas and I think Shangri La was really lovely. The people were very friendly. It felt like a Chinese version of a  backwater in the Alps; quiet more local.

One of my fondest memories is that people will put a ghetto blaster on the streets and play music and then people just gather around and start dancing just for the fun of it. I recorded a little bit of the people dancing in the square in Shangri La. It was just so happy and joyful.

Would I recommend China for a keen naturalist or traveller? If you are used to less developed facilities then I would highly recommend it because China is fascinating.

And the moment you go out into the rural districts you step back in time several hundred years. The people live by growing what they need and they are welcoming and friendly and there are a lot of wonderful, genuine experiences for the independent-minded traveller.

There are very clearly issues in China as well. How did you feel overall about what it is doing?

I was very impressed with what I saw. My heart is torn because we're seeing that there's a mass influx of plastic into the oceans from Chinese rivers. And that also marries up with the amount of plastic waste I saw lying around in China and the excessive use of plastic packaging in their foods.

But at the same time the conservation is new. It is being nurtured both by the ordinary people and by the state and that we have to commend because if we don't, what's the alternative.

Things are changing little by little and we need to encourage it.