9 things you must do in Ireland

Wild, windswept landscapes and friendly locals always up for the craic. Here’s how to make the most of your visit to Ireland – on St Patrick's Day and beyond...

1. Gallop a horse across a Connemara beach 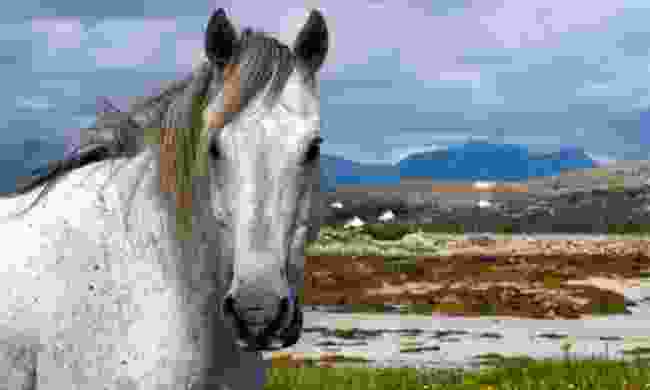 Connemara is an elemental land of peat bogs and heath, loughs and rivers, mountains and rocks. It is surrounded by the Atlantic Ocean of three sides and is stunningly beautiful. It is also home to the world-renowned Connemara pony: hardy, intelligent, adaptable. And nearly always grey/white in colour.

As well as being an integral part of the landscape, Connemara ponies are also the best way to explore and understand it. A late-afternoon horse ride to Omey Island involves galloping on sturdy cobs across the sands to the tidal isle, splashing through pools of water, before pulling up at the edge of the beach. It’s what Connemara and its ponies were made for. 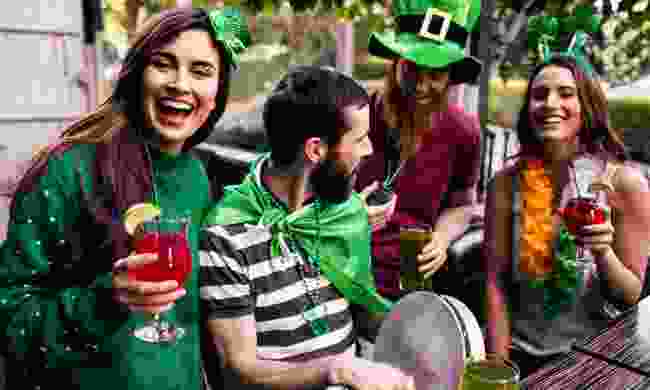 The tourist board might tell you the St Patrick’s Day Parade in Dublin’s centre is the highlight, but sadly in recent years it seems to have become the meeting point for young lads to drink cans of cheap lager and cause trouble.

If you want an authentic experience, head instead to the small towns and villages – they nearly all have parades. Wexford, in the south-east, is one of our favourites. Small, colloquial, clichéd and cheesy – but on St Patrick’s Day that’s just what you want.

Waterford, just west of Wexford, is another good place to head. When you’ve had enough green cheer, hole up in Waterford Castle. Rooms aren’t cheap but, after a day of Guinness and leprechauns, the luxury is well worth it.

3. Have a laugh in Kilkenny 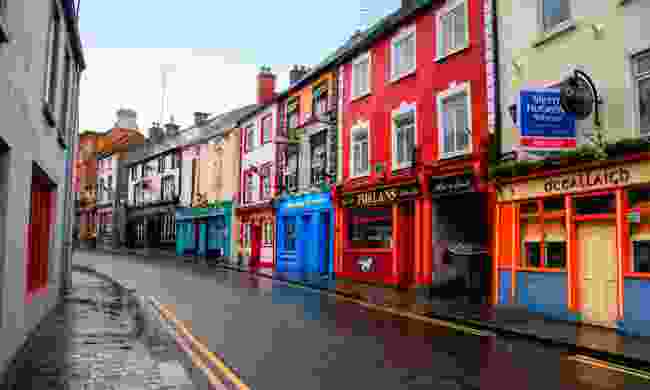 There are two things the Irish do very well: drinking and laughing. And Kilkenny celebrates both of them every year at the Cat Laughs Comedy Festival. It’s the biggest comedy festival in Ireland and one of the most popular in the world.

For one weekend, the great, the good and the bad (but funny) gather in one of the wildest cities. Langton’s pub is a favourite hangout for the visiting comedians. Drop by and you’ll see why!

4. Have a whale of a time in the south-west 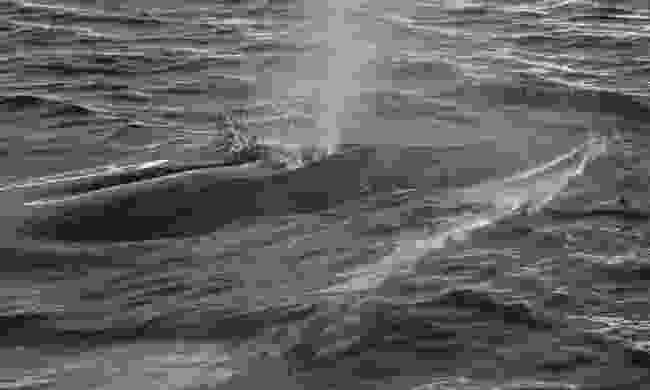 Now here’s a secret that even most Irish people don’t know: Ireland is a haven for whalewatchers.

Forget the long-haul slog to see these wonderful mammals, because to date 24 species of the world’s whales and dolphins have been recorded in Irish waters, with the unpolluted west Cork seas one of the richest areas for whalewatching in the country.

July is a particularly good time to see these beauties only a few kilometres from the coast; it’s a summer feeding area for minke, fin and humpback. Glandore is another good spot. 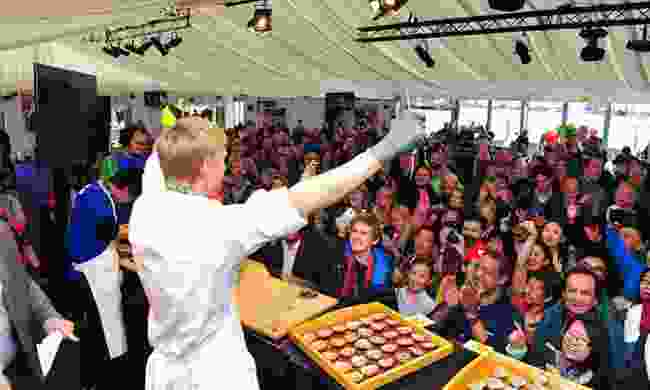 The Irish like to wash down their oysters with a pint of Guinness. It’s a thought you can ponder quite successfully at September's Galway International Oyster Festival where both are seriously celebrated. Said to be Ireland’s longest-running festival, it remains as popular as ever, providing one last hurrah for revellers after the summer.

A four-day festival, the emphasis rests on fun, food and, of course, Guinness. The main attraction, however, is the oysters, carefully selected from the beds of Galway Bay and served in all their glory in the festival marquee.

And if you are in Ireland in August or September but too early for the Festival, seek out one of its alternatives: Carlingford in August, or Hillsborough or Clarenbridge in early or mid-September, all share the key ingredients of oysters, revelry and a drop of the black stuff. 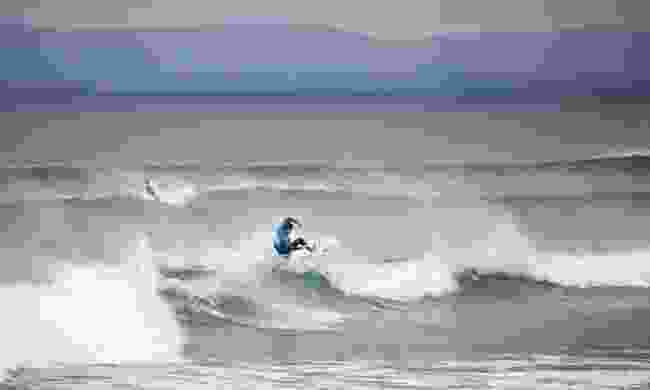 Swimming in the chilly Atlantic in mid-November? Sounds hideous, doesn’t it? Well, thousands of surfers disagree; in fact, the west coast has become one of Europe’s surfing hot spots.

The beaches of Mayo and Donegal are where the action happens: the waves are huge and consistent, which any surfer will tell you is the key to a good trip.

The huge Aill na Serracht wave is the main attraction and led this area to host a round of the World Surfing Championships. The villages are now filled with surfers from across the globe. And if you’re just starting out, there are plenty of surf schools around who will how to hang ten, even if your toes turn a little blue. If you want an authentic Irish pub experience, steer clear of Dublin's Temple Bar on the south bank of the River Liffey. What was a collection of cultural institutions and authentic Irish pubs is now a Guinness-soaked theme park, jammed with tourists and drunken Hen and Stag parties.

Head instead to O’Donoghue’s on Merrion Row – it doesn’t look hip or modern, but it’s one of the best in town; Mulligans (Poolbeg Street); Kehoe’s (South Anne Street); and the Oval (Middle Abbey Street). They’re all old Dublin pubs and far better than any of the mega-pubs. We’re talking good solid Dublin boozers!

Of course, your one concession to the tourist crowd should be a tour of the Guinness brewery. Missing it would be like going to the Vatican and not swinging by St Peters. Sláinte! 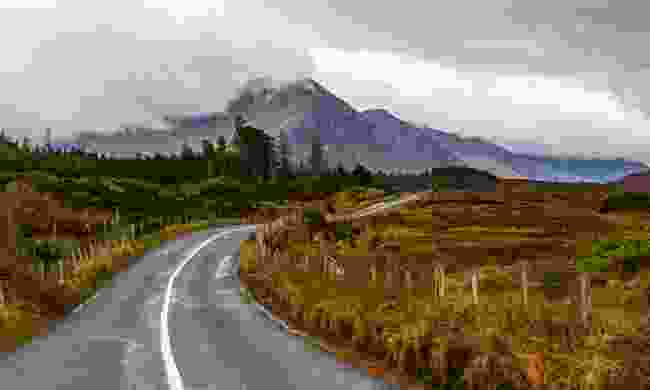 Ireland has some of the most dramatic coastal scenery in the world and by following the Wild Atlantic Way – the romantic yet fitting name given to the 2,500km driving route up the west coast of Ireland ­ you’ll get to experience all of it.

The route is divided into five sections, each offering a host of natural wonders, cultural experiences and unique dining experiences. Take time to explore the hidden gems of West Cork’s quirky coast. Climb a sea stack or cycle through Mamore Gap in Donegal.  Explore the archaeological treasures of the Dingle Peninsula.

Just make sure you take the time to get out your car at a random point along the route and stare out at the horizon while you are whipped by wild Atlantic winds. It’s one of life’s most invigorating pleasures. 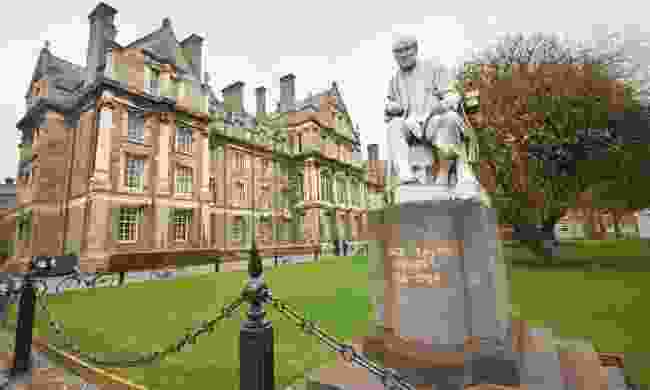 As you’d imagine of a city that gave the world James Joyce and Oscar Wilde, there’s no shortage of cultural activities to feed your intellectual side in Dublin.

Trinity College is a good place to start. The college precincts an oasis of calm and home to the Book of Kells, a wonderfully illuminated Latin copy of the gospels, has graced the College since the 17th century. You’ll find the Nationals – ­Gallery, Museum and Library – just around the corner.

Literary pub crawls are popular in Dublin too, involving as they do both of Ireland’s greatest exports. Fans of James Joyce will want to drop by the James Joyce Cultural Centre on N Great George’s Street. On Bloomsday (16 June), they organise guided walks and plays to celebrate the journey of the hero of Ulysses.

7 of the best walks in Ireland