Spend a few days exploring the beaches, bays, islands and highlands along this iconic coastal drive down the west of Ireland. Yvonne Gordon gives her insider tips

Wild, rugged headlands that face the full force of the Atlantic’s waves. A scatter of offshore islands that are home to forts, lighthouses, pirate castles and holy wells. Stretches of golden sand that curve into wide bays or tuck into secret coves, backed by steep cliffs, rolling dunes or flat slabs of fossil-embedded rock.Welcome to the Wild Atlantic Way, one of the world’s great drives, which runs 2,500km along the west coast of Ireland from Kinsale in County Cork to the dramatic cliffs of Inishowen in County Donegal.

If you only have a few days, start at a mid-point such as Galway. You can either drive south to explore the peninsulas of Cork and Kerry or travel north for the raw landscapes of the west and north-west. The five-day trip recommended here will take you from the bays and bogland of Connemara, over mountain passes to County Mayo, into the surfing waves of Sligo and onto the sea cliffs of Donegal.

Leisurely days in these parts start with an Irish fry and pots of tea, before hikes, boat trips and hill climbs, punctuated with bowls of seafood chowder and homemade brown bread wherever you stop. You can cycle an old railway line, go horseriding on the beach, try kayaking, diving or fishing, or explore an array of castles and stately homes. And you might end a day on the road with a few pints of Guinness in a tiny pub in a village you’d never heard of, while the music takes your feet away on a reel. All along the way you will see how the power of the Atlantic Ocean has shaped the coast and its people.

No two days are the same. There will be times when the sky is bright, the earth is glowing rich green and a warm beach and its sparkling turquoise waters tempt you in for a refreshing dip; later, the same place might be whipped into a fury, with wind, waves and sand blowing into your face as if they’re trying to remove a layer of your skin. Sometimes these two extremes might be witnessed within the same hour.

If you’re driving, always be ready to stop at a viewpoint. Bring a map to find all those tiny routes around remote headlands. But most of all, bring your sense of adventure.

The building of Fanad Lighthouse was proposed following the wrecking of HMS Saldanha in 1811; Connemara; the Cliffs of Moher (Alamy)

Start in this lively city: stroll the alleys around Quay Street, take a food tour, eat oysters and listen to live music. Then drive along the coast roads to Clifden, stopping at beaches – try Blue Flag-awarded Trá an Dóilín (Coral Strand) near Carraroe – and Derrigimlagh Bog, where pilots Alcock and Brown crash landed (uninjured) after the first non-stop transatlantic flight in 1919.

From Clifden, travel north to Killary Harbour, Ireland’s longest fjord, which you can cruise by boat. Travel on to Westport, via Clew Bay and Croagh Patrick mountain. In Westport, tour 18th-century Westport House and visit Matt Molloy’s pub for live traditional music.

Drive or cycle off-road to Ireland’s largest island, connected to the mainland by a bridge. Take the Atlantic Drive to Keel and on to sheltered Keem Strand for a stroll or swim. Try kite-surfing with Pure Magic Watersports, explore the deserted village at Sliabh Mór and visit the ruined tower of Kildavnet Castle, once home to pirate queen Grace O’Malley.

Tackle the waves at Strandhill and then pop into Shells Café for mussels and fries or to Voya for a reviving seaweed bath. Hike up Knocknarea – its large summit cairn is a Neolithic tomb (and burial place of the mythological Queen Méabh). If the surf’s up, head to Mullaghmore, to watch big-wave riders in action.

Drive along Donegal Bay to Sliabh Liag, where huge sea cliffs plunge 601m into the sea – hike the Pilgrim’s Path for panoramic views. If you’re staying on, continue to peninsulas such as Fanad and Inishowen, where you’ll find Malin Head, Ireland’s northernmost point.

Sheepdog demonstrations See how skilled dogs round up their charges from the slopes, cliffs and fields. www.killarysheepfarm.com or www.facebook.com/atlanticsheepdogs

Carrowmore Megalithic Cemetery Take a tour to learn about the megalithic standing stones, forts and tombs (pictured left) and what their discovery tells us about Ireland’s history. www.heritageireland.ie

National Museum of Ireland: Country Life Explore the exhibits, including the huge Folklife collection, which gives insight into the Irish way of life between 1850 and 1950. www.museum.ie

Where to stay on the Wild Atlantic Way 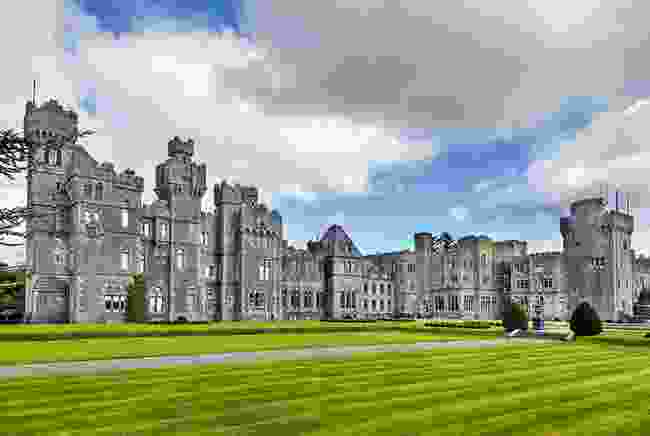 This 800-year-old castle offers the ultimate in five-star pampering. It sits within 350 acres of neat gardens and bird-filled woodland on the shores of Lough Corrib in Cong, County Galway. Walk the grounds with the Irish wolfhounds and take the daily boat trip on the lough from the hotel’s pier. www.ashfordcastle.com 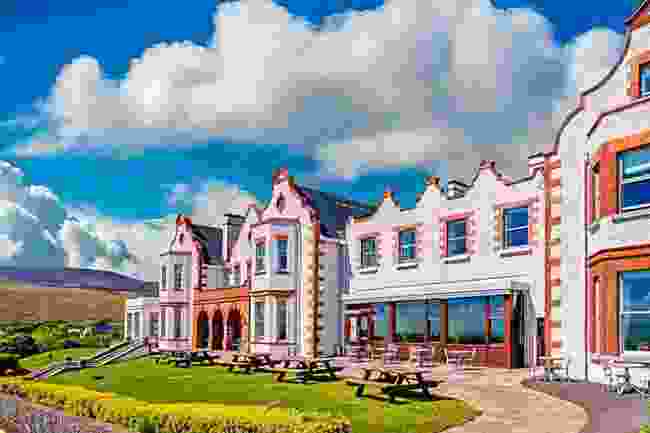 A lovely spot overlooking Clew Bay and a stop on the Great Western Greenway cycle trail. Unwind after your adventures on Mulranny Beach, a few minutes away, or in the hotel’s pool and leisure centre. www.mulrannyparkhotel.ie 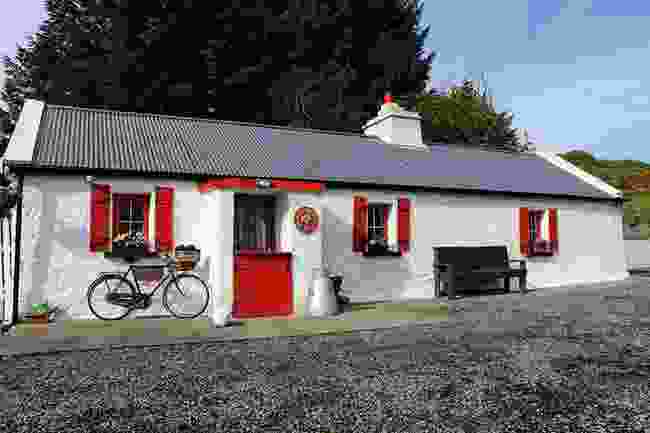 This peaceful spot, 10km from the town of Tubbercurry in County Sligo, offers plenty of fresh air and great views of the Ox Mountains. Accommodation options include an old shepherd’s hut, a treehouse, an Irish cottage and a barn with bunkbeds for groups. www.oxmountainadventurecamp.com 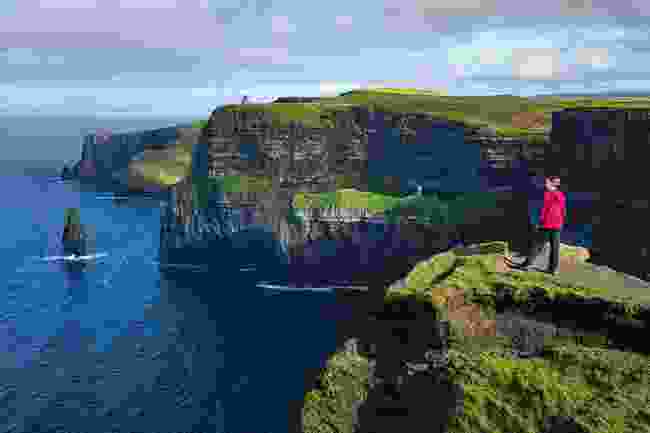 4 top things to do on the Wild Atlantic Way

Walk or cycle among ancient stone walls and church ruins on Inis Mór, one of the three Aran Islands; visit the cliff-edge fort at Dún Aonghasa and the rock formation of Poll na bPéist (the Wormhole). Or try Inishbofin Island, further north, for peaceful walks and good diving. www.aranislands.ie, www.inishbofin.com

Climb Croagh Patrick, Ireland’s sacred mountain and pilgrimage site. The views from the 764m-high summit stretch over Clew Bay and its hundreds of islands. The climb takes three to four hours and is rocky and steep in places. www.croagh-patrick.com

Cycle the Great Western Greenway, a 42km off-road trail running along an old railway from Westport to Achill island in County Mayo. The trail passes the villages of Newport and Mulranny, and there are super views of Clew Bay and the Nephin Mountains. Bike (and ebike) hire companies can shuttle you back to your start point or accommodation. www.greenway.ie

Hack along a beach on horseback in County Sligo. Sign up for a gentle one-hour ride between the Atlantic surf and the rolling dunes or for a longer trek across a channel to a private island for a picnic and exploring. All levels are catered for. www.islandviewridingstables.com