7 of the best walks in Ireland

From jaw-dropping cliff walks and strolls through emerald green farmland, to a pilgrimage to the top of the country’s holiest mountain, The Republic of Ireland offers something for every walker... 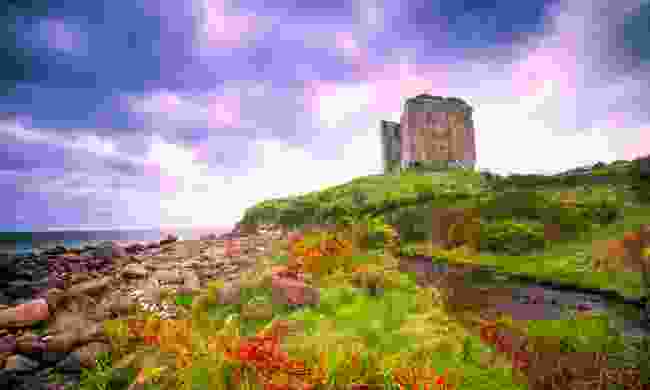 Whether you walk its entire 101-mile length or tackle shorter stretches along the way, Dingle Way in County Kerry is a stunning trek through some of Ireland’s most breathtaking scenery and dramatic history.

The walk starts in Tralee and heads west. A loop around Dingle Peninsula takes you to Brandon Mountain and down to Clogherhead, before the trail makes its way along the southern section of peninsula and back to Tralee.

It’s a walk that will take you along dramatic cliffs, deserted beaches and to the highest point of any waymarked trail in Ireland. It is also home to some of the country’s most important cultural treasures, including the Celtic Ogham Stones, Fahan Beehive huts, ring forts and dolmens, standing stones and holy wells as well as the village of Annascaul, birthplace of famous Antarctic explorer Tom Crean. 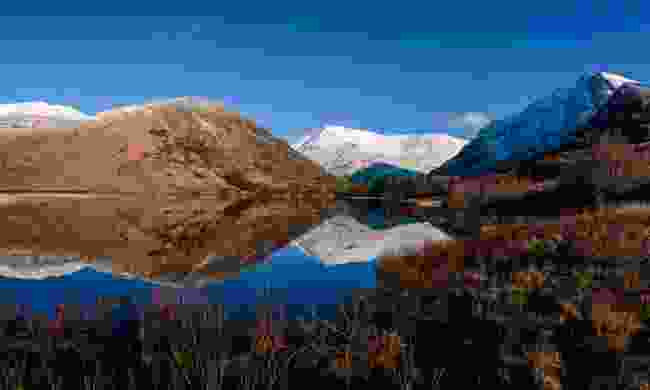 Mweelrea Mountain, your companion on the Famine Road (Shutterstock)

A land of wild, raw beauty, Connemara is also a land of tragic history. It was hit hard by the famine that swept the country in the 1840s, with many families abandoning the area and those who stayed suffering incredible hardship.

This 10-mile walk along the shore of the only fjord in the Republic of Ireland, follows Connemara’s infamous ‘Famine Road’. Built by local men and women in return for soup, it served no purpose other than make sure the locals earned their relief rather than get it as charity. The crumbling ruins of Foher, a village decimated by the famine, is a stark reminder of these times.

The scenery, however, is awe inspiring. Mountains, water and huge skies collide together to form unforgettable vistas. With Mweelrea Mountain to one side and the harbour on your other, it is a gentle and rewarding walk, with a refreshing pint waiting at the end at Gaynors, a colourful local pub. 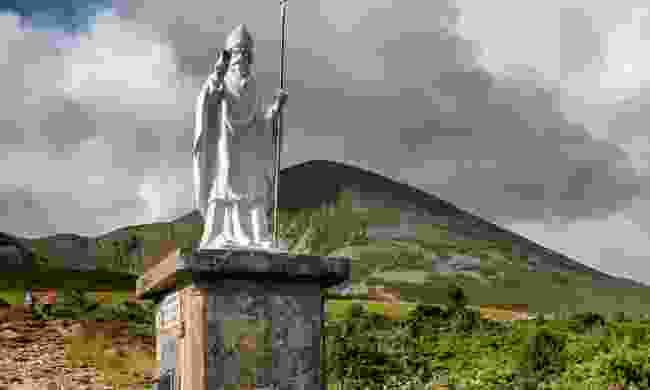 Croagh Patrick, nicknamed the Reek, is a 764m mountain near Westport in County Mayo in Ireland. The climb to the summit is one of the most famous walks in Ireland, and has been a popular pilgrimage trail ever since Saint Patrick fasted here for 40 days in 441 AD.

There are a number of routes up the mountain, but the most popular is the traditional pilgrim route, starting in the car park. A trip to the summit and back takes about three hours, much longer on the last Sunday in July, when thousands of devotees from all around the world visit the mountain to celebrate “Reek Sunday”, a day of worship in honour of Saint Patrick.

Watch where you tread. Many pilgrims make the ascent barefoot. Or visit on another day, when you are more likely to enjoy the spectacular views across Clew Bay without the Mass and masses. 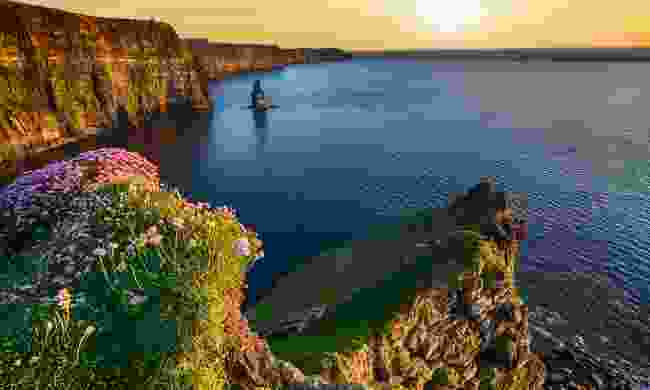 The Cliffs of Moher (Shutterstock)

Rising 120m above the Atlantic ocean, the age-old Cliffs of Moher are one of the most dramatic sights in Ireland. Battered by the elements and home to vast flocks of seabirds, they have been recognised as an UNESCO Global Geopark.

The best way to experience the cliffs is the new Cliffs of Moher Coastal Walking Route. This spectacular 18km coastal path starts in Liscannor in the south, passes Hags Head and the world famous Cliffs of Moher, before finishing in the village of Doolin in the north.

The walk is fairly flat, with a few strenuous climbs to the higher cliffs, and should take about six hours – even allowing for time to take in the incredible views of the Aran Islands, Galway Bay, Aill Na Searrach and the Atlantic Ocean way below your feet.

Take care, though. The remote and exposed cliff top path can get slippery when the weather inevitably turns. 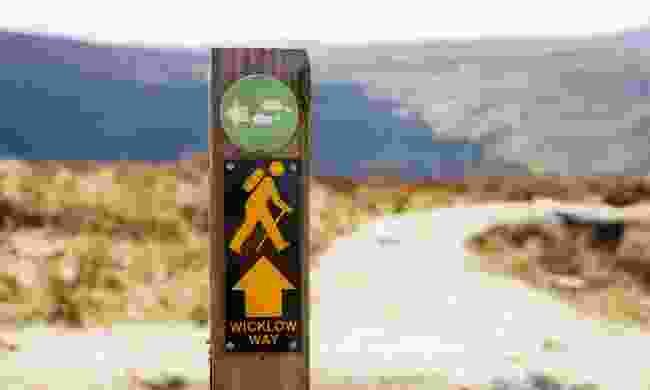 Stretching from Marlay Park in Dublin to Clonegal in County Carlow, the Wicklow Way covers 130km and passes through three counties. Consisting of mountain trails, country paths and quiet side roads, it offers a unique insight into every facet of Ireland’s natural beauty. Unsurprisingly, it is the most popular National Waymarked Trails in Ireland.

The trail can be tackled stages. Or you may just want to walk one particular section. Enjoy gentle walking in Dublin, strenuous mountain walks in Wicklow and mid-level strolls through rolling countryside in Carlow. 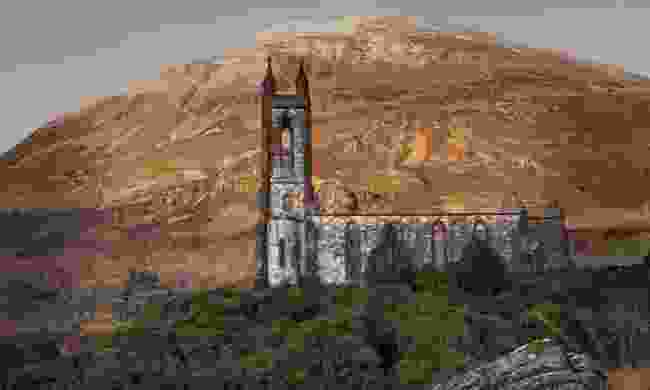 Church of the Sacred Heart, Dunlewey with Mount Errigal (Shutterstock)

Voted Ireland’s ‘Most Iconic Mountain’, Errigal glows pink in the setting sun and changes its shape depending from where you view it.

It is also one of the most popular climbs in the country, a relatively easy scramble across heather-covered slopes and loose scree that rewards walkers with incredible views across the Derryveagh Mountains and Donegal countryside and on to the coast.

The trail starts from a car park off the R251, leading across heavily eroded and boggy land towards a track easily visible amongst the shiny scree. No special equipment is needed to climb the mountain, but caution is advised. On the way back, check out the Church of the Sacred Heart, a derelict chapel overlooking Poison Glen at the foot of the mountain. 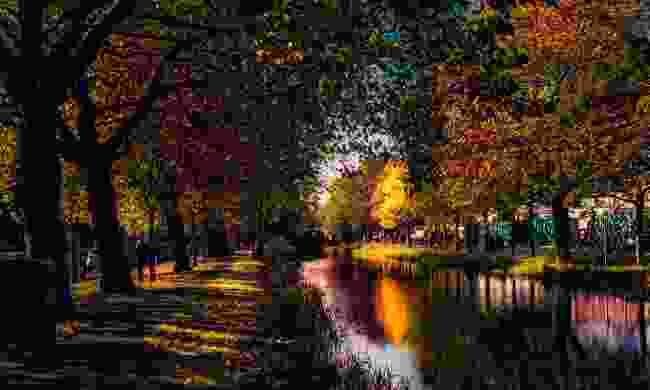 The Grand Canal in autumn (Shutterstock)

A walk that bisects Ireland, from the coast in Dublin to the River Shannon, the Grand Canal Way is both easy and a challenge at the same time. Following a canal built to connect the capital with the country’s longest river, it is pleasantly flat walk along grassy tow-paths. At 130km in length, however, it is quite the undertaking.

The rewards are immense. The route has created a kind of informal linear park, dotted with restored locks, lock-keeper's cottages and pretty villages that flourished thanks to the trade the canals brought. It has also left a thin strip of land untouched by modern agriculture, an oasis for flora and fauna not often seen anymore.

As you can imagine, pubs are plentiful along the route, as are characterful B&Bs where you can rest your weary feet after a long day of walking. These towns are also well served by public transport for those who want to sample only sections of the route.

More active things to do in Ireland:

9 things you must do in Ireland