Walkers based in Britain and Ireland who are keen to begin their pilgrimage to the Spanish city of Santiago de Compostela in their home country will now find it a whole lot easier, thanks to a new website that has launched to help them complete their journey.

While there are multiple medieval pilgrimage routes with various starting points known as Camino Inglés, or the English Way, the journey always ends in the same place – at the holy tomb of Saint James in Santiago Cathedral, in the city of Santiago de Compostela in northwestern Spain.

Traditionally, pilgrims in Britain or Ireland travelled to the ports of Ferrol or A Coruña – both of which are north of Santiago de Compostela – then continued their walk from there. 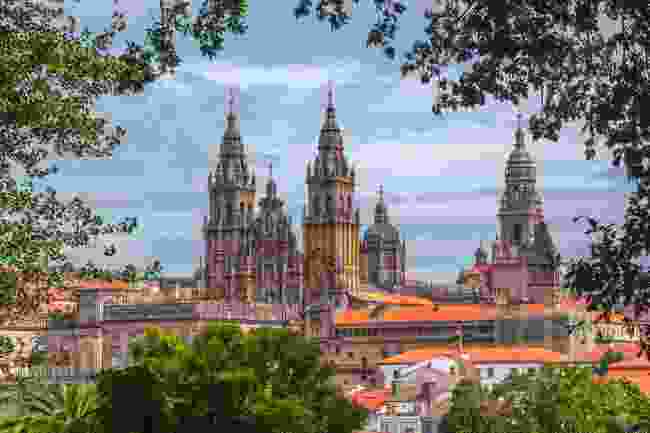 In order to qualify for the Compostela – a certificate issued by the Catholic Church that acknowledges a pilgrimage has been completed – pilgrims must hike at least 100km and collect stamps along the way at designated spots. The minimum 100km requirement can be started in Britain or Ireland and completed in Spain.

One popular route follows in the footsteps of St Godric, who completed a pilgrimage in the 12th century. The 34km trail begins at a ruined priory in Finchale in County Durham and passes through Durham’s UNESCO World Heritage-listed cathedral – where pilgrims collect a stamp – before continuing on to Escomb Church and Bishop Auckland.

As well as informing pilgrims on how to get to the starting points and the history of the pilgrimage, the site features packing tips, safety advice, recommendations on where to try regional cuisine and suggested places to stay, such as albergues (pilgrim’s hostels) in Spain. It also has a dedicated slow travel section, which has shorter stages.

Read more about the pilgrimage: