7 of the best things to do in Šibenik, Croatia

The 'gateway to the Kornati Islands' is not to be overlooked. Šibenik has a city's worth of historical marvels, exceptional wine and glorious, not-so-crowded coastline to offer savvy travellers...

Until recently Šibenik was a sleeping Dalmatian giant patiently watching as Dubrovnik and Split climbed up the tourist charts.

Thanks to Game Of Thrones and a swathe of returning Croatia devotees looking to branch out beyond the obvious coastal cities Šibenik is now an intriguing deeply historic city on the rise.

Here are 7 things to do to discover Dalmatia’s still-underrated urban gem... 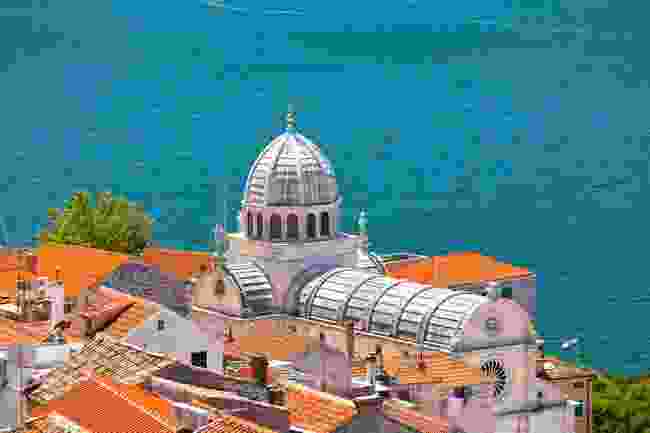 The Cathedral of St. James is not just Sibenik’s top attraction, but one of the stars of the Croatian coast.

This UNESCO World Heritage-listed gothic and renaissance wonder is a voluminous stone and marble testament to the faith of the local people in the 15th century, who clubbed together to fund it.

It took over a century to build and is largely the brainchild of Croatian master Juraj Dalmatinac. Inside lies the sarcophagus of the eponymous saint, while depictions of 74 local luminaries of the day adorn the exterior. The white stone patches show where Serb shelling damaged the cathedral in the 1990s. 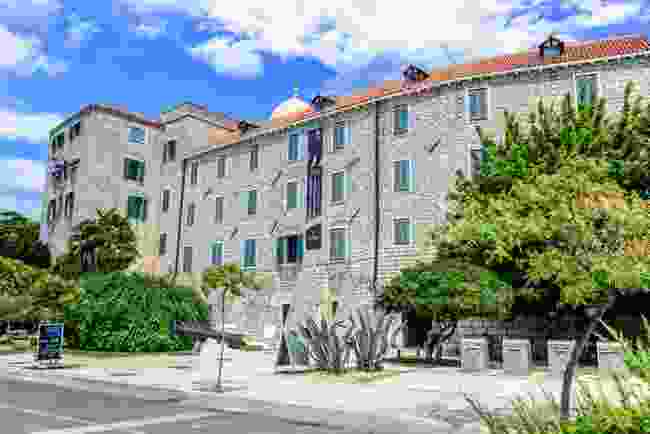 Just across the square from the cathedral, Šibenik’s City Museum tells the city's unique history – it is one of the most traditionally Croatian cities on the coast, as it was never touched by the Romans.

It was opened in 1925 and its collections sweep from the prehistoric up to the present day. The two-storey building – former known as Rector’s Palace - is striking with its perfectly proportioned renaissance columns and arches. 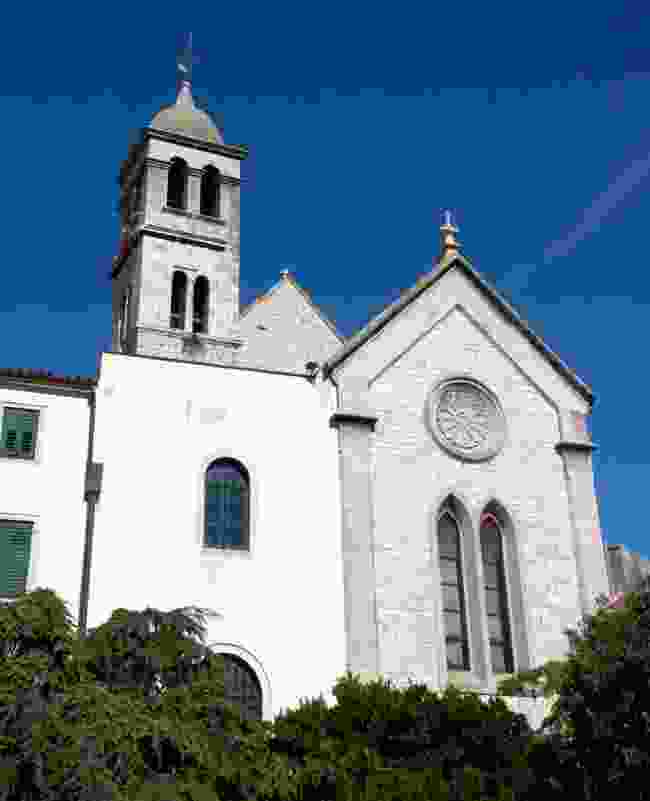 Šibenik’s Franciscan Church and Monastery were fashioned in gothic style in the 14th century in a much more austere and simple manner than the cathedral.

The ceiling of this hulking church is the exception, embellished in the 17th century with a baroque flourish.

Matej Poncun’s visceral altar paintings are worth checking out. Seek out the Šibenska Molitva, or ‘Šibenik Prayer’, thought to be one of the oldest manuscripts using the Croatian language in Latin script. Some scholars reckon it is the oldest.

Local seafood stars have sprung up in recent years as tourism grows, and can be found hidden amongst the winding old town streets and along the waterfront. Look out for Adriatic lobster, sea bass, squid and scampi (langoustines). Dynamic and innovative Pelegrini well deserves its Michelin star.

The local wine has a growing reputation, too. On the fringes of the city, Winery Rak uses the Babić and Maraština grapes to conjure up white, red and rosé wines.

This family run operation has been perfecting their skills since the 1960s – snare a bottle to take home as the small-scale production means you’re unlikely to see it in the UK. You can sample their wares in their dedicated tasting room. 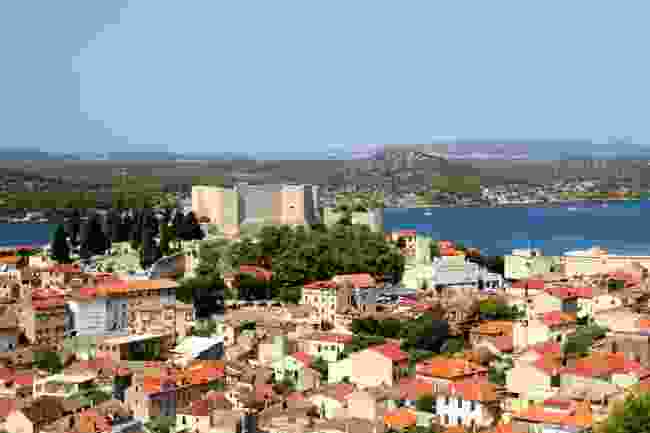 St. Michael’s Castle, the iconic fortress that hangs omnipresent above Šibenik, has been spruced up and has had its future secured thanks to a major European Union grant.

Archaeological finds suggest man has appreciated the strategic position of this site since the Iron Age, and you will too when you stand here peering down on the city and out towards the channel that protects Šibenik from the open Adriatic.

Today’s medieval fortress is a sturdy, rugged affair, but it’s still very much integral to the culture of Šibenik, with popular open air concerts held here in summer. 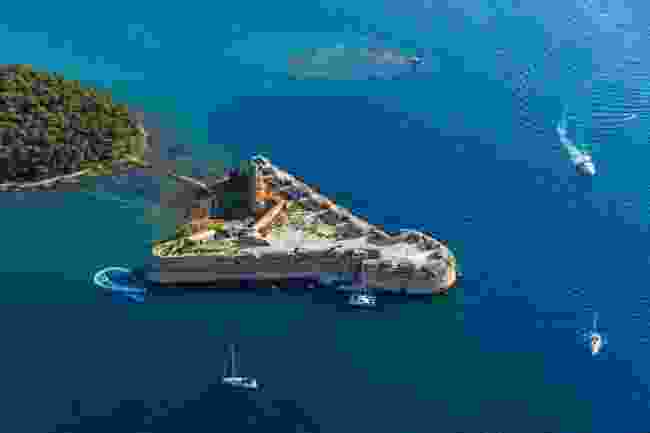 There are two reasons to take a boat trip around this essential part of the city’s defences. One is to take in its history, and the other to appreciate the city’s grand maritime setting - and just how daunting it would have been to any invading army.

The fortress was fashioned by the Venetians to protect the city against the threat of Ottoman attack, guarding the narrow St. Anthony’s Channel, which leads from the open sea into the city.

It is one of only a handful of such structures left standing anywhere in the former Venetian Empire. You can also get a taxi on to the island to walk around, but we don’t recommend it as it’s an unstable site that is currently being shored up and worked on. 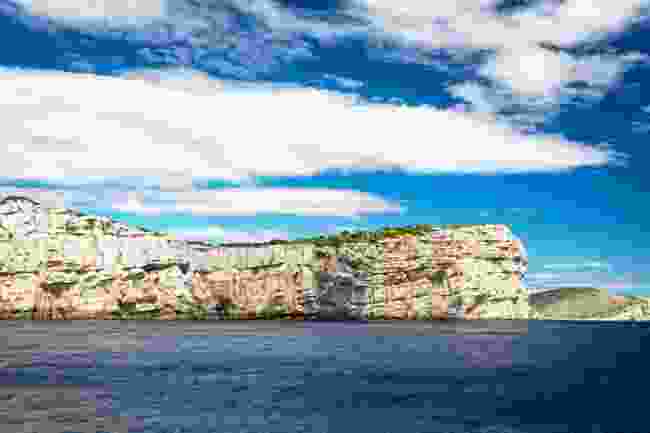 Šibenik is one of the more isolated Croatian coastal cities in terms of the road network, but that all changes when you hit the water. There are two main options, both beguiling national parks.

First up, you can head inland to the pretty town of Skradin and on into the watery delights of the Krka National Park. Here you can not only view waterfalls, but fling yourself in too, as well as take a small boat across to the Visovac Monastery.

The other is the Kornati National Park. A boat trip gives you a taster of the 89 uninhabited islands and islets in this beautifully barren archipelago.