Set beside the sparkling Adriatic Sea, Split offers an irresistible jumble of history, fine food and an irrepressible spirit. Here's why you should make it your next budget-friendly break

1: The ancient alleyways of Diocletian’s Palace 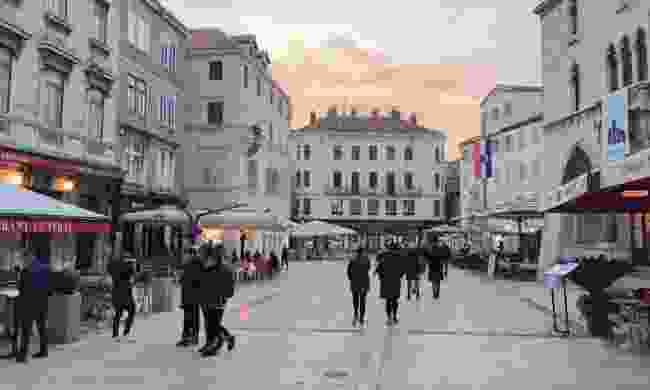 Set beside Split’s sparkling harbour, with the palm-lined Riva promenade along its southern facade, Diocletian’s Palace is one of the most impressive Roman ruins on the planet. Built from dazzling white stone, quarried on the nearby island of Brač, it only served its original purpose as a military fort for ten years. Over the centuries, bits and pieces have been added and removed, making its jumble of narrow streets and alleyways an architectural history lesson.

The most beguiling part of the palace, however, is that it is alive: home to over 3,000 people, a jumble of apartments, cafés, bars, restaurants and shops, as well as medieval churches and Roman ruins. Sitting at one of the bars on Narodni Trg, 'People’s Square', is a joy. Electric box carts, gaggles of tourists, old grannies, nuns, and mothers pushing prams all parade by, each contributing to the Palace’s lively atmosphere.

Having said that, exploring the narrow lanes after the crowds have gone – with only the echo of your footsteps on the cobblestones – is an unforgettable experience too. 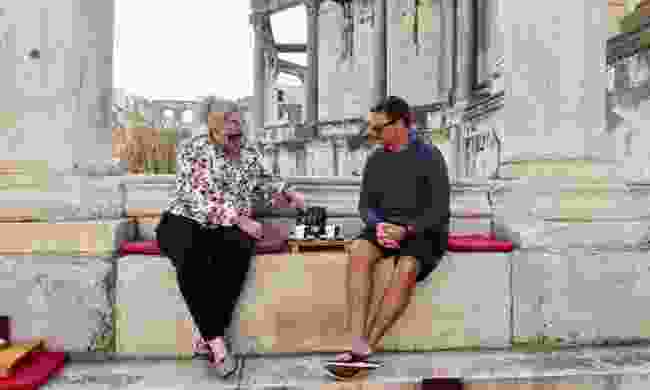 Croatian coffee is strong and good, with Italian style and a Balkan bite. Having a cup while chatting with friends is a daily ritual. A glass of water is served with every cup.

Stopping for coffee is a relatively cheap way to soak up some of the city’s most famous highlights. Down along the Riva is a popular spot, as is sitting at the outdoor tables in the restaurants clustered on Narodni Trg. For a real treat, try Luxors, where you can sit on cushions in the shade of ancient columns in the Peristil, serenaded by classical singers busking in an ancient stone vestibule.

If the price is a bit steep, (at 28Kn (£3.20) it’s the most expensive coffee in the city), head to the nearby markets where a coffee will cost you less than a pound. Or down to Bacvice beach, where locals sit under sun shades looking out across towards Brać. The cost of coffee drops the further you get away from the centre. 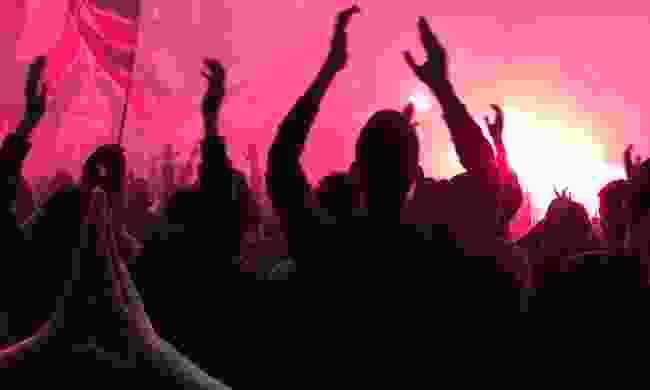 The Torcida in full voice at Stadion Poljud (Peter Moore)

The people of Split live and breathe their football team, the mighty Hajduk Split. You’ll see murals across the city as well as caps and scarves for sales at every souvenir stall. Chat with any local and it’s not long before the conversation turns to the exploits of their beloved Bandits.

The team symbolises the spirit of the city. When the former Yugoslav president, Tito, wanted them to move to Belgrade and become the national army team, they told him where to go – in no uncertain terms.

Tickets for matches at Stadion Poljud are exceedingly cheap. Leave time for a pre-match cevapi (kind of kebab) and beer at the makeshift grills in front of the ground, watching the groups of adults and children arrive – all of them bursting with excitement. It truly is a family affair.

For a real sense of the excitement, ask for seat near the Torcida, the local Hajduk fanatics. They spend the match chanting and singing and letting off flares, only occasionally watching the match – usually after a goal has gone in. 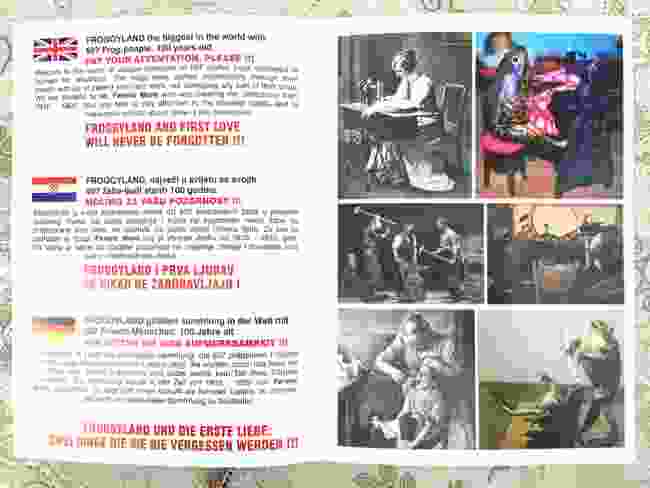 Rated as one of Split’s top attractions by TripAdvisor, Froggyland is a collection of over 500 stuffed frogs, arranged in amusing dioramas. The brochure for the attraction claims that there are two things you remember forever: your first love and your visit to Froggyland. It’s hard to disagree.

The handiwork of taxidermist/artist Ferenc Mere, the meticulously preserved frogs are artfully arranged in amusing recreations of life in the late 1800s. You’ll see amphibious blacksmiths at work, a school room, courthouse, circus and more – all populated by frogs of all shapes and sizes.

Froggyland provides both a cool escape from Split’s broiling summer sun, as well as an unforgettable diversion. 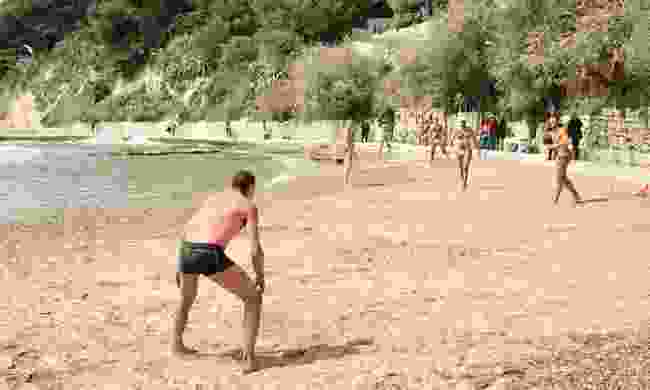 Locals playing handball on the beach at Ovčice (Peter Moore)

The stretch of coastline from Park Pomoraca towards Lučica Zenta is Split’s playground and retreat. A collection of promenades, coves, sandy and pebbly beaches, it is easily reached from the harbour. Indeed, many travellers come here to take a cooling dip while waiting for their ferry.

The stretch closest to the city is the most developed, with plenty of bars and restaurants and even a cinema. You can dive straight in to the crystal waters, straight from the promenade, or wade in from one of the tiny beaches.

For a more authentic insight into local life, keep walking beyond Ovčice to the marina at Lučica Zenta. Here, you’ll find men playing foursome handball matches, old-timers sharing a beer and catching up, and mothers walking their babies.