Inside the 8 stunning national parks in Croatia 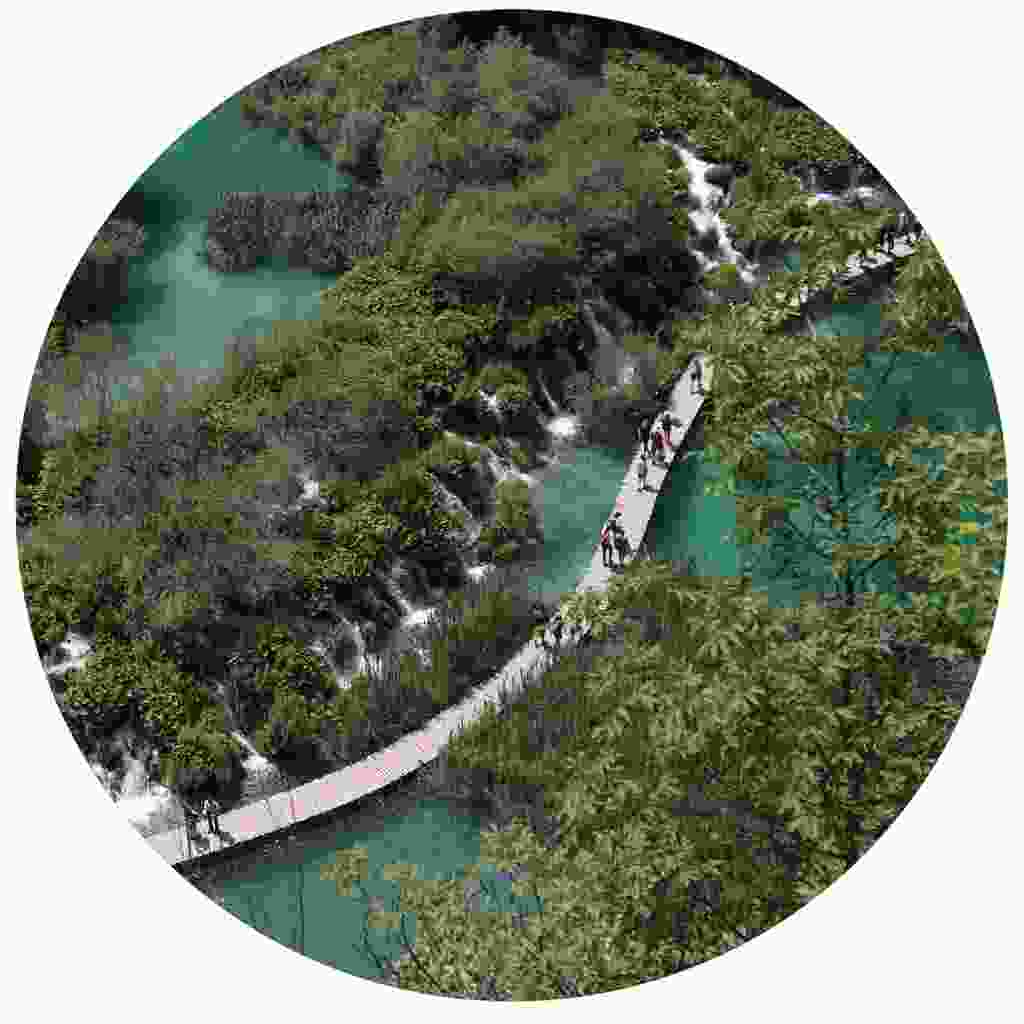 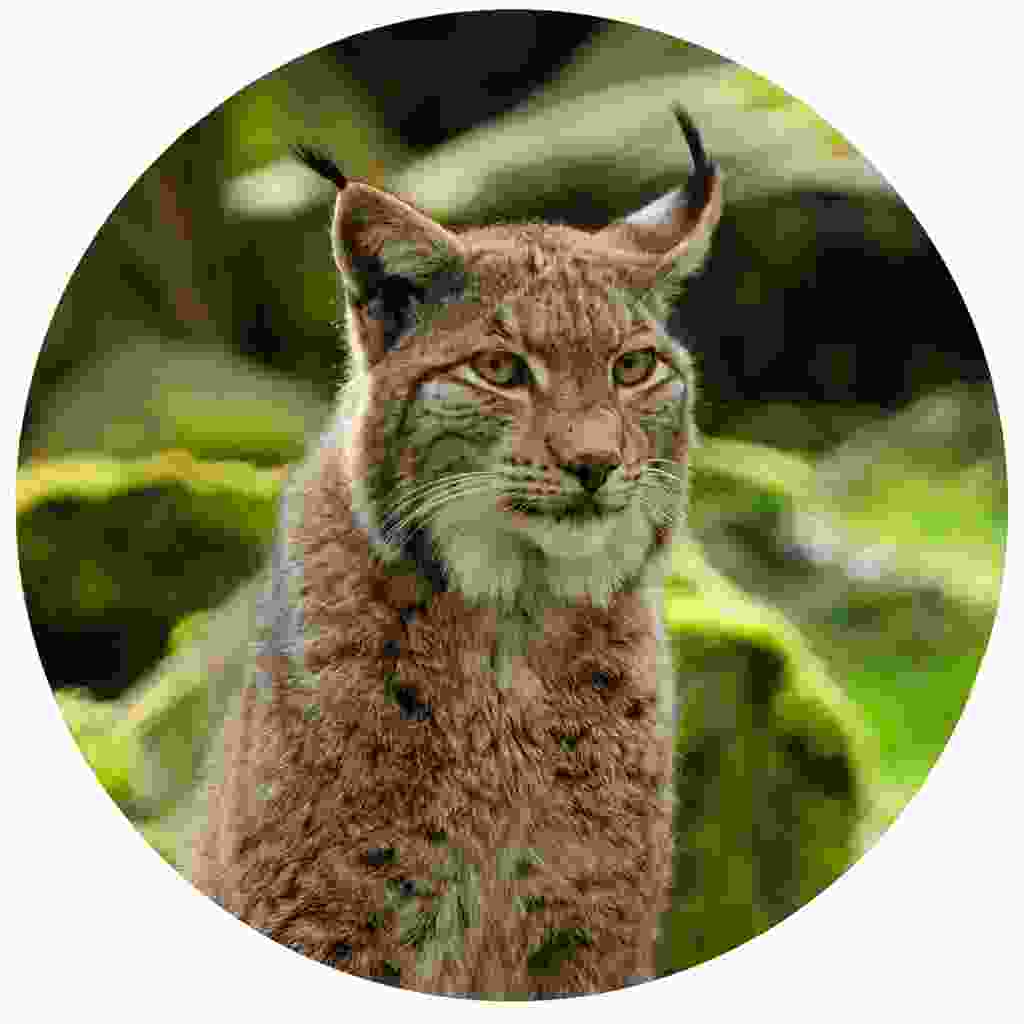 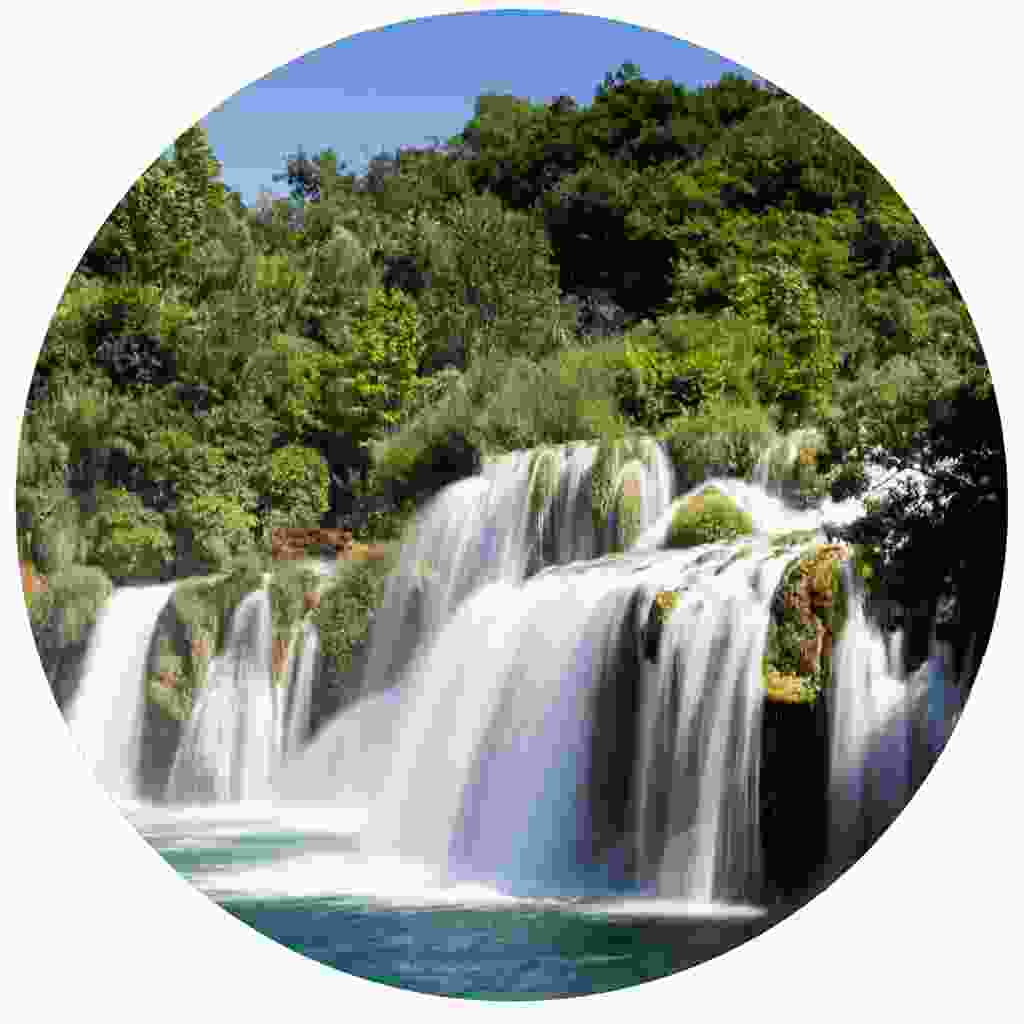 Croatia may be most renowned these days for its glittering necklace of holiday resorts and Game Of Thrones-associated coastal cities, but beyond the imprint of man lies an altogether different country.

It is a stunning wildscape, where eagles patrol the skies, wild wolves and bears roam the forests and bottlenose dolphins frolic in the cleanest waters in the Adriatic.

During the socialist years and the 1990s Homeland War, preservation of nature was not always a priority for Croatia. But a respect for the environment has grown inside Croatia, as has the need to preserve its natural beauty.

The country has had to manage the tricky task of balancing the demands of the burgeoning tourism industry with the protection of landscape, wildlife, flora and fauna. This is where its rich seam of its eight national parks come in.

Here's our insider guide to the national parks in Croatia... 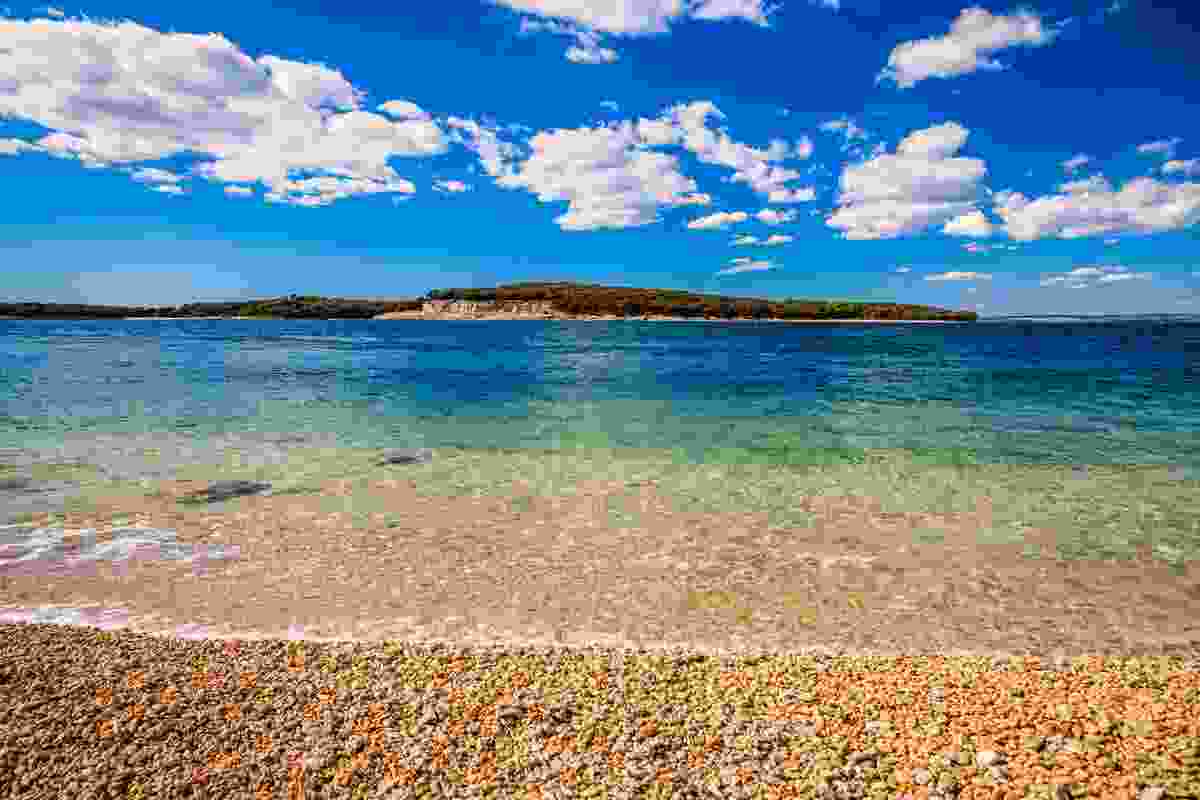 Best for: Fans of Yugoslav nostalgia and adventure lite.

Getting there: Ferries are available from the town of Fažana, in Istria. Day trips are also possible from many Istrian resorts.

This is a national park like no other. The 14 nearby islands were once off limits, and kept as a private playground of Yugoslav strongman leader Tito.

Once world leaders brought exotic animals as gifts to the eccentric Tito, but today mere mortals can hop over to Brijuni, and watch as it tries to rediscover its natural beauty. Though, it is possible to still visit the surreal safari park, home to elephants and zebra, among other species.

A visitor train is on hand to zip the less able around, and there are also hotels inside the park. Indeed, Brijuni is not the most natural of national parks, but it can be accessible. 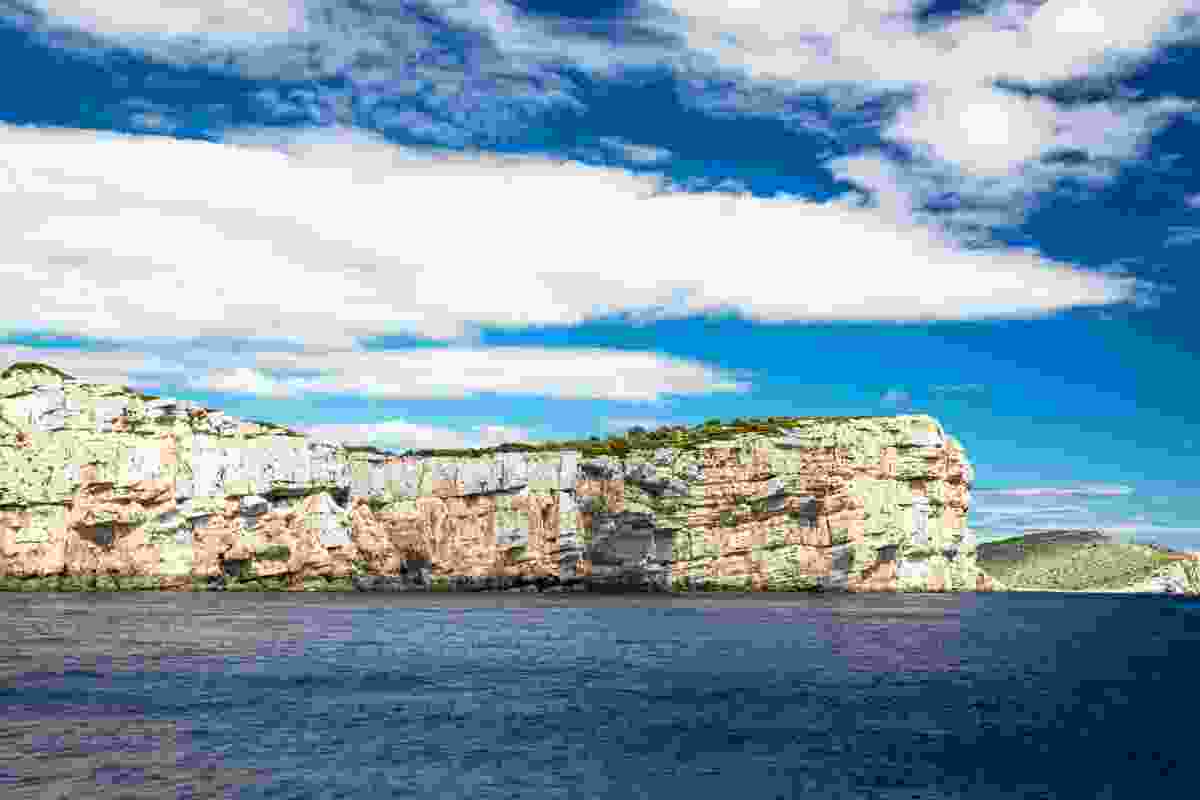 Getting there: Kornati is one of the trickier national parks to visit. There are no ferries available to Kornati. Day trips from Zadar, Sibenik and the island of Murter tend to be unsatisfying, with just the chance to swim in a few bays and a ‘fish picnic’ lunch. Boat charters are better, though there are still limits to where you can go.

National parks don’t come much more natural than Kornati Isles. Here, many of the waterless, barren uninhabited islands have virtually no traces of man to taint them.

George Bernard Shaw was clearly a fan, gushing: "On the last day of the Creation God desired to crown His work and thus created the Kornati Islands out of tears, stars and breath.”

The 89 islands and islets that make up this wild escape are indeed breathtaking. 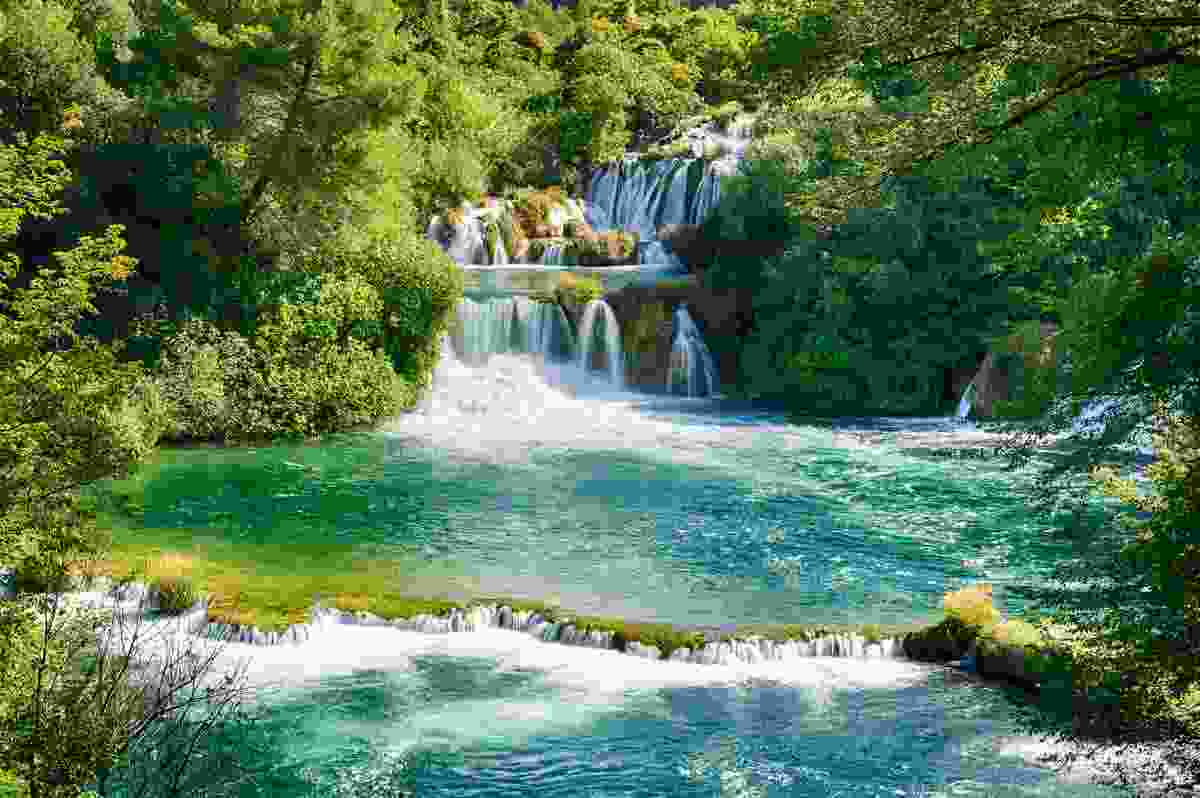 Best for: Splashing around in waterfalls.

Getting there: Works well as a day trip from the Dalmatian cities and resorts, or a self-drive trip. If all else fails, public buses will see you right, stopping right by the park.

This strikingly green and verdant oasis is blessed with lashings of water, and there are plenty of chances to actually get in amongst it all.

Krka's famous waterfalls, called Skradinski Buk, are full of fun: you can stroll walkways, enjoy boat trips, and go swimming beneath it. It's perfect for snap-happy aspiring travel photographers, and can work well for those who prefer a slower-paced national park experience.

Head beyond Krka's main attraction and discover culture, with a boat trip to the island of Visovac, to visit the 18th century monastery. 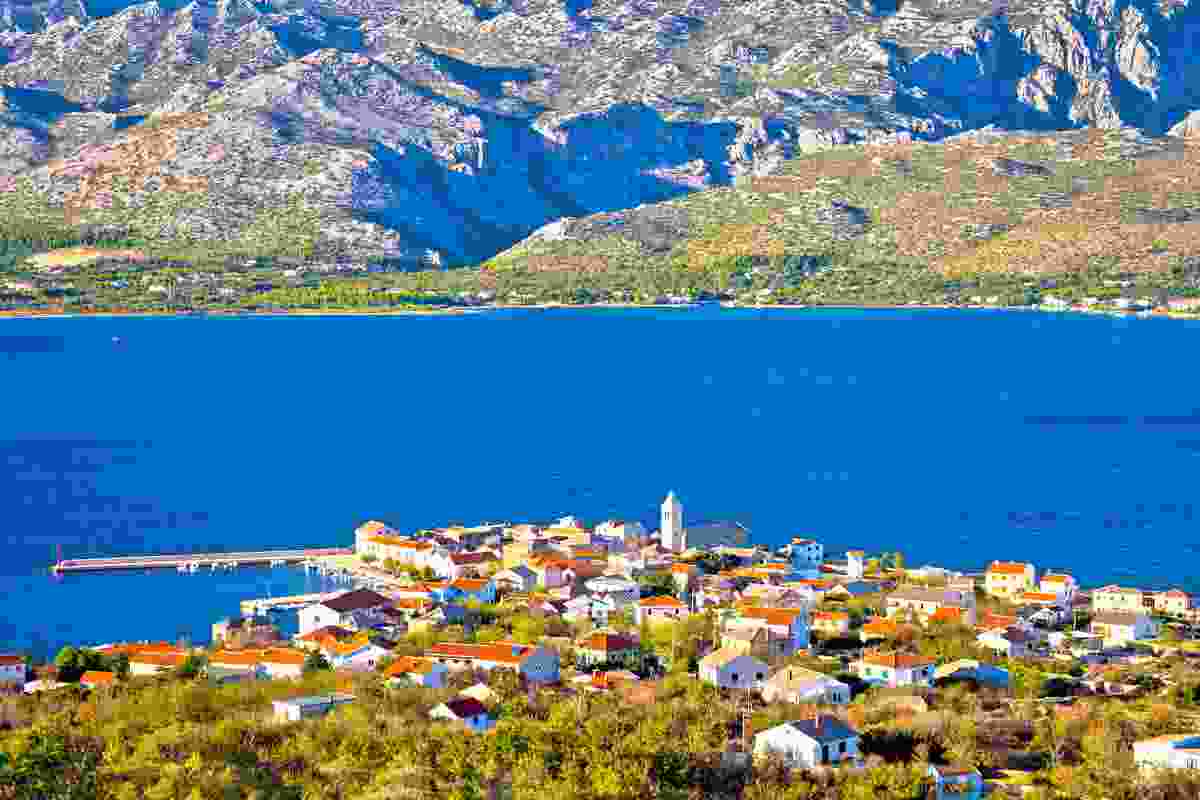 The town of Vinjerac, with Paklenica National Park in the background, Croatia (Dreamstime)

Best for: Hikers looking to test themselves in the mountains.

Getting there: A self-drive trip is your best bet, though public buses stop nearby in the small settlement of Starigrad Paklenica. Paklenica park is 47km north-east of Zadar.

The vaulting limestone peaks here sweep over 1,000m high into the heavens from the shores of the Adriatic, taking your breath away, and undoubtedly quickening the pulse of any hiker.

This park spreads it tentacles across 100 square kilometres, and there are myriad trails to explore. For the longer hikes, you are looking at staying the night in mountain huts.

Climbers can tackle tough faces near to the park entrance, or head higher for world class adventure thrills. Speleologists will be more interested in the Manita Pec cave. 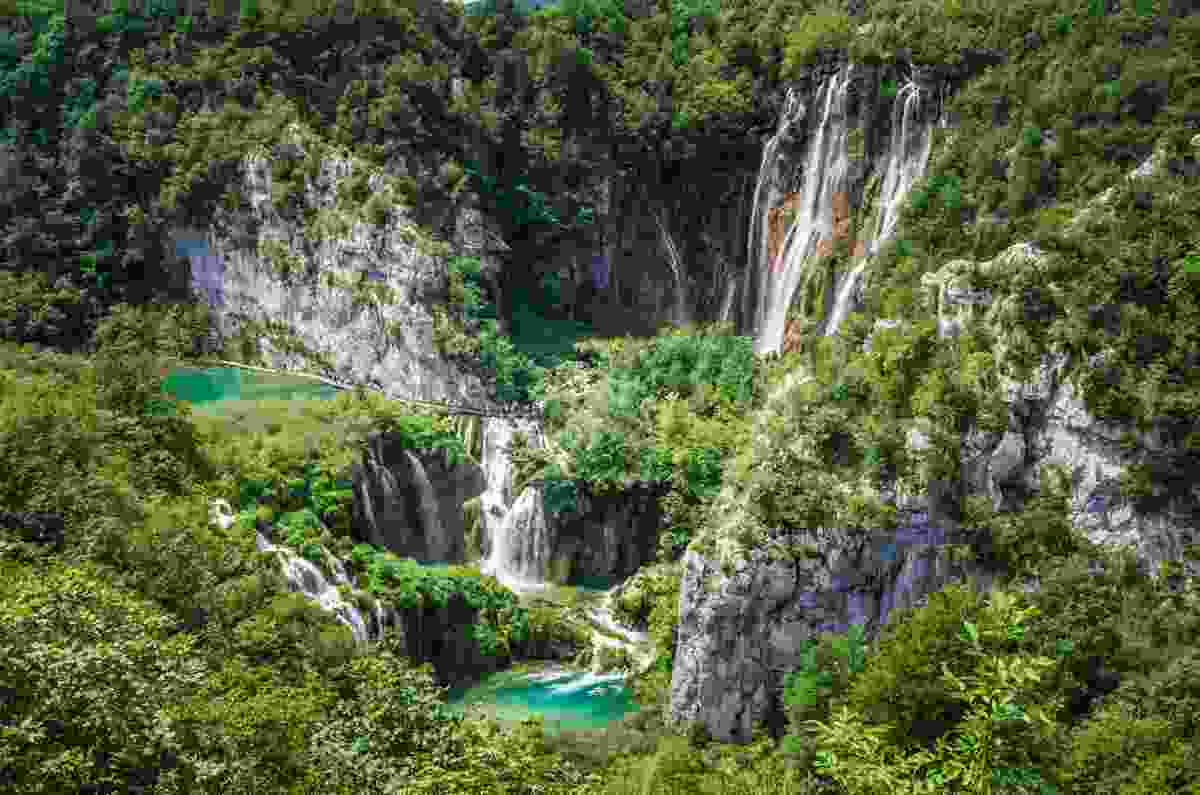 Best for: Everyone! Anyone who can should visit Croatia’s most celebrated national park.

Getting there: Day trips from Zagreb and the coastal resorts are easy to come by, as are public buses from all over. You can also embark on a self-drive trip.

Long gone are the days when the first skirmishes of the Croatian Homeland War were fought here in the early 1990s. This is now an incredible tourist attraction.

It’s easy to see why, as this UNESCO World Heritage oasis has some of the most spectacular natural landscapes in Europe.

You will need most of a day to really get a good idea of how the 16 terraced lakes, myriad streams and waterfalls fit together as they cascade downhill. Raised walkways and boats help you work your way around a nature reserve that can feel like a theme park in parts.

Stay over in one of the hotels to discover another side of Plitvice early morning or later on when the crowds have gone.

Finally, keep your eyes peeled for the Eurasian Lynx, as it's said a number of mating couples have set up camp there. 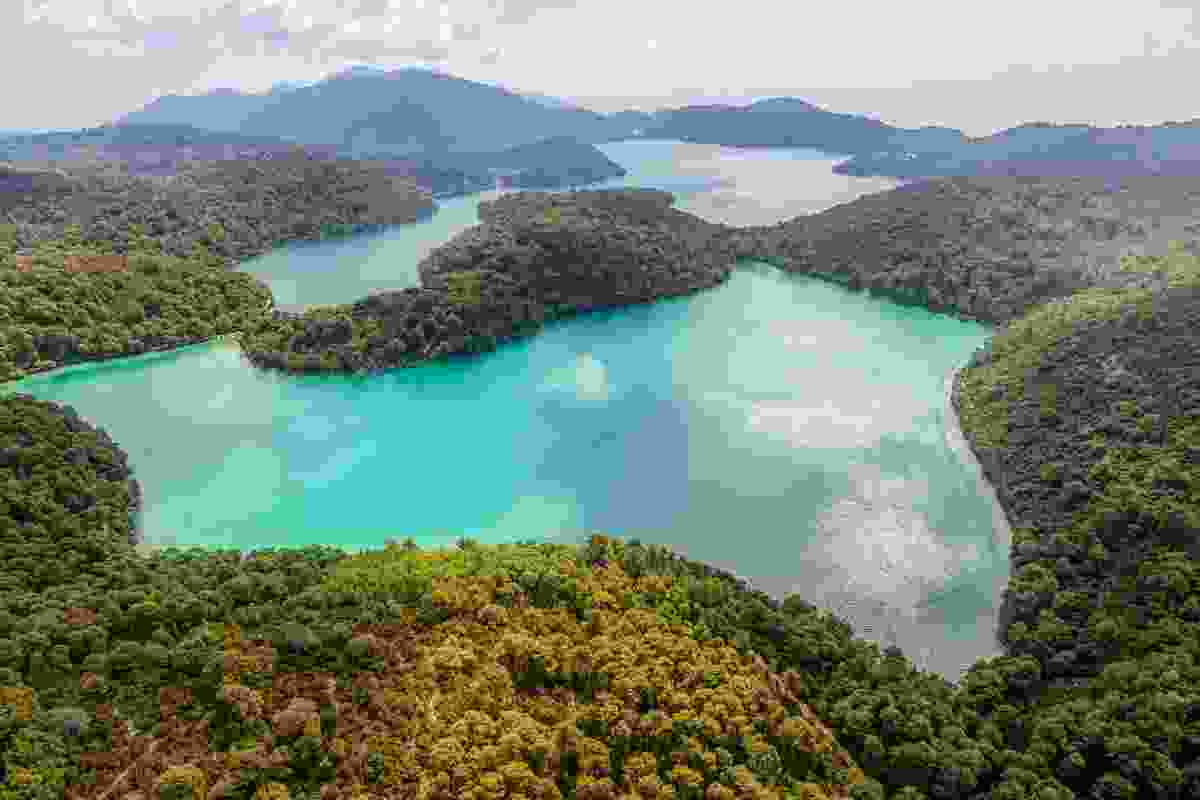 Best for: Those looking for a clean and green island escape.

Getting There: A ferry can take you from Dubrovnik or Korcula, or arrange a boat day trip.

A large swathe of this idyllic Dalmatian island is protected as a national park. It is home to a brace of saltwater lakes, Malo and Veliko, which are linked by a small canal.

You can ease around Mljet on a bicycle, or just indulge in a spot of Lotus Eating with a casual stroll. Also worth checking out during your visit is the Island of St Mary, home to a Church and Benedictine Monastery. 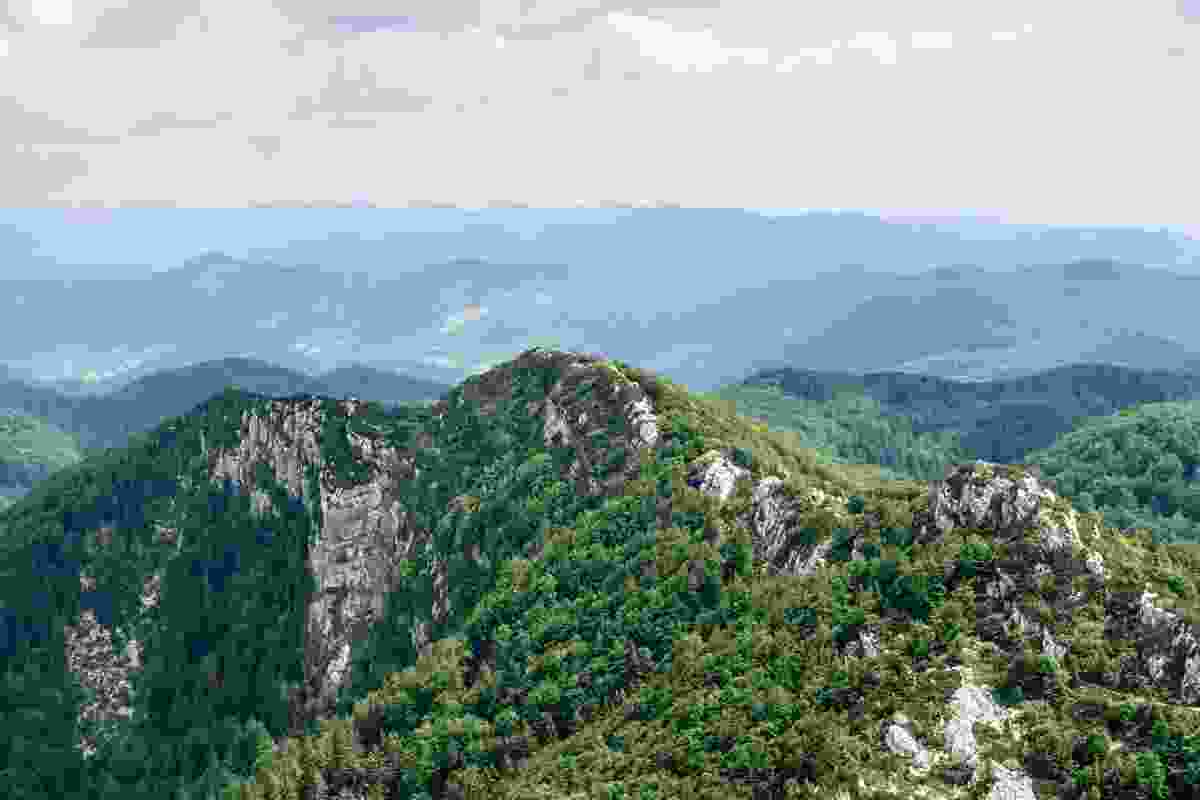 One of the highest peaks of Risnjak National Park, Croatia (Dreamstime)

Best for: Hikers and wildlife enthusiasts.

Getting there: Enjoy a day trip from the Istrian resorts, or the city Zagreb. Public buses head to Risnjak from Zagreb or Rijeka, but a self-drive trip remains the best option.

Risnjak is a real active adventure playground in the Gorski Kotar region of Croatia. It unfurls its lofty wings over the mountains that hang high over the Kvarner Gulf, and the Istrian Peninsula in the north.

The mountain itself soars higher than any in the British Isles, for example, at an impressive 1,528m. It offers myriad opportunities for hikers, mountaineers and paragliders, with a well-equipped mountain hut on hand.

Risnjak also sports both rich flora and fauna - and rare species to spot include bears, lynx and wolves. Snow is common here in winter, too, which is quite a vision. 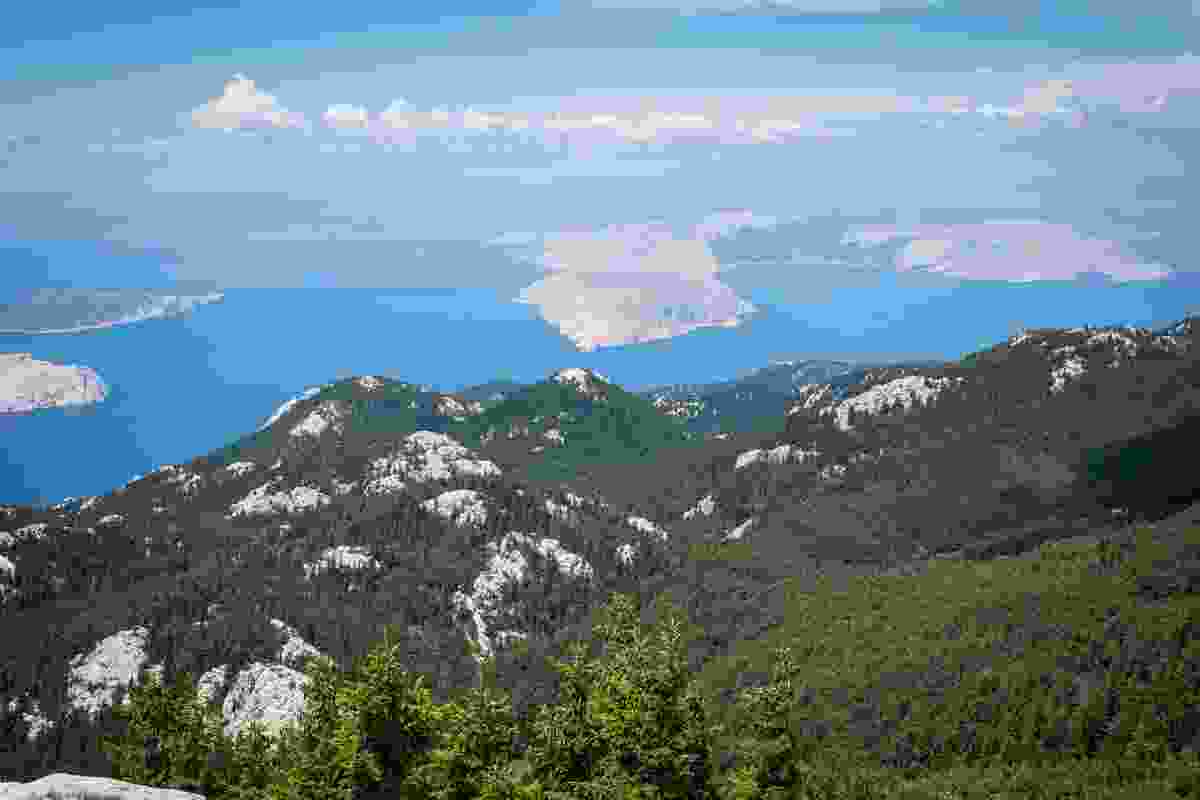 Getting there: Best explored self-drive with the main gateway of Krasno accessible from Zagreb, Zadar and the Istrian towns and cities.

Only bestowed national park status in 1999, this dramatic landscape has more than made up for lost time.

It sweeps along the northern stretch of the hulking Velebit mountains (a northern sibling of the Paklenica National Park), which ripple down much of the Croatian shore.

Much of the park is still wild, so it tends to attract more adventurous hikers and mountaineers. Visitors are able to use the park’s mountain huts, after a particularly challenging day's climb.

Why you need to visit Pula right now

The most stunning trips through Croatia yet