7 things to do in Kaunas, Lithuania

As the budget airline Ryanair launches a new route from Liverpool in the UK to Kaunas in Lithuania, Sarah Riches reveals the best sights and experiences in Kaunas 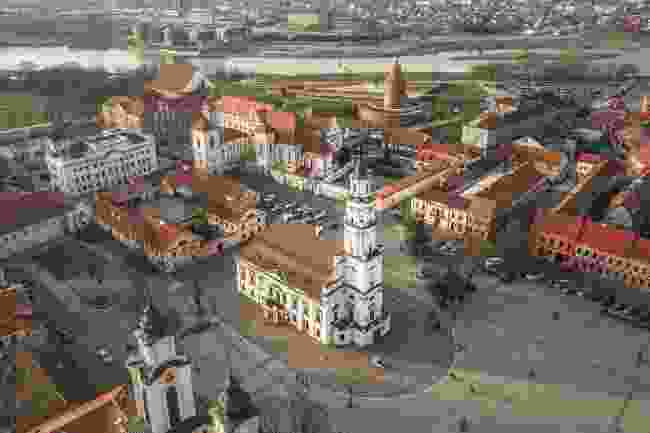 Set almost in the middle of the country, Lithuania’s second city is 92km from the capital of Vilnius. Two rivers – Neris and Nemunas (Neman) meet close to the Old Town, a compact tangle of streets. The centrepiece is Town Hall Square, which hosts events such as a Christmas Market.

Kaunas Town Hall is set within the square, and it’s a good place to start exploring as you get a bird’s eye view from the 53m-high tower perched above the entrance. Nicknamed the White Swan because of its appearance, the hall dates back to 1542, although the current building was rebuilt following a fire. Inside there’s a museum dedicated to local history – don’t miss the prison cell and archaeological finds from Hanseatic traders.

If you’d like to discover more about the city’s role in the Hanseatic League – a trading route that spread from Germany and across the Baltic – visit the House of Perkūnas nearby. A former merchant’s house, the Gothic red-brick building now hosts concerts, exhibitions and tours.

Vytautas the Great Church, built in 1400, is opposite, on the banks of the Neman. Aleksoto Street guides you from the church to the imposing Cathedral of St Peter and Paul, which is home to a grand organ, nine altars and the tomb of the Lithuanian poet Jonas Mačiulis-Maironis. 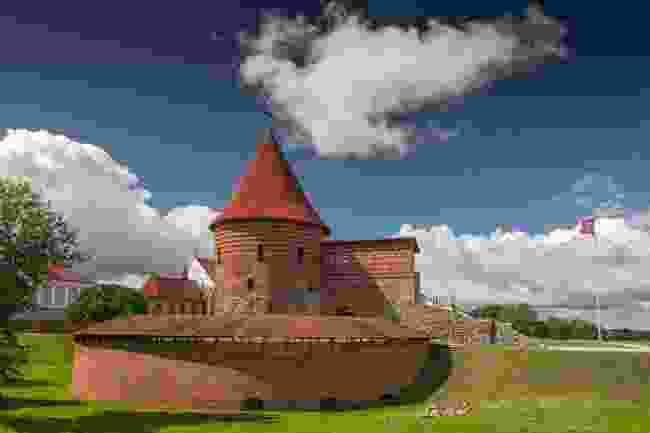 Built from stone in the 14th century, Kaunas Castle sits behind the town hall in Santaka Park, at the confluence of Neris and Nemunas. Once a prison, former inmates allegedly haunt the round tower and bastion which are partly surrounded by the remnants of defensive walls. Today, the grounds host cultural events, festivals and archery and crossbow workshops while inside a museum displays paintings, historical photos and archaeological discoveries such as crossbows, axes and spears. 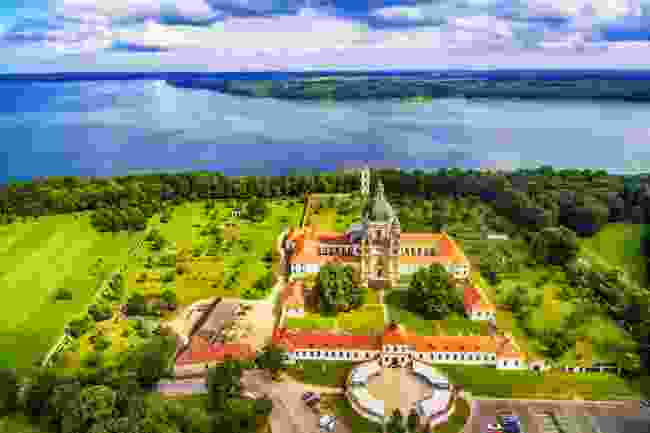 This monastery is set within extensive grounds that jut out into Kaunas Reservoir. It’s a scenic spot and you could be forgiven for thinking the site was chosen for its beauty – but the 17th century monastery was built long before the reservoir. Topped by a dome, the Baroque monastery is decorated with frescoes and marble pillars inside, while concerts and music festivals take place beneath its arches. The grounds are also home to the four-star Monte Pacis hotel. Its restaurant serves ingredients grown in the monastery garden and some local dishes, such as grilled cabbage with wild garlic cream and buckthorn gel. 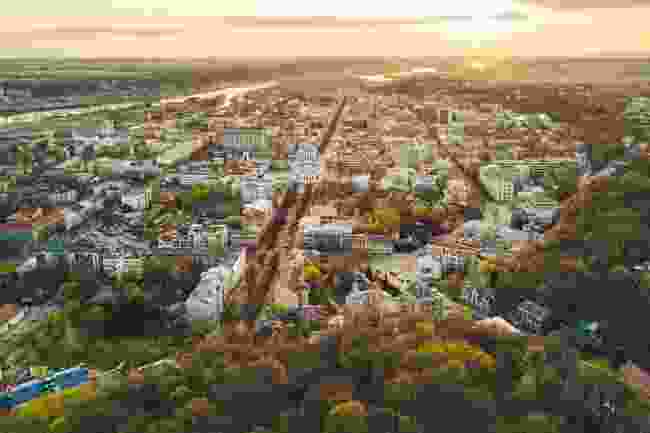 Laisvės Alėja, or Freedom Avenue, runs from east to west through the centre of Kaunas, roughly parallel with the Nemunas River. With its fountains and flowerbeds, the 1.7km leafy boulevard wouldn’t feel out of place in Paris. Like in Paris, the pedestrianised path is lined with shops and restaurants and locals enjoying the city’s café culture. St Michael the Archangel’s Church looms over the eastern end of the street. As well as hosting concerts and theatrical performances, the catacombs are home to Kaunas Museum for the Blind – a sensory exhibition intended to be explored by touch, sound and smell. 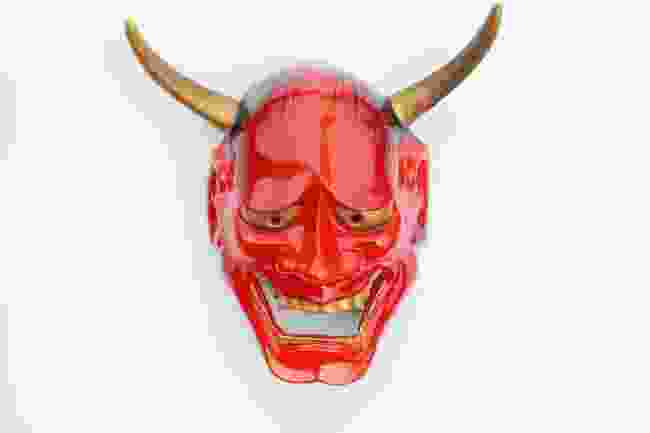 If smelling your way around a museum isn’t quirky enough for you, pop into the Devil’s Museum instead. What began as the private collection of the local artist Antanas Žmuidzinavičius, has morphed into an exhibition of 3,000 exhibits spread over three floors. The collection has been sourced from 70 countries. As well as clay sculptures and works made from glass and paper, visitors can expect to see wooden masks from Sri Lanka, spells to exorcise evil forces and a tree stump that resembles Satan. 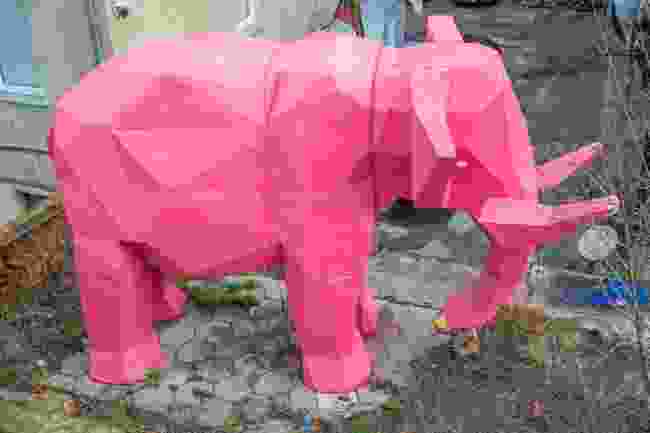 Kaunas is littered with street art, from a pink elephant to an interactive portrait of the Mona Lisa inspired by Dadaism. Look out for Star Seeder near Unity Square; Morfai painted a silhouette of a man throwing stars behind an existing sculpture of a man sewing a basket of seeds. The Wise Old Man meanwhile is a 440sqm sketch of an elderly man smoking a pipe on the wall of an old shoe factory, close to Kaunas Castle. The work is dedicated to George Maciunas, a Lithuanian artist who co-founded the art collective known as Fluxus. 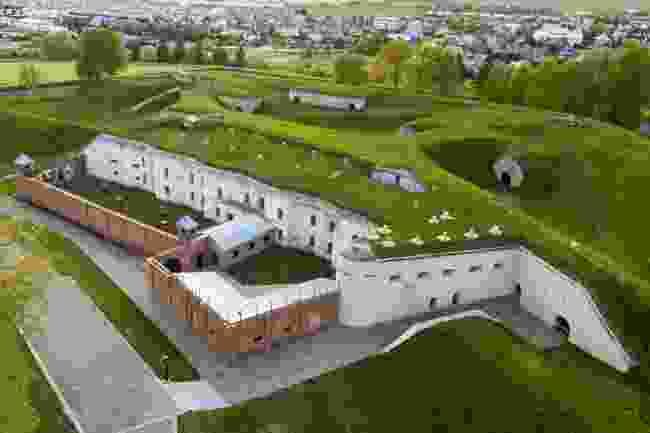 A 25-minute bus ride north of the city takes you to the Ninth Fort, which reveals the city’s dark past. When the fort was built in 1913, it was one of nine – hence the name. But while it was originally built to protect Linkuva Hill, it was transformed into a hard labour prison at the end of the First World War, when a six-metre brick wall and watchtowers were added.

In 1940 when Lithuania was under Soviet rule, people were assembled at the fort before being sent to Gulag camps. The following year, following the Germany invasion, the Nazis murdered Jews and Communists at the fort – on 29 October 1941 alone, they murdered 9,200 Jews, almost a tenth of the victims killed at the site throughout the Second World War.

The site opened as a museum in 1959. Visitors can now take guided tours, explore a park nearby and see a 32-metre monument to the victims.

The Wanderlust guide to Lithuania