5 reasons you must visit Lithuania in 2018

In 2018, Lithuania celebrates the 100th anniversary of the restoration of its statehood. From a new seaside cycle route to unique folk festivals, here are five ways you can join the party 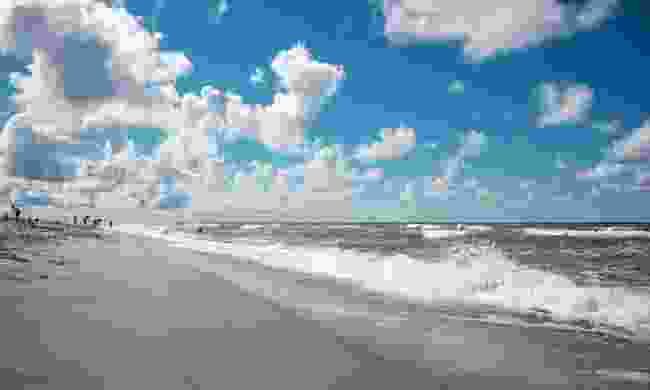 An empty beach on the Curonian Spit (Julius Adomavicius)

The narrow Curonian Spit is a 98 kilometre long sand dune on the Baltic Sea in south western Lithuania. Listed as a UNESCO World Heritage Site, it is one of the most beautiful and unique landscapes in Europe. Here you’ll find blue seas, white sands, untamed nature … and very few people.

The best way to explore the area is by bike along the Lithuanian Seaside Cycle Route. The route connects the picturesque fishermen’s villages of Juodkrante, Pervalka and Nida and offers the opportunity to explore the sand dunes and pine forests as well. Make sure you drop by the Hill of Witches in Juodkrante. This quirky spot was recently recognised as one of the most spectacular sculpture gardens in the world.

2: Get a bird’s eye view of Kaunas 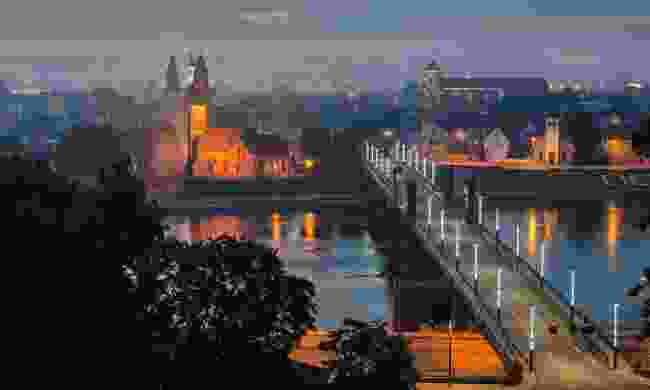 Get a new perspective on one of Lithuania’s most beautiful towns by climbing the new 55-metre tower of Cathedral Basilica of Apostles St. Peter and St. Paul in Kaunas. Already one of the biggest churches in Lithuania, it now also offers of the best views.

The opening of the tower is part of the city’s preparations for its tenure as an European Capital of Culture in 2022. Teeming with some of the best examples of Art Deco architecture in Europe, a vibrant street art scene and a deep, well-preserved Jewish heritage, Kaunas is the ideal short break destination. 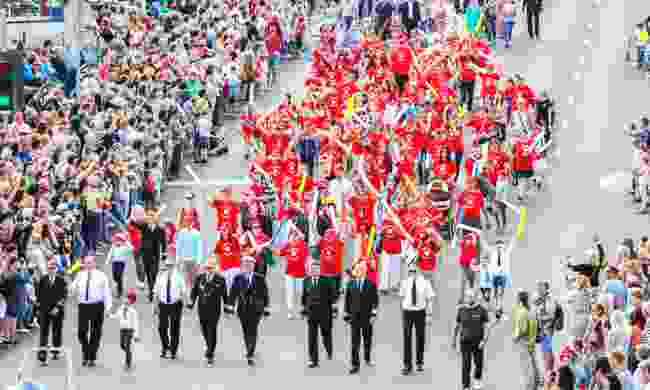 During the last weekend of July every year the seaside town of Klaipeda holds an annual Sea Festival, also known as Summer Christmas. The town comes alive with parades, concerts and parties, with the local docks awash with colour and pageantry.

This year there is extra reason to celebrate with the re-opening of the town’s Sea Museum. Part museum, part aquarium, visitors can learn about the history of navigation in this part of the Baltic Sea as well as watch a colony of penguins or walk through the aquarium’s underwater tunnel, allowing visitors to feel as if they are walking along the bottom of the sea. 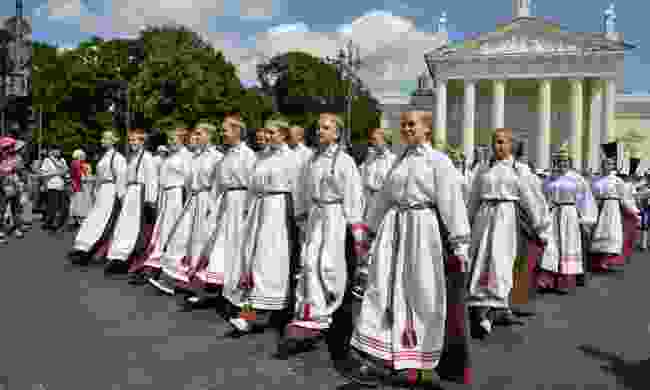 People’s Parade during the Traditional Song and Dance festival (Dreamstime)

Visitors to Lithuania during the centenary are devised to keep their diaries clear as the country prepares to celebrate ‘Restored Lithuania 100’. An extensive programme of events, festivals and initiatives have been planned and you’re invited to take part.

The showpiece event is a Traditional Song and Dance Festival, dubbed as the ‘Lithuanian Art Olympics. This UNESCO World Cultural Heritage event will be held in Vilnius from 1-6th July 2018.and promises to be a vibrant explosion of charm and colour, awash with with vibrant costumes, folk songs and folk dancing. 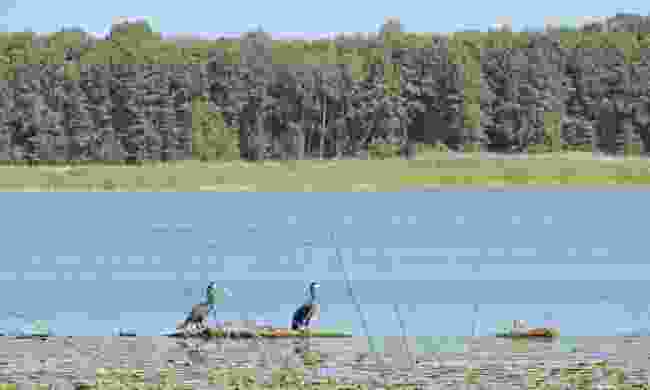 The southernmost of Europe’s Baltic States, Lithuania boasts white sand beaches, numerous national parks and more than 3,000 lakes, all waiting to be explored. The Curonian Spit, with its vast sand dunes and endless beaches, is the obvious place to start experiencing Lithuania’s natural wonders, but there are other gems worth exploring too.

The Nemunas Delta Regional Park is right next to the Curonian Spit and is a gorgeous wetland, dotted with islands, marshes and flooded meadows. Located on a migration route from Africa to the Arctic, it is a popular breeding ground for 294 species of birds. Aukstaitija National Park, in the north east of the country, is the oldest in Lithuania, covering over 400 square kilometres and home to 30 rivers and 126 lakes. Dotted with forests of pine and spruce trees, covered in wildflowers in summer, it is one of the most beautiful places in the country and the best place to see local wildlife including wild boars, deer and elk.