Lithuania is full of history, from the iconic Hill of Crosses (a poignant memorial to the Lithuanians who died fighting against Tsarist, Nazi and Soviet rule) to Vilnius’s Unesco-listed Baroque Old Town.

In the capital’s cobbled streets, you’ll also find a wealth of quirky shops, eccentric cafés and bohemian art galleries. And since Lithuania is thankfully not part of the Eurozone, you can get this culture-fix on the cheap.

Hikers and cyclists can enjoy the well-marked trails of the Curonian Spit National Park - an extraordinary strip of sand dunes and pines that separates the wildlife-rich Curonian lagoon from the Baltic Sea.

There’s lots of boating fun to be had in Trakai National Park and in the lesser-visited Aukstaitija National Park, it’s possible to walk for hours without meeting anyone.

A warning worth bearing mind when you’ve had too much midus and make your way to the nearest WC: the letter M on the door does not stand for Men. It signifies moteru (women).

When to go to Lithuania

Climate and crowds in Lithuania: Much of the country is under permanent snow cover from November to March and the average temperature is below freezing.

Summer (from May to August) brings the warmest weather. It’s worth visiting at the beginning of summer since most Lithuanians take their main annual vacation at the height of summer, causing severe congestion and August sees the most rain.

Late April when the flowers are in bloom and September and October when the parks are a sea of red are pleasant times to visit.

No matter what time of year, the weather can be unreliable, so take waterproofs.

Festivals in Lithuania: Kaunas holds a month-long Jazz festival in April, while Vilnius stages a classical music festival throughout June. In May, the capital holds the colourful Vilnius carnival.

Vilnius (VNO), 6km from the city

Getting around in Lithuania

Trains in Lithuania are cheap but slow and infrequent. Train services between Vilnius and Lithuania’s other major cities tend to be slightly cheaper than the express bus services but take longer. For timetables, see Litrail.

Buses are the mainstay of Lithuania’s public transport system. The cross-country express routes linking Vilnius and Kaunas with Klaipéda and Palanga are frequent, fast and served by comfortable, modern coaches.

Most have bike lines so cycling can be a good way of getting round. Outside of the main cities, cars are invaluable for reaching places painfully slow to get to or inaccessible by public transport.

If you’re hiring a car local operators tend to give a better deal than international agencies.

Although smaller boutique hotels and B&Bs are springing up in Lithuania’s cities, be prepared to end up in the odd 1970s monstrosity on your travels.

Room rates in the coastal resorts can rise dramatically in peak season.

In Vilnius, where hotels cater largely for a business clientele, there are good weekend deals to be had.

Rural farmhouse stays can be a good value option and a chance to sample real Lithuanian home-cooking.

You can get information on these from local tourist offices and many are listed in the national tourist board’s publication, Countryside Holidays.

Lithuania’s national dish is Cepelinai (Zeppelin), so called because of its shape. This meat-filled potato dumpling is traditionally slathered in sour cream and pork cracklings.

Pork and potatoes feature heavily in most Lithuanian dishes.

Vegetarians will have a hard time of things if they don’t eat fish. The Baltic, the Curonian lagoon and Lithuania’s rivers provide an abundant supply of cod, plaice, salmon, trout, perch and eel, which is often served smoked.

Lithuania’s most distinctive drink is gira, a refreshing rye-brew with little or no alcohol content. Most bars have a daunting array of locally produced beers and spirits, including several types of vodka and midus – a fiendishly-strong honey mead.

If you are an EU citizen, a European Health Insurance Card covers you for emergency medical treatment.

No vaccinations are required, though it’s worth checking your tetanus jab is up to date. In some parts of Lithuania there is a small risk of contracting tick-borne encephalitis and Lyme disease – consider insect repellent.

Tap water is safe to drink, although in certain areas the locals prefer to drink bottled water.

Lithuania is generally a safe country for tourists. However, there have been occasional reports of tourists being drugged in bars and robbed, so don’t accept drinks or food from strangers.

Don’t flaunt valuables or lots of money in public as pickpockets do operate in Lithuania’s cities. 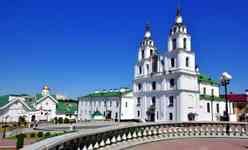 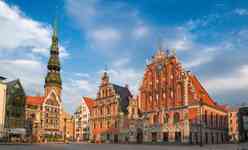 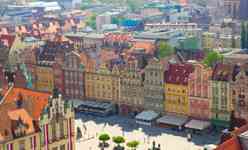 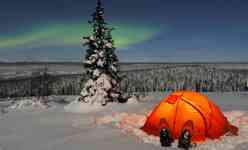