When a new mindfulness tour offered to show Phoebe Smith around an Italian town AND take her on a journey within, she put away the map, set aside the guidebook, and went in search of some Street Wisdom… 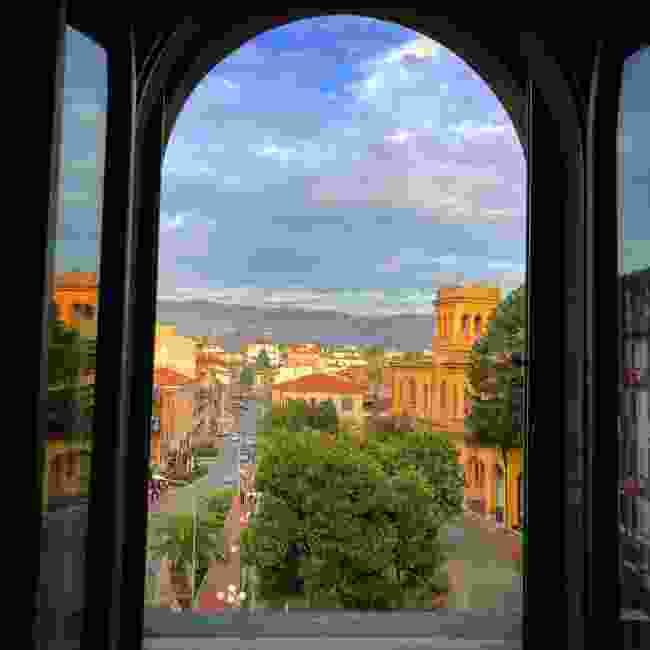 Guitar music wafted out of an open doorway, filling the street with its rhythmic melody. Children played on swings underneath the gnarled branches of wizened oak trees. From somewhere behind the ochre-coloured houses, water was running.

But I didn’t notice any of this when I first strolled through Montecatini Terme in rural Tuscany. That’s because I was, typically, running late for a walking tour through the small Italian enclave.

Though this was a tour with a difference. “The idea is to awaken your inner compass,” said guide Anja as a small group of 10 others and I met her in the town square, while the water from one of the many fountains trickled behind us, soothingly.

Started by British author and performer David Pearl, Street Wisdom offer tours in a growing number of cities around the world.

None of the guides are paid. They just volunteer – and you won’t pay to take part either. The idea is: you don’t pay a fee, you pay attention. With nothing to lose other than a morning, I decided to silence my inner cynic and give it a go. 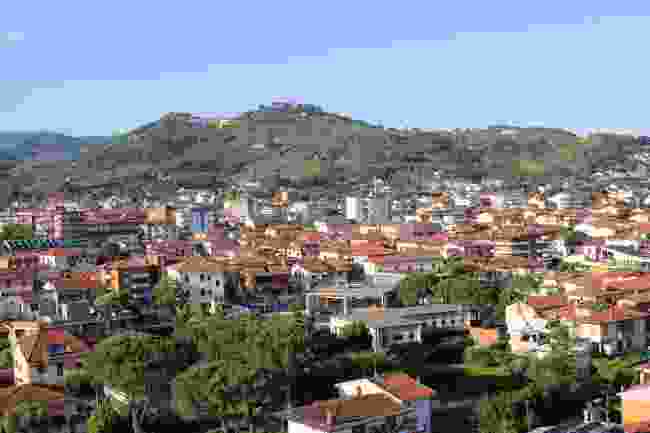 The rooftops of Montecatini Terme (Shutterstock)

“To start with, I want you to think of a question, nothing too broad like, 'what’s the meaning of life?' But something specific such as, ‘should I take this promotion or end this relationship?’

“The more direct the better,” she explained. Questions set (I had just been asked to accompany a friend on a challenging expedition, so I decided to ask if I should go), Anja explained that over the next 90 minutes she would give us locations to meet her at, and a series of ‘prompts’ to follow to get there. It felt a bit like a treasure hunt. 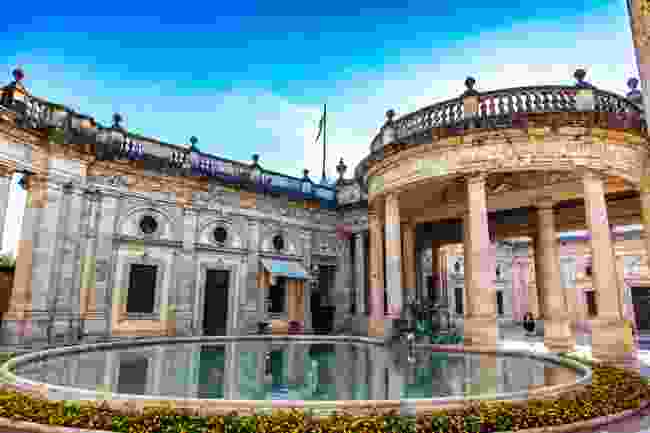 Showing us on a map the first spot – just three blocks away – she simply said: “Be drawn to what attracts you and meet me there in 10 minutes.”

After hesitating – as a fast walker it seemed crazy to take 10 minutes to walk so short a distance – I began to move. As I did, I heard the guitar music that I’d missed earlier and with time on my side began to follow it, wandering along a small track into a park, the smell of flowers filling my nose. It took me to a bench where a man sat playing a guitar next to a statue of the composer Giacomo Puccini, who lived and worked in this part of the country.

I stopped walking and simply listened until the musician had finished his song, thinking about the music made here past and present, feeling myself getting lost in the tuneful melody.

It was only as I saw Anja at the meeting point that I realised I’d not thought about my question at all. “Doesn’t matter,” she said, “just keep it in the back of your mind.”

Then came the next prompt: “Slow everything down”. 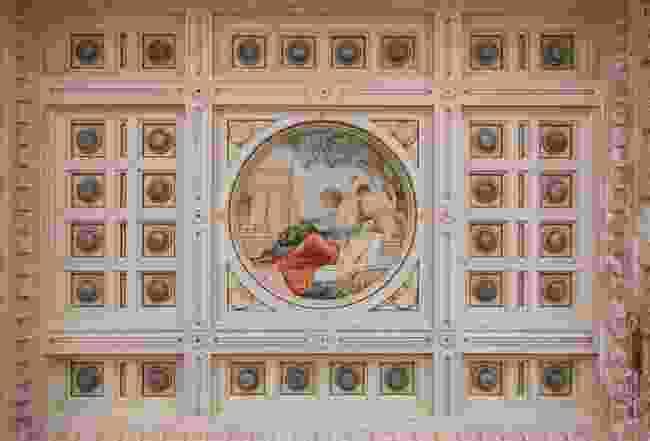 The hotel I passed had the word ‘holiday’ written on the wall in large letters, but with the letter ‘O’ replaced by the icon of the sun, I noticed this when I stood on a discarded sweet wrapper with a snowman logo. 'Was this a sign?' I wondered.

I passed the playground where the kids were playing on a model of a ship. Right before, I spotted a yellow and black hazard sign warning me of dangers ahead. My mind was racing with all these apparent signs.

I reached the next meeting point and Anja offered another location, another prompt. I spent the next 10 minutes ‘noticing the patterns’ - from flower chains and symmetry in the wrought iron and lack of it in the modern friezes. I noticed the changing architecture from the Italian Art Nouveau style of the Terme Tettuccio Spa, to the medieval clock tower – in short, I took the time to look up rather than just down at my phone.

As the 90 minutes came to an end, following more prompts and more ways to take my time, the final task was to explore the town individually, keeping the same question in our minds, and resisting the urge to check email, social media or phone a friend. 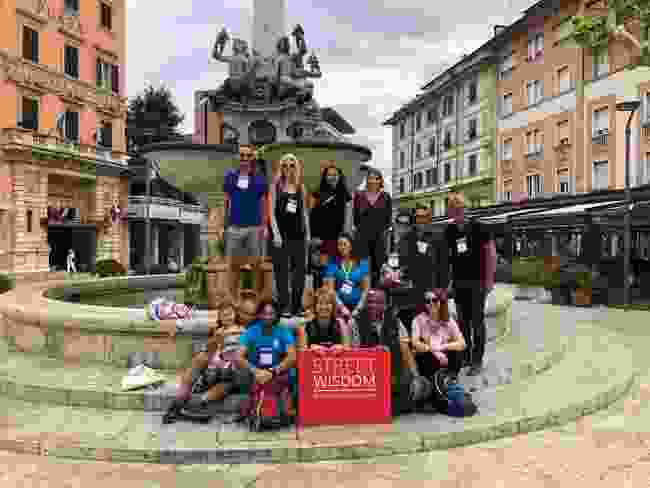 By the Guidotti Fountain with the group (Phoebe Smith)

At first everyone looked sceptical, but somehow - with someone telling us to do it - we obeyed. And so I spent the next 60 minutes not just walking through the city, but really looking and listening to it, too. I didn’t use a map but asked locals for suggestions.

I stopped to read the stickers on the lamppost that depicted a Viking warrior, I paused to explore an alleyway festooned with flowers - only to find a little cobbled-stoned courtyard open up before me. I was captivated by two cafes whose music blended together to create an odd cacophony of sound, mirroring the buildings where old and modern Italy also collide.

Making my way to the final meeting point – the Guidotti Fountain in the main square – I still hadn’t answered my question. Then, as I rounded a corner, an older woman blocked my path and said something to me in Italian.

I couldn’t understand her, but she gestured 'go, go' and I suddenly knew what I had to do. Just like that, my question was answered and I’d never felt so sure of anything before in my life. 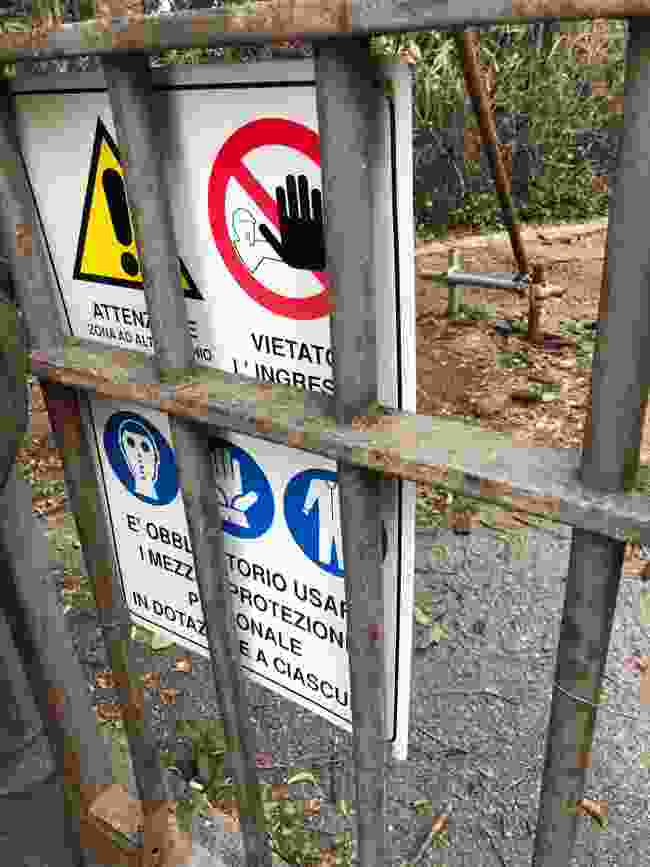 One of 'too many signs' Phoebe encountered (Phoebe Smith)

As I reconvened with the group it was as though more than just an hour had passed. I felt like I now knew this town better than my own. I’d explored so many side streets and taken the time to notice everything in my path and spoken to people I met.

And, more than just seeing the sights, I’d allowed myself the time to consider a single question that really mattered for me.

I never would have thought that just by slowing down and turning off my phone I not only could explore a place more intimately but also get to know myself a little better, too – and all without paying a penny.

There are some who may think they don’t need to be told to concentrate, to allow time for themselves, to switch off, but for someone like me: prone to rushing, always focusing on work and allowing myself to be distracted by emails and social media demands... being forced to set aside the time to do it by a guide was necessary, otherwise I’d never have tried.

And, though I didn’t travel far physically, I realised that it had changed the way I think about visiting a place.

I vowed to, on my next trip, slow things down and allow myself the freedom to simply explore and notice the little things rather than dash around trying to do it all.

“Sometimes the street doesn’t shout, it whispers and so you have to concentrate really hard if you want to hear it,” said Anja.

Once more guitar music played in the distance, but this time I noticed it instantly.

Read more of Phoebe's adventures around the globe:

Can 'underwater IVF' save the Great Barrier Reef?