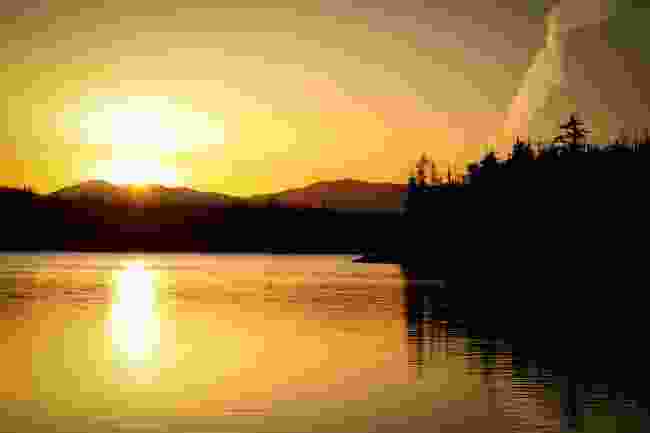 Sat on the beach she looked utterly serene. As she walked down to the water’s edge to take a dip her blonde hair caught the sunlight, shining near golden.

She stopped, took a look at the thick line of western hemlock trees behind her, and made her move. Suddenly a guttural bark came from the forest, swiftly followed by the fast moving of bushes. Seconds later, a huge male grizzly bear emerged into the clearing.

She turned to look at him, unimpressed. As he bounded towards her, she turned her equally as fuzzy rump and ran into the woodland. He quickly followed. 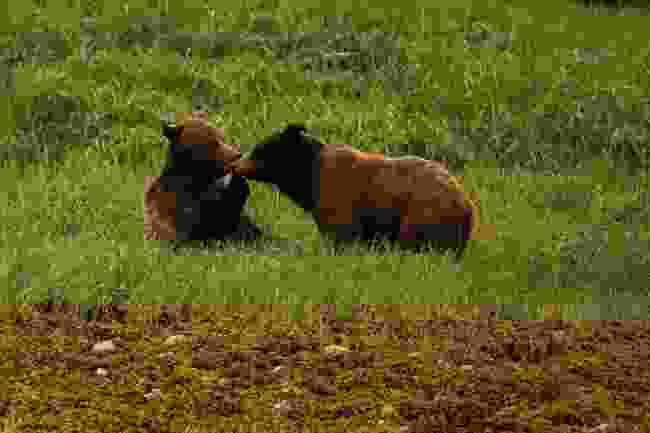 This game of chase went on for about two minutes before she relented and allowed him to catch up with her. They nuzzled each other amorously, then she changed her mind and began to walk away once more, though turned her head every so often to ensure her suitor was in pursuit.

“This time of year is like Spring Break for the bears,” said biologist Barrie Gilbert, as we watched this courting couple of grizzlies perform this routine on the shore. In the space of an hour, they mated several times to the point where we weren’t quite sure where to look. I’ll never forget the first time I saw a grizzly bear. It was through the telephoto lens of a camera and so mesmerised was I that it took me a good few seconds to understand why I could no longer get my camera to focus on it.

The reason, I realised with a rising concern, was that the huge 400kg animal – one that can run at speeds of up to 27mph - was just a car length away from me. I froze.

And though I’d watched all the safety videos and read the ‘Bear Aware’ literature pre-trip, now in the actual moment I couldn’t remember a thing. All I could do was simply sit and hope for the best.

The bear sniffed the air around me deeply and purposely – in a move that seemed to last forever (though was, in reality, only a few seconds).

Then, clearly unimpressed with the absence of berries (this was September and he was on the hunt for food to fatten up pre-winter), he sauntered away back into the scrub.

It was only then I noticed I’d been holding my breath...

After that unplanned close encounter several years ago I’d shied away from chance run-ins, and, if walking in bear country, would sing out songs so loud I undoubtedly scared away any grizzlies – and likely any hikers in nearby valleys too – in order to minimise my chances of happening upon one unawares.

What persuaded me to give it another go was the opportunity to watch them by boat. And not just any boat, but a nimble zodiac with a high draught meaning it could nip up into tidal rivers at high tide – prime bear habitat owing to the layers of nutrient-rich sedge grass – and sneak a peek at them in a kind of moving hide. 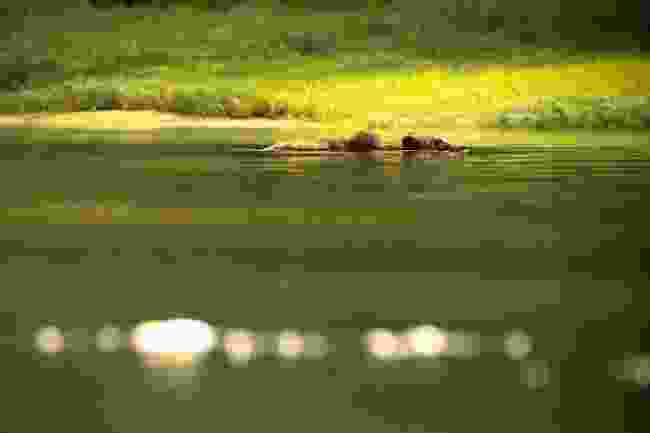 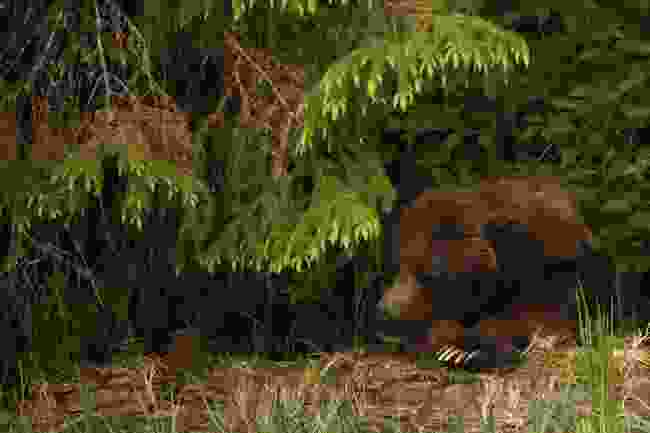 “Bears are pretty mellow,” Barrie had said when I’d first arrived in the town of Prince Rupert, a two hour flight from Vancouver on Canada’s west coast. “There’s absolutely nothing to worry about.”

Bold words indeed – especially given that Barrie bears the physical scars of a man who has been mauled by ursus horribilis.

“It was back at the start of my career and was completely my own fault,” he confided when I asked later that night onboard the Island Roamer yacht (with zodiac attached), my home for a week’s worth of bear watching. 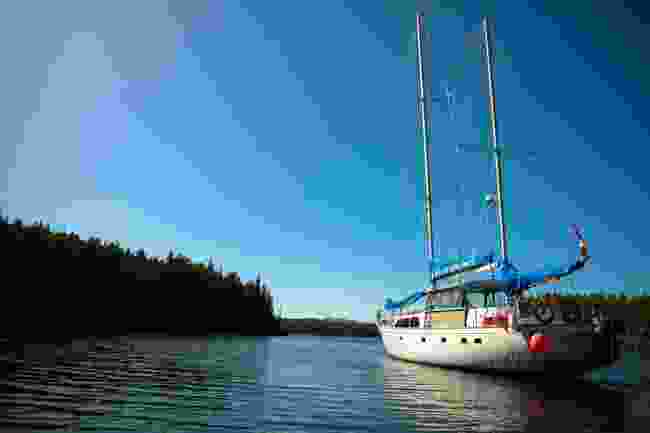 “I was so eager to not to lose the mother and cubs that I had spotted that I ran over the top of a mountain ridge only to see a huge ball of fur coming straight at me. It was over in seconds.”

Though it was only a 30-second encounter, Barrie lost an eye, half his face, two fifths of his blood and with scars needing over 900 sutures.

He very nearly died. Yet in the 40 years that have passed since that fateful day, he has become their biggest advocate and campaigned tirelessly to protect them.

He outright refused to have the bear responsible for his injuries destroyed and now – following BC finally banning trophy hunting of grizzlies a year ago – tries to encourage people that photographs, not furs, are the real trophies worth capturing. 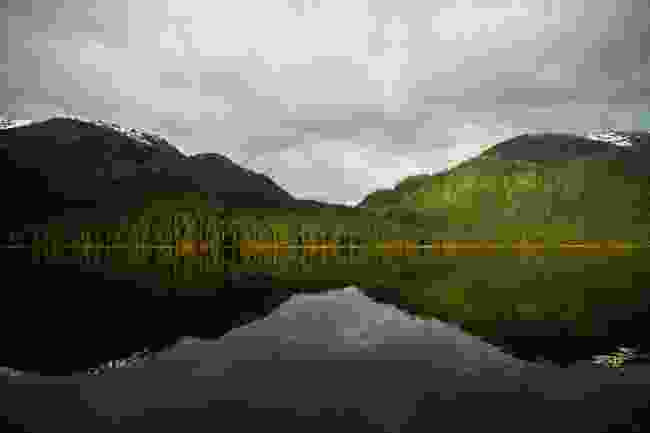 To catch our prize snaps we sailed to an area called the Khutzeymateen – a 45,000-hectare Provincial Park for which only three boats have permits to enter.

As such only around 200 people get to go every year. Bear viewing is only allowed from the water and, as our vessel had a zodiac that could virtually navigate the waters of a shallow puddle, we were the first allowed inside the inlet to spot them.

The advantage of being on the water rather than land became clear. Not only were we mobile and could move to where any action was, from that viewpoint every critter came closer, unconcerned by our presence. 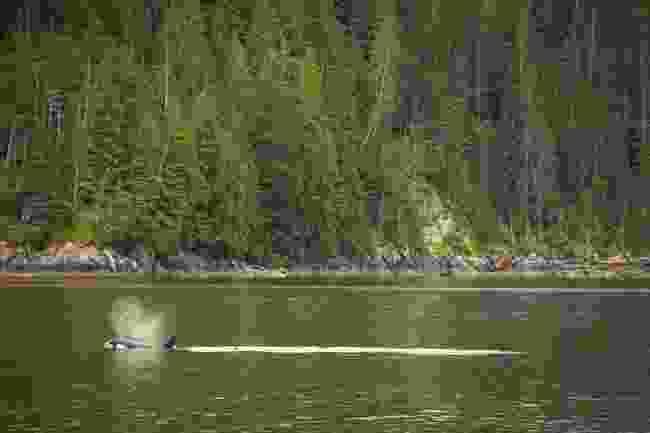 We were treated to not one but two mating couples; a mother and her yearling cub, an older female so big and blonde she resembled an albino cow grazing on the sedge and – my particular favourite – a young male eating so much sedge that when he looked at me, he had blades of grass coming from every side of his mouth like green cigarillos.

“The boats really don’t bother them,” explained Barrie as he got out of the boat in waders, along with skipper Jonas, and they would push us into prime position to best watch the ursine residents. 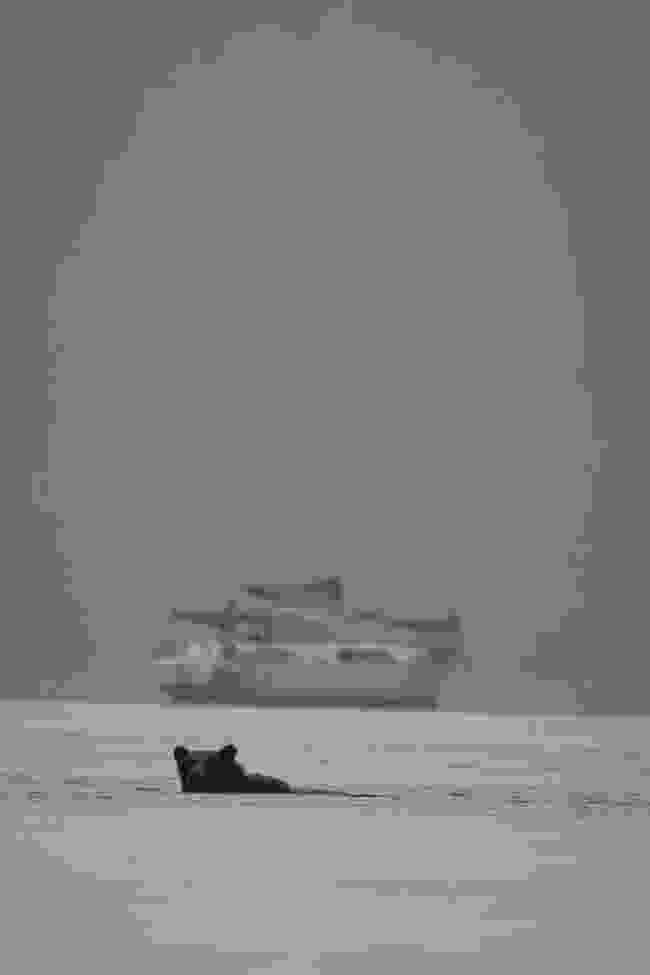 A bear and a boat (Phoebe Smith) 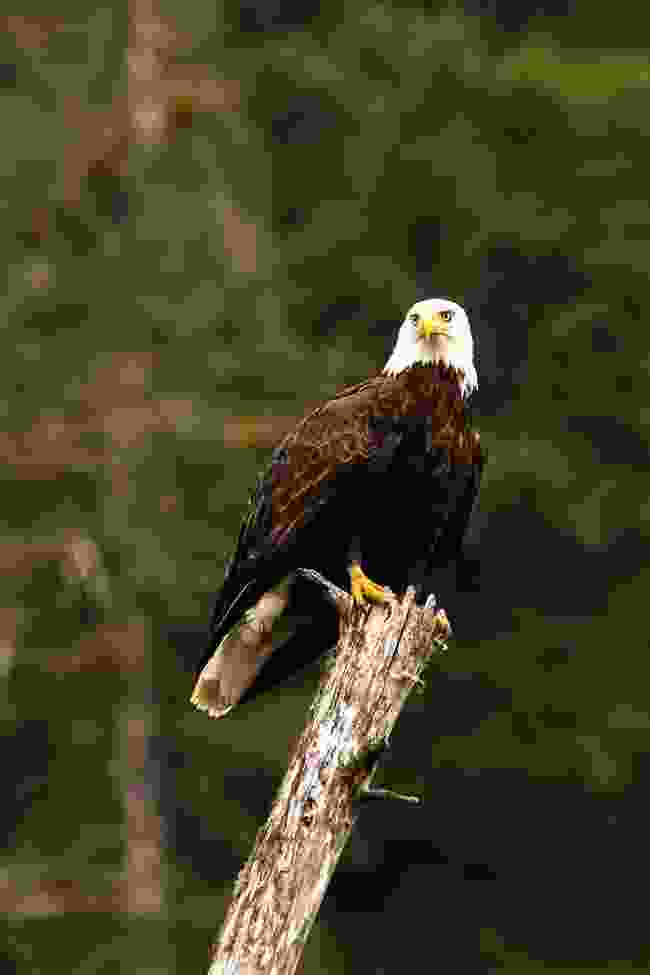 When we weren’t being treated to bears, we used our nifty boats to go and find bald eagles who were busy building nest upstream, minks that foraged along the shoreline and rookeries of harbour seals who played on the sand banks.

After two days in the inlet itself we headed to another even quieter bay known as the Kwinamass, where a mother and her two cubs were digging for clams on the beach, loons cried out at dawn as our very natural alarm call and pods of curious dolphins splashed around the bow.

My final bear encounter came as we headed out on the open water bound back towards the boat. I was sat at the front watching the waves crash, feeling meditative and calm, when I spotted a massive grizzly coming towards us on a spit of sand. 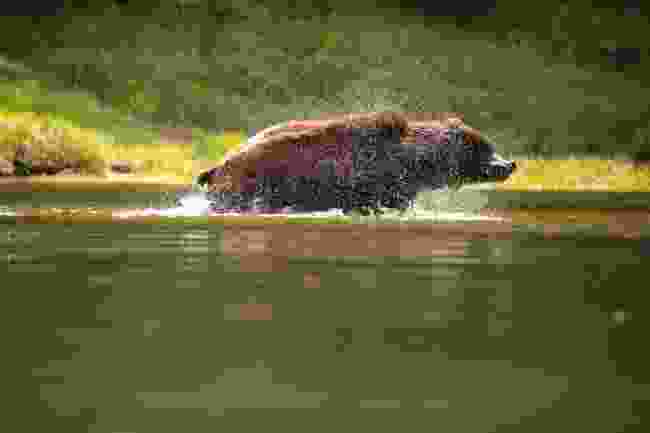 He plunged into the water and began swimming by. I grabbed my camera and looked through the viewfinder only to realise that, once more, I had a bear who was far too close to me to focus on.

But rather than feel apprehensive, here on this little boat I was simply in awe, watching the grizzly gracefully manoeuvre in the water at near eye level.

And while I still may have been frozen to the spot, this time it was not through fear, but utter delight.

Where to go bear watching in Alaska