5 reasons you must visit Sarajevo

Steeped in history, surrounded by nature but dogged by notoriety, Sarajevo is emerging from its dark past to become one of 2020’s must-visit destinations... 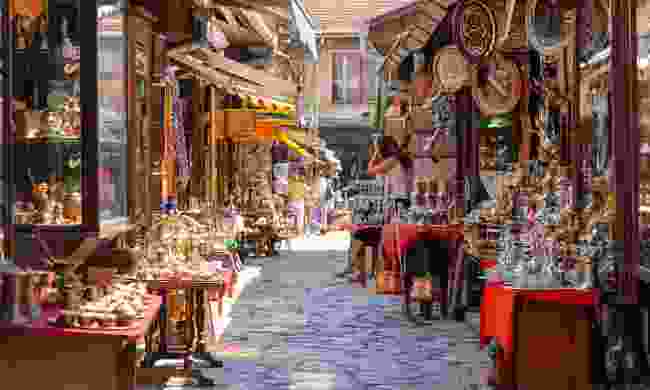 The narrow lanes of Baščaršija (Shutterstock)

The beating heart of Sarajevo ever since it began life as a caravanserai in the late 1400s, Baščaršija is the historical and cultural centre of the city.

It is here you’ll find Gazi Husrev-beg’s Mosque and the wooden Sebilj Brunnen Fountain, as well narrow lanes packed with tiny workshops. It is regarded as one of the best examples of an oriental bazaar in the region.

In olden times, each lane was dedicated to a particular profession, from shoemakers and locksmiths to jewellers and potters. Copper Street, overflowing with utensils made from copper, is the best example of what those times were like. Most workshops have been converted into cafes and souvenir shops.

The real joy is simply wandering the lanes, losing yourself in the clamour of market life. All lanes lead to Pigeon Square, a popular open space at the heart of Baščaršija, where locals gather to gossip, drink coffee and simply watch the world go by.

Join the local kids feeding the pigeons that gather here – enterprising photographers are on hand to capture the chaos that ensues, a perfect Sarajevo moment for your Instagram feed. 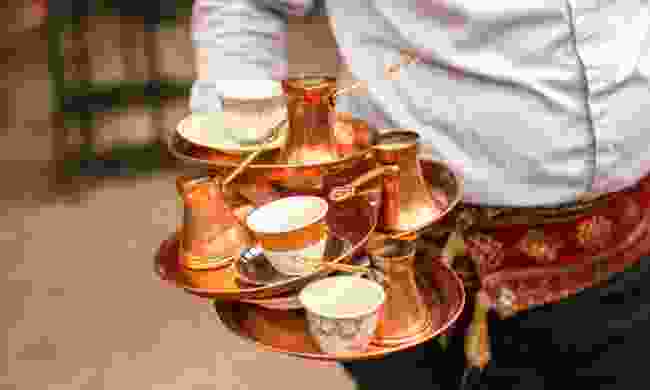 Locals will tell you that the city runs on bosanska kahva, Bosnian coffee. Thick, black and strong, it is the lifeblood of the city. Not just as an early morning heart-starter, but as a social lubricant as well. Every business deal, every family disagreement solved, every story told has a cup of coffee at its heart.

Locals like to take their time over coffee, sitting at sidewalk cafes with friends, chatting, laughing and watching the world go by. Following traditions originating from Ottoman times, coffee is served in a dzezva and then skilfully poured into small cup.

You'll probably spot dzezva for sale in the markets in Baščaršija. Basically, they're small copper pots with long handles. They make the perfect souvenir. 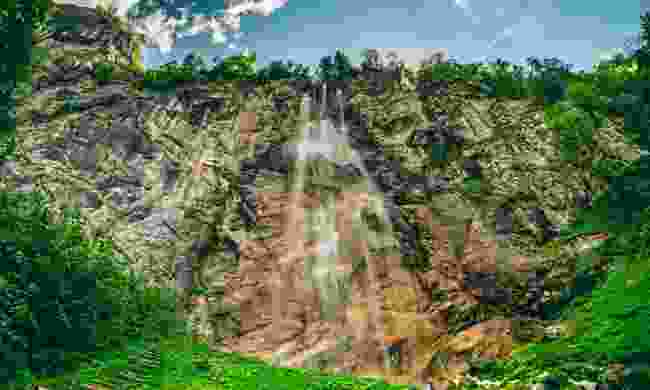 Nestled in the heart of the Dinaric Alps, Sarajevo is a city surrounded by mountains. Imposing peaks loom over the city, and true wilderness is never more than 30 minutes away. The most famous mountains are Trebević, Jahorina, Igman, Bjelašnica: the four mighty massifs that hosted the Winter Olympic Games in 1984.

In winter, they offer some of the best and most affordable slopes in Europe. Jahorina and Babin Do are the most easily reached slopes. The Olympic slopes of Bjelašnica offer eight runs, each with a ski lift, from easy to black, as well as valley runs.

Come summer, the mountains trails here offer breathtaking treks for hikers of all level of abilities. The hike to the summit of Trebević is popular, offering stunning views back across the city and the satisfaction of conquering the city’s most iconic mountain.

The hike to the Serbian village of Bukovik, on the western slopes of Mount Ozren, takes in the incredibly beautiful Skakavac waterfall and is punctuated by rustic mountain huts serving pita, a traditional pie-like pastry.

Walks around Cavljak are a great introduction to rural life in this part of the world, while the trail along the Pansion River, starting near Vijećnica, Sarajevo’s iconic City Hall, leads to Kozija Cuprija (Goat’s Bridge) is a classic stone Ottoman bridge built in the 16th century. 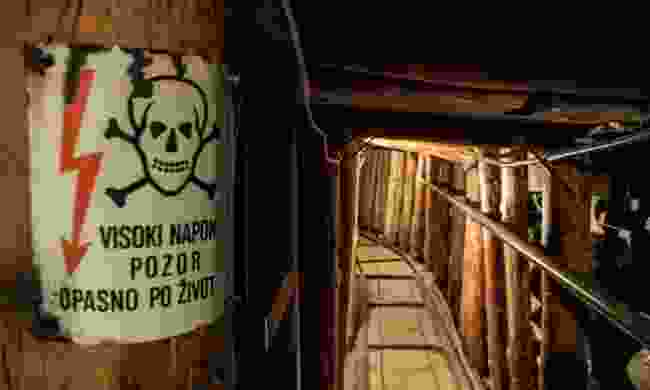 For such a relatively small city, Sarajevo has had a turbulent history. It was founded by the Ottomans, annexed by the Austro-Hungarians, and the assassination of Archduke Franz Ferdinand there in 1914 helped spark the First World War.

It hosted the Winter Olympics in 1984 and barely a decade later, suffered through the longest siege in modern history during the Yugoslav Wars.

The local tourist board calls the city an outdoor museum, as there are reminders of each part of the city’s chaotic past on every corner. From Ottoman-period Mosques to the ‘Tunnel of Hope’ that linked Sarajevo with the outside world during the siege, you’ll encounter history at every turn.

Not surprisingly, it is the reminders of the Bosnian War that are the most immediate and affecting. The War Childhood Museum gathers testimonials of children who grew up in the city during the siege. Galerija 11/07/95, too, is a sobering memorial to the terrible massacre in Srebrenica. 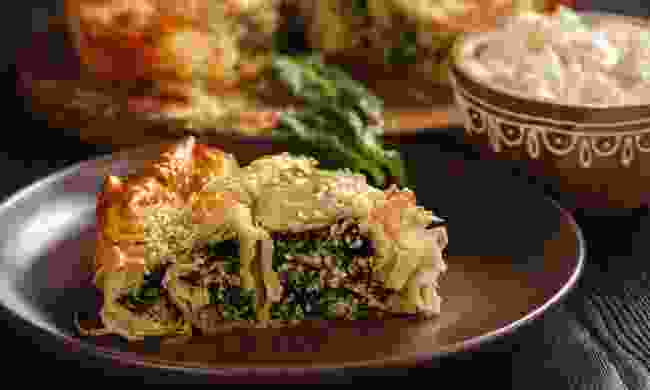 Burek, a Bosnian puff pastry, here made with spinach (Shutterstock)

Heavily influenced by 400 years of Ottoman rule, the food of Sarajevo is hearty, filling and no place for vegetarians. Lamb and beef are the preferred main ingredient. While there are plenty of locally sourced (and usually organic) vegetables in the dishes, it's invariably a grilled chunk of meat that is the star of the show.

For a snack, try cevapi, oblong-shaped kebabs grilled in front of you and served with raw onions, local pita bread and sour cream. Burek is also popular: a kind of flaky pastry pie, filled with meat, cheese or spinach.

For something a bit more substantial, try klepe (minced meat dumplings), dolma (eggplants and peppers stuffed with mince), or bosanski lonac, a hearty stew made from whatever is close to hand and considered the national dish.

For those with a sweet tooth, there are plenty of Turkish-style pastries like baklava and doughnut-esque ustipci. But make sure you save space for a bowl of tufahije. Basically an apple boiled in sugar, stuffed with walnuts and served with syrup and whipped cream, it is the perfect accompaniment to the city’s industrial strength coffee.

More things to do in Bosnia and Herzegovina:

9 things you must do in Bosnia and Herzegovina

5 reasons you must visit Mostar, Bosnia and Herzegovina

5 reasons to hike the Peaks of the Balkans