9 things you must do in Bosnia and Herzegovina

At the crossroads of Europe, Bosnia and Herzegovina is a beguiling blend of history, natural beauty and extraordinary hospitality. Despite its recent history, it's time to give it a whirl...

1. Walk through a world of history in Sarajevo 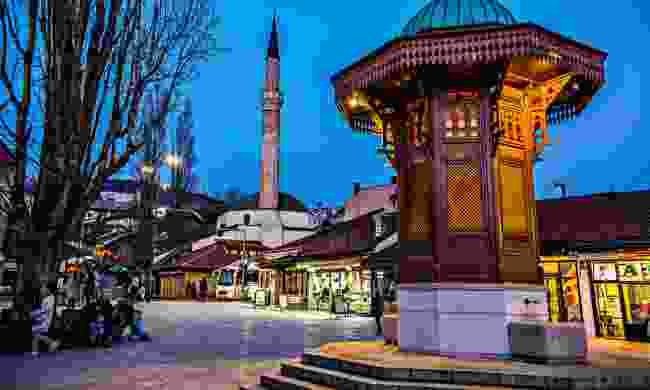 For such a relatively small city, Sarajevo has had a turbulent history. It was founded by the Ottomans, annexed by the Austro-Hungarians, and the assassination of Archduke Franz Ferdinand there in 1914 helped spark the First World War.

Occupied by the Nazis, liberated by Tito and his partisans, the city hosted the Winter Olympics in 1984, before suffering through the longest siege in modern history during the Yugoslav Wars.

Little wonder then that the local tourist board calls the city an outdoor museum, with reminders of each part of its chaotic past on every corner. From Ottoman-period Mosques to the ‘Tunnel of Hope’ that linked Sarajevo with the outside world during the siege, you’ll encounter history at every turn.

2. Ski on Europe’s most affordable slopes 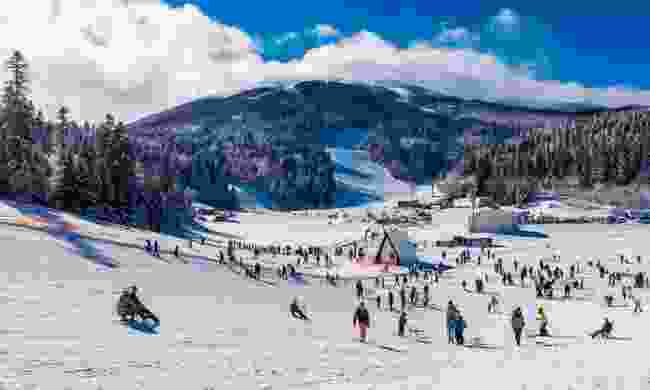 With Europe’s traditional Alpine slopes massively over-crowded and over-priced, Bosnia’s slopes offer a refreshingly affordable alternative. There are five main resorts dotted across the Dinaric Alps, each offering something for skiers of all levels of ability.

Jahorina and Babin Do lay within easy reach of Sarajevo. Further afield, Vlašić, in central Bosnia, is renowned for its active nightlife and off-piste adventures.

Kupres has longer runs. Its slopes extend for over 13km, making it popular with beginners and intermediate skiers - as well as Croatians from Dalmatia nearby.

For a real challenge, head to Bjelašnica, Bosnia’s Olympic slopes. Expect over eight runs, each with a ski lift, from easy to black, as well as valley runs.

3. Search for miracles and wine at Medjugorje 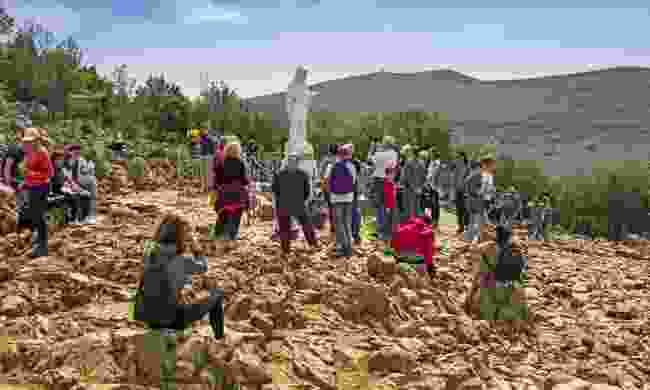 Once a tiny town in the rocky hills of Herzegovina, Medjugorje now hosts thousands of Catholic pilgrims keen to visit the spot where the Virgin Mary appeared before six children playing on a hill in 1981.

That spot is marked by a white alabaster statue of the Virgin Mary. Simply follow the line of pilgrims up the rocky slopes at the back of the town as they climb up Apparition Hill.

Medjugorje is also famous for secular reasons. The locals have been growing wine on the dry slopes here since Illyrian times, and it is rather good.

Today, the huge wine factories from Yugoslav times have gone and in their place a number of small independent wineries have sprung up. Local companies offer tour along the Herzegovina vinska cesta (wine route), but with most vineyards close to each other, you could easily follow the route yourself. The Tara Canyon is one of the longest and deepest canyons in the world. Carved by the Tara River, it forms the border between Bosnia and Herzegovina and Montenegro.

78km long and 1,300m at its deepest, the canyon is home to high cliffs, pebble and sand beaches and over 80 caves. It is listed as a UNESCO World Heritage Site.

With crystal clear blue water, sheer cliffs and rapids, it is also one of the best places to go white water rafting in Europe. May and June are the best months. The waters are high and so is the adrenaline.

There are two starting points: Šlivansko, near Žabljak in the upper part of the canyon, and Brstanovica, near Scepan Polje, in the lower part (both in Montenegro). Check local rafting companies for tours.

Later in the summer, when the waters drop, the river is popular with local families.

5. Pay your respects at Srebrenica 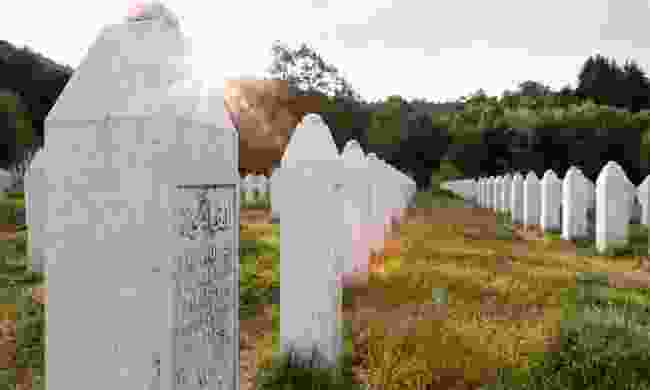 Srebrenica cemetery for the victims of the genocide (Shutterstock)

Srebrenica, a small town in the east of the country, was the site of one of the most horrific atrocities of the Bosnian War.

On 11 July 1995, thousands of Muslim men and boys were rounded up from a United Nations-declared safe zone, driven away and massacred by Bosnian Serb forces.

Today, a memorial to those lost stands at the derelict battery factory that served as the Potočari UN base. The most affecting part of the memorial is the cemetery directly across the road, where row after row of pointed white Islamic-style gravestones commemorates reburied victims. Such was the extent of the massacre that new bodies are discovered and buried here each year.

Be warned: visiting the memorial is a harrowing experience. Most of the guides here are survivors, many with relatives buried in the cemetery. 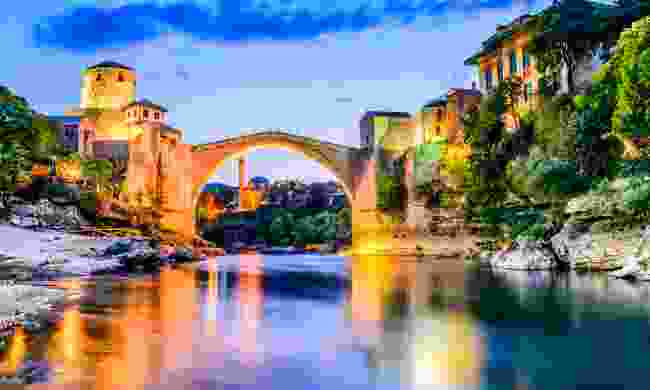 Stari Most at sunset (Shutterstock)

The largest city in Herzegovina, Mostar is nevertheless small and enchanting, an Ottoman-era gem centred on the Neretva River.

It is famous for its Stari Most, a stone, arched bridge built in the 16th century. It was destroyed during the Bosnian conflict in 1993 and rebuilt in 2004. Built from local pale stone, it arches steeply and is a popular jumping off spot for brave – some would say reckless – divers.

The nearby alleys are full of shops and market stalls, the focus for much of the life in the city. A narrow staircase leads up to the Koski Mehmed Pasha Mosque’s minaret, perfect for panoramic city views.

Make sure you venture further afield to Zrinjski Park, home to the first public monument to Bruce Lee. In a city riven by ethnic divisions, the state is seen as a symbol of solidarity. Muslim, Croat or Serb – everyone loved Bruce. 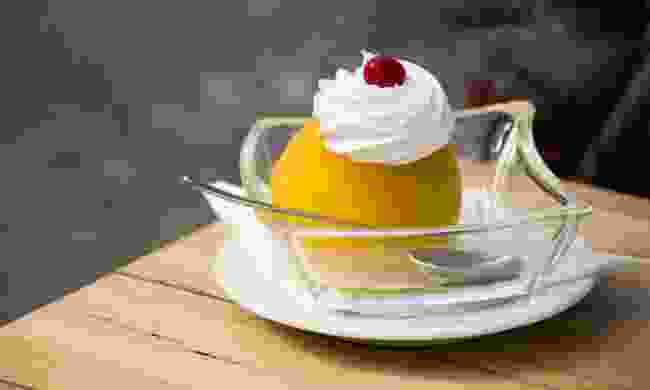 Heavily influenced by 400 years of Ottoman rule, the food of Bosnia and Herzegovina is hearty, filling and no place for vegetarians.

Lamb and beef are the preferred main ingredient. While there are plenty of locally sourced (and usually organic) vegetables in the dishes, it's invariably a grilled chunk of meat that is the star of the show.

For a snack, try cevapi, oblong-shaped kebabs grilled in front of you and served with raw onions, local pita bread and sour cream. Burek is also popular, a kind of flaky pastry pie, filled with meat, cheese or spinach.

For something a bit more substantial, try klepe (minced meat dumplings), dolma (eggplants and peppers stuffed with mince), or bosanski lonac, a hearty stew made from whatever is close to hand and considered the national dish.

For those with a sweet tooth, there are plenty of Turkish-style pastries like baklava and ustipci. But make sure you save space for a bowl of tufahije.

Tufahije is basically an apple boiled in sugar, stuffed with walnuts and served with syrup and whipped cream. It’s the perfect accompaniment to Bosnia’s industrial strength coffee.

8. Visit a Dervish monastery in Blagaj 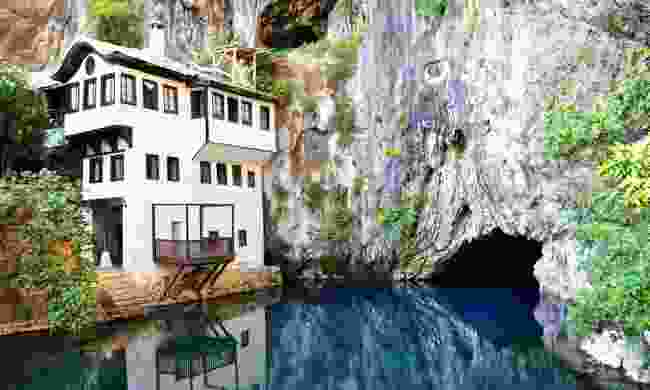 One of the most surreally beautiful spots in the country, Blagaj Tekija is a Dervish Monastery tucked into the side of a cliff, overlooking the emerald waters of the Buna River.

Built during the Ottoman Empire in 1520, the striking building has been patched up and repaired after being damaged by rockslides and human malice. Sufi Dervishes performed ritual dances here – and praise chanting is still performed today, three nights a week.

Blagaj Tekija is only seven kilometres from Mostar and is a popular tourist spot. The monastery has a mausoleum and an old Turkish bath and is open to visitors. Some of the wax models have seen better days, but it is interesting nonetheless.

9. Cool down at Kravica Waterfall Rather fancifully known as Bosnia and Herzegovina’s Niagara Falls, the Kravica waterfalls are nevertheless impressive.

25m high and divide into a row of over 20 tufa cascades, the falls are a popular place with locals who descend upon them in summer to picnic, swim, kayak and just generally cool down.

The falls cascade into an emerald pool that is part of the Trebižat River. In spring, when the waters are higher and flowing faster, the water falls with such a fury that a fine mist rises and envelopes the whole area.

Getting to Kravica can be a bit of a hassle. There is no reliable public transport as such. But group tours to Mostar combine a stop at the falls with visits to Blagaj and Počitelj.

5 reasons you must visit Mostar

12 of the best things to do in Slovenia