Escape the crowds, experience beautiful scenery, and explore wide open spaces as you hike secret Europe following the Peaks of the Balkans trail through Kosovo, Albania and Montenegro

1. Trek through some of Europe’s most dazzlingly beautiful terrain

There is a bewitching allure about these mountains at the heart of this far-flung region on the Balkan peninsula. Think towering peaks and jagged ridges, pristine valleys, meadows strewn with wild berries and scalloped bowls felted in green. Think forests, shards of limestone and the whoosh of wings as eagles sail overhead.

2. Support a laudable venture that fosters tourism in peaceful purpose

The 190-kilometre network of waymarked paths link together communities and settlements in the three adjoining national parks around the border triangle where Kosovo, Albania and Montenegro all meet. It ‘opens minds and borders’ by bringing together groups such as mountain guides, innkeepers and tourism associations after past conflicts in the area.

3. Be the guests of gracious and open-hearted people

It is second nature in this region to regard the welcoming of guests as an honour and a joy. British guests are received with special warmth in Albania and Montenegro, and specifically Kosovo where the UK is considered to have contributed hugely to the country becoming independent.

Stop at the homes of mountain farmers and shepherds and play a fleeting part in the local traditions which have been preserved in this region over centuries. Share in meals of home-cured meats and local cheeses and try the cornbread baked in wood-fired stone ovens. Wash it all down with wine trodden by the family at harvest time, then join in folk songs while the bottle of home-distilled plum raki is passed round. 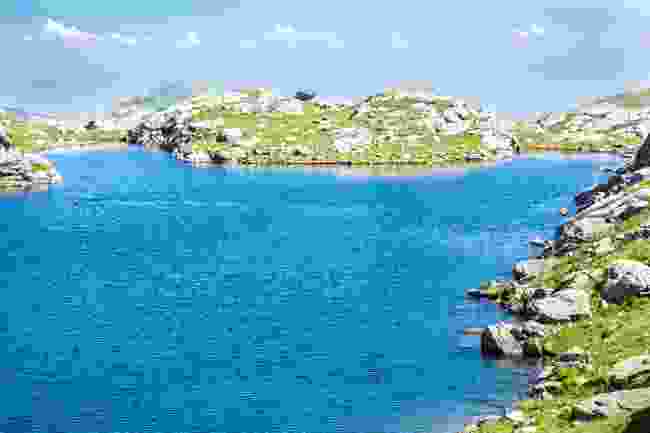 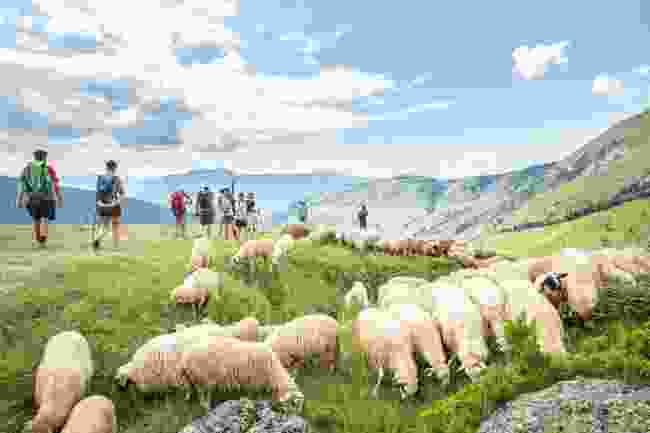 5. Walk freely between three countries in a part of Europe that few outsiders know

With a Peaks of the Balkans permit in your pocket, walk unimpeded between this trio of independent countries – Kosovo, Albania and Montenegro. Discover the historical, cultural, religious and linguistic nuances of each. At the same time, revel in the fact that collectively, this region still receives enough visitors to make it one of the best kept secrets anywhere. 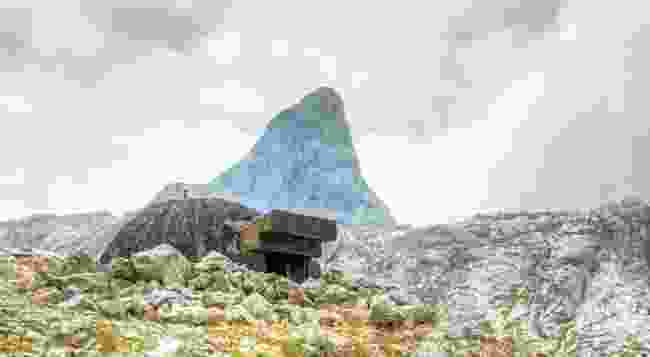 With the stunning Rugova mountains all around, the Kosovan city of Peja (known as Peć in Serbian) is an extraordinary cultural amalgam, and a main gateway to the Peaks of the Balkans trail. With a Turkish-style bazaar at its heart, Peja is bisected by the rushing river Lumi Bardhi where there is a laid-back ambience amid the cafés and restaurants lining the banks. Cultural gems include the Quashi mosque and the orthodox Patriarchate of Peć monastery with its frescoes and gold chandeliers.

The breath-taking scenery surrounding this enchanted village in Albania’s Thethi National Park, make it a Peaks of the Balkans highpoint. Forests splintered by waterfalls and limestone caves blanket the precipitous slopes of Rodohina and Mountaun peaks, both soaring to over 2500 metres. The village of traditional stone farmhouses is connected to the outside world by a track zigzagging up a great glacial valley. 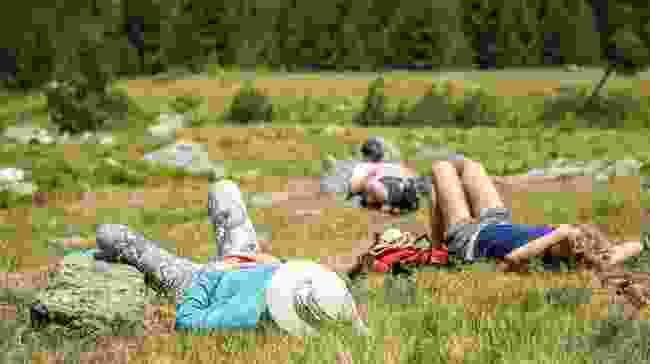 The Peaks of the Balkans trail traces Albania’s national border, which was a forbidden zone during the Communist era. Thousands of concrete pillbox bunkers bulge along borders where they resemble car-sized mushrooms. These are disused military bunkers, built on the orders of dictator Enver Hoxha, and are testimony to a time when Albania was the North Korea of Europe: tyrannical, friendless and paranoid with even its remotest borders sealed. Hikers of a glass-half-full mindset can reflect on how much more peaceful times have become.

The ascent to 1759-metre Valbona Pass, following an ancient mule track, is rewarded by stupendous views over the tribal regions of Shala and Nikaj, which it links. Here we at the heart of Prokletje range, also known as the ‘Accursed Mountains’. The name stems from their impenetrability, but that translates as excitingly far-flung, remote and wild. You will feel anything but cursed as you gaze at the world’s southernmost glacier slithering down between icy crags.

This stretch is nothing short of sensational. The pulse-racing path passes turquoise-coloured glacial lakes beneath glistening peaks, piebald with patches of snow on their highest flanks, even in summer. You drop through boulder-strewn heathland scented with wild herbs, and find that you have crossed from Albania to Montenegro. Not that national borders mean much here, which is kind of the point of Peaks of the Balkans… 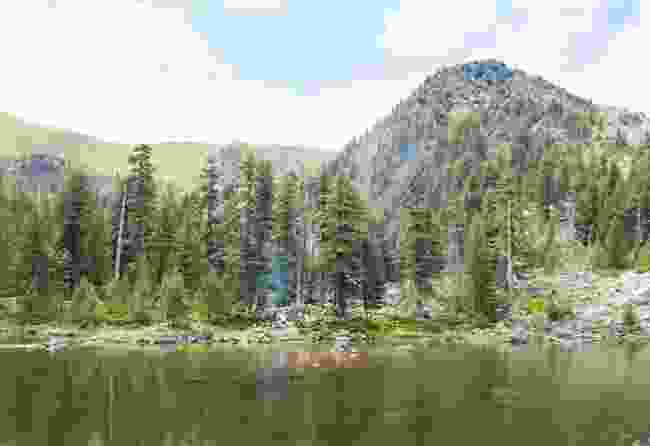 One of the joys of the 190-kilometre Peaks of the Balkans Trail, is that itineraries can be tailor made according to clients’ requirements. To walk its entirety takes about 15 days, but it is perfectly feasible to dip in and out, experiencing its highlights in half this time or less.

Itineraries can also be tailored according to how strenuous clients wish to make them. Some will want to climb to the most demanding passes, others to linger in flower-strewn meadows. Similarly, itineraries can be tailored to include rustic homestays in rural communities, or hotels and higher-standard guest houses. 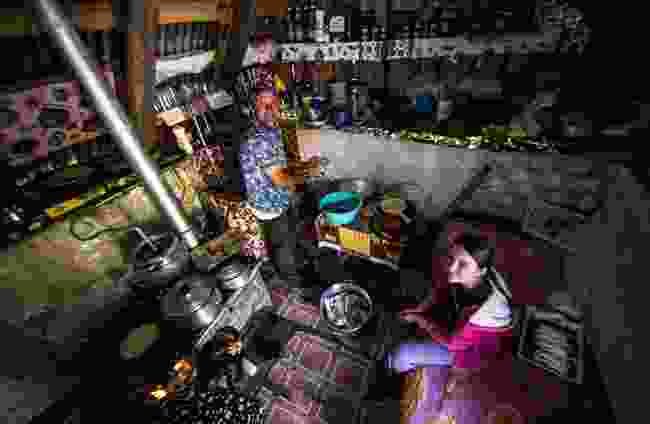 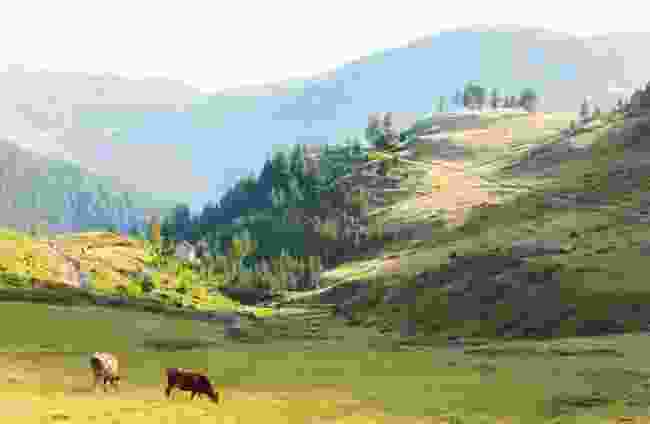 An agency to handle all the practicalities through comprehensive planning, is essential:

Getting there: There is no specific start or end to the circular Peaks of the Balkans. Hikers can begin and/or end their journeys in any of the three countries it covers. They can arrive at Pristina Airport in Kosovo, Podgorica Airport in Montenegro or Tirana Airport in Albania. Itineraries can be adjusted according to flights.

When to go: The best time to travel is between June and September.

This article was supported by Balkan Natural Adventure, a travel company based in Kosovo, who offer the Peaks of the Balkans and other Trails starting at GBP 700 for 7 day hike. It is impartial and independent like all Wanderlust editorial.

All photos courtesy of Ken Spence