5 reasons you must visit Mostar, Bosnia and Herzegovina

This jewel of Bosnia and Herzegovina, Mostar suffered terribly during the Balkan conflict. But it has bounced back with a vengeance. Here are five reasons you need to get there now... 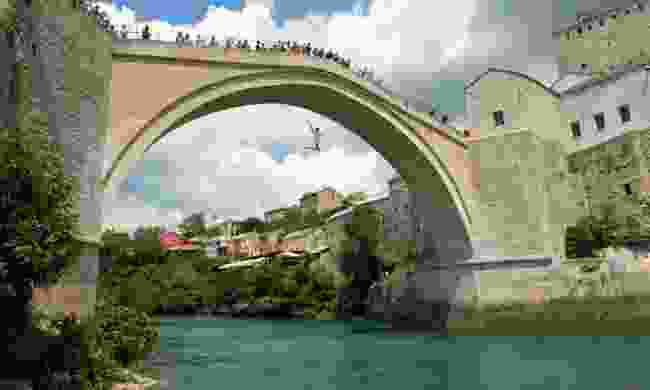 The jewel of Mostar, Stari Most is a 16th century, Ottoman-style bridge that spans the Neretva River, connecting the two sides of the city. It has been a symbol of the city for over 400 years, destroyed during the Bosnian War and rebuilt in 2004.

The distinctive hump-backed bridge was designed by Mimar Hayruddin, a student and apprentice of the famous architect, Mimar Sinan, and opened in 1556. The city takes its name from the bridge keepers, the Mostari, who guarded it. The streets surrounding the bridge are lively and abound with restaurants, cafes and shops, all set in a hodgepodge of pre-Ottoman, eastern Ottoman, Mediterranean and western European architecture.

Diving off the bridge is a old tradition and something of a coming-of-age feat for the city’s young men. There is an annual diving compote on held here every July and the bridge has become a stop on the Red Bull Cliff Diving World Series. At any given time in the summer there is a gaggle of young men diving and posing for photos. You can have a go yourself, if you’re feeling brave, but only after shelling out €20 - €25 for ‘training’ from a young local. 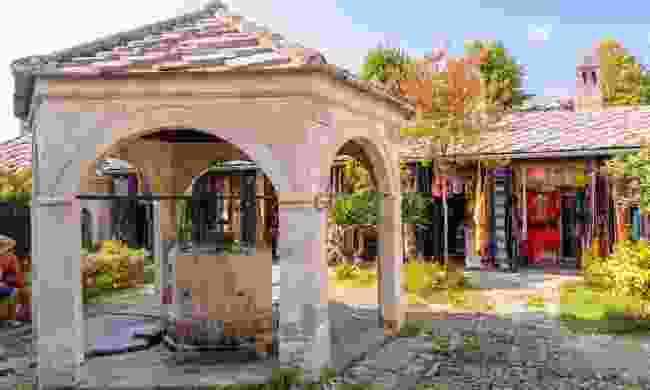 Considered the most beautiful mosque in all of Herzegovina, the Koski Mehmed Pasha Mosque was built in 1618 is marginally smaller than the city’s other mosque, Karađoz Bey. Like Stari Most, it suffered extensive damage during the Bosnian War and had to be rebuilt.

The mosque is small and pretty, but its main advantage is its position. Situated just 150m north of the Old Bridge, on the very edge of the river bank, it affords a breathtaking view over the Old Town, especially from the top of the minaret.

The gardens offer a cool sanctuary during the summer months and the attached cafe is a lovely place to take tea, take in the view and soak up the atmosphere. 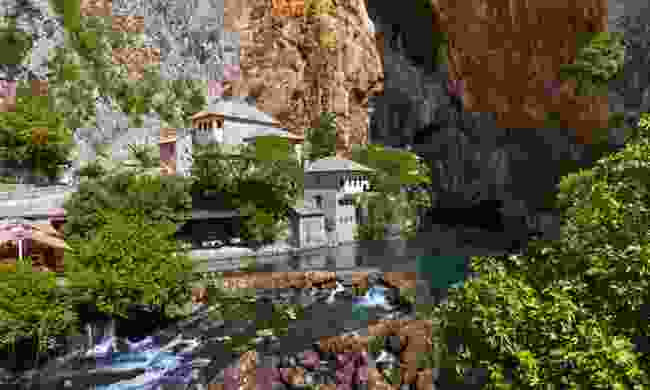 Only 12km from Mostar, tucked under a cliff at the source of the River Buna, Blagaj Tekija is considered one of Bosnia and Herzegovina’s most holy sites. Home to an ancient brotherhood of Dervishes for over 600 years, it escaped the ravages of the Bosnian war and remains a place of beauty, peace and solitude.

Time and rockslides saw the Dervish house fall into disrepair, but recent renovations have brought it back to life. Visitors are allowed to enter the buildings, but remember, these are still holy places where services are still held, so be respectful.

There are also restaurants, a path to a spectacular viewpoint and a boat that will take you into a cave at the base of the cliff and the source of the Buna River. The guides claim that the water here is pure enough to drink, directly from the river, but we’ll let you make a call on that one. 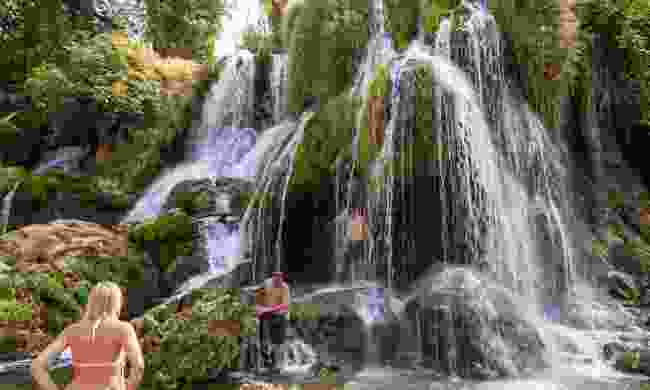 Known as the Niagara Falls of Herzegovina, Kravica is an extraordinary tufa cascade on the Trebižat River, just 40km south of Mostar. It is an extraordinary sight – numerous streams emerge from the thick foliage and plunge into and emerald green pool – and the perfect place to cool down during the hot Herzegovinian summer.

The waterfall is at its most spectacular in spring when the melt water swells the streams and plunges furiously over the 25m cliffs. In summer, the falls are less dramatic, but the pool and the surrounding forest make the perfect place to picnic, hike and swim. There is no public transport to the falls, but most tour operators in Mostar offer day trips. 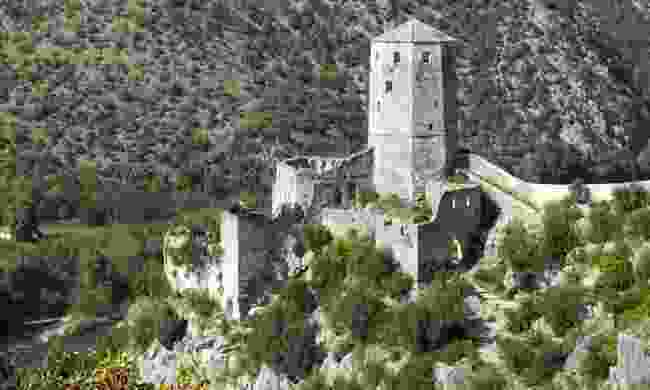 Built in a natural karst amphitheatre beside the Neretva river, the walled Ottoman town of Počitelj is one of the most picturesque in Europe.

A warren of steep stairways, pomegranate bushes and ancient stone houses, it is made for aimless wandering and happenstance. The Hadži Alijina Mosque, built in 1562, has been fully-restored since being damaged during the war and clock tower still awaits a new bell, as it has done sine 1917.

If you’re feeling energetic, climb the octagonal Gavrakapetan Tower in the ruins of Utvrda fortress. The panoramic view of the town and the river below is worth the effort. Back in town, life is tarting to get back to normal, with some locals offering the chance to sample Bosnian food and drink in their homes.

Discover more gems in the Balkans:

The best things to do in Bosnia and Herzegovina