7 of England’s most beautiful cathedrals

England is home to some of the most magnificent cathedrals in the world, each an awe-inspiring opus in stone. Here are seven of the most breathtaking 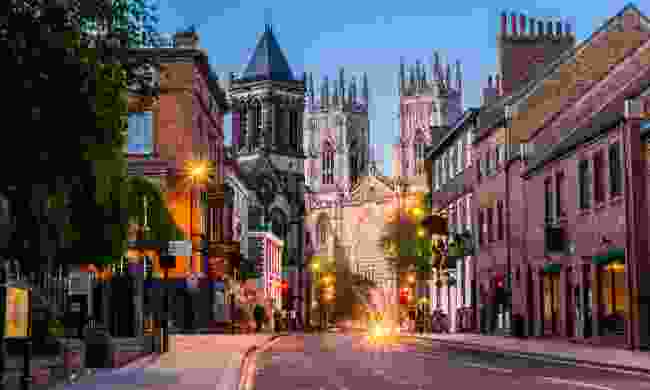 The second-largest Gothic cathedral in northern Europe, York Minster has been at the centre of Christianity in the north of England since the 7th century. The present building was begun in about 1230 and completed in 1472, and has the largest expanse of Medieval stained glass in the world. You’ll find it over the Lady Chapel in the east end, freshly restored and finally visible again after a decade behind scaffolding.

A survey in 1967 revealed that the building, in particular the central tower, was close to collapse. £2million was raised, and in the process of reinforcing the foundations, remains of the Roman fort – Eboracum – were found. 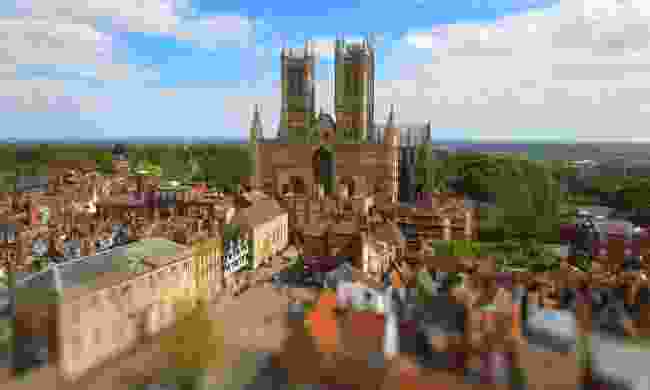 Commissioned by William the Conqueror, and once the tallest building in the world, Lincoln Cathedral was the head of the largest diocese in England – extending from the Humber to the Thames. With its imposing size and intricate detail, it is regarded as one of the finest examples of Gothic architecture in the world.

It is also home to the 'Lincoln Imp', a tiny mischievous creature that was said to have knocked over the Dean, smashed the stained-glass windows, and destroyed the lights. Legend has it that an angel turned it to stone as punishment. You’ll find it hidden in the upper reaches, with a spotlight trained on it to help you locate it. The Imp has become a symbol of the city, appearing on door knockers, in gift shops, and even in the nickname of the local football team – The Red Imps. 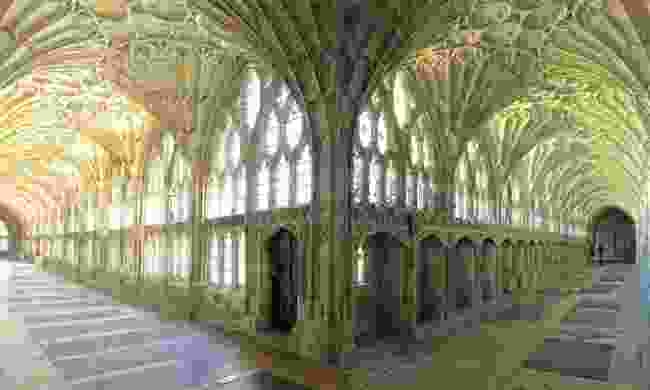 The cloisters in Gloucester Cathedral (Dreamstime)

Sitting just north of the River Severn, with a Norman nucleus and all manner of Gothic embellishments, Gloucester Cathedral is one of the most beautiful in the country. The cloisters are particularly enchanting, with a gorgeous fan-vaulted roof. It is little wonder, then, that the cathedral has been used as a location in countless movies and TV shows, including three Harry Potter films, a Doctor Who Christmas special, and as the court of King Henry VIII in the TV adaptation of Wolf Hall.

The cathedral also has a stained glass window featuring the earliest images of golf. The window dates back to 1350, over 300 years older than the next earliest image of golf recorded in Scotland. There is also a carved image of people playing a ball game, believed by some to be one of the first images of Medieval football. 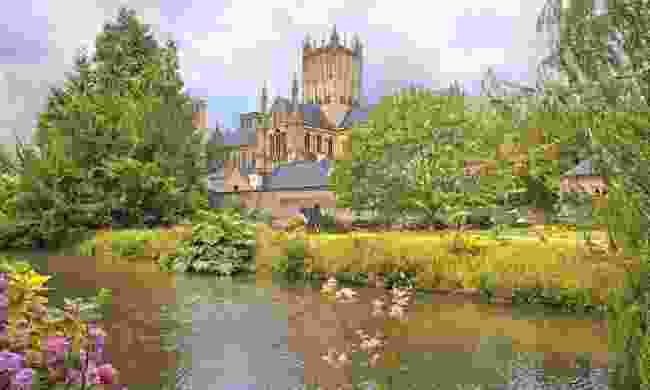 Almost entirely Gothic, in Early English style, Wells Cathedral is set in the Medieval heart of England’s smallest city. Built between the 12th and 15th centuries, it is believed to be the first cathedral that was built in that particular style.

As well as being home to the second-oldest serving clock in England, Wells Cathedral can also boast the heaviest ring of ten bells in the world. The tenor bell – the 10th and largest, and known as Harewell – weighs 2,858kg. 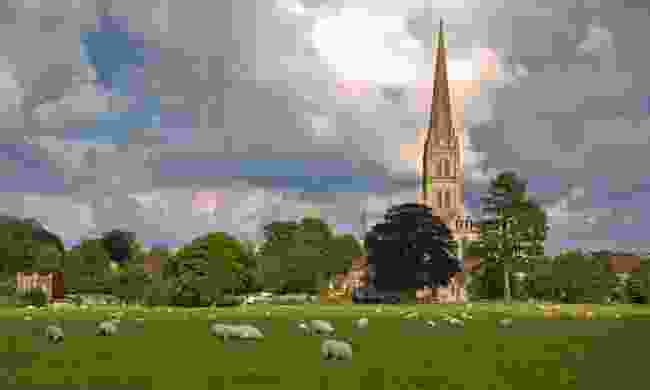 Regarded as one of the leading examples of Early English architecture, Salisbury Cathedral was also the quickest built. It only took 38 years to complete, between 1220 and 1258 – an incredible feat in Medieval England.

After the spire on Lincoln cathedral collapsed in 1549, the cathedral has the tallest church spire in the United Kingdom, which reaches a dizzying 123m. Visitors can take the Tower Tour, during which the interior of the hollow spire (complete with ancient wood scaffolding) can be viewed. There’s also a regular Stonemasonry Works Yard Tour every Thursday, where you can get a unique behind-the-scenes look at the cathedral, as well as the work needed to maintain this amazing building. 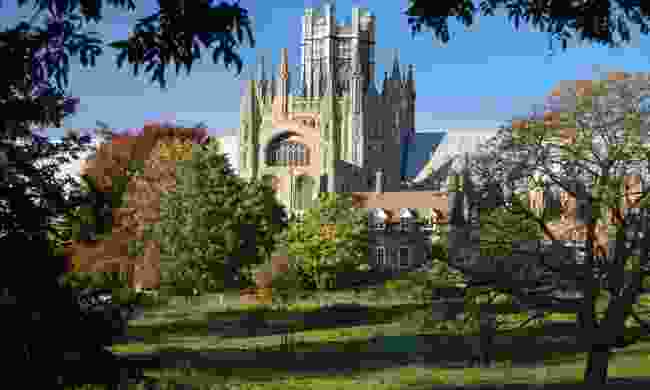 The magnificent Ely Cathedral dominates the city it serves. The Benedictine monks that built it were determined to glorify God, and a building on this massive scale was the only way to do it.

The cathedral is built on the site of a monastery founded by Queen Etheldreda. She died around 680 from a tumour on her neck, reputedly a divine punishment for her vanity in wearing necklaces during her younger years. The Ely Sequence, or 'The Story of Etheldreda’, is sung at Ely on her feast days: 23 June and 17 October. 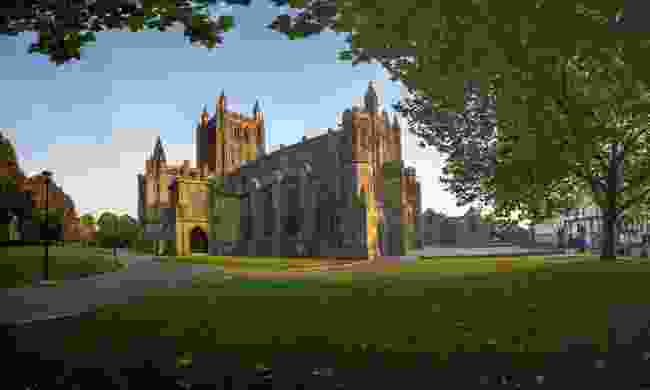 Hereford Cathedral dates from 1079, and unlike many other cathedrals in England it retains much of its Norman character. The Great Transept dates from this period, and it is here – particularly in the nave and the choir – that you’ll find magnificent Norman columns and the distinctive vaulted ceiling.

The cathedral’s most famous treasure is Mappa Mundi, a map of the world dating back to the 13th century. It is one of the largest maps left that was drawn on a single sheet of vellum, and features the four great cities of the day: Jerusalem, Babylon, Rome and Troy. When the cathedral fell upon hard times in the 1980s, the Dean considered selling the map to raise funds. After a furious controversy, patrons including Paul Getty donated funds to keep the map in the cathedral. Indeed, a new library was built especially to house it.