Cheers! The 14 oldest pubs in the UK, according to their claims...

Cosy, amiable and very often haunted, these British pubs claim to be amongst the oldest in the country. Sit back and relax with a pint while we sift through their stories... 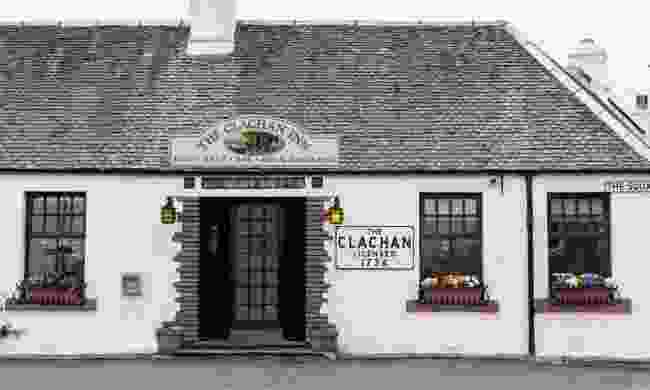 First opening its doors in 1734, the Clachan Inn is said to be the oldest registered pub in Scotland. A stone’s throw from Loch Lomond and only 20 miles from Glasgow, the first licensee was Rob Roy’s sister, Mistress Gow.

2. The Prospect of Whitby, Wapping, London 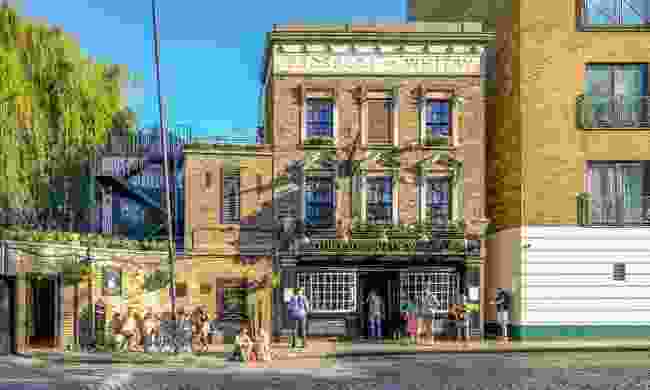 The Prospect of Whitby on a sunny day (Shutterstock)

First established in 1520 and overlooking the Thames, the Prospect of Whitby claims to be the oldest riverside pub in the UK. 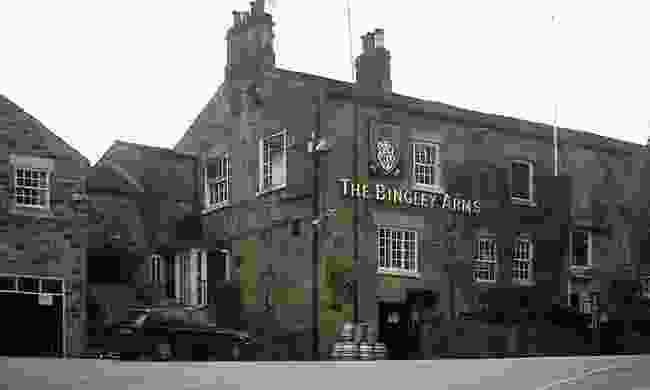 Once called The Priest’s Inn, this pub was a popular drinking hole for monks on the way to St Mary’s Abbey in York. So, the Bingley Arms may well be older than their claim of 953 AD. One of three pubs in Nottingham vying for the claim of Britain’s oldest pub, the Grade II-listed Bell Inn officially dates back to 1437, but may have served as a brewery from as early as the 12th century.

It started out as a ‘Monks Only’ bar but in the 16th century opened its doors to the great unwashed. It continues to move with the times. Today, there is a trendy Gin Bar upstairs. 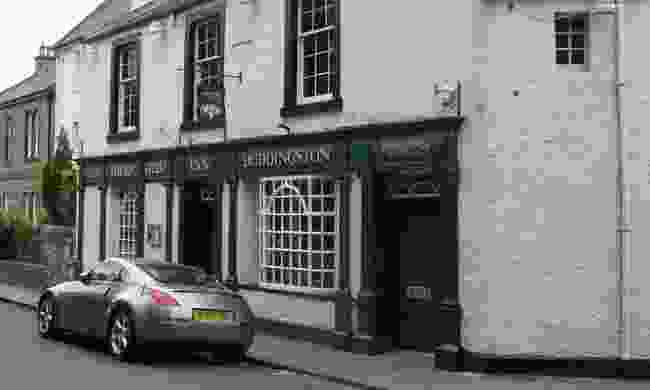 There are claims that there has been an inn on this spot since 1360, but the current owners are quick to point out that they are still trying to determine if that's true.

What is known is that both both Mary Queen of Scots and James VI dropped by for a tipple on their travels. James was so impressed he presented the landlord with a richly embellished ram’s head snuff box as thanks for his hospitality.

It continues to find royal favour. Queen Elizabeth II stopped by for refreshment in 2016. 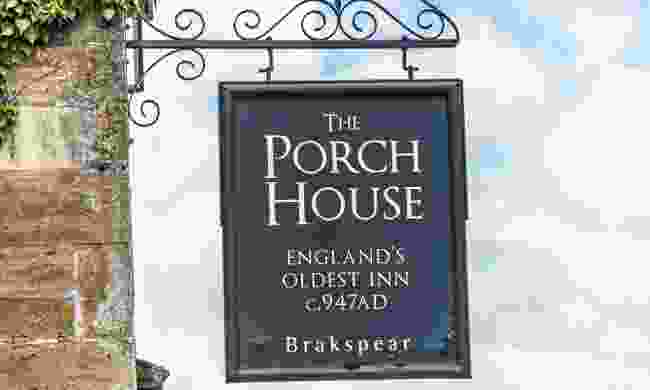 Built in 947 AD and once a hospice on land belong to Evesham Abbey, this Grade II-listed pub wears its history well. It is now an upmarket hotel, bar and restaurant. 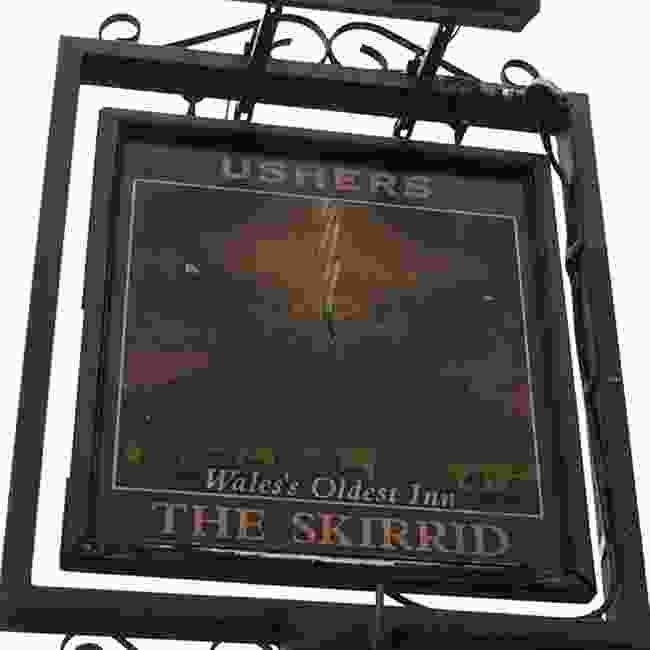 What a dark and long history this pub has seen. Sitting at the foot of the Skirrid Mountains, it was built in the 1100s and served as a courtroom.

See that worn oak beam above the bar? That was used to hang criminals who were found guilty of crimes ranging from treason to sheep stealing. 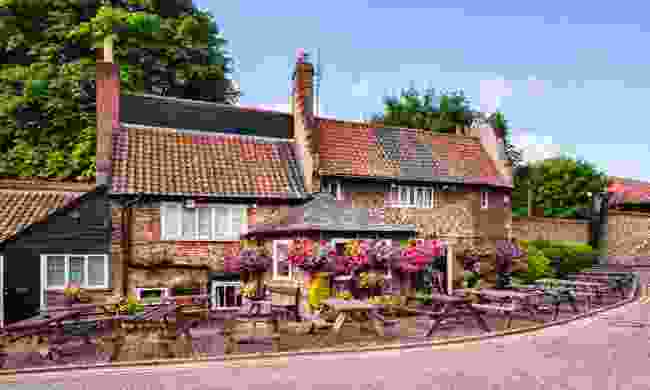 The Adam & Eve in bloom (Shutterstock)

Dating back to the 1300s, this pub was a favourite with workers building the city’s famous cathedral.

Come quitting time, the pub was full of stonemasons, carpenters and blacksmiths, all hustling for a jug of the Adam & Eve’s finest ale. 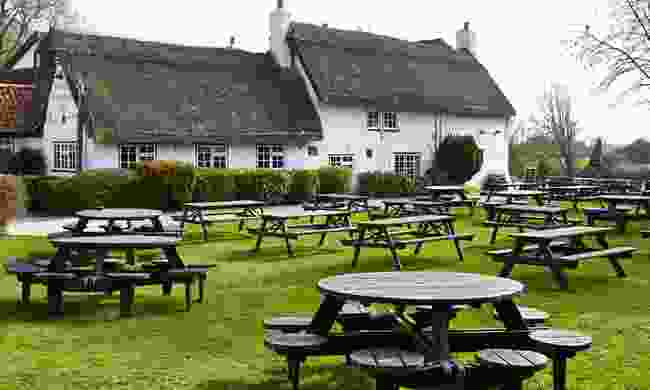 A popular stop for pleasure boaters plying the Great Ouse river it sits on, the Old Ferryboat Inn has been serving drinks to thirsty boaters since 560 AD.

Whitewashed and thatch-roofed, it looks a picture in the summer sun. But beware, the pub is haunted by a ghost, a young woman jilted by her lover.

10. The Royal Standard of England, Beaconsfield

Dating back to 1086 and listed in the Domesday Book, this alehouse has a very strong claim to being one of the oldest pubs in the country.

Quintessentially English in style, you may have spotted it in Midsummer Murders or in one of the Hairy Bikers' cooking shows. 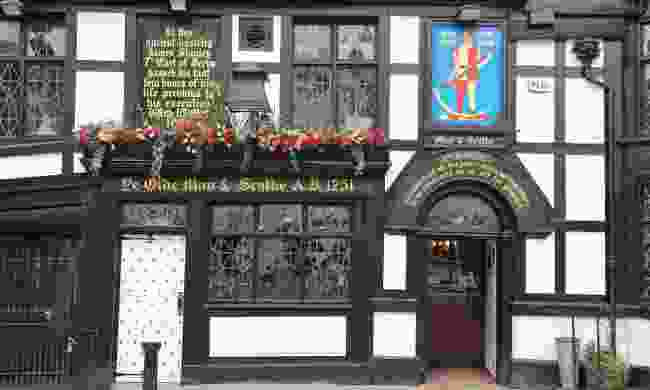 Another English pub steeped in history. James Stanley, the seventh Earl of Derby, was executed just outside the door in 1651 for his role in a Civil War massacre. The pub was already 400 years old by that stage.

Today, the vaulted cellars are all that remain of the original building. James Stanley’s ghost remains a presence. His fame has spread across the globe, in fact, due to countless Most Haunted programmes shot on the premises. 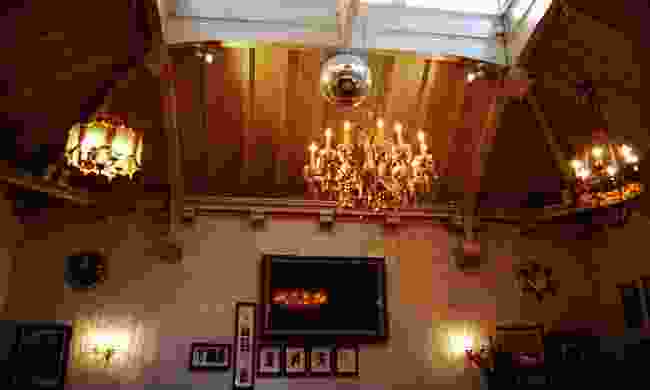 Established in the 13th century and thought to be the local of notorious thieves Jack Sheppard and Richard ‘Dick’ Turpin, the White Hart Inn claims to be the oldest pub in London.

While that claim is up for dispute, the pub’s villainous former clientele is a hit with tourist crowds, drawn by the tale that Turpin enjoyed his last pint here, just before he was hung in 1739. 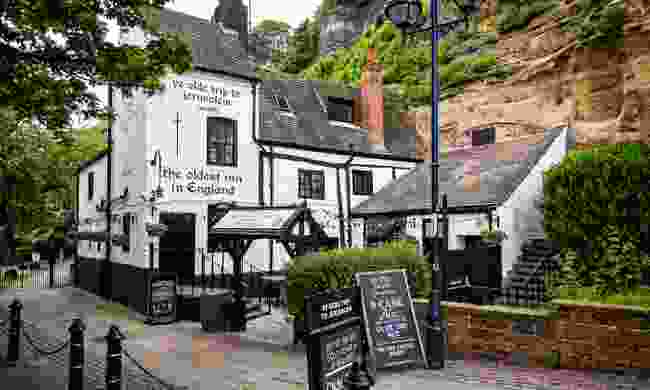 Sitting in the shadow of Nottingham Castle, the Ye Olde Trip to Jerusalem was first established on 1189, a place for locals lords and knights to knock back an ale before heading off on crusade. The network of caves below the building were used to brew beer. 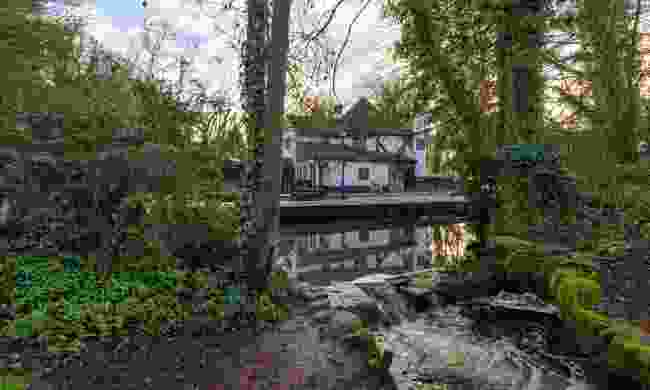 Once a pigeon house, this strange octagonal shaped pub claims that it served its first ale back in 973. The earliest license dates from the 18th century, but don’t let that stop you from enjoying a pint underneath its low ceilings, warmed by an original bread oven in one of its fireplaces.

Having said that, this is the pub officially recognised as the oldest pub in the UK by the Guinness Book of World Records.