From rural idylls and lakeside stunners to salty seaside boltholes, these villages are redolent with English charm and beauty ... and waiting for you to explore them 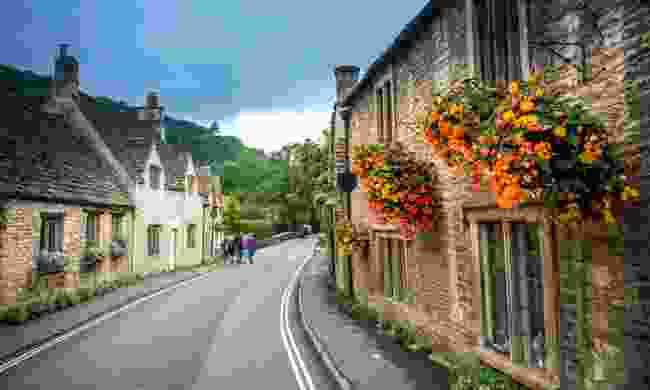 With its honey-stoned cottages and delightful flowering gardens, Castle Combe is the quintessential English village. Set in the Cotswolds Area of Outstanding Natural Beauty, it is regularly named the prettiest in the country.

The village was once an important hub for the local wool industry. Within the village you’ll find a Market Cross and St Andrew’s Church, which dates from the 13th century. Today, nothing beats a stroll alongside the river, taking a photo from the bridge and purchasing homemade cakes, sweets or bunches of flowers from outside the locals’ houses. 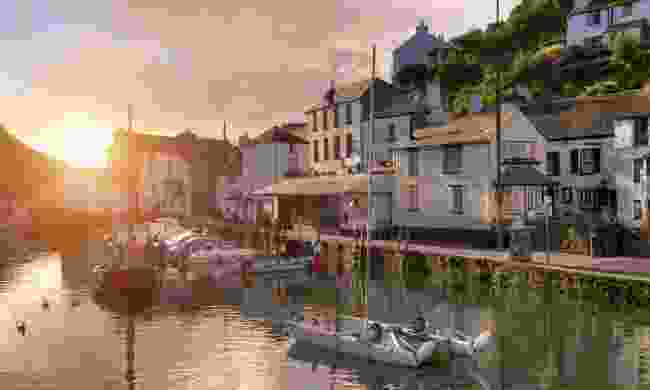 Sunrise at the Cornish fishing village of Polperro (Dreamstime)

A former smuggler’s haven, Polperro is an altogether different English village. Here the cottages cling to steep hillsides, set around a small harbour, and walking the narrow lanes recalls an altogether saltier time.

Polperro’s rustic beauty and spectacular views across the sea and the land are a magnet for local artists, and there are several galleries dotted around the village selling their work. The pubs and cafes are renowned for their fabulously fresh seafood, and cliff top walks, hidden beaches and a tidal pool are all within easy walking distance. 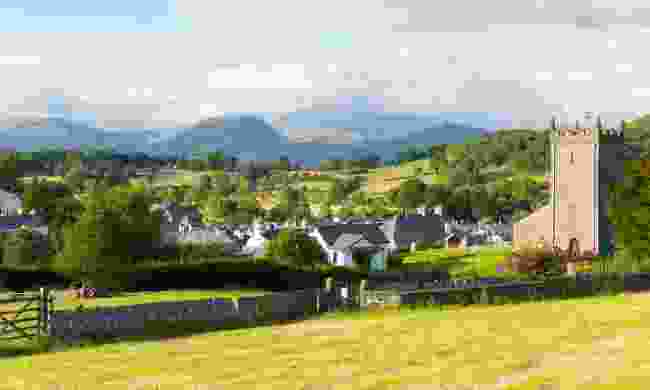 The delightful village of Hawkshead, nestled between Lake Coniston and Lake Windemere, is the embodiment of Lake District charm. It’s gorgeous cobbled streets, whitewashed cottages and wild gardens look like they have jumped straight out of a Beatrix Potter book.

It’s no surprise, then, that Hawkshead is home to the Beatrix Potter Gallery, an immaculate National Trust property celebrating her art. Or that William Wordsworth spent his boyhood here, wandering lonely as a cloud. He lodged in a cottage on Leather, Rag and Putty Street, since renamed Wordsworth Street, and easily the most picturesque in the village. 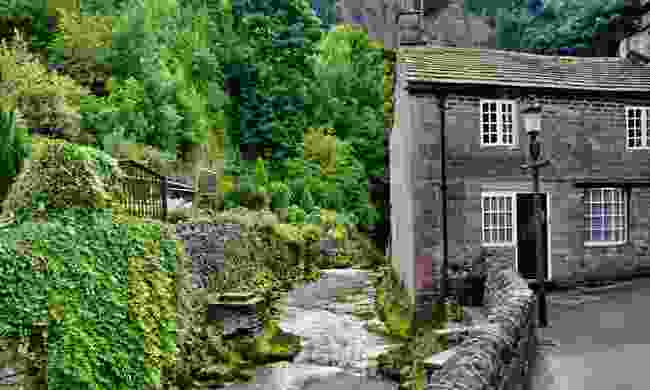 Stone cottage by a river in Castleton (Dreamstime)

The tiny Peak District village of Castleton is as beautiful as its setting is dramatic. Lying in the lee of mysterious Mam Tor, known locally as the ‘Shivering Mountain, it is redolent of grand deeds past and an ale or two in the present.

The village can be reached via either Hope Valley or the dramatic limestone gorge of Winnats Pass. Both offer breathtaking views across the peaks and the village itself. Climb the steep steps to Peveril Castle. Explore vast caves aboard an underground boat ride to the eerie 'Bottomless Pit’. Or scour the cliffs for the semi-precious stone, Blue John. In Castleton there’s an adventure around every corner. 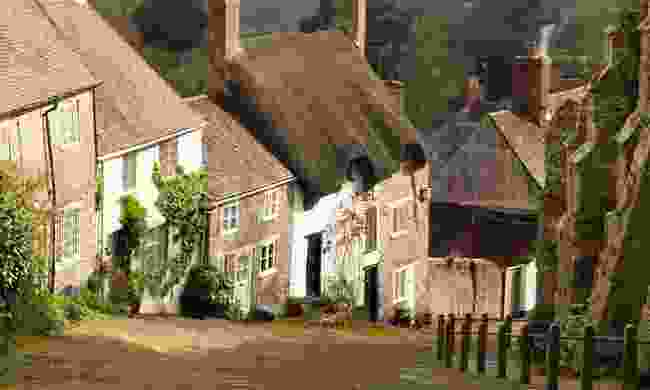 The unbelievable picturesque street of Gold Hill in Shaftesbury could easily lay claim to being the most photographed in Britain. Steep, cobbled and lined by chocolate box cottages, it was the star of Ridley Scott’s famous 1973 ad for Hovis bread and in countless TV shows, films and video clip ever since.

The cobbled street is crowned by the 14th-century St Peter’s church, and runs downhill beside the ancient walls of Shaftesbury Abbey, built by King Alfred the Great. Each step affords spectacular views across the Dorset countryside and a variety of refreshment stops in pubs an tea rooms. 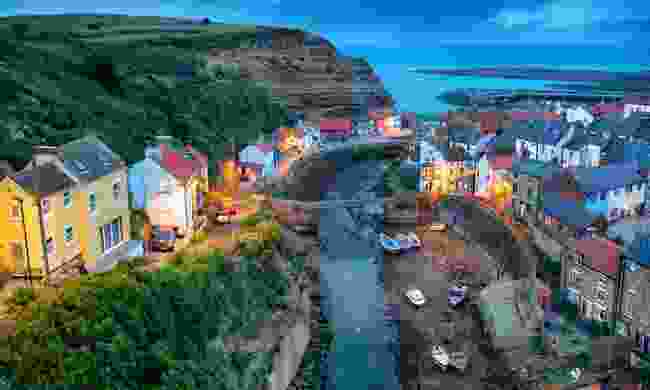 Nestled in a steep cove and looking out across the North Sea, Staithes has long been a favourite of seafarers and artists alike. It was here, working as a grocer’s apprentice, that James Cook got his calling from the sea. And in the 19th Century, it was home to the ‘Staithes Group’, a collection of artists inspired by the landscape – and the French impressionists – to develop a particular kind of ‘Northern Impressionism’ themselves.

Old traditions die hard here. The houses are still named rather than numbered. The local women still wear Staithes bonnets. And the Staithes Fisher Men's Choir is still the biggest attraction in town. The seafood is excellent too. Organise a fishing trip to catch your own or eat freshly caught fish at Cleveland Corner. 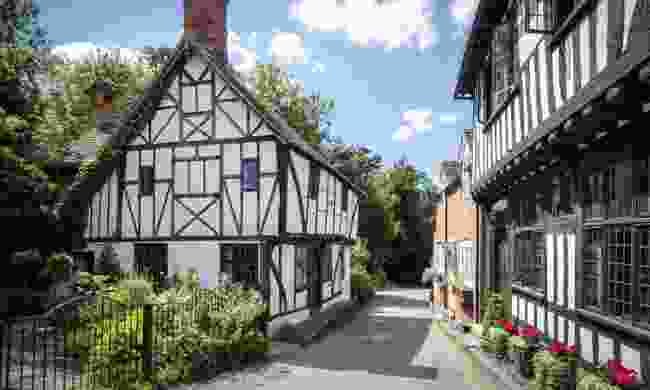 A street in Chilham (Dreamstime)

Justified and ancient, the Kentish village of Chilham sits high above the valley of the River Stour, gazing out across the picturesque Kent Downs. Thomas Beckett is buried in the churchyard here and it boasts the highest percentage of listed buildings in the county.

Four narrow steep lanes rise up from the valley, emerging at Chilham square. The square is  surround by timber framed Tudor houses, a 15th century church and the imposing Chilham Castle. A traditional May Pole dance is held here each year.