From the towering Cheddar Gorge and Glastonbury Tor, to the postcard-ready village of Selworthy, Somerset offers walkers a varied series of challenging, beautiful and seasonal trails to tackle...

Within the borders of Somerset you’ll find the romantic city of Bath in the Avon Valley, three Areas of Outstanding Natural Beauty, Exmoor National Park, a Jurassic coastline and countless picturesque settlements tucked into the folds of meadows and heathland. Unsurprisingly, the rambler is spoiled for choice in Somerset.

Here are some of the best walks the county of Somerset has to offer.... 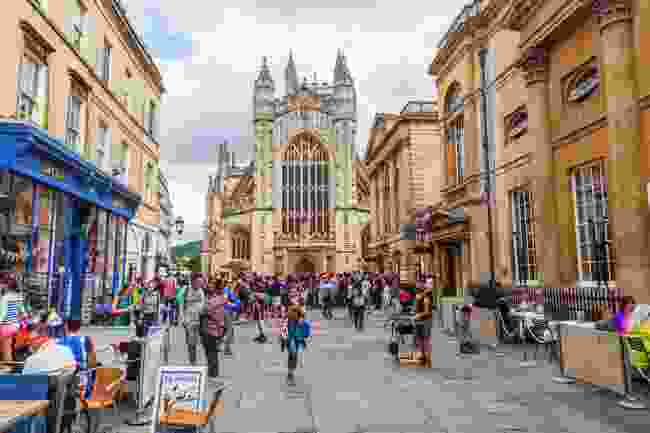 For an intimate view of Bath's historic heritage and stunning cityscape, it’s best to walk. Start at Pulteney Bridge, an impressive Neoclassical construction of pediments, pilasters, leaded domes and shops that flank both sides of the crossing.

Follow the River Avon south a short distance, then cut across the Abbey Churchyard pathway to the historic Abbey Church of Saint Peter and Saint Paul. Continue to the nearby Roman Baths, built around 70AD for public use.

Take Barton Street to Gravel Walk, dropping into the Jane Austen Centre. The author lived for a time in Bath for a time, drawing inspiration from this sensational historic city for her writing. Then, climb the short distance to the magnificent Royal Crescent, with glorious views across Royal Victoria Park...

2. Brean Down Peninsula: A Walk Through History 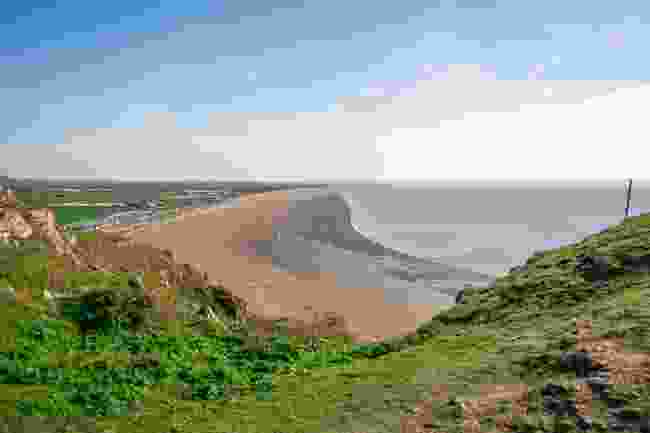 This three-mile walk loops the Brean Down Peninsula, south of Weston-super-Mare, with spectacular views over the Bristol Channel.

Standing 300 feet above the ocean, the dramatic headland is packed with wildflowers and butterflies in summer. But its main draw can be appreciated at any time of year: the historic sites that scatter the down.

Fuel up at Brean Cafe before climbing the steps to the down. Follow the path along its southerbrean down peninsula slopes to the site of a Romano-Celtic temple, close to a Bronze Age burial mound. Continue to the impressive Victorian fortification at the end of the peninsula.

Explore the imposing defence structures before continuing along the north side of the headland. Here you’ll find the banks and ditches of an even older fortification - an Iron Age hill-fort. Near the end of the peninsula follow the path round to the right, taking you back to the steps and cafe.

3. Cheddar Gorge: Teetering On The Edge 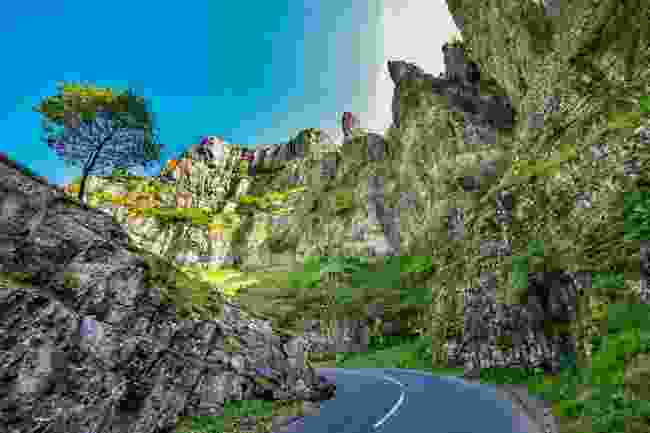 Cheddar Gorge, slicing through the Mendip Hills, is 400 feet deep and makes for a thrilling four-mile walk. Cheddar came into existence at the end of the Ice Age when meltwaters carved through the rocks and seeped through the permeable limestone to form caves.

The route has some steep ascents and descents, but the breath-taking views from the top of the gorge are worth the uphill slogs and dizzying drops.

From the National Trust Centre, follow the Cheddar Gorge walk sign up Cufic Lane and on through woodland to join the path that heads across the top of the gorge. Enjoy panoramic views of Cheddar, Glastonbury Tor and Bridgwater Bay before heading down steep steps.

Walk through woodland to meet the Black Rock path and follow a farm track to the main gorge road. Cross over and climb up to the other side of the gorge, the path edge plunging to the valley below. Drop down to Pavey’s Lookout and Jacob’s Ladder before returning to your starting point. 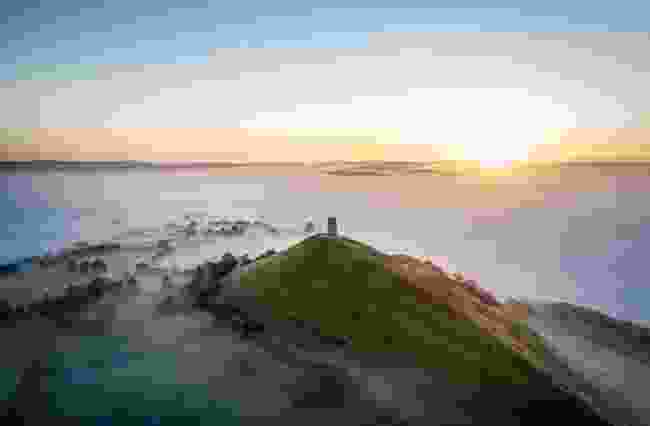 Glastonbury Tor in the mist (Shutterstock)

Beneath the market town of Glastonbury, the iconic hill rises from the Somerset Levels, the roofless medieval St Michael’s Tower on its summit dominating the skyline. This is a place where ecclesiastical history meets pagan mythology, with links to King Arthur.

To reach the top, you must endure a short, sharp climb, but the views to Wiltshire, Dorset and the coastal plains of Somerset on this two-and-a-half mile hike are stunning.

Visit Glastonbury Tourist Information Centre and the close-by abbey to find out more about the town and its mysterious tor, then head for the A361 where a signed footpath points the way to the top. Follow the concrete path to the summit of this natural hill shaped by a series of manmade terraces.

5. Quantock Hills: Along The Jurassic Coast 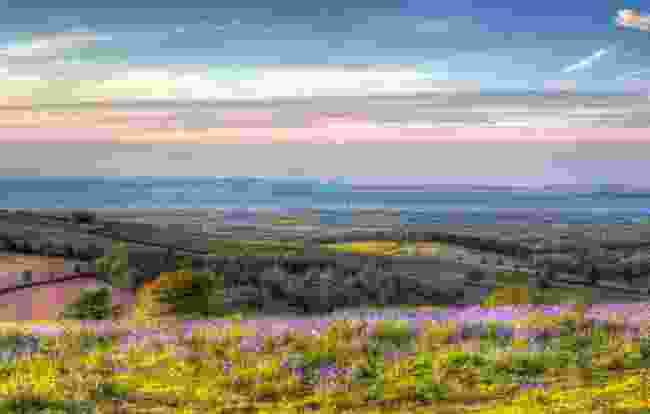 The Quantock Hills of upland heath, deep wooded combes and fossil-rich Jurassic coastline have been, unsurprisingly, designated an Area of Outstanding Natural Beauty.

This hike, on its northern fringes, follows the coast before heading inland to the historic village of East Quantoxhead. Along the three-mile circular walk, you’ll find an early 20th-century oil retort, medieval manor and ruined chantry.

At the car park, north of Kilve, take a look at the curious oil retort, built in 1924 to burn oil extracted from the coastal shales, then drop down to Kilve Beach. Follow the Jurassic coastline west, taking time to do a spot of fossil hunting.

Head inland to East Quantoxhead, a pretty settlement of thatched cottages, alongside a medieval tithe barn, mill and manor house (with a curious medieval tower). Continue through woodland and meadows back to the Kilve Beach Road. Reward yourself with a cream tea at the chantry at the end of your walk. 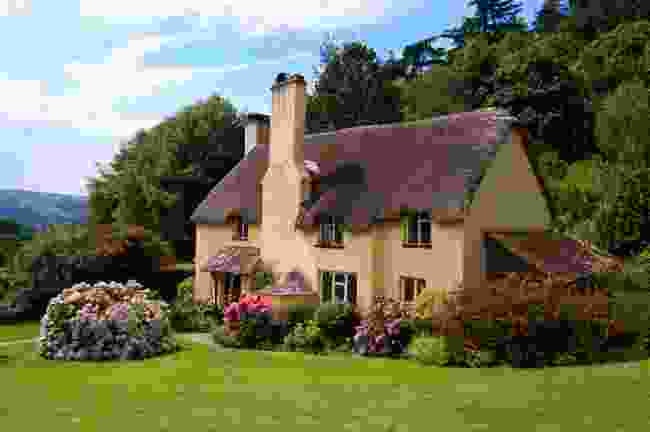 A thatched cottage in Selworthy (Shutterstock)

From the village of charming thatched cottages and white-washed church at Selworthy, this challenging three-mile hike rises and falls with the Exmoor uplands. The rewards are ample though, with stunning views across the national park to the Somerset coast.

From the church car park, drop down the lane to the war memorial, then continue along the stony track to a footbridge spanning a stream. Cross it and follow the path up to the Iron Age enclosure of Bury Castle, continuing to the Memorial Hut.

Across the road, take the path to Selworthy Beacon. It’s a schlep to the 1,000 feet-high summit, but the views are magnificent. Continue onto the South West Coast Path with outlooks to the Exmoor coast. Follow the bridleway down Folly Combe, then the path back to the village, where you can enjoy refreshments at the quaint Periwinkle Cottage Tearoom. 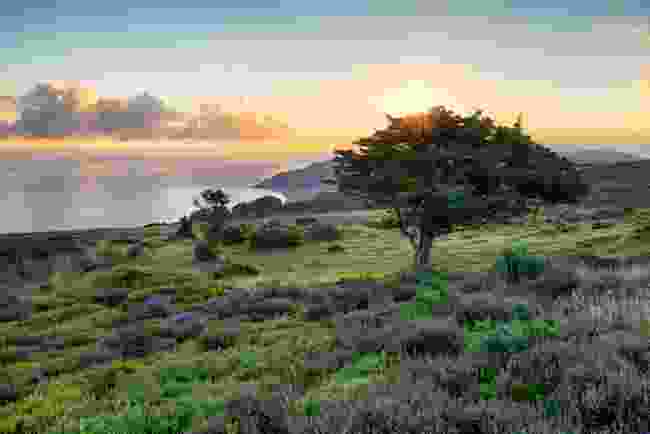 This is a challenging but rewarding nine-mile walk along the coast of Porlock Bay, along the edge of Exmoor National Park and back via the saltmarshes.

From Porlock Weir head east across the rocky beach strewn with storm-washed driftwood. After about two and a half miles, follow the track, then road, inland to Bossington. Continue along the South West Coast Path, diverging to Hurlstone Point with its 360-degree outlook.

Returning to the main coastal path, cross it this time, and follow the trail round Bossington Hill. Cross Lynch Combe to the pretty village of Allerford, then head west through the salt marshes, watching out for heron, lapwing 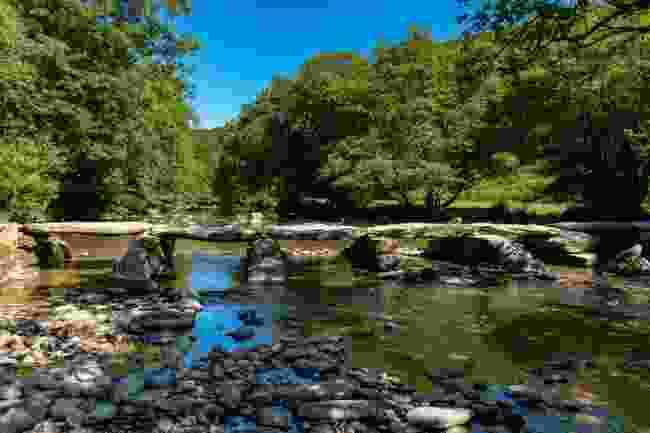 This gentle seven-mile loop takes the rambler through a wooded river valley to the settlement of Withypool, with its lovely arched bridge, then back over a country lane and fields to Tarr Steps.

Five miles north-west of Dulverton at Tarr Farm Inn, drop down the narrow lane to the large flat slabs of an ancient clapper bridge that fords the River Barle: Tarr Steps. Ignoring the steps (for now), keep to the east side of the river and follow the waterside path north, crossing oxbow fields to continue along the river path until it meets the road.

Turn left into Withypool. You can stop at the Royal Oak Inn or Withypool Tea Room for refreshments before heading up and over the lane, signposted for Hawkbridge. At Westwater Farm, turn left to follow a streamside path, continuing uphill over fields and stiles to Parsonage Farm.

Follow the sign for Tarr Steps and drop down to the river again. Cross over the ancient ford and head back up to the pub for a welcome pint.

Where else can you go walking in southern England?

The 7 best walks in London

Scenic trails through the south of England