The UNESCO-protected city of Bath is far more than the Roman Baths that give it its name. Discover its grand architecture, cobbled side streets and blooming natural sights on foot, with these top walks...

A UNESCO World Heritage Site, Bath draws hundreds of thousands from across the world every year. To get a different perspective of this much-loved city, explore it on foot along waterways, handsome Georgian streets and through leafy parks.

For a magnificent birds’ eye view of the Roman spa town, follow the Bath Skyline across woodland and meadows, the limestone townhouses glowing pale in the Avon Valley far below.

Here are the best walks in and around Bath...

1. A stroll through historic Bath 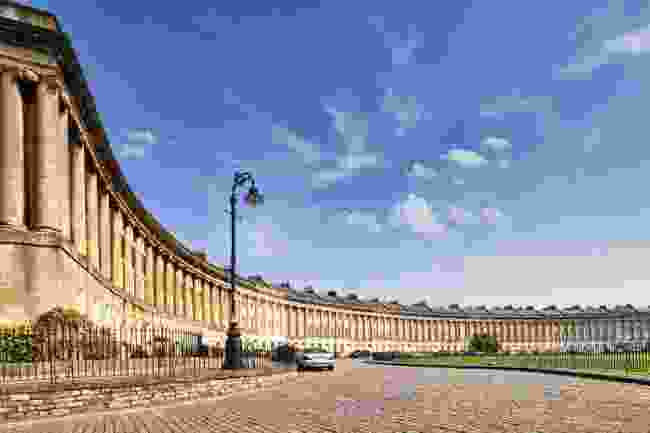 For an intimate view of the city’s historic heritage and stunning cityscape, it’s best to walk. Start at Pulteney Bridge, an impressive Neoclassical construction of pediments, pilasters, leaded domes and shops that flank both sides of the crossing.

Follow the River Avon south a short distance, then cut across the Abbey Churchyard pathway to the historic Abbey Church of Saint Peter and Saint Paul. Continue to the nearby Roman Baths, built around 70AD for public use.

Take Barton Street to Gravel Walk, dropping into the Jane Austen Centre. The author lived for a time in Bath for a time, drawing inspiration from this sensational historic city for her writing. Climb the short distance to the magnificent Royal Crescent, with views across Royal Victoria Park.

Continue to The Circus, where yet more imposing Georgian townhouses circle a green of plane trees. Drop down to the Bath Assembly Rooms, its four elegant rooms created for different purposes including dancing, card-playing and tea-drinking - now home to the popular Bath Fashion Museum.

The two-mile walk through Bath’s centre is mostly flat, with a gentle climb to the Royal Crescent. After pounding Bath’s pavements, drop into the Bridge Coffee Shop back at your starting point to rest up weary feet and refuel. 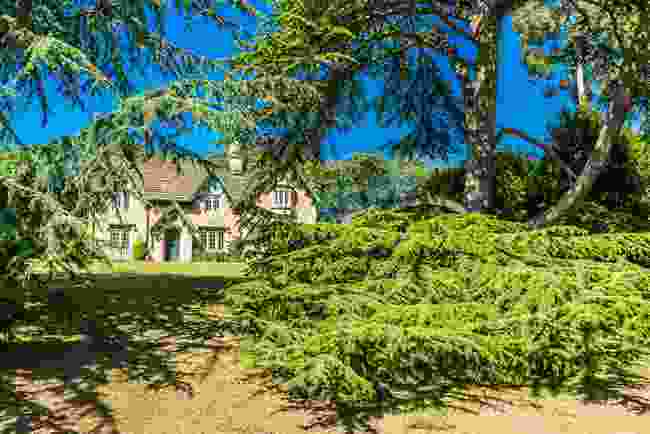 Opened by 11-year-old Queen Victoria in 1830, Royal Victoria Park is just a short stroll from the city centre. Pathways wind through 57 acres of ornamental trees and mature natives (part of a planted arboretum) and across botanic gardens.

Stop at the Picnic In The Park or Herbert’s Cafe for lunch - or enjoy al fresco dining on the green below the Royal Crescent. Don’t miss the Great Dell, a sunken wooded area that runs alongside Weston Road, and its Aerial Walkway, boasting a series of spectacular viewpoints, that lead through to fine specimen trees, including North American conifers.

This easy one-mile stroll (depending on how many pathways you deviate down) offers different delights across the seasons: woodland crocuses in spring, bright flowerbeds in summer, autumn colour in the fall, and silver-frosted park lawns in winter.

3. The Kennet and Avon Trail 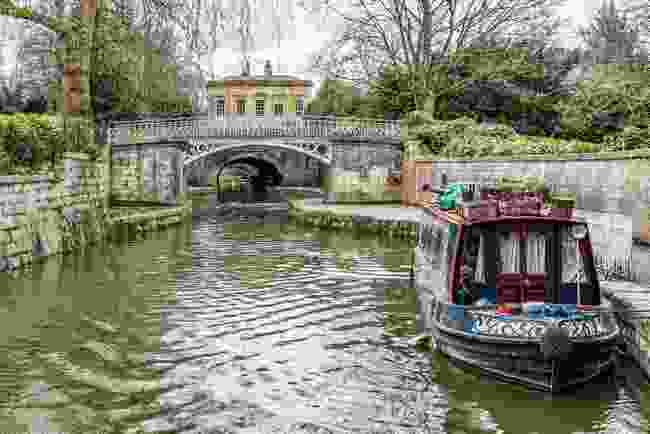 What a superb way to see Bath - a combination of relaxing waterside pathways and grand city thoroughfare. This two-mile city stroll follows the Kennet and Avon Canal and its historic waterside buildings, then the River Avon, before cutting across the stately avenue of Great Pulteney Street, and Sydney Gardens.

The walk begins at Cleveland House, a handsome Georgian building that straddles the canal. From here, follow the towpath south along the east bank of the Kennet and Avon and on past Sydney Wharf. At Bathwick Hill, cross the bridge and continue along the canal’s west bank to Baird’s Maltings, where hard-drinking and hard-grafting navies once came to quench their thirst.

Drop down along the seven locks. Between Top Lock (no. 15) and Widcombe Lock (no. 7), it’s fascinating to watch the locks fill and empty of water so that the narrowboats can ascend or descend the canal steps. Here, the numerous canal-side buildings - from the lock keeper's cottage to the pumping house - were constructed with the same attention to detail as the regal townhouses.

From Rossiter Road, follow the east bank of the River Avon as far as Great Pulteney Road, then the wide thoroughfare of expensive Georgian terraced dwellings, flanked by a fountain at one end and the splendid Holburne Museum at the other, to Sydney Park.

Take time to view the impressive collection of pictures and objet d’art in the museum, then relax at the Garden Cafe, with its leafy outside seating surrounded by parkland. 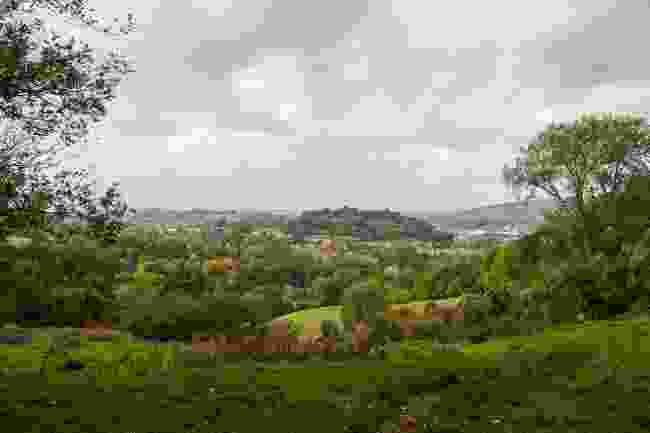 For a longer stretch of the legs and sky-high views, walk the six-mile Bath Skyline. This moderately difficult ramble is plotted out by The National Trust, and begins just a short distance from the heart of the city. Yet it quickly transports the rambler into tranquil countryside of birdsong, woodland and hilltop downs, with stunning views over the historic city.

Start at Bathwick Hill at the junction with Cleveland Walk and follow the road to Sham Castle Lane. Detour to the folly that looks like a medieval fortification, before heading on through Bathwick Woods, an area of rocky cliffs and uneven ground once quarried for the Bath limestone that gives the city its gorgeous glow.

Further on at Bathampton Down, you'll see tracks of stones on the slopes. These are the remains of a tramway that also delivered stone to Bath and beyond in the 17th and 18th centuries. The path then continues along Bushey Norwood, an area rich in history. Look out for an early Roman earthworks and Iron Age camp with standing stones (claver ‘key’ stones).

Head out across open countryside at Claverton Down, following the path west and north to the edge of Prior Park. Detour to Smallcombe Garden Cemetery, rich in wildlife and containing historic gravestones. Continue over Bathwick Fields and back to your starting point at the National Trust bus stop.

5. Through the secret gardens of Prior Park 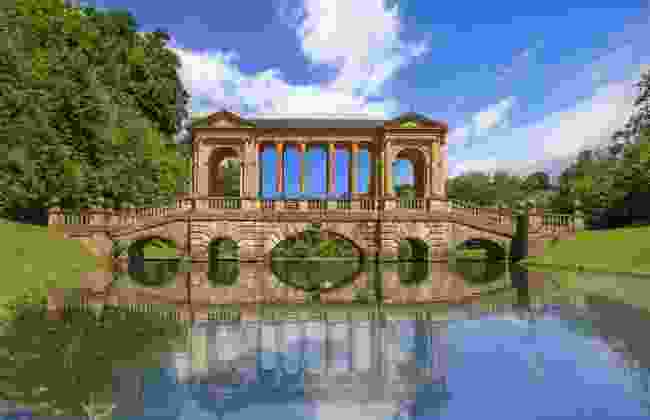 This National Trust-owned estate offers a glorious one mile walk through the playful 18th century landscaped gardens of Prior Park, described by contemporary author Philip Thicknesse as ‘a noble seat which sees all Bath, and which was probably built for all Bath to see.’

From the visitor reception, follow the meandering path through ‘The Wilderness’: a not-so-wild landscaped area of the park that delights with its architectural features, including the Serpentine Lake, ornate Sham Bridge and Cascades.

As you climb above The Wilderness, pause to take in the views of the imposing Palladian Bridge down in the valley, with the city of Bath in the distance. Continue along the Priory Path to summerhouse glade. The woodland valley is filled with flowers throughout the year, from snowdrops in the New Year to daffodils in spring.

Take time to explore the renovated summerhouse before cutting across fields back to the garden with its ornamental lakes. Once again, check out the two-tiered Palladian Bridge, now at close quarters, and explore the Ice House. As you return to your starting point, enjoy the views to the palatial Neoclassical Prior Park Mansion, now a public school.

The best free things to do in Bath

How to spend a long weekend in Bath