With UNESCO’s newest additions, the global total of Geoparks – areas of special geological heritage – is now 169 across 44 countries. Here’s the lowdown on the latest sites 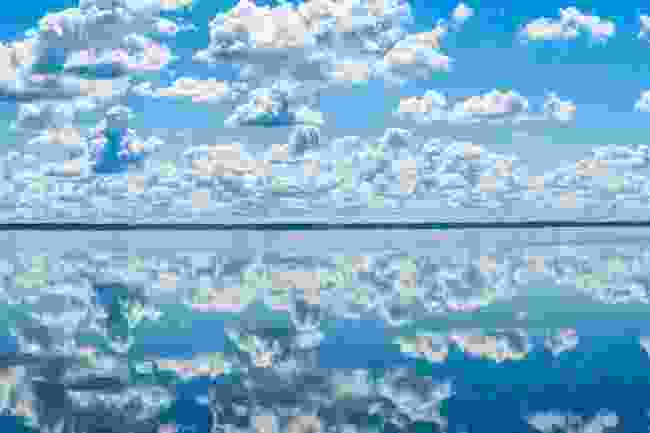 About a third of this Geopark is on land, in the north west of Denmark, while the rest of it is in the North Sea and Limfjord.

Hilly glacial landscapes feature lagoons, lakes and outwash plains formed by glacial meltwater which were created in successive ice ages, particularly the most recent ice age, the Main Advance, which took place 23,000 to 21,000 years ago.

Wind and water have continued to impact the landscape in visible ways. The Geopark comprises 13 Natura 2000 sites – areas that offer protection for threatened species and habitats – and five nature and wildlife reserves encompassing more than 90 geological and natural sites. 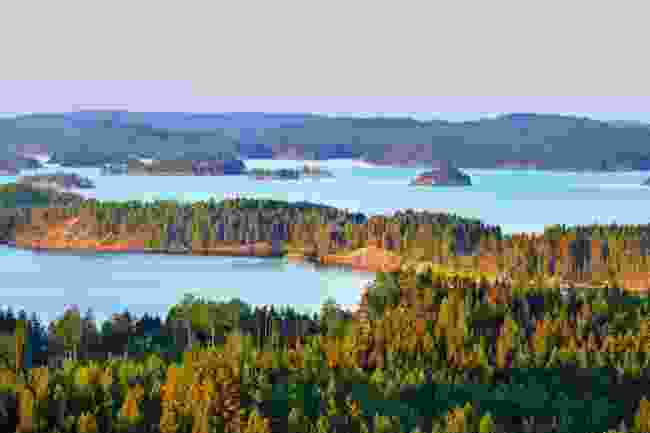 Named after Lake Saimaa – Finland’s largest lake and Europe’s fourth largest – this Geopark is in the south east of Finland, near the border of Finland and Russia. Set at an altitude of 20 to 180m above sea level, it is one third water and dotted with thousands of islands, with a combined shoreline of over 8,000km.

Saimaa’s rock foundation points to the area’s ancient past when it was part of the seabed 1,900 million years ago. The bedrock was shaped over time as the sea receded and tectonic plates were pushed together, forming stony masses which crystallised into granites and gneisses (rock transformed by heat or pressure).

The ancient bedrock was further impacted by the ice age and land uplift which continues today. The area’s soil was formed over the last 20,000 years as a result of ice sheet erosion. Since then, unique and endangered species such as the Saimaa ringed seal and landlocked salmon became isolated in the area.

Impressive rock paintings on the shores of the lake indicate human presence since the Stone Age. Visitors can also see ice lobes – parts of an ice sheet that project into the water. 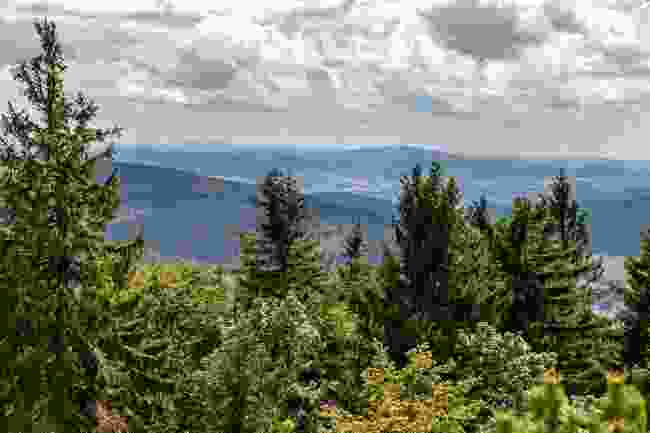 Located in the state of Thuringia in central Germany, this Geopark covers 988 sq km at altitudes ranging from 250 to 900 metres above sea level. Its geology documents over 150 million years of the Earth’s history. The Geopark’s fossil record has been the subject of research for over 300 years. Its fossil reefs, among the first to be recognised as such in the 19th century, are the remnants of the formation of a small island surrounded by reefs in the Zechstein Sea, which is now known as the North Sea. Visitors can explore three of the Geopark’s hundred natural caves. Its Geo and Pleasure Trail highlights the connection between local soil and geology and local culinary traditions over low-lying mountains and areas of windborne sediment. 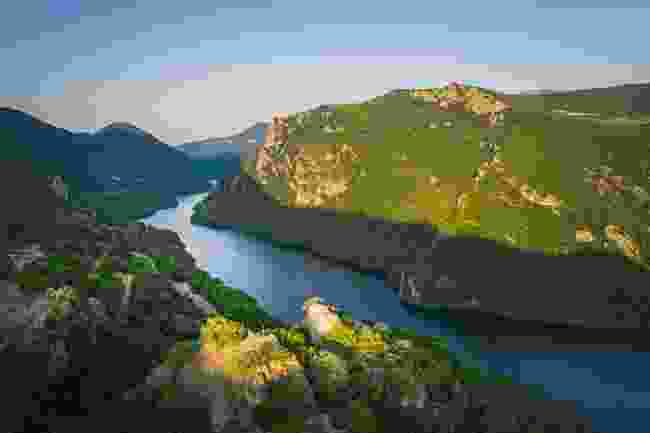 In the north of Greece, around 55km from the Albanian and North Macedonian borders, this Geopark covers an area of 2,486 sq km, with altitudes ranging from about 380 to 3,800m above sea level. Greece’s longest river, the Aliakmon, flows through it.

The Geopark’s geology features one billion-year-old rock formations as well as more recent ones, which document several tectonic plate events including the emergence of Europe as a distinct continent.

The Geopark is also home to a reef known as Mount Orliakas, which straddles the meeting point of Africa and Europe’s tectonic plates. Studies of these geological features contributed significantly to the understanding of the origin of tectonic plates. The Geopark also features some of the world’s most important fossils of mammals with trunks as well as the world’s longest known mammoth tusk, which is over 5m long. 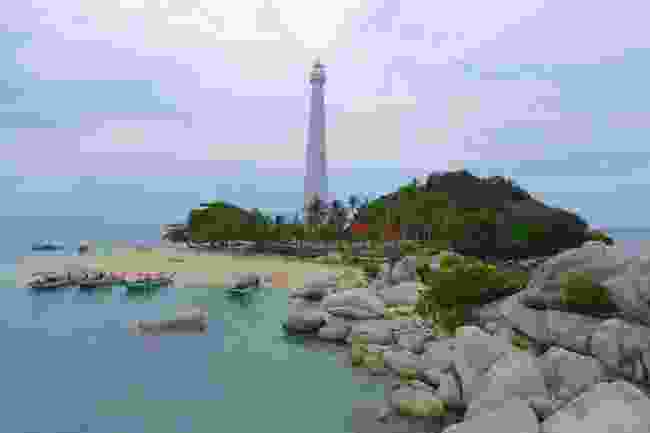 Lengkuas Island, off the coast of Belitong Island, Indonesia (Shutterstock)

As well as Belitong Island, this Geopark encompasses over 200 other small islands in the Java Sea, which are set between Java, Sumatra and Borneo. The marine area stretches over 13,000 sq km, making up two thirds of the Geopark’s total area.

Belitong is prized for its Tor granite landscapes – landforms of large, free-standing rock outcrops created by erosion and weathering. It features rare tektites, too, which are gravel-sized artefacts such as Satam Stone or Billitonite formed by meteorite impacts. The area is also home to unique mineral deposits such as the Nam Salu primary tin deposit, the wealthiest single tin lode in south east Asia. 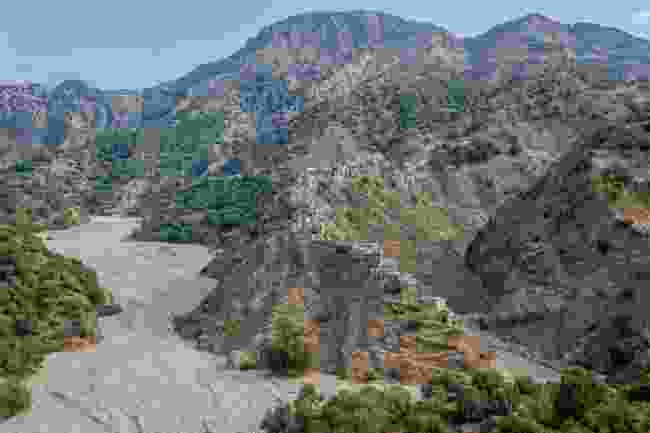 Located in Calabria – in the ‘toe’ part of southern Italy – Aspromonte UNESCO Global Geopark rises from the sea to almost 2,000m.

Its peculiar geology is the result of earthquakes and the movement of tectonic plates that began more than 500 million years ago and haven’t quite stopped.

The Geopark lies on a fragment of peninsula along the Apennine chain, which corresponds to a fragment of the Alpine chain detached from Spain, north west Italy, Sardinia and Corsica. A complex of mountains, ridges and plateaus alternates with deep valleys carved by unique natural streams which have sculpted the area’s hard rock and created spectacular waterfalls.

Visitors can enjoy 360° views of the Strait of Messina which separates mainland Italy from Sicily, Mount Etna on Sicily and the Aeolian Islands to the north of Sicily. 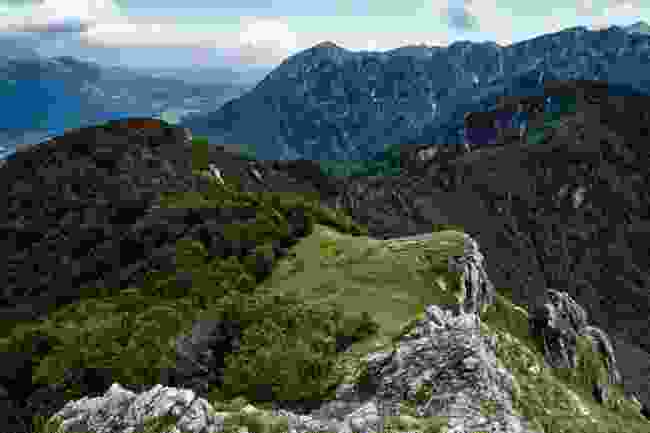 Located in the Central Apennines in the middle of Italy, Majella UNESCO Global Geopark stretches over 740 sq km and ranges from 130 to 2,800m above sea level. It includes more than 60 peaks in the Majella Massif, half of which are over 2,000m, including Mount Amaro.

The Geopark is carved by a series of canyons and comprises rivers and lakes that are essential for wildlife. The territory is treasured for its fossil-bearing limestone and evidence of human presence, which dates back 600,000 years. It also benefits from various microclimates and ecosystems – thanks to its unusual landscape of high reliefs near the sea – which make it suitable for specific species. It is therefore a valuable area for biodiversity, too. 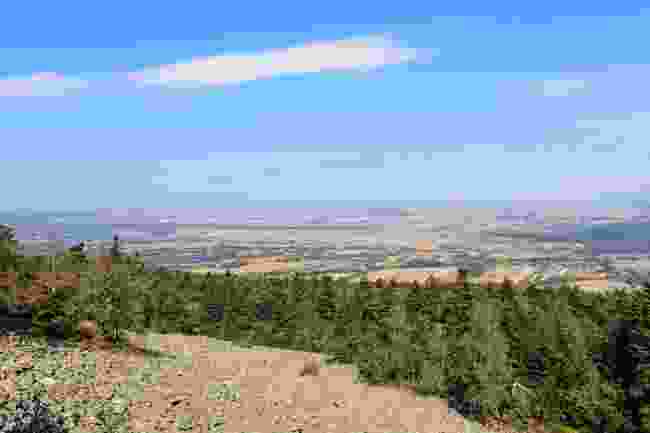 Located in the south east of Poland, in the western part of the Holy Cross Mountains, this Geopark’s altitude ranges from 200 to 400m above sea level.

The Geopark lies between the North Sea and the Black Sea, a major tectonic boundary that is key to understanding Europe’s geological structure. More importantly, it is the only area in the region where sedimentary rocks represent the sequence of various geological periods outcropped on the surface.

As well as being treasured for its diverse flora and fauna, Holy Cross Mountains UNESCO Global Geopark features traces of human activity dating back 60,000 years, including Neanderthal camps and cave systems. Ancient quarries and mines also provide evidence that local populations through the ages valued the region’s mineral deposits, metal ore, limestone and other natural resources.

Quiz: Can you identify these UNESCO sites?