With the announcement of 15 new UNESCO Global Geoparks in Europe, Asia and the Americas, we take a look at some of the most wanderlust-worthy…

Though visiting some of the world’s UNESCO World Heritage Sites isn’t possible right now, we can still plan ahead. And with 15 newly-designated UNESCO Global Geoparks completing the 161-strong list – all breathtaking sites from across the Americas, Asia and Europe – there’s never been a better time to start daydreaming.

In case you’re wondering what exactly qualifies as a potential Geopark, UNESCO describes it as: “single, unified geographical areas where sites and landscapes of international geological significance are managed with a holistic concept of protection, education and sustainable development.” There you go. 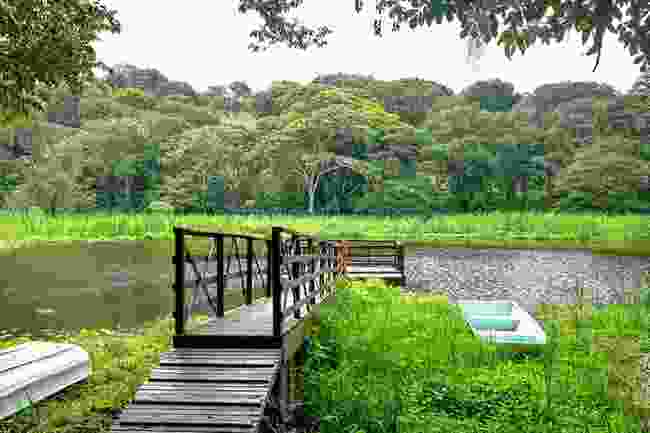 Where is it? In the north of Nicaragua, part of the Central Mountainous Chain

Why was it inscribed? Rio Coco’s landscape is a wild mix of hills, valleys, wetland and cloud forest. Its nature is precious – three of its oldest trees are considered sacred by the Mayan people, including the Tere Armijo (almond tree), and the towering Golden Ceiba, which is 500 years old.

With ancient cave art, Taguzgalpa sites of interest, and Spanish settlements such as the 18th-century Cuje gold mines, it’s also historically significant. Rio Coco Global Geopark has made history in the modern era too, as the first Global Geopark in all of Central America.

How to visit: To reach Rio Coco [the river], you’ll be travelling deep into remote Nicaragua. Resources will be hard to come by, so best to approach an expert guide or tour operator. LATA's recommendations are an excellent place to start. 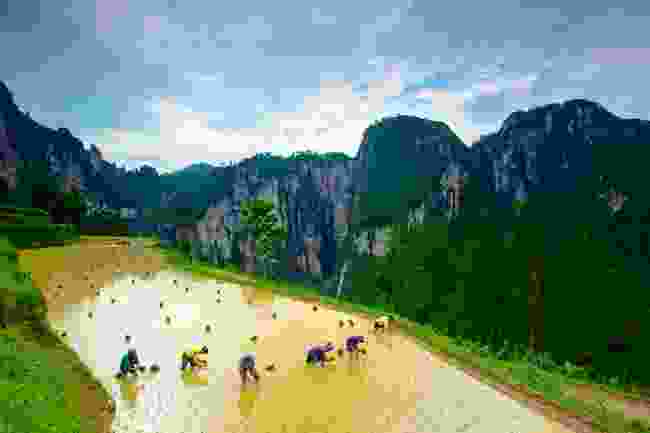 Where is it? In the Xiangxi Tujia and Miao Autonomous Prefecture, in Hunan Province, China

Why was it inscribed? Xiangxi fits the bill for a Global Geopark perfectly. Not only is it home to some of China’s most dramatic waterfalls, and the Red Stone Forest, but it contains culturally, historically and geologically significant sites and customs, dating back to the Paleolithic age, catching up to the present day.

There are over 160 cultural sites from the Paleolithic and Neolithic ages, as well as the unique traditions of Tujia and Miao ethnic minorities – some of the earliest groups to live in Jiangxi – who still call the area home. Geologically, the forming of the Yangtze Platform, which has undergone years of evolution, can be evidenced in the park.

How to visit: The nearest airport is Changsha, in Hunan Province, a five-hour drive away. The area is also reachable by train; the nearest station is Jishou City. Visit Xiangxi Geopark’s official website for more information. 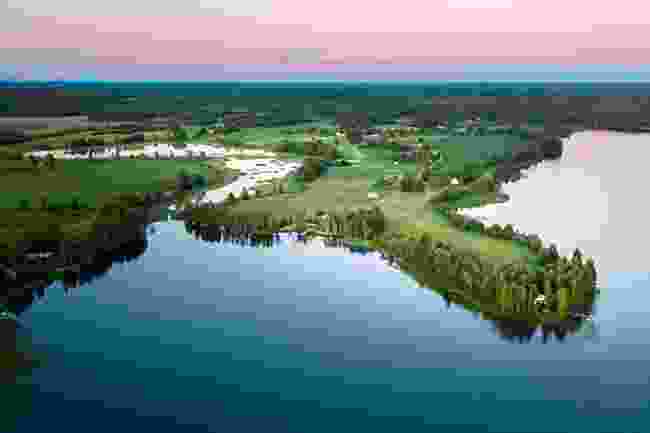 Where is it? Western Finland, including several areas of Southern Ostrobothnia and Satakunta (where Lauhanvuori National Park is located), as well as Pirkanmaa.

Why was it inscribed? Finland’s second Geopark, after Rokua National Park, has been on a fascinating journey through the ages – from a mountainous region to its present condition as a “pristine mire” – and that’s what inspired its inscription. Forests, glacial and bedrock formations, and bubbling springs round off its varied landscape.

Interestingly, Lauhanvuori-Hämeenkangas is one of the northernmost regions where Neanderthal remains have been discovered – in the Susiluola Wolf Cave – and local culture from the closely-connected Gulf of Bothnia (situated between Finland’s west and Sweden’s east coasts), dating back to the 16th century, is also something that warrants UNESCO protection.

How to visit: A visit to this part of Finland is far from impossible. It’s roughly a four-hour drive to the Lauhanvuori NP or the Susiluola Wolf Cave from Helsinki. 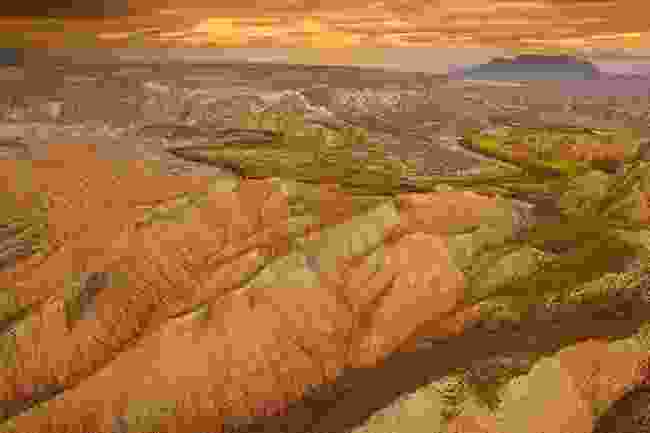 Where is it? In south-west Spain, in the Iberian peninsula

Why was it inscribed? Circled by the towering peaks of the Sierra Nevada mountains, and a treasure trove preserving the region’s culture and tradition, it’s little wonder that Granada’s distinctly orange-hued landscape of badlands and gullies made the list.

The exact reasons it received this designation will be most of interest to geological experts, as UNESCO describes its ‘continental Quaternary sediments’, which eroded to form valleys over tens of millions of years, as “extraordinary”. Visitors can step back into this past at La Estación Paleontológica Valle del Río Fardes, a museum site showcasing what the area looked like two million years prior. In the park, you’ll also be able to discover the history of a Bronze Age settlement.

How to visit: There is plenty of infrastructure for visitors here. The Geopark is located one hour away from Granada Airport, and is easily accessibly by car from Granada city centre. Visit Tourism Granada’s official website for more information. 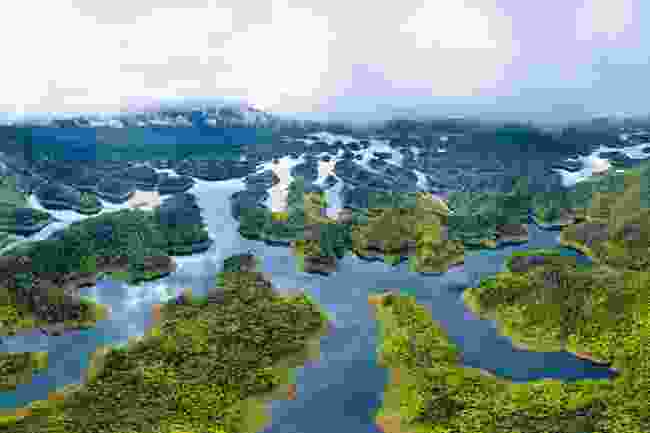 Where it is? In the Dak Nong Province in Vietnam’s Central Highlands

Why was it inscribed? The third of Vietnam’s UNESCO Geoparks, Dak Nong is geologically fascinating, dating approximately 200 million years. Significantly, it is home to the most extensive volcanic cave system in South-East Asia, Krong No, having last experienced transformative volcanic activity just several tens of thousands of years ago.

Today, thundering waterfalls and grass-covered craters make it a spectacular site to see with your own eyes. Nature lovers will be pleased to know this park has been recognised for its rich biodiversity, including rare wildlife and fauna species, which is partly thanks to its particular yet varied climate. Over 40 ethnic groups live in the park, too – including its original indigenous inhabitants, the M’Nong, Ma and Ede people – all with their own set of traditions and culture, well worth discovering.

How to visit: The nearest airport to the Dak Nong Province is Buon Ma Thuot, or it is five and a half hours away from Ho Chi Minh City by car.

Plus the UK’s latest... The Black Country UNESCO Global Geopark 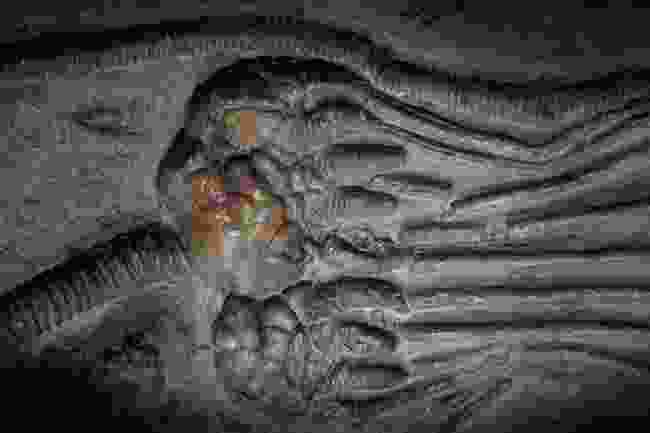 Where is it? The West Midlands, England, including parts of Wolverhampton, Dudley, Walsall and Sandwell

Why was it inscribed? The UK wasn’t short of Geoparks (there are now eight in total) – though the Black Country, named for its smoggy, 18th century industrial background, is a worthwhile member of the club.

In addition to the relics of heavy industry, including mines, quarries, foundries and forges from recent past, and its natural abundance of minerals such as coal, limestone, ironstone and fireclay – the park’s geological history spans a whopping 428 million years geology. It is well-known for its unusually well-preserved fossils, though living, breathing nature flourishes here too. There are countless nature reserves within the bounds of the park.

How to visit: It’s easy to reach the West Midlands by train from across the UK, and to drive to the sites of the geopark. Birmingham Airport or the city centre is an excellent jumping off point. Visit the official Black Country Geopark website for more information

Are these the top cultural World Heritage Sites?