7 of the best things to do in Uzbekistan

From imposing Soviet architecture and fascinating medieval Islamic cities to prehistoric petroglyphs and sumptuous food, Helen Moat lists the things you must do in most enigmatic of the 'stans...

1. Soak up Soviet splendour in Tashkent 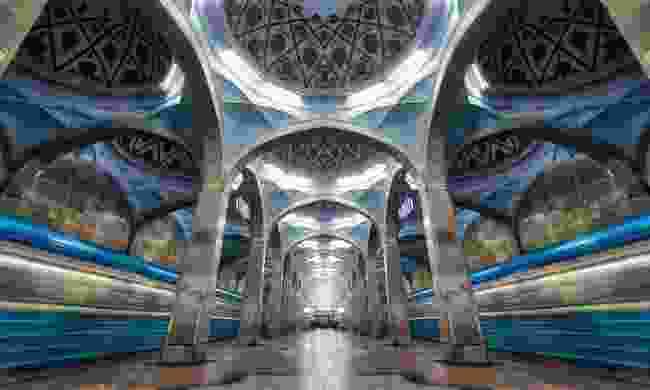 The Soviet splendour of the Tashkent Metro (Shutterstock)

From the ruins of the 1966 earthquake, a model Soviet city of pristine parks, broad avenues and imposing high rise buildings sprang up: Tashkent, the Uzbekistan capital.

Hotel Uzbekistan, looking like a giant beehive, is a fine example of the city’s Brutalist architecture, but to see the best of Russian influenced Tashkent you need to go underground.

From the dreamy circular portraits of Soviet cosmonauts at Kosmonavtlar subway station, to the mosque-like painted domes and columns of Alisher Navoi, Tashkent Metro is a visual feast of Soviet-era art and design.

2. Lose yourself in the Kyzylkum Desert 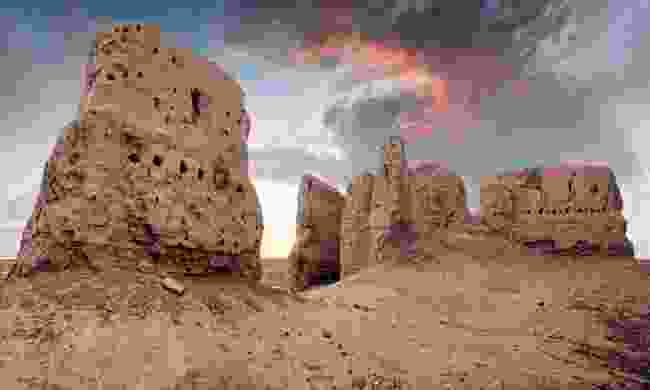 The ancient Ayaz-Kala Fortress in the Kyzylkum desert (Shutterstock)

Kyzylkum reveals a subtle beauty: long shadows that gather in the gullies of pale hills; circular huddles of goats and cattle grazing a buttery landscape and isolated white-washed dwellings lost in a vast canvas of sand sedge, sagebrush and camelthorn. It makes you feel small, insignificant; barely visible.

Head for one of the yurt camps near Lake Aydar and immerse yourself in the desert. At Kyzylkum Safari Yurt Camp (just under 40 miles from Nurota), you can enjoy a camel ride, lakeside swim and listen to traditional folk music by a campfire under the stars.

Deep in the desert, far from light pollution, the Milky Way and constellations of the Northern Hemisphere are easy to spot. Fall asleep in a womb-like circular yurt, swaddled by sumptuous embroidered bands and wall hangings.

3. Gorge on ancient petroglyphs of Sarmishsay 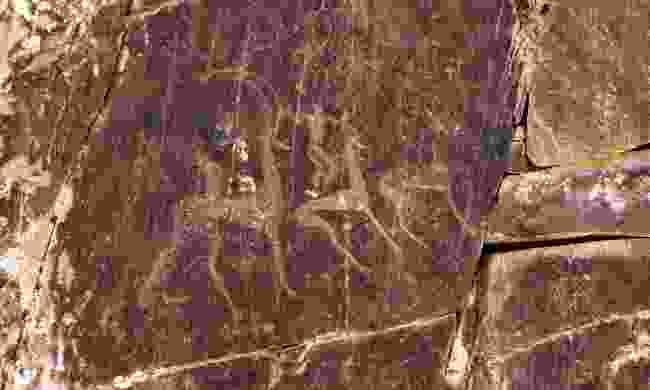 The Sarmish Gorge – sometimes known as Sarmishsay or Sarmyshsoy – cuts through the southern slopes of the Karatau mountain range, 20 odd miles from Navoi. The seemingly desolate landscape is scattered with old settlements, burial mounds of ancient nomads and rock art.

There are some 4,000 petroglyphs in Sarmishsay: oxen from the Bronze Age, Iron Age drawings of deer, wild rams and nomads with bows and arrows, and horsemen from Medieval Times, along with Arabic inscriptions.

The gorge cliffs riddled with these ‘stone picture books’, are well worth exploring. You'll also catch a glimpse of the area’s history and prehistory through millennia. The Sarmishsay Resort makes a great base to start your historic adventure.

4. Find an oasis of peace in the Nuratau Mountains 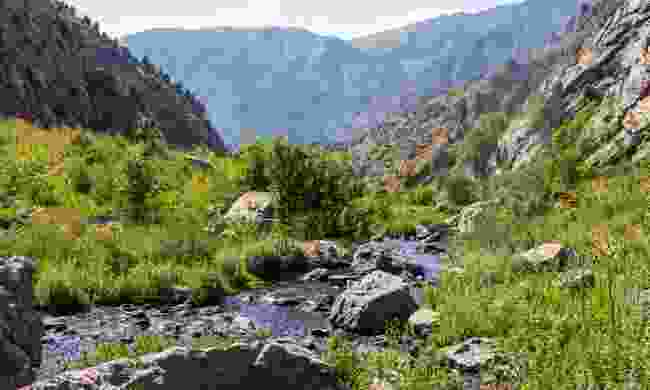 Sentyab (sometimes called Sentob) in the Nuratau range has its own petroglyphs, but it’s the peace and serenity of this isolated mountain village that draws travellers here.

In this lush river valley, walnut, pistachio and fruit trees grow in profusion and fat-bottomed sheep are reared to provide flavour in meat dishes. Hunker down in one of the rustic homestays (such as Rahima’s Guesthouse) and enjoy a feast in a roofed Ayvan, its low table weighed down with locally grown produce. 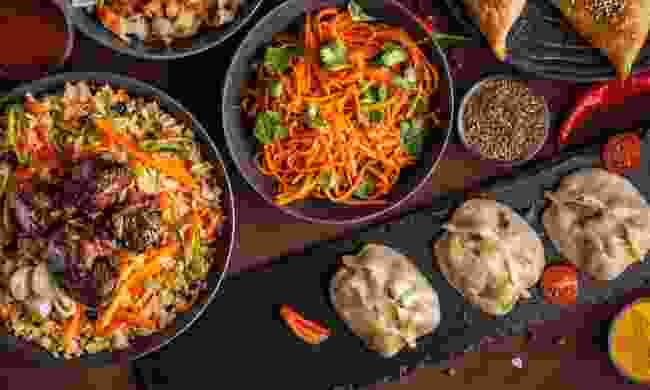 For a taster of Uzbek cuisine, visit Chorsu Bazaar in Tashkent with its towering domed roof, or Central Market in the city of Navoi.

The stalls are piled high with nuts and grains, fruit, vegetables and leafy greens; jars of camelthorn and cotton honey, thick yoghurts and soured cream. In the meat market, surfaces are covered in slabs of marbled lamb and lumps of pure fat – used to flavour the much-loved national rice dish, plov.

Main dishes in Uzbekistan are meat-heavy, primarily stews and shashlik (shish kebabs). Starter dishes are lighter and mainly vegetarian: fresh fruits such as melons and pomegranates, tomatoes with onions, salads and dried fruits such as raisins, apricots and plums.

For traditional Uzbek cuisine and cosy ambience, try Caravan in central Tashkent. Be aware that toasting with vodka is another Soviet legacy... and the night may be long.

6. Touch the past in the Navoi region 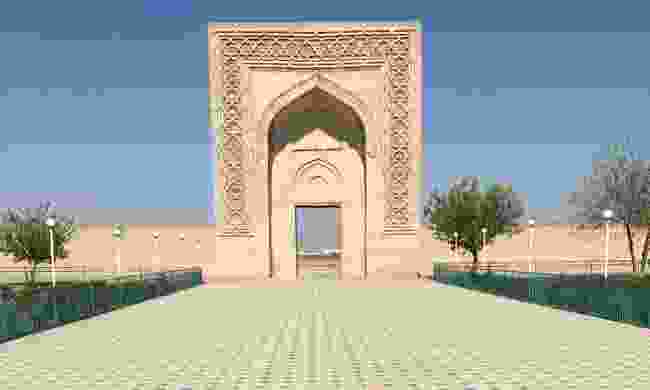 Rabati Malik caravanserai in Malik, in the Navoiy province (Shutterstock)

Navoi may be the youngest city in Uzbekistan, but its surrounds are rich in history. Explore the medieval mausoleum of Mir Said Bakhrom at Karmana on the city’s outskirts, and the Kosim Sheikh complex, its exterior and interior awash with colour and pattern.

To experience a Silk Road caravanserai, head out beyond Navoi Airport. Rabati Malik (and Malik Sardoba cistern) provided traders and their camels with a safe haven and sustenance.

Entering through the great portal is a moving experience, and although only the foundations of the sleeping quarters and stables remain, it’s not hard to imagine this fortified caravanserai packed with hundreds of camels and horses and stacked high with spices, tea, gold, metal, leather and cotton - and silk of course.

40 miles north of Navoi, the town of Nurata was also an important stopping point on the Silk Road. Alexander the Great, is also thought to have made his mark here - it’s believed he built a fortress high above the town. Below the hill, the Chashma complex, - with its holy spring, bathhouse, shrine and two 16th century mosques - is a place of quiet beauty and pilgrimage.

7. Wander the medieval streets of Bukhara

To experience the Silk Road in all its glory, head to Bukhara just outside the Navoi region. A major crossroads on the historic trading route, Persian, Chinese, Indian and Russian merchants converged here.

As you wander through the old city of impossibly narrow streets, the crumbling sandstone buildings broken only by colourful domes, it feels as if you are walking through medieval times. Here, grand mosques and madrassas sit cheek-to-jowl with hammams and covered bazaars.

Visit the Ark, the remains of a fifth century fortified royal town (within a town), then head for the Kalon Minaret - once the highest structure in Central Asia and a guiding beacon for visiting merchants.

Surrounding the tower, the Po-i-Kalyan complex is breathtaking in scale and design, from the magnificent portals of the madrassa and mosque, the covered walkways and expansive courtyard, to the intense blues and greens of the domes and geometric tiles.

Many of the boutique hotels in the city echo the patterns and colours of medieval Bukhara, too. Komil Hotel and Boutique Safiya both ooze Uzbek ambience - as does Minzifa Restaurant. Enjoy authentic regional dishes on the rooftops with views over the ancient domes of the Hammam Sarafon. 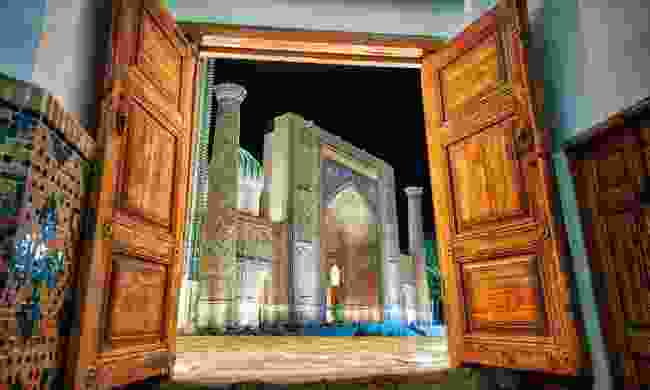 The author’s itinerary was arranged by Travel the Unknown who offer both group and tailor made journeys.

As a guide price, the 14-day Uzbekistan Odyssey (which includes Nurata and Aydarkul) starts from £2,495pp.

Uzbekistan Airways flies from London Heathrow to Tashkent twice a week from £432 return. Uzbekistan is visa free for all EU nationals.

Find out more about sensational Uzbekistan:

Your first 24 hours in Tashkent, Uzbekistan

A cooking lesson in ancient Khiva