11 of the best things to do in Nicaragua

This Central American nation sits comfortably at the top of many travel to-do lists. But with volcanoes at every turn, glistening lakes and colonial cities to explore, where do you begin?

Nicaragua is in prime position to become of one Central America's best-loved travel destinations. If its bubbling volcanoes, watery expanses and lush green reserves don't tempt, its exemplary geographical location means you've simply no excuse to miss it.

It's nestled in the warm centre of the continent: close neighbours with the ever-popular Costa Rica, offering just as much in terms of cultural highlights, wildlife watching potential and jaw-dropping nature. It's also border buddies with the lesser-visited Honduras and its perfect travel companion, El Salvador, meaning those who love getting truly off-the-beaten track are in the right place to be...

Discover the best things to see, do and explore in Nicaragua... 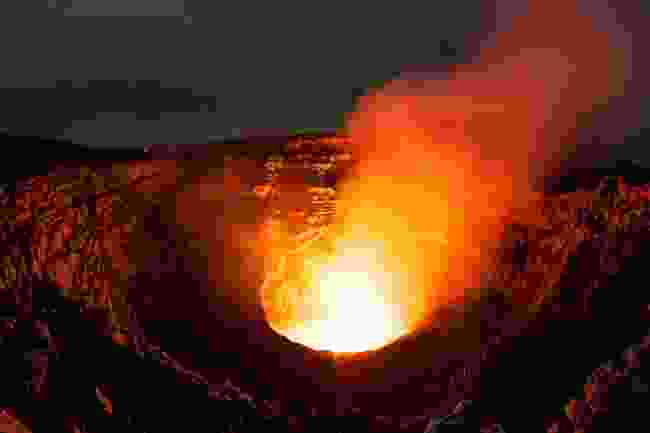 Lava Lake, aka the Mouth of Hell on Volcán Masaya (Shutterstock)

Parque Nacional Volcán Masaya was Nicaragua's first ever national park, and for good reason. Masaya is a raging, active complex volcano: one of seven in the country. It's made up of craters and calderas, and a bubbling pit of deathly-hot lava known as the 'lava lake' – all accessible to visitors.

Of course, you'll be driving past on a guided tour, not wandering past on foot to stick your nose in the searing heat and heavy sulphur smell of the lagoon. 'Lake' and 'lagoon' implies loveliness – but don't be fooled by the name. It's more commonly known as the 'Mouth of Hell'. Not somewhere you'd like to fall into.

It seems Masaya has been erupting on-and-off since the 1500s, and as of 2019 is currently in a state of eruption. You can keep track of its activity on Volcano Discovery, or consult local guides for advice on how to navigate the park. 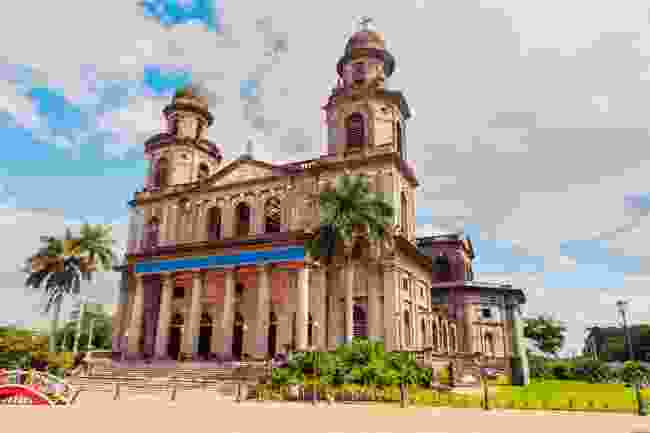 25km from Masaya is Nicaragua's proud capital, Managua. Unlike European capitals, Managua doesn't define itself by a solid centre and its outskirts. Instead, its a maze of neighbourhoods, with its prime attractions dotted throughout the city.

Our suggestion? Decide what you'd like to see, and plan your route around them. Start with the Old Cathedral of Managua, which has stood since the 1920s. Today, you can admire its Neoclassical-style exterior, but what lies within remains hidden from the public. The cathedral is now something of a shell; its interior destroyed by an earthquake in the 1970s.

Do make time to explore the city's best beaches and lakes: Montelimar Beach is a great place to relax and enjoy the pleasant weather, while Loma de Tiscapa lake is perched on the edge of Volcan Momotombo, and is home to the famous statue of Nicaragua's 1920s revolutionary, Augusto César Sandino. Chocoyero-El Brujo Natural Reserve has an impressive cloud forest, and is just 30km away. 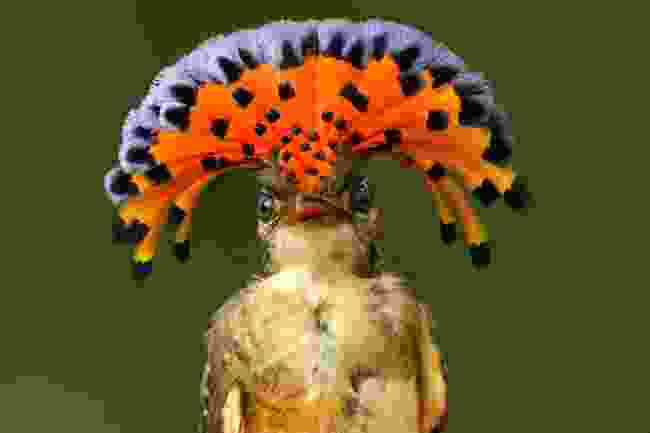 It's hard to imagine that all 4,500 sq km of Indio Maiz Biological Reserve feels remote, but it does. Located near the Costa Rican border, its home to the biggest expanse of rainforest north of the Amazon basin.

This rainforest paradise is the workbase of scientists and conservationists, hoping to understand the myriad rare creatures who roam the park.

The royal flycatcher – its red-orange feathery display tipped with an almost-neon blue – is a birder's dream spot. As has the national bird of Nicaragua, the turquoise-browed motmot. There's no shortage of colourful species: parrots, macaws, toucans, the list goes on...

As for big cats, pumas and jaguars are known to roam the park, as are a number of monkeys: howler, white-face and spider. Those who flock to Costa Rica in order to spend time with the humble sloth will be thrilled to know these cute creatures call Indio Miaz home, too.

4. Catch a glimpse of Lake Nicaragua 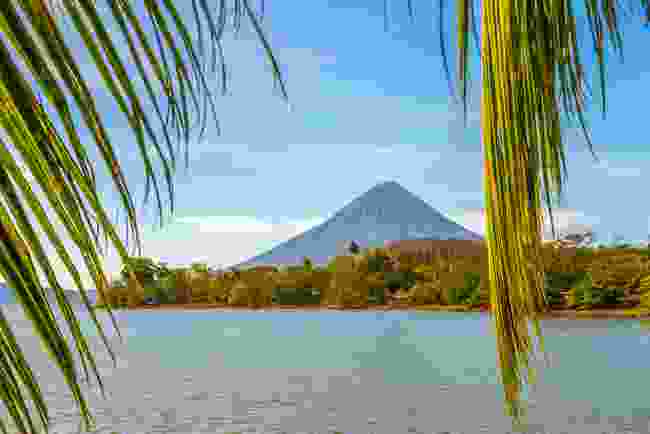 At ‎8,264 sq km, it’s little wonder that Lake Nicaragua (sometimes called Cocibolca, the ‘sweet sea’) is the largest in the country – and all of Central America.

Filled with freshwater, it actually is a wonder that a species of bull shark calls the lake home. Fortunately, these rather dangerous sharks tend not to swim too close to where travellers visit – though that doesn’t mean a sighting is out of the question. The lake’s southern shore is also a fine spot for birders.

Lake Nicaragua is really well-located in the country's south-west, with several nearby towns to explore. It’s not far from the cities of Granada and Managua by car, and of course, it’s home to Ometepe Island and its two volcanoes, both of which offer plenty of incredible experiences for travellers… 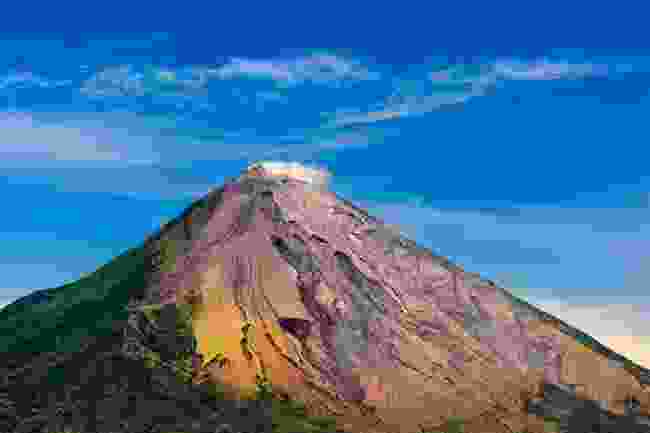 Take a boat from the lake over the Ometepe, and you'll quickly discover this island's not so small that you can traverse it entirely on foot, so you'll likely want to rent bikes or even a scooter during your stay. Ideally, you'll want at least two or three days to fully experience what the island has to offer.

It's easy to find more than a day trip's worth of activities: a museum about the island's history, a calm oasis in the form of Charco Verde Nature Reserve, plenty of petroglyphs carved into stone and dotted around the island, just waiting to be discovered.

That's without mentioning Volcán Concepcion and Volcán Maderas, the latter of which has the stunning San Ramon Waterfall running down its southern side. Hiking either volcano is very doable in the space of a day, if you have the proper gear and good fitness levels.

Maderas is the easier ascent at 1,350m tall and requires approximately six to seven hours hiking time. Concepcion will take a good ten to eleven hours and an early start, if you hope to manage the steep 1,650m ascent. It's certainly not for the casual walker. 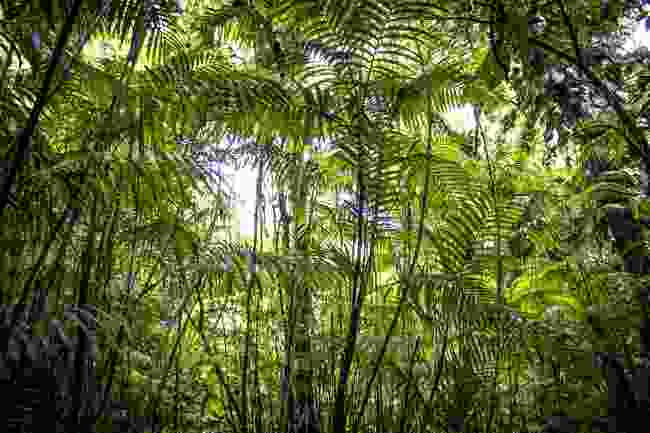 Don't panic. Unlike Masaya, Mombacho isn't active, so no need to worry about any fiery 'mouths of hell'. The 1,344m-tall stratovolcano hasn't erupted since 1570, anyway, which seems a millennia ago, given Nicaragua's fervent and frequent volcanic activity. You can be driven up its sides to reach the main attraction.

The heavily-protected cloud forest is looked after closely by the Cocibolca Foundation, due to the incredible number of unusual or interesting flora and fauna growing here. Visitors in particular will find themselves enamoured with the bright, colourful bromeliad and orchid flowers blossoming in the park, and will be keen to spot the howler monkeys swinging among the mist-blurred trees.

As with Ometepe and its two volcanoes, Mombacho Cloud Forest Reserve is closely located to Lake Nicaragua. It's also just 20 minutes from the city of Granada by car, so works well as a day trip.

7. Uncover culture and cathedrals in Granada 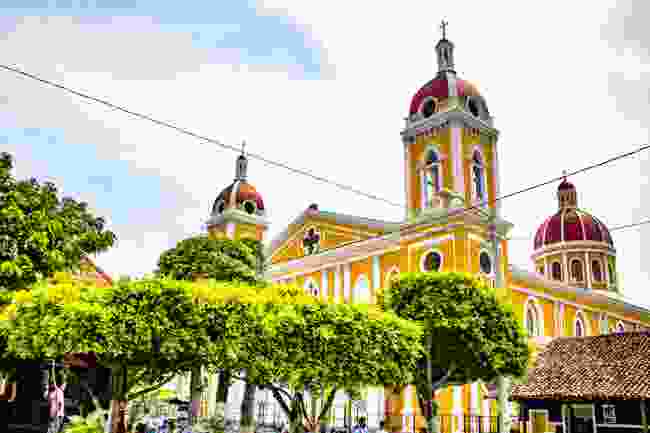 Granada (not to be confused with Granada in Spain) is a colonial city in western Nicaragua, perhaps best known to the casual traveller for this iconic image of its sunshine-yellow cathedral.

Aptly named Cathedral of Granada, it was built in the late 1500s in a Neoclassical style, and opens up to the city's Parque Central (main square). Often, vendors will gather on the square selling a variety of goods – some crafty, some homemade. Don't stop there, though: make sure you climb the bell tower of Iglesia de la Merced.

After exploring the colourful streets and soaking up the atmosphere, stop by one of Granada's many Latin-inspired cafes. Cafe de las Sonrisas and Gallo Pinto Cafe come recommended. For something more substantial, Bocadillos Tapas Kitchen & Bar is known for its Spanish-style snacks, while Tostometro Granada creates local specials, like its famed plantain burgers, for decent prices. 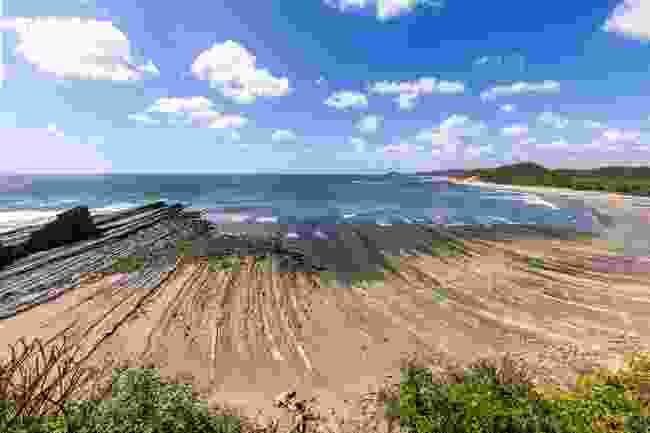 The beach at Popoyo, Nicaragua (Shutterstock)

It seems the pristine beaches and slick waves of Popoyo are a surfer's dream come to true. This small town, not a million miles away from the capital Managua, is rising high on the wish lists of surfers around the world, still searching for untouched surfing hot spots away from the crowds.

Typically, your best chance to ride the waves is typically May to October, with May and June the absolute peak season. Magic Seaweed's Surf Guide gives an up-to-date overview of how good the surf will be during your visit.

9. See Solentiname for yourself 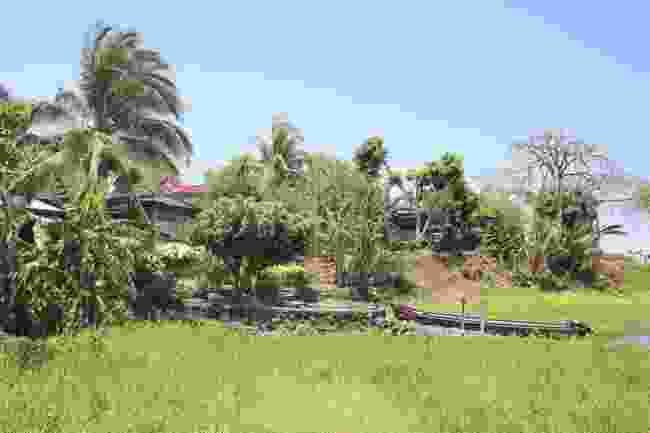 Solentiname is an archipelago in the south-east of Lake Nicaragua: a huddle of four large islands and 32 smaller ones. Combined, the archipelago is known for its glorious views, a peaceful atmosphere, and for a vast array of tropical fauna.

It's also home to plenty of colourful bird species, such as the orange-billed toucan, and the blue-hued bare throated tiger heron. Reports suggest up to 111 species can be found in Solentiname. Zapote – one of the smaller islands –- is so well known as the archipelago's prime birding paradise that it's even nicknamed La Pajarera (or, in English 'Bird House').

If you're more of a casual wildlife fan, you'll probably visit Solentiname for its 'primitivist' art community – who create multi-coloured paintings and sculptures – and archaeological points of interest, which include petroglyphic markings from past civilisations. If you can, tour Mancarrón and Isla La Venada, two of the main islands.

10. Smell (or smoke) cigars in Esteli 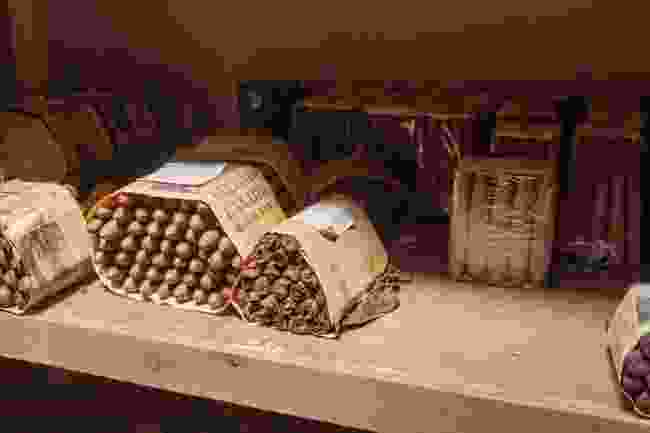 Once you've had your fill of Nicaragua's famous Momotombo or Argencove chocolate, learn about another, if slightly-less-sweet, Nicaraguan mainstay: the cigar. If you're interested in something a little bit different – a trade that procures thousands of jobs for Nicaragua's citizens – then head to the country's third largest city, Esteli, and embark on a cigar factory tour.

There are number of factories to choose from, many of which are happy to show visitors around not only the factory floor but also the neighbouring plantations, where tobacco is grown. Estelí Cigarros is often highlighted as one of the easiest to organise, though speak to your local guide – or the people at your hotel – for the tours they recommend. 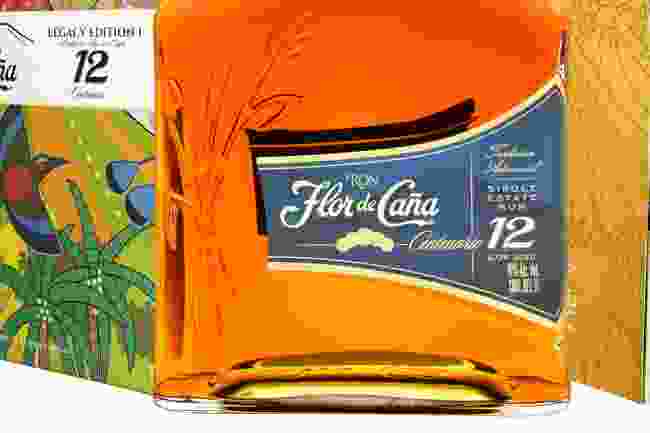 First cigars, now... rum! You can do more than sample Latin America's much-loved spirit in bars around the country. For the full experience, head to the fifth largest city in Nicaragua, Chinandega, for a private tour of the distillery.

For approximately $10 USD, an expert guide will take you through the brand's (almost) 130-year history, give you a glimpse into the production process, and offer up a few samples.

Things to do in Latin America's hidden gems:

Things to do in French Guiana