7 incredible things you must do in French Guiana

Brazil might be its neighbour, but you needn’t leave the small South American country of French Guiana for an unexpected and unforgettable travel experience. Here's a taste of what there is to explore... 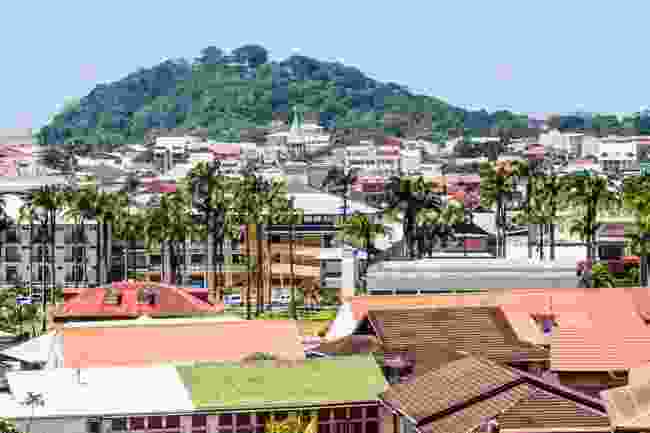 Cayenne has a familiar name. South and Central America is the birthplace of the Cayenne pepper: perhaps the spiciest pepper known to the world. It’s named after the French Guianan capital.

Wandering the old town with a guide is enough to get your history fix. Much of what you’ll see is inspired by France, the Caribbean, and beyond.

There’s plenty to see and do here: the ruins of the Fort Cépérou, the city’s yellow cathedral, and discover the volcanic origins of the high point, La Pointe Buzaré. 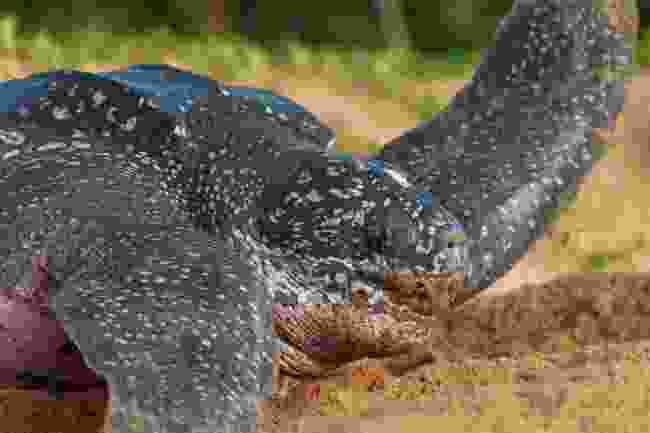 The close-by suburb of Remire-Montjoly is also worth a visit, as the beach is a key sighting spot for green, Pacific ridley and leatherback sea turtles. They’re often seen lying on the beach.

Yep, it’s really that simple. There’s little in the way of specific tours, and during nesting season (February to August) it’s highly likely you’ll see a mum-to-be laying her eggs in the sand if you rock up at nighttime.

Remember to visit the pretty park Salines de Montjoly, while you’re in the area, during the day.

3. Get lost in nature in Guiana Amazonian Park 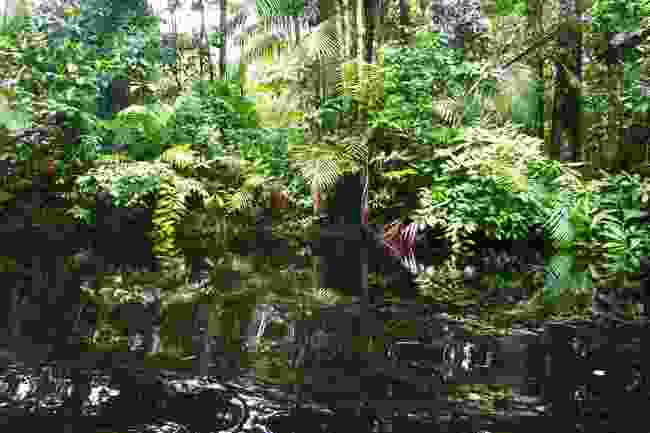 Officially France’s largest national park, and spanning across 20,300 km² of French Guiana, Guiana Amazonian Park is big – a huge expanse of protected rainforest. It's been called ‘one of the largest protected biodiversity zones on the planet'.

As you can imagine, it’s not the most accessible place to visit. You can’t get there on foot, or even by car, or public transport. You’ll need to take a canoe or travel by air, via an official tour. Once you’re there, expect your visit to last around five days.

The park conserves all that is natural about the area: over 719 species of bird, 1000s of bugs and butterflies and nearly 300 reptile species. It’s also home to populations of native people.

4. Fly to space from Kourou 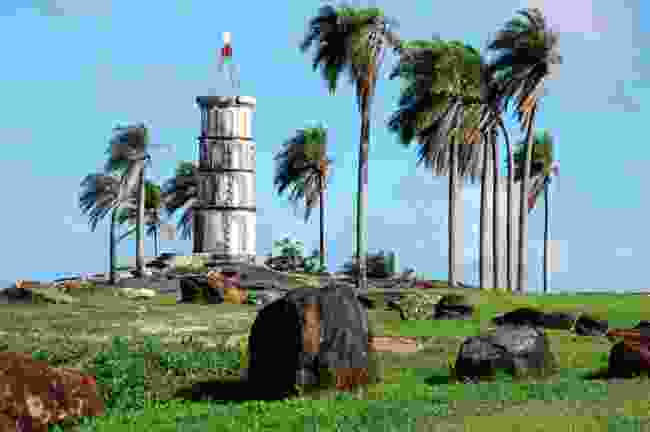 A wander around Kourou will be fruitful for history buffs: there’s an archaeology museum, another showcasing the Engraved Rocks of Carapa, and the historic Dreyfus Tower to climb. Rest your legs on one of the many clear, sandy beaches.

Kourou’s main attraction is north-west of the city itself. The Guiana Space Centre, sometimes called The Space Port is ideally located on the planet for rocket-launching due to its position near the equator, and as such 500 rockets have been sent into the atmosphere from the centre to date.

To visit, as a member of the public, you’ll need to book a guided tour in advance. It’s an operational space centre, so you can’t exactly wander around solo. Sadly. 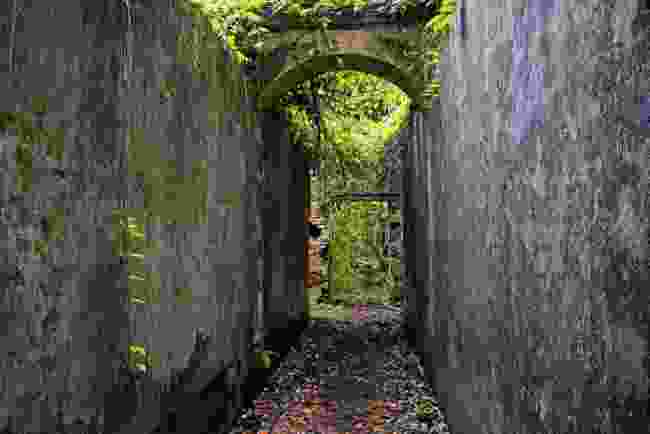 Many visitors to French Guiana will hope to walk in the footsteps of Henri Charrière, who wrote his 1969 autobiographical novel Papillon detailing his time as a prisoner here.

Indeed, this can be done on Devil’s Island – also known as Île du Diable – in the Salvation’s Islands, nine miles north of Kourou. Though you won’t, as Papillon does, need to escape this former prison colony.

Instead, you’ll be able to take guided tour of the remains of the prison which closed in 1953 after 100 years of detaining exiled French prisoners. It’s history is particularly brutal, so be prepared. 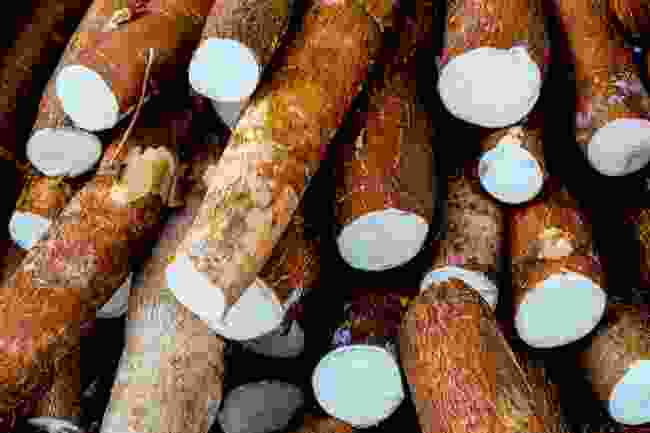 You’ll immediately be struck by the variety of influences playing their parts local cuisine: French, Creole, Chinese – you name it, you'll find it.

First things first, prepare yourself for some spicy cooking. Like we mentioned earlier, the tongue-bitingly hot Cayenne pepper rules the spice rack in French Guiana.

Other unmissable local dishes often include cassava (a root vegetable) among the ingredients, and are made up with smoked fish or chicken, and delicious, doughy roti flatbread. Expect many dishes to be flavoured with fruits, too.

7. Witness the excitement of Carnival 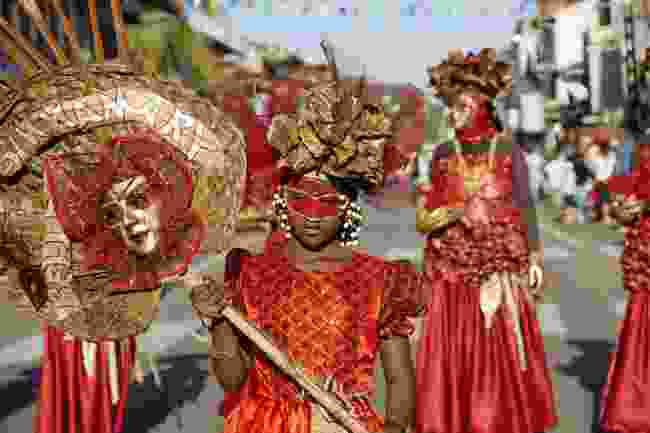 If you’re visiting in January, February or March, you're in luck. Locals from all different backgrounds – French, Creole, Brazilian – all come together to celebrate Carnival.

This celebration happens in several South American countries each year. The festivities began in the late 1880s, and have been celebrated widely since slavery was abolished. Carnival typically ends around Ash Wednesday, and coincides with the religious calendar.

Don’t be surprised to catch parades in the streets on weekends, hearing jubilant music, lots of exuberant dancing and effervescent costumes, and general merriment all round.

What can you do in Guyana? Lyn Hughes reveals all