7 amazing things you must do in Suriname

Little-visited and sandwiched between French Guiana and Guyana, Suriname offers up some incredible, adventurous experiences. Here's the best things to do during your stay...

1. Monkey around in Brownsberg Nature Park 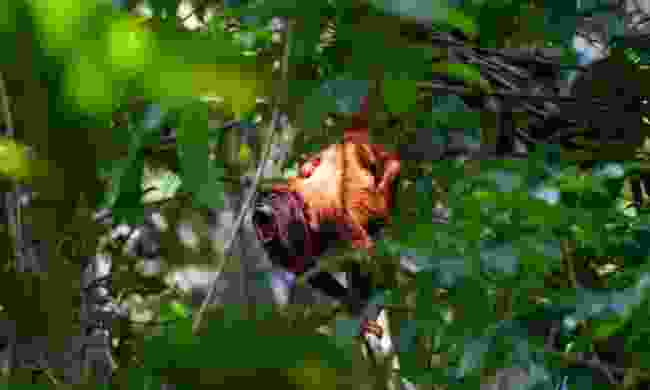 Of all the jungles of Suriname, the thick canopy of Brownsberg Nature Park is the most likely to show you the faces of its inhabitants. Trek among the 1,500 types of plants to seek out the plethora of primates that call Brownsberg home.

The noisiest of these are the howler monkeys. Follow the sound of their bark-like call to the treetops where you can see both red and black howler monkeys swinging from the branches.

Another vocal animal to listen out for is the grey-winged trumpeters – a long-legged bird often found strutting across the jungle floor, singing its song. It’s one of more than 400 species of birds that can be found here.

If the park's creatures are feeling shy, the surrounding scenery will ensure your day isn’t wasted. Choose a trail and walk to one of the four waterfalls, cooling off in their spray. Or hike to the viewpoint at Marazoni Top for panoramic views over the jungle and clear blue lakes. 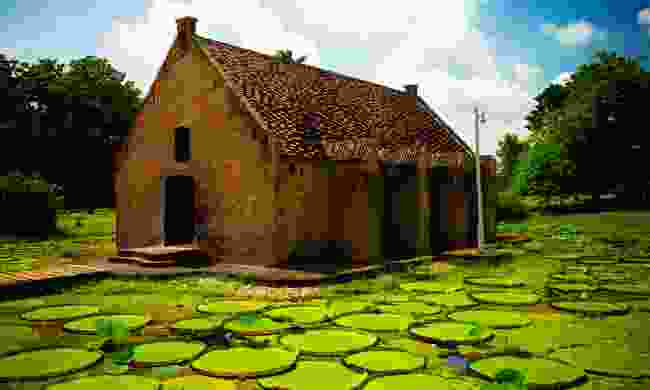 Named after the vast, mud-coloured river it sits upon, Commewijne’s colonial houses keep its history alive.

Visit the now abandoned wooden buildings, which were once powerful plantations, to understand the sad history of the sugar plantations. You'll also learn how cocoa and coffee factories once operated. Pay a visit to the museum of Marienburg, a repurposed sugar plantation, to help deepen your understanding of the history.

Next, head to the exact spot where the Commewijne and Suriname rivers converge, where you’ll find Fort Nieuw Amsterdam. This polygon-shaped fortress played a significant role in the past as it was built to protect the crop fields from attack. Just a bit of time spent wandering its grounds will transport you back to the tumultuous 19th century. 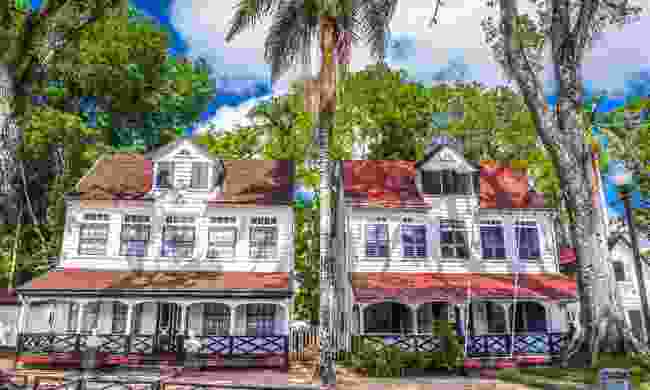 From the neat rows of wooden houses, to the equally tidy patches of grass that decorate the outside of them, you can see the Dutch influence on this capital in almost every detail and every direction you look. For extra colonial charm, head to Paramaribo’s downtown, Foto.

But it’s not just about the colonial architecture. Spend a little time walking the streets of the city and you’ll soon see it for the exciting, eclectic capital that it is. Synagogues stand alongside mosques, near Hindu temples and Christian churches - all of which are worth admiring.

For more cultural diversity, head to the market where the smell of spices from all over the world waft above the hectic and crowded stalls. If it’s food you’re after, stay on the bottom floor. Go up a level for shopping, and to search for bright clothing. 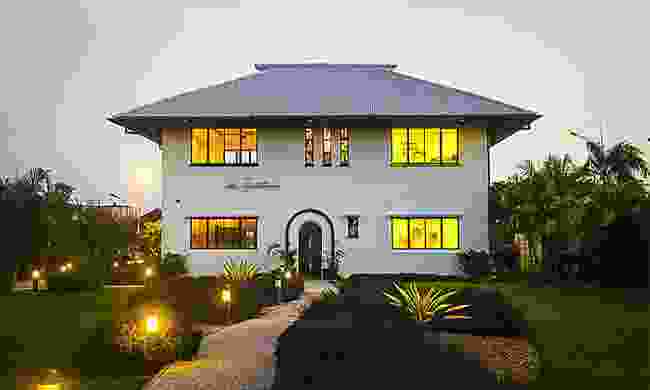 This white-washed wooden house with its neat surrounding gardens looks like a lot of the others in Paramaribo, though it hides some spicy secrets inside.

Open the door of the Surinamese Rum House to discover the award-winning rums mixed inside. See the authentic copper pot they’re made in, the oak barrels being crafted, and meet the man behind secret recipes for these popular concoctions.

Be sure to book into a tasting session, where you can become a rum connoisseur and participate in one of the mixology classes. Shake, mix and pour to your heart's content, and reward yourself with a sip of your own creation.

5. Soak up the culture along the Upper Suriname River 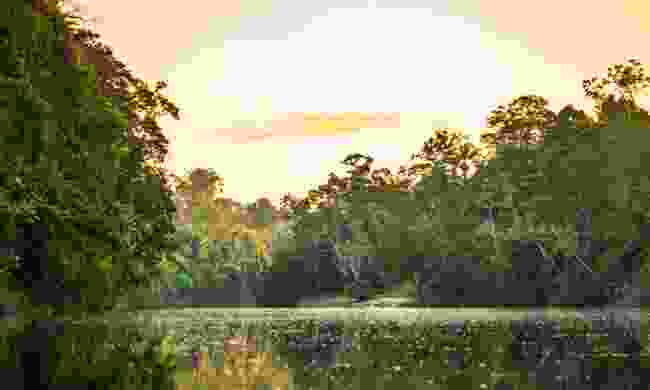 The Suriname River is the heart of the country named after it – so why wouldn’t you want to travel along it? Take a boat down the jungle-clad Upper Suriname and enjoy the peace and quiet, only broken by the sound of monkeys chattering across the banks and the squawk of the birds.

The real lure, however, are the culturally-rich villages on either side of the river. Every so often, the jungle will break to reveal a community of rustic houses, where the Saramaka people live, offering a real eye-opener into their way of life. Listen to the stories of their ancestry, how they came to be here, and of their customs and traditions.

It would be a real shame to rush a river trip, so don’t. There are many eco-lodges to suit all budgets spread out along the banks. Plan in some pit stops to turn the tour into a multi-day meander. 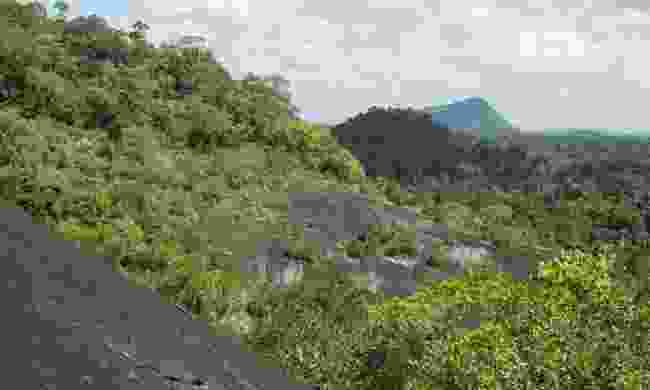 Jutting out of the green-drenched Voltzberg Nature Reserve, like a dusty rock from outer space is the park’s namesake – the Voltzberg Mountain. This 240m-high peak is best climbed at sunrise. On the way up, expect to see birdlife, along with myriad species of monkey.

After around four hours, you’ll be at the top of the giant, granite monolith. Here, you can enjoy views of the rising and dipping dark green treetops, extending far into the horizon, where they seemingly touch the glowing pink sky.

Once back at the bottom, make sure you explore the many falls nearby, where you can watch the water rushing over rocks, cool down and have fun in the rapids. 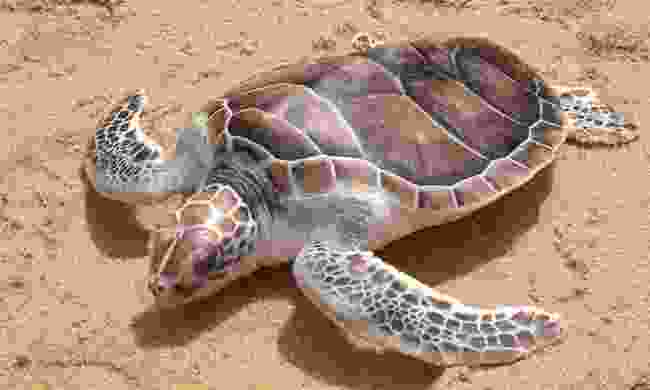 See the incredible sight of turtles laying their eggs (Dreamstime)

Watching these slow, gentle giants nesting down to lay their eggs, in the warm sands that fringe the Atlantic Ocean, is a sight that will stay with you forever.

Increase your chances of witnessing the phenomenon by heading to the huge stretch of copper-coloured sand that makes up Matapica Beach, arguably the best place in Suriname for turtle spotting.

Between February and May, you’ll likely see green turtles nesting. Go between April and July to see leatherbacks. If you’re really lucky, you may even catch the rare sight of a hawksbill turtle laying their eggs.

Another hot spot to try is the turtle sanctuary in Galibi Nature Reserve, where green, leatherback, hawksbill, and the rare olive ridley turtles come to find refuge on the beach.

Be inspired by our full guide to the Guianas

Here's the best things to do in French Guiana

Or why not explore Guyana?