5 reasons you must visit Windhoek, Namibia

Often overlooked by travellers in their rush to Namibia’s dunes and game parks, Windhoek is a lively, well-groomed city boasting township culture, a walkable game reserve and a distinctly Germanic twist... 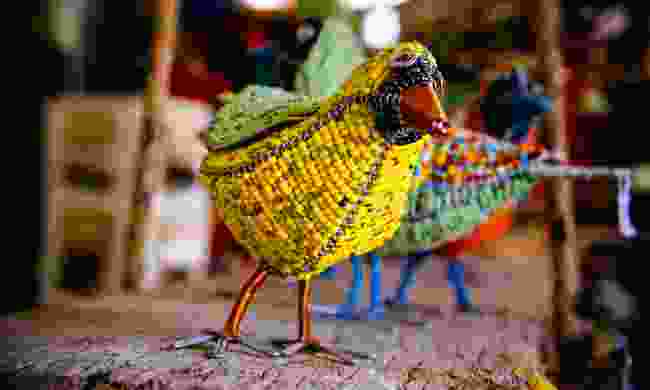 Once the site of Windhoek’s very first brewery, this collection of old industrial buildings and warehouses has been turned into a thriving centre of food, art and entertainment in the city.

It is here that you’ll find the famous Namibian Craft Centre, a one stop-shop for authentic arts and crafts, with over 40 independent stalls selling items produced by artists and craftspeople across the country. If it’s a traditional Namibian carving, pottery, painting or jewellery you’re looking for, this is where you’ll find it.

The complex is also home to Chopsi’s Bar, Windhoek’s most famous nightspot and a popular spot with both tourists and locals. The drinks aren’t too expensive, the food is hearty and filling and the dance floor always vibrant.

Elsewhere in the Old Brewery Complex, you’ll find JoJo’s, arguably the city’s best restaurant, and the Craft Cafe, serving the best coffee in Windhoek. There’s also a hairdressers, a music shop, the Omba Art Gallery and The Diamond Works, which has a small display detailing the history of diamond mining in Namibia. 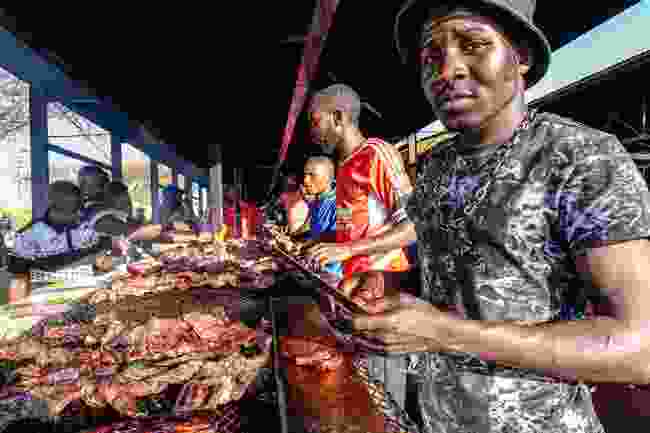 Kopana on the grill (Shutterstock)

Situated to the north of the city centre, Katutura was the township where the black residents of the city were relocated during the time of apartheid.

The name means ‘The place where no-one wants to live’ in the local Herero language, a pretty good indication of the conditions endured there. While poverty is still a problem, conditions have improved, and with 60% of Windhoek’s population living there, a visit to Katutura is probably the only way to gain an insight into how urban Namibians live.

The area has a thriving art scene. And there are plenty of great little makeshift restaurants where you can try the local kapana (barbecued beef, slathered in a secret chilli spice known only to the vendor).

To visit the township respectfully and safely, it's probably best to go with one of the city’s respected tour companies. Not only do they know the places to go, many of the guides are from Katutura itself and can give you a real insider’s take on life here. One of the most popular is the bicycle tour run by Katu Tours.

3. The museums detailing the country’s road to freedom Learn about Namibia’s history of resistance to colonialism and long struggle racial equality at the impressive Independence Memorial Museum. Open seven days a week and free to enter, it details the country’s long road to freedom and equality through informative displays, paintings and artefacts from the struggle.

Outside the museum, you’ll find a statue of Namibian revolutionary and its first ever President, Sam Nujoma, and a statue dedicated to the Genocide Memorial, a sobering reminder of atrocities against Namibians by German troops during colonial times.

Right next door to the Independence Memorial Museum, you’ll find the equal impressive National Museum of Namibia. It traces the history of both the city and the country from ancient times, through colonialism and on to Independence.

It includes a terrific display about Namibia’s San rock paintings, a great introduction if you’re planning to visit the real thing at Spitzkoppe and Twyfelfontein. Other museums worth visiting in Windhoek include the Windhoek City Museum and the Trans-Namib Railroad Museum. 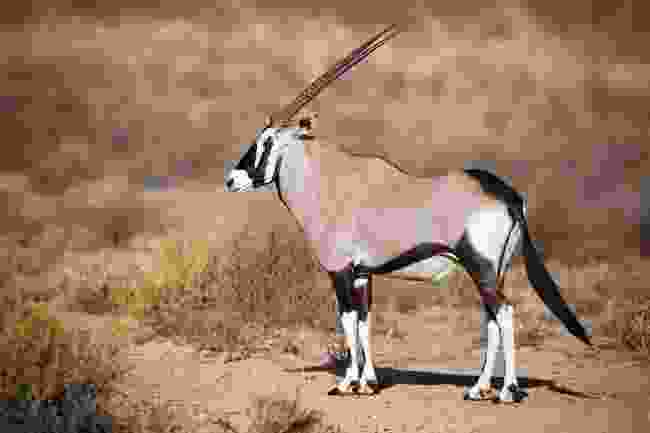 Only 18km from the centre of Windhoek, Daan Viljoen Game Park gives you the chance to take a walk on Namibia’s wild side. Home to some of Namibia’s most iconic ungulate species, including the desert-adapted oryx, steenbok and klipspringer, but without the predators, visitors can explore the park on foot, getting up close and personal to the wildlife here.

There are three well-marked trails you can follow. The three km Wag ‘n Bietjie Trail follows a dry riverbed. The nine km Rooibos Trail will take you up a ridge offering views back toward Windhoek. The more challenging Sweet Thorn Hiking Trail will take you the empty eastern reaches of the reserve.

Expect the company of gemsboks, kudus, mountain zebras, springboks, hartebeests, warthogs, elands and the odd giraffe. The park is also known for its birdlife, with over 200 species recorded, including the Rüppell’s parrot and Monteiro’s hornbill. 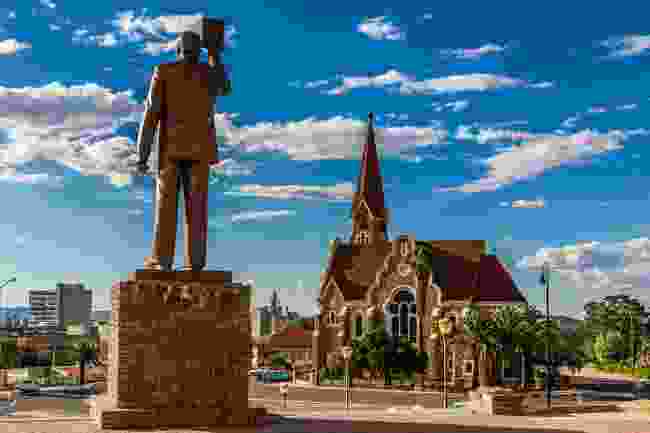 As a former German colony, it comes as no surprise that Windhoek is dotted with reminders of its Germanic past. Take a stroll through the city centre and you’ll spot plenty of German colonial era architecture amongst the modern office buildings.

The most striking example is Christuskirche, a Neo-Baroque cathedral built in 1907 at the height of German colony control. The unofficial symbol of the city, the design of this Lutheran church by architect Gottlieb Redecker is reminiscent of a ginger bread house. The altarpiece is a copy of Resurrection of Lazarus, the renowned work by Rubens.

Other colonists built castles in medieval Germanic style to cope with their homesickness. There are three in the city – Schwerinsburg, Sanderburg, and Heinitzburg – each odd and quirky and lavishly decorated with furniture and art, shipped out from the fatherland. Schwerinsburg and Sanderburg are non private homes (the Italian Ambassador lives in Schwerinsburg), while Heinitzburg Castle is now a public hotel and restaurant.

More things to do in Namibia:

8 of the best things to do in Namibia