Author Tony Park has spent months in Namibia researching his wildlife-themed thrillers. He reveals how to get the most out of this awe-inspiring destination

With its well-maintained road network, Namibia is the perfect destination for a self-drive safari.  As well as the big name hire car companies, you can also rent a four-wheel drive vehicle kitted out with camping gear from a range of operators.

There are plenty of affordable privately run camping places on the main tourist routes and camping is available in all of the country’s national parks.

Self-driving allows you to explore more of the country than the ‘standard’ tour packages, which usually take in the giant sand dunes of Sossusvlei, and Namibia’s flagship game reserve, Etosha National Park. 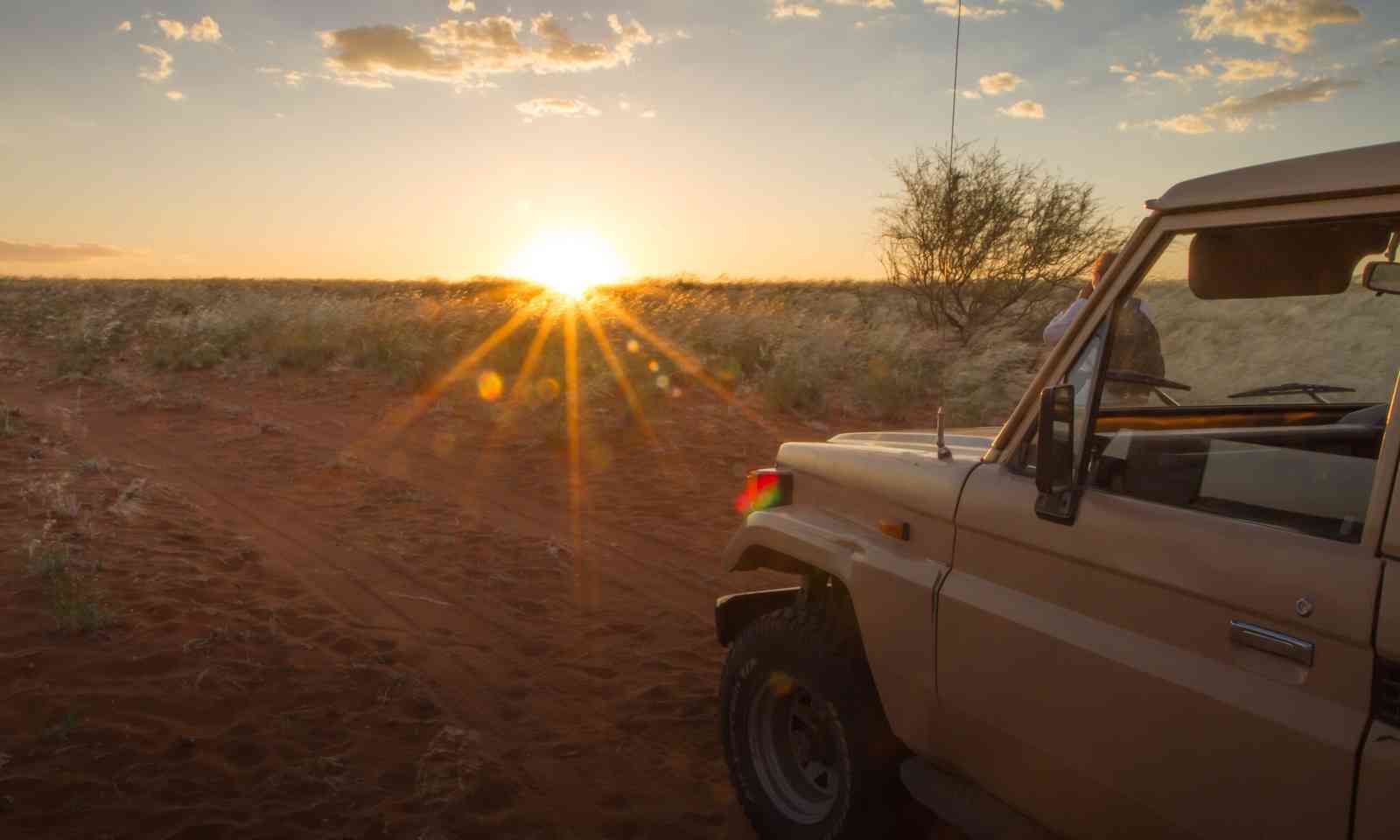 Driving at sunset in Namibia (Dreamstime)

There are windswept public camp sites along the Skeleton Coast, but these are very basic and really only suitable for diehard beach fishermen.  Cape Cross Lodge, near the big seal colony north of Swakopmund, has an excellent camp ground that’s sheltered from the wind and campers can use the lodge’s pool, bar and restaurant.

Take your car north to the Caprivi Strip which skirts Botswana. On the Namibian side of the Okavango River, stay at the delightfully funky and laidback Ngepi Camp, famous for its swimming pool – a cage floating in the river – and loos with a view built into trees and on platforms.

Take it easy; tthe gravel roads are wide and smooth, but don’t drive too fast as it’s easy to creep up over 80 kilometres per hour and even easier to lose it on a bend.

Etosha is Namibia’s largest and most popular national park and it can get very busy.

Most self-drivers and organised tours stay at Okaukuejo and Namutoni Camps, located near the main entry gates to the park, and tend to drive through Halali rest camp, situated in the middle of the park. 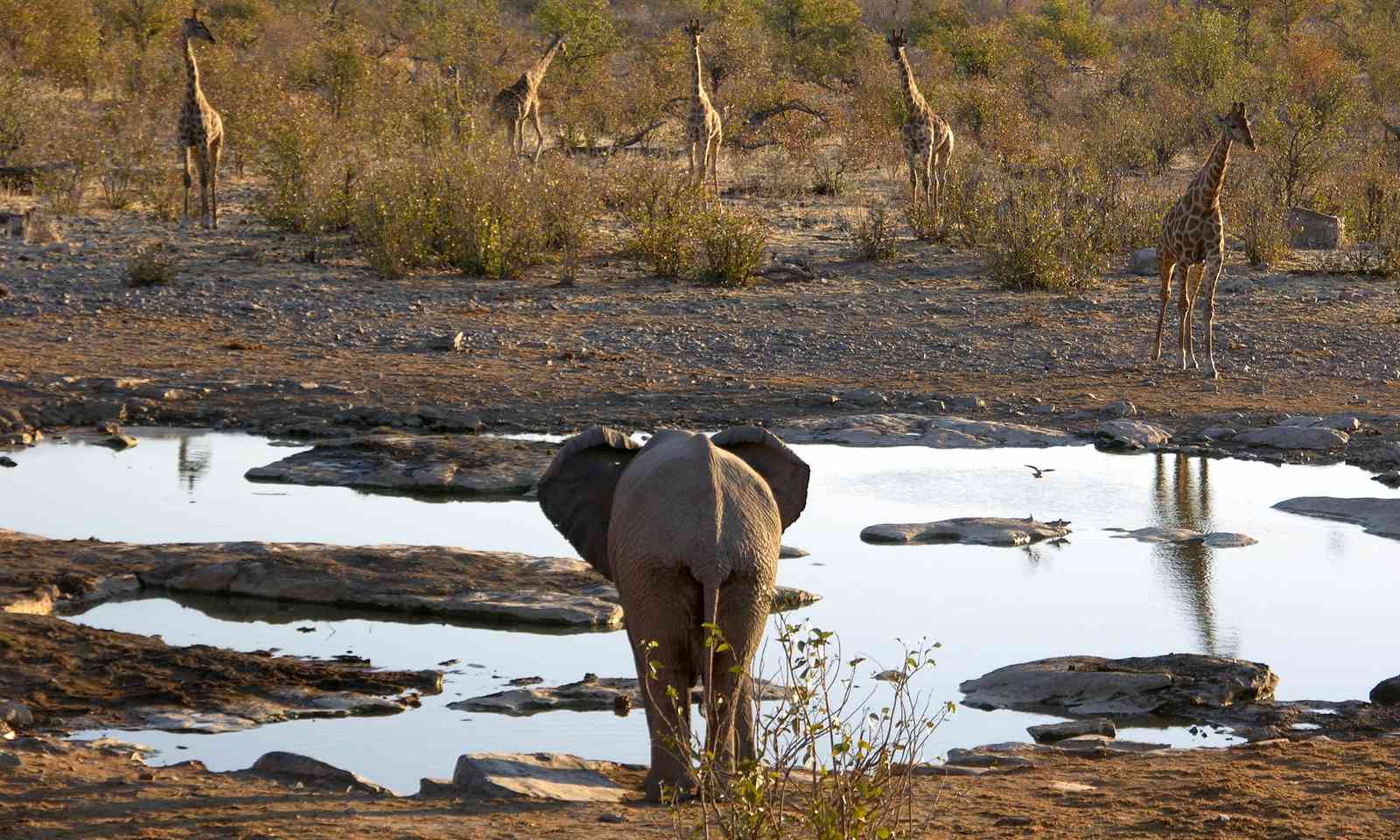 Halali’s camp ground is a bit of a dust bowl but it has a nice pool and I’ve seen black rhino and honey badgers, two animals traditionally hard to find in other parts of the continent, at Halali’s floodlit waterhole every time I’ve stayed there.

Instead of driving around for hours looking for game, park up at one of Etosha’s many waterholes. Everything needs to drink eventually and it’s not unusual to see nervous herds of zebra filing cautiously past lions lazing around the waterhole. Be patient and you might see some action.

Inside an ugly-looking cement walled compound on Nelson Mandela Avenue in the capital, Windhoek, is a rambling maze of bars and eating areas cluttered with bric-a-brac, curios, old signs and even a suspended Fiat car that was abandoned by a couple of intrepid overland travellers. This is Joe’s Beer House. 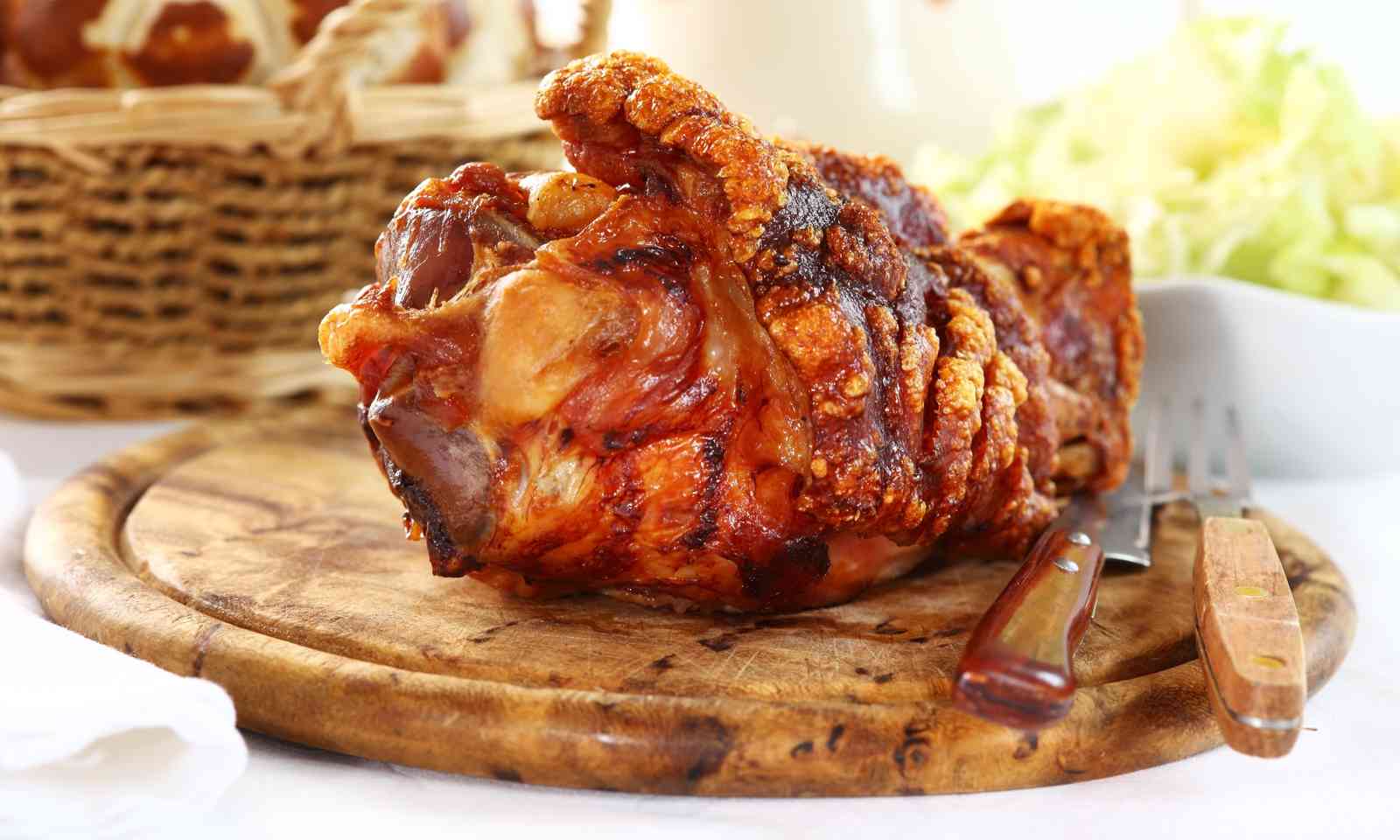 It’s a bit of a tourist trap, but you’ll also find locals talking business and letting their hair down. The food’s great and, if you’re really hungry, tackle the one kilogram Eisbein (pork knuckle), washed down with a beer. Windhoek Lager, known a 061 (the area code for the capital), is excellent, but if you want to pass as a real local try a Tafel lager in the brown bottle.

4. Track a desert rhino on foot in the Pamwag Conservancy

The Palmwag Conservancy is a great place to see these wild desert animals. Palmwag Lodge is a good choice to base yourself while exploring this wild empty corner of the country, with chalets and excellent camp sites.

The lodge can organise expeditions to track the rare desert rhino, on foot, with local guides sponsored by the Save the Rhino Trust. 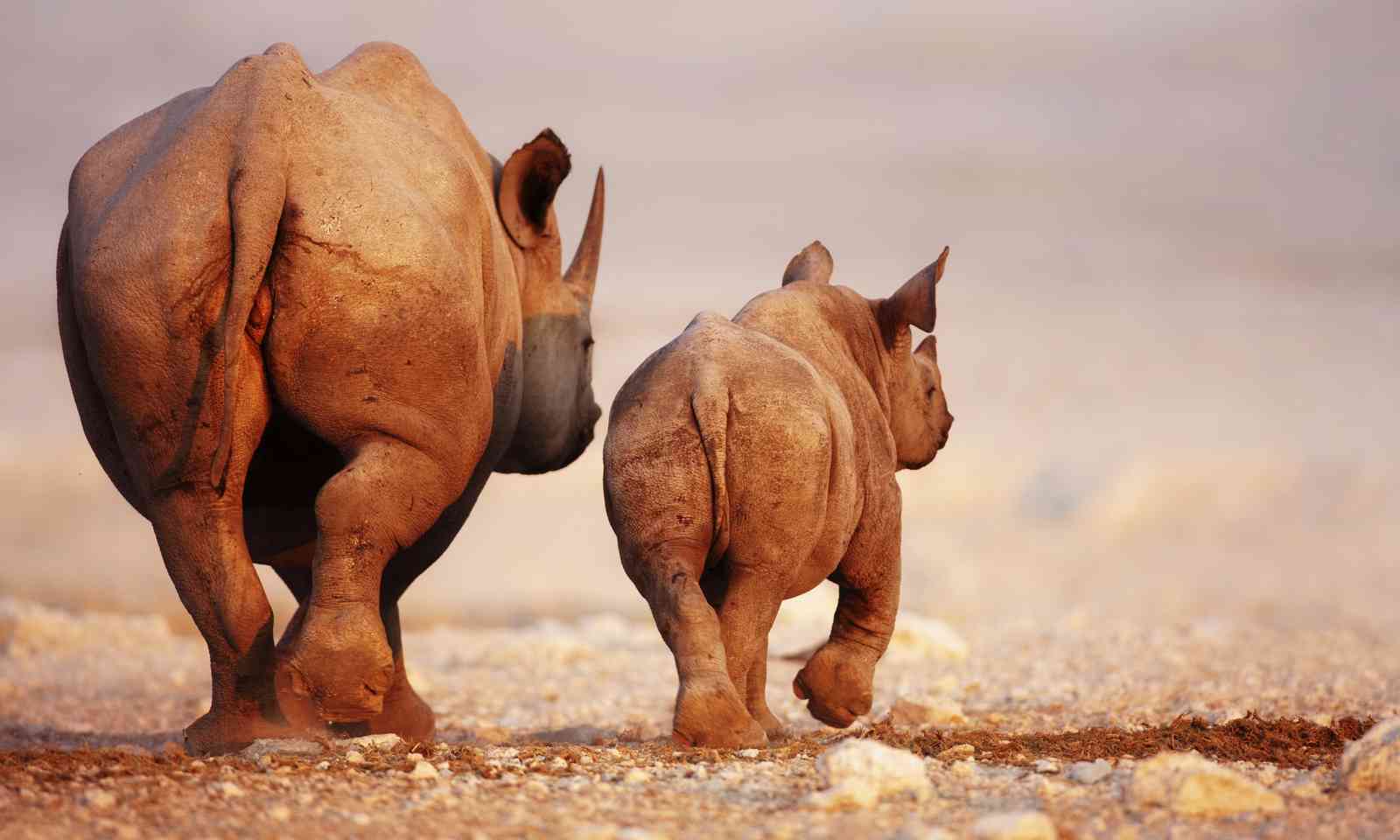 The conservancy is less regulated than a national park and if you wish to explore it yourself, come fully equipped with all your own food, drink and firewood. Better yet, go with friends in two vehicles as you may not see another vehicle for days.

If you’re not keen on self-driving, then check out an operator like Wilderness Safaris. They have a network of excellent lodges throughout Namibia, including Desert Rhino Camp in the Palmwag area. Their Doro Nawas camp in Damaraland is one of the best places to see desert elephant and they have a neat trick in the evenings – on request, the staff will wheel your bed out on to the deck of your room, so you can fall asleep under the stars.

While much of Namibia is desert and it can get very warm year round during the day, nights are chilly. On the foggy, windy Atlantic coast you can find yourself shivering at any time of the day. 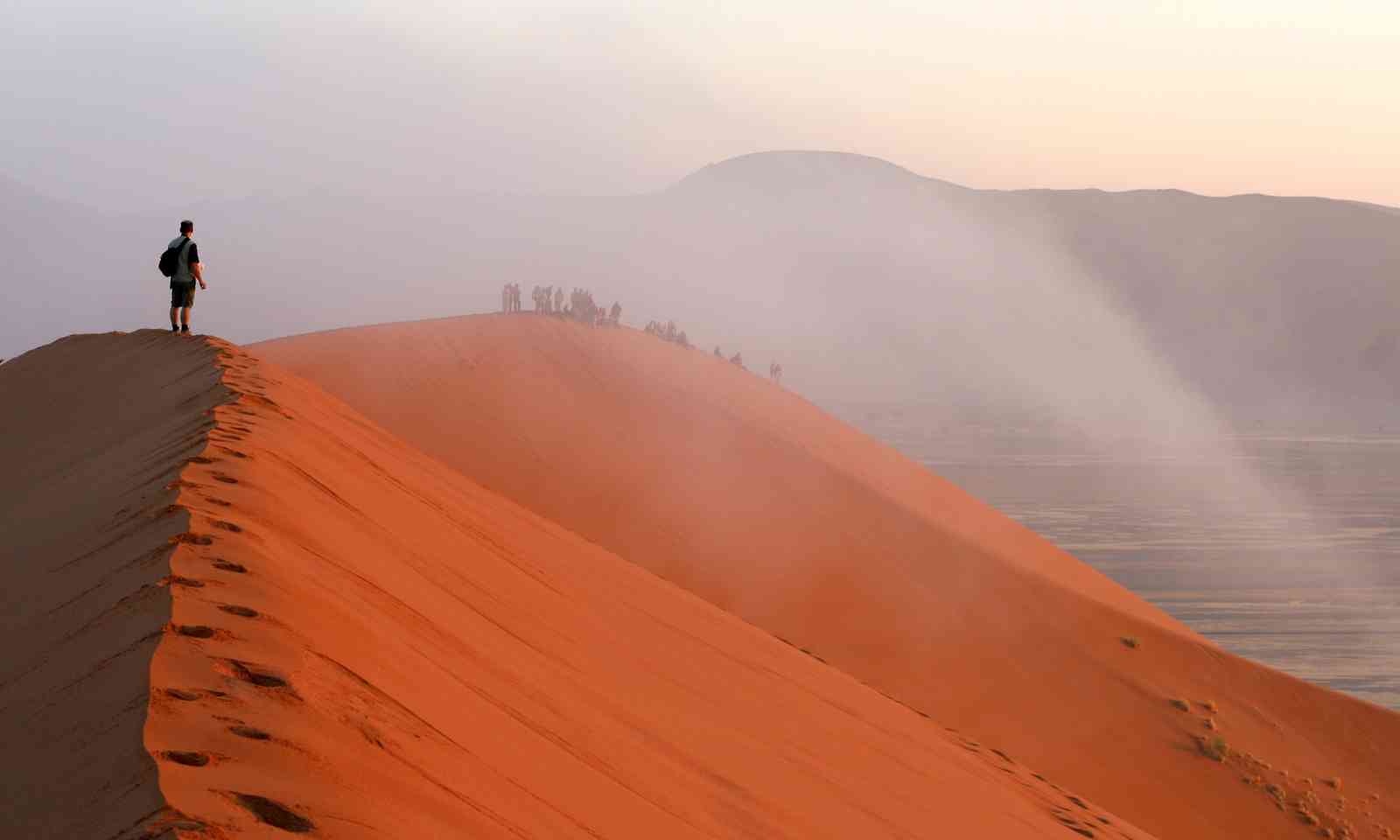 Most days you can get away with light, loose-fitting clothing. But at night you’ll need something warmer. Polar fleeces are ideal, and a light, but waterproof, jacket will come in handy too. It is best to dress in layers, taking them on and off as the weather in Namibia changes.

Tony Park is an international author, based in South Africa, whose thrillers are often set in the wildlife reserves of Southern Africa. You can find out more about his latest novel, Red Earth, published by Pan Macmillan, on his website or order his books directly from Amazon.