Latvia’s third-largest city has history, great food and a stunning eight kilometre-long beach. It’s incredibly affordable, too. Get there before the secret is out...

1. The city beach is beautiful and empty 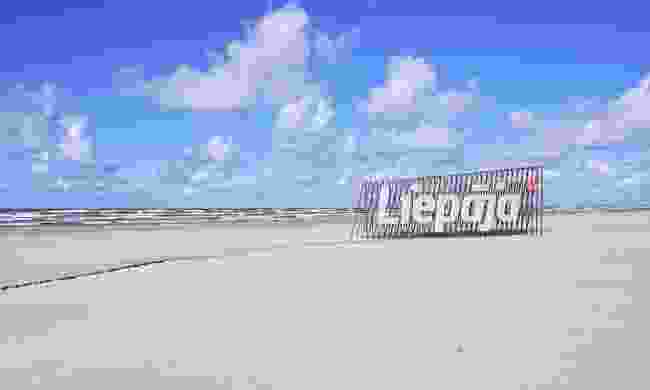 Set on Latvia’s ruggedly beautiful west coast, Liepāja is home to one of the best white sand beaches in the Baltics. Eight kilometres long, and 50 to 80m wide, it is easily reached from most parts of the city. Just head towards the sea and after a ten minute walk you’ll be there.

The beach is backed by a peaceful landscaped park, first established in 1899 and home to 173 species of trees, including a stand of 58 European black pines. You’ll also find a concert stage, an Art Nouveau fountain and a skating park.

The beach, however, is the star attraction – a gorgeous stretch of fine white sand that continues as far as the eye can see. It gets busiest around the section closest to town: that’s where the bars and cafes and changing rooms are, as well as a giant, Instagram-friendly sculpture of the city’s name. But head north or south for a 100m or so and chances are you’ll get a stretch of the Baltic beauty, pretty much to yourself.

2. It’s the music capital of Latvia 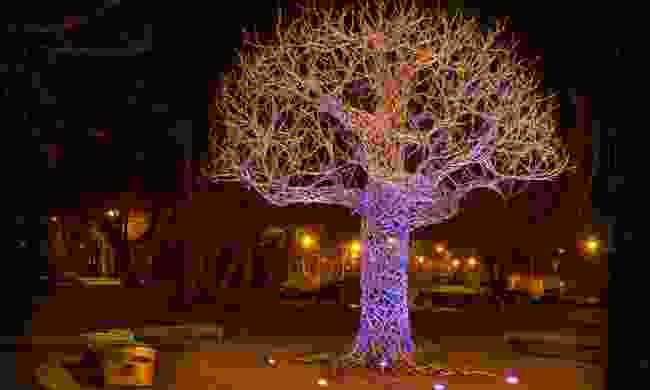 Liepāja is a musical town. Home to the largest music college in Latvia, Liepāja is buzzing with music and musicians. Many of the students gig in local bands, playing in cafes and night spots, including the eccentric Wictorija (pronounced Victoria), an old Soviet cinema that has been turned into a bar, rehearsal space and venue. Musicians are always dropping in and out to check out the scene – I spotted one of the judges from Latvia’s version of The X Factor when I was there.

The city has a long musical tradition. The Soviet Bloc’s first music festival was held here, a kind of Latvian Woodstock. And on Stendera Iela, you’ll find both Riga’s first Rock Cafe, as well as a 'Walk of Fame', featuring the hand prints of Latvia’s most famous musicians.

Liepāja is also the home of Līvi, Latvia’s most beloved rock bands. They formed in 1976 and were famous for their poetic lyrics and searing guitar breaks. A striking metallic sculpture has been built to commemorate them in Liepāja Beachside Park, a six metre-tall ghost tree, featuring hidden instruments in it branches.

The cobblestones surrounding it are inscribed with the names of the band’s most famous songs. Press the buttons on the wooden benches that surround it for a blast of Līvi’s most famous tunes. Hang around after sunset for the light show.

3. The food is foraged and fresh 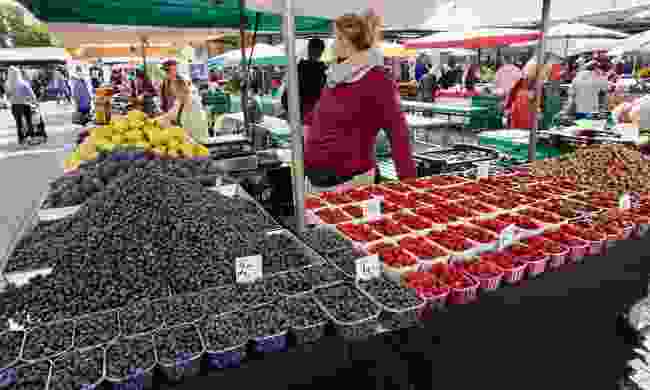 Local berries for sale at the Tirgus market (Peter Moore)

Liepāja boasts a burgeoning foodie scene. From affordable high-end dining at the likes of Mo to the rustic charm of the Old Captain’s House, there’s something for everyone. Most of the ingredients are incredibly fresh and locally sourced.

Head down to the local market at Tirgus and you’ll see table after table groaning under the weight of berries and mushrooms, foraged in local forests, and seasonal vegetables grown in local farms. You can buy birch water by the litre too, a popular tonic in these parts.

If you’re on a budget, try one of the Businessmen’s Lunches offered by many of the restaurants and cafes in the city. Pre-prepared so they can be served quickly and wolfed down by office workers in a hurry to get back to their desks, the food is cheap, delicious and surprisingly sophisticated.

The menu at the charming Roma Cafe is one of the best, with a substantial lunch of creamy courgette soup, a main of grilled pork medallions and dessert of ricotta and berries costing less than €8.

4. The beer is pretty good, too A selection of Latvian IPAs at Miezis & Kompanija (Peter Moore)

While Latvia’s wine industry still has some way to go, the excellent Abavas Winery the notable exception, the micro brewery scene in the country is thriving.

Labietis is probably the best known Latvian boutique brewery but the beers created by the gypsy brewer, Nurme, are becoming increasing popular. (In Latvia, a gypsy brewer is one without its own brewery and uses other breweries’ facilities instead.)

For an overview, head to Miezis & Kompanija, set in an old industrial building down by the port. They offer tasting menus of Latvia’s best and most exciting beers – all listed on a chalk board on a wall in the suitably hipster bar.

The prices are incredibly cheap, so if you’re struggling to choose, have a word with Jānis, the manager. He has an encyclopaedic knowledge of the Latvian beer scene and will happily steer you towards the beer that is just right for you.

5. There’s a historic Soviet military base to explore The ruins of the Northern Fort in Karosta (Peter Moore)

Karosta is an old naval base in the north of Liepāja, constructed between 1890 and 1906 as a naval base for the Russian Tsar Alexander III. During Soviet times, it served as a base for the Soviet Baltic Fleet and for many years was off-limits to both visitors and locals alike. The Soviet military finally decamped in 1994, leaving Karosta largely uninhabited and its structures falling into ruin.

Today, life is slowly returning to the town. The old military prison has been turned into a museum, offering informative tours and giving visitors the opportunity to sleep over night. The incredible Naval Cathedral, with its distinctive gold-plated onion domes, is once again the centre of Orthodox life after spending much of the Soviet period as a gymnasium. And the old water tower, built in 1905, has been restored.

One of the most surreal sights in Karosta are the remains of a Tsarist Fort, crumbling into the sea along the town’s northern beaches. Built in 1908, they were immediately declared unusable and abandoned.

Attempts made to destroy them were unsuccessful and it is only now, a century or so later, that the effects of nature is taking its toll and the buildings are falling into the sea. On a cloudy day, when the sky is gun metal great and the sea an eerie blue, they make an ethereally beautiful sight.

For more information about Liepāja and Latvia in general, visit Latvia Travel

Even more reasons to visit Latvia: