From swimming in bogs to canoeing through forests, here are eight adventures to experience in the compact Eastern European country of Estonia 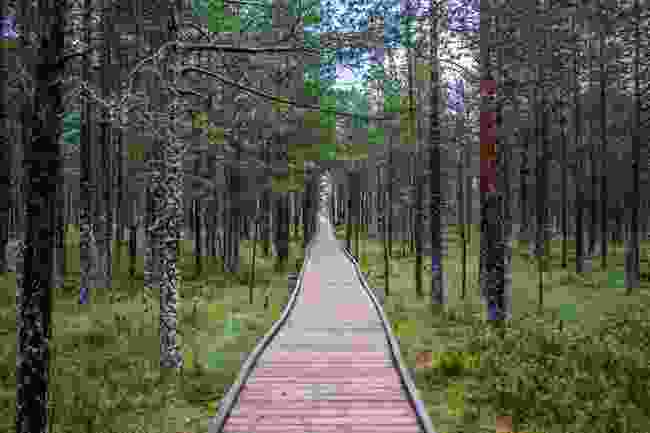 Covering one fifth of Estonia, the country’s most ancient bog dates back 10,000 years. The uninhabited bogs are seen as places of peace and mystery, making them a poignant part of Estonian folklore. Visit at sunrise or sunset, when the dwindling light makes the already mystifying area even more enticing, and you may see animals that have adapted to live in the bogs. Visit in autumn when the landscape becomes a palette of reds, browns and yellows, and the water has not frozen over yet, as it does in winter. The Kõrvemaa bog tour explores Northern and Southern Kõrvemaa, which are known for their untouched hills, forests and lakes. Follow the boardwalk paths or don specially adapted bog shoes for a walk in the wetland. Discover how the bogs were formed and their cultural significance, or go for a swim in a bog lake.

2. Relax in a smoke sauna 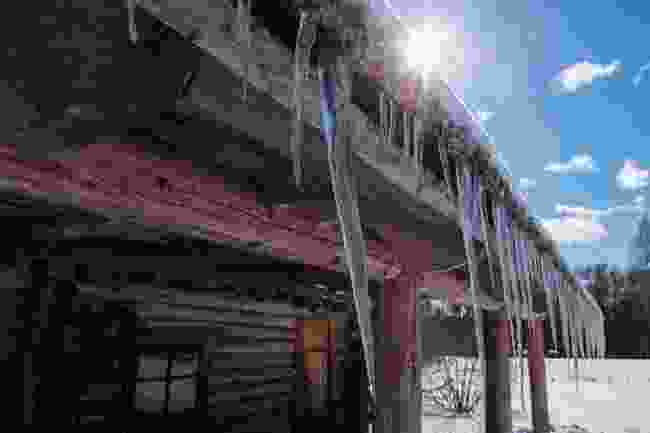 Estonia’s smoke sauna tradition originated in the 13th century and it’s so unique and important that it has been placed on UNESCO’s Intangible Cultural Heritage List. The tradition originated in the southernmost Estonian community of Vōromaa, with many of the country’s popular spas continuing this practice. Sessions last between three and five hours. Bathers usually beat their bodies with a whisk made from tree branches, which exfoliates their skin and helps stimulate blood circulation. During the experience, the smell of burning wood is complemented with aromas of meat being smoked in the saunas, as well as birch and honey. After the ritual, people cool off outside and rinse their bodies with cold water. Many spas have a cold pool next to the smoke saunas especially for this purpose.

3. Canoe in the ‘fifth season’ 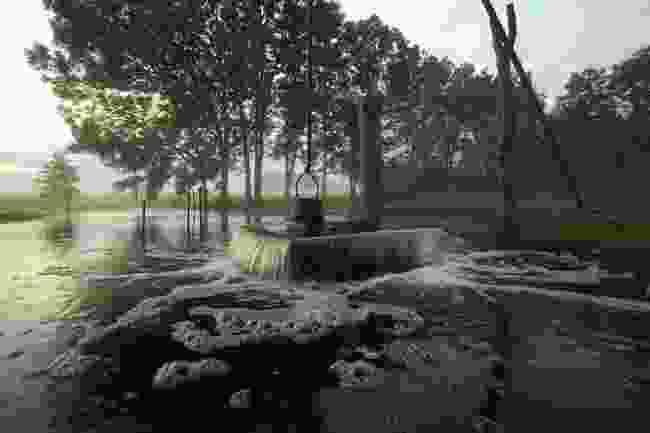 In between winter and spring each year, Estonia experiences an unusual fifth season. There is a temporary rise in water levels due to thawing snow, which creates an annual flood. The floods create new water paths on roads and throughout the forests, which can be enjoyed on boats or in canoes. This unique season is best experienced in Soomaa National Park, as those who reside close to the national parks have developed inventive ways to enjoy this unusual time. A particular highlight during this time is Tuhala Witch’s Well. Named as the Wonder of Estonia in 2012, the well overflows from late March to early April, creating a flow of 100 litres per season. This ancient phenomenon is thought of as a natural spectacle and is mesmerising to watch. 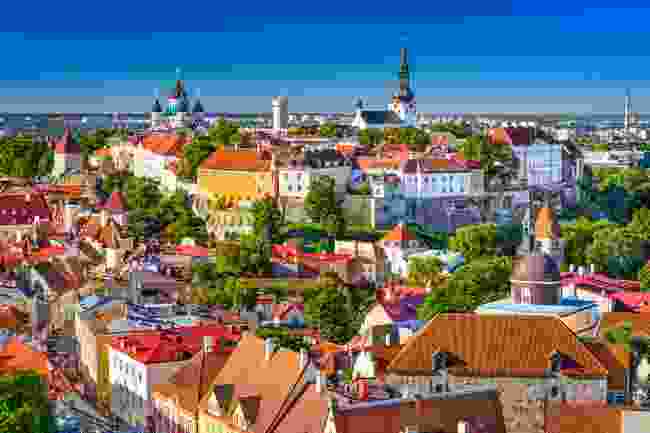 Considered to be one of Europe’s best preserved medieval cities, Tallinn is also a modern and vibrant cultural hub, with galleries, restaurants and shops. Telliskivi Creative City in Kalamaja is a must-see if you’re interested in art. Once an abandoned factory area, the location has been reclaimed as an urban space and now houses the country’s biggest artistic hub. It is home to 200 independent businesses, as well as colourful murals. Take a trip to the PROTO Invention factory, which uses the latest technology to enliven prototypes of incredible inventions throughout history. As a coastal capital, Tallinn offers the perfect balance between a city break and seaside visit. Enjoy a beachside meal at a contemporary restaurant such as Noa, which serves delicious food with scenic views. 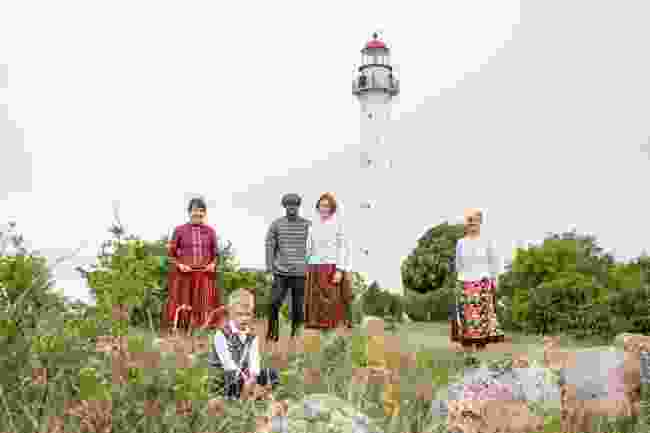 You will find over 2,000 islands off the coast of Estonia, all with their own charm, beautiful landscapes and history. A visit to the islands allows you to escape to a tranquil and authentic setting that is just a short ferry ride from the mainland. Covered in pine forests and juniper groves, as well as the beautiful Järve beach, Saaremaa – just a 30-minute ferry crossing from the mainland – is the biggest and one of the most popular islands to visit. Don’t miss the island’s Kaali meteorite crater field, which is Europe's first scientifically proven meteorite crater.

Estonia’s seventh largest island, Kihnu, is famed as the women’s island, and it’s a short ferry trip from Pärnu. Inhabited by a community of fishermen and seafarers, the men of Kihnu spend a great deal of their time at sea, leaving the women as the keepers of the island’s heritage. The culture here is intrinsically connected to the islanders’ close relationship to the ocean and is recognised as part of UNESCO’s Intangible Cultural Heritage List. Discover the local traditions by taking a boat trip with a local fishing leader. 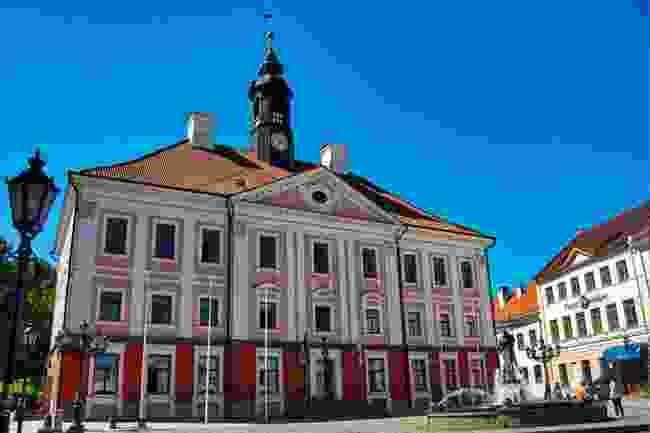 Just over two hours’ drive from Tallinn, Estonia’s second city, Tartu, is a hub for intellectual and creative activity. Named as European Capital of Culture in 2024 and home to one of Northern Europe’s oldest universities, the University of Tartu, the lively city is known for its student hang-outs and academic culture. Upon your arrival into the city centre, you are greeted by a statue of kissing students in front of the Town Hall square in Raekoja Plats, signifying Tartu’s youthful element.

As a hub of intellectual ideas, Tartu has a wealth of museums such as Tartu Art Museum, the largest gallery in southern Estonia. As well as housing a diverse collection of post-18th century Estonian and foreign works, the building itself is a point of interest, as the Leaning House tilts to one side at a greater angle than the Leaning Tower of Pisa. 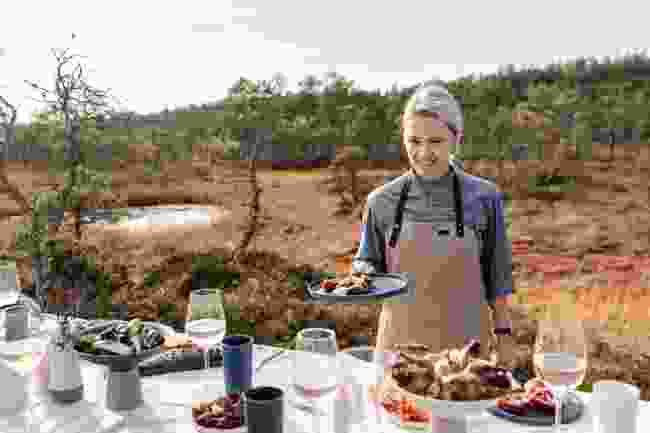 Berries and mushrooms are prevalent in Estonia’s marshes, bogs and forests, and as Estonia has an abundance of forests, it is no surprise that foraging is an important part of its food culture. Led by an experienced forager, visitors can hike to find the best natural delicacies. Discover how to find berries and mushrooms, as well as what to pick and what to leave and where to store produce for the winter. The tours take place from the middle of July to October.

Visitors should also visit one of Estonia’s high-quality restaurants or experience a chef’s table, where chefs create a unique menu with the forest produce they receive from the farmers. Centred around seasonal food, these dinners are a special introduction to Estonian fine dining and cuisine, where the landscape of the country is evoked through a tailored menu. 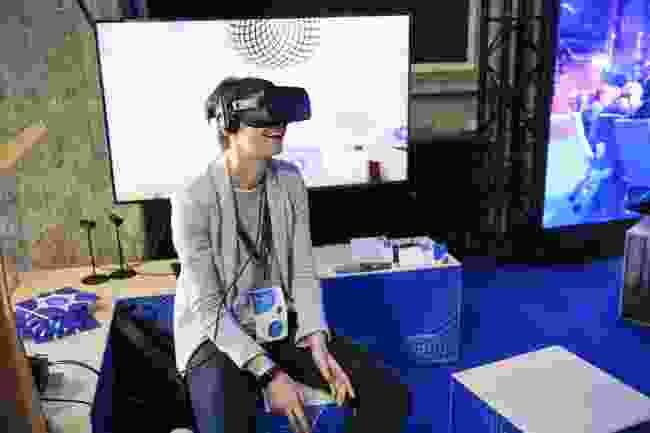 Named by Wired magazine as the world’s most advanced digital society, the digital infrastructure of Estonia is unparalleled. Estonia has successfully built an online ecosystem where 99% of all government services are available online. With more start-ups per person than Silicon Valley, Estonia is outpacing the rest of the world when it comes to technological development. One of Estonia’s most well-known digital inventions is Skype, which was created in 2003. In more recent years, fintech Transferwise, now renamed as Wise, is one of the most well-known start-ups to have originated in Estonia.

Visitors can take advantage of Estonia’s digital excellence by visit the virtual reality studio Mabrik in Tallinn, where you don a headset and experience a virtual adventure. Alternatively, hike around Naissaar island, starting from the Seaplane Harbour, with a downloadable digital guide. With one of the world’s best internet connections, even remote parts of the country are connected, letting visitors share trip highlights in real time.

A bizarre spa weekend in Estonia

10 things you didn't know about Estonia