A bizarre spa weekend in Estonia

From chocolate therapy in the capital city, Tallinn to smelly mud baths in the beautiful town of Haapsalu, these are the spa treatments on offer in Estonia... 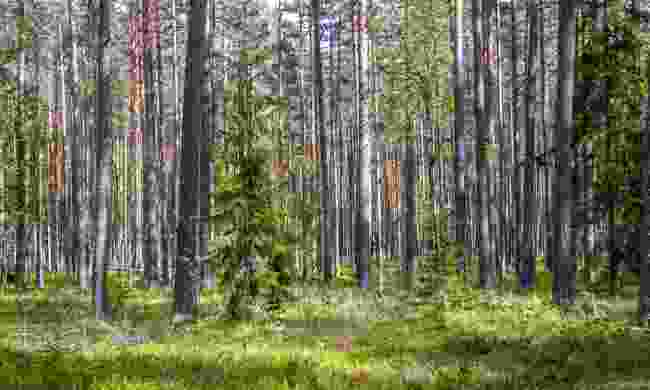 In the late 90s I lived for a while in Estonia. While the countryside was peaceful and covered with a forest rumoured to be growing faster than it could be chopped down, Tallinn – the capital – was under the same pressures as any other post-Soviet metropolis.

One way of unwinding was to visit Dorrit, a local masseuse who was convinced that her dead Doberman had been reincarnated in the form of her new poodle. She would punctuate her massages with comments such as: “There is a particular knotting in your lower right side – you must be very angry with a woman at the moment, no?”

I would have dismissed these ramblings as New-Age claptrap – except that Dorrit was invariably, spookily, correct. 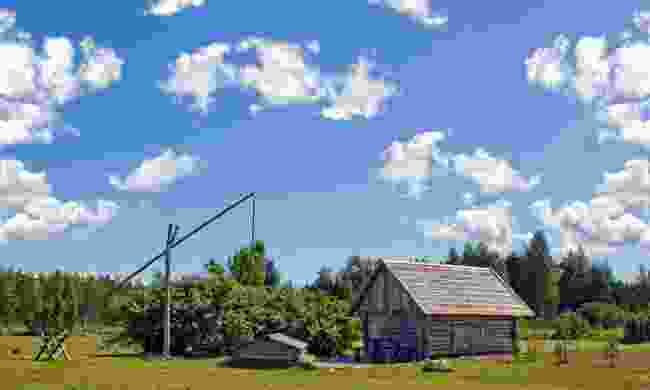 A historic sauna in Estonia (Dreamstime)

I could not find Dorrit on my recent visit to Estonia, but her spirit lives on. The country’s tradition of avant-garde health cures is well established. Sanatoria were built on the Baltic after the 1812 Napoleonic War for recuperating Russian officers, and the patronage of Tsar Alexander II half a century later confirmed it as one of the Russian Empire’s top rest centres. Baltic water and sea mud were deemed essential cures for anything from rheumatism to insomnia to inflammation of the sexual organs, and the habit of a restorative sojourn duly took off.

In the Soviet years there were health spas for politburo members, KGB men and prize-winning Stakhanovite factory workers who strained and blistered their way through an entire year for a brief but prestigious bout of relaxation.

The spa culture seems an extension, too, of the Estonian outdoor life. Accounts from the 19th century and between the wars describe a country still largely in existence today: a peace-loving nation given to forest frolicking, nude bathing and saunas. 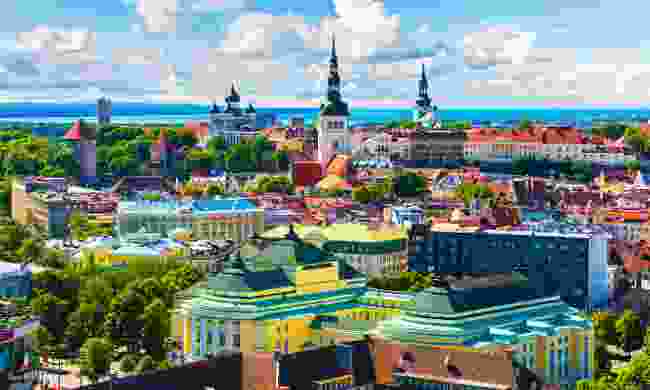 But if these customs remain unchanged, the spas themselves are going through a slick modernisation, part of an equally traditional Estonian rage to be ruthlessly up-to-date in what they know they do well. A Soviet austerity has, in many places, been jettisoned for a New Age ambience of scented candles, essential oils and dolphin music. If not quite Lenin’s ‘opiate of the masses’, it certainly seems to be doing the job for an affluent minority.

Any visit to Estonia, for health reasons or otherwise, will doubtless begin in Tallinn. Though for some the walled, turreted and cobbled Hanseatic port is becoming too much of a medieval theme park, its churches, monasteries and cafés make for an atmospheric weekend, particularly during the white nights of the summer.

Kalev, the old town’s Soviet-era sports hall, has been turned into a water park, health spa and hotel, and I checked in for a session of chocolate therapy, a sweet warm-up to the traditional mud bath I knew I’d take later. 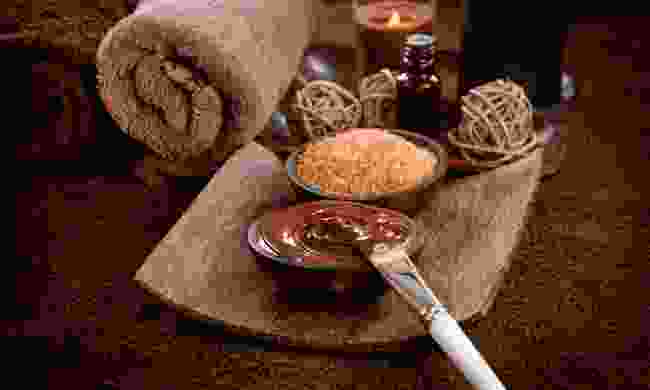 Chocolate therapy, like many faddish things, is gaining a reputation in Estonia, and locals I told about it were wistful and curious. Chocolate, the spa receptionist informed me, could stimulate the nervous system, pep up the intellect and burn away fat; it also contains ‘the happiness molecule’. My suggestion that I could save money by having a basic massage and eating a bar of Galaxy afterwards was treated with Nordic disdain.

In a candlelit room I was asked to strip, don a thong and scour myself with body scrub. Minutes later hot liquid chocolate was applied to almost every part of my body, I was wrapped up in plastic and then left to suppurate. I felt like a cross between a basted chicken and Augustus Gloop receiving justice. Occasionally the masseuse would return to caress my head and tug, quite painlessly, at my hair.

In a city not unknown for vice, I had found perhaps the only place in town I could get semi-naked, covered from head to toe in cocoa, receive an all-over female kneading and still have nothing I couldn’t tell my girlfriend. And they were definitely right about that happiness molecule: I enjoyed a good five hours of euphoria afterwards. 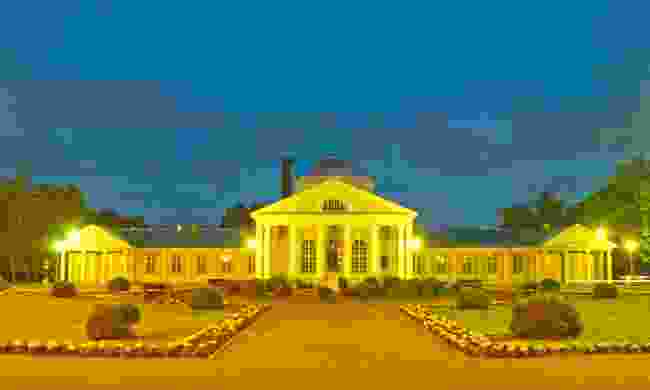 A mud bath in Pärnu (Dreamstime)

Kalev spa is one of a number of new health centres thriving in the capital. However, the real recuperation resorts in Estonia are found a couple of hours away on the west coast, in the seaside towns of Haapsalu and Pärnu. While Pärnu, the ‘Estonian Riviera’, is spawning state-of-the-art flagship spas, Haapsalu has Sanatorium Laine, a quirky Soviet throwback. Here, a clinical atmosphere of linoleum, white coats and arcane equipment is cheered up by the friendliness of the staff and its seaside setting.

Armies of elderly Finns come for extensive curative packages, often as a yearly habit. You can’t blame them – Haapsalu is a picturesque place, like a backdrop for a Bergman costume drama. An endless promenade overlooks the Baltic, which glimmers like a vast pewter plate. Alongside it is the Kuursaal, a slatted, 19th-century concert hall and café surrounded by a cluster of wooden houses in yellow, duck-egg blue and apple green. Tchaikovsky, from his 20s onwards, was a habitué of Haapsalu, and there is now a seafront stone bench in his honour which, when you sit on it, plays a snatch of Swan Lake. 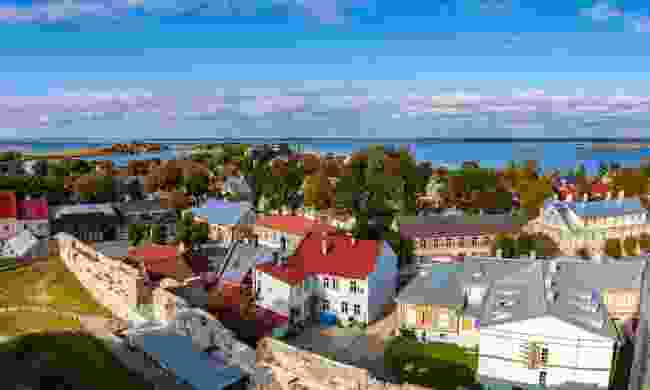 The lovely town of Haapsalu (Dreamstime)

For more than a century Haapsalu has been famous for mud baths, which is why I was here. What nobody told me, though, was that in the great genealogy of smells, sea mud is twin brother to pig poo. The dismay I felt on seeing a great puddle of the stuff spread out on a plastic sheet and being told to sit naked right in the middle of it, was acute.

Once again I was coated, trussed and immobilised, and blankets were piled on top of me to keep the mud warm. I could feel great wads of the fetid guck between my fingers, and of course within seconds my nose began to itch. My mud session ended without regret.

Mud must be a miracle cure – why else anyone would choose such smelly degradation when they can be marinated in chocolate is beyond me. Perhaps one brown substance will usurp the other. I could discern no happiness molecule in mud, and for the rest of the day I stank.

I recovered in Laine’s restaurant, where I found Duck Wellington, eight kinds of vodka, cigars and waiters tolerant of livestock odours. I was reassured to see that, if the Estonians have a reputation for health cures, they are equally good at providing the need for them.

Coffee and brandy arrived, and the toxins came flooding back. I greeted them as the kind of neighbours who wear you down, hardly ever go away, and always return with a ruckus, but whose existence you can’t imagine life without. Your good health. Or, as they say in Estonia, Terviseks! 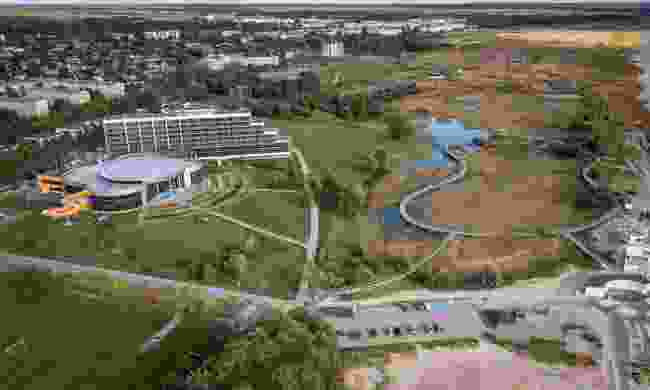 The Laine (Sadama 9/11, 90502 Haapsalu) is an ex-Soviet sanatorium overlooking the seafront.

Kalevspa Hotel (Aia 18, 10111 Tallinn) is a pin-new spa and hotel on the edge of Tallinn’s Old Town; rooms are slick and well-equipped if a little spartan.

Here's everything you need to know before going to a hammam

Or how about trying an onsen in Japan?

Have a look at these top spa, yoga and spirituality retreats