The most inspiring and colourful Pride festivals in the world

Starting as a protest against the Stonewall Riots, Pride has transformed instead into a celebration of the LGBTQ+ community around the world. Expect rainbows, glitter and general sense of euphoria... 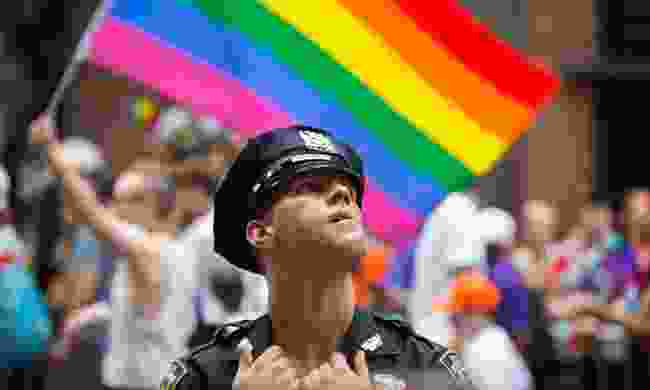 The New York Pride march is the oldest in the world, starting back in 1970 to commemorate the Stonewall Riots the year before.

It is also the largest, with thousands of participants from around the world and many, many more lining the route from Lower Manhattan to Greenwich Village. The route passes the Stonewall National Monument, the first National Moment dedicated to LGBTQ+ rights and history.

The march is only one part of the celebrations. There are five other events focusing on the key aspects of the LGBTQ+ experience, including Family Night, the Rally & Fantasy, VIP Rooftop Party, Tease & We Party, Pride Fest and the March & Dance on the Pier. 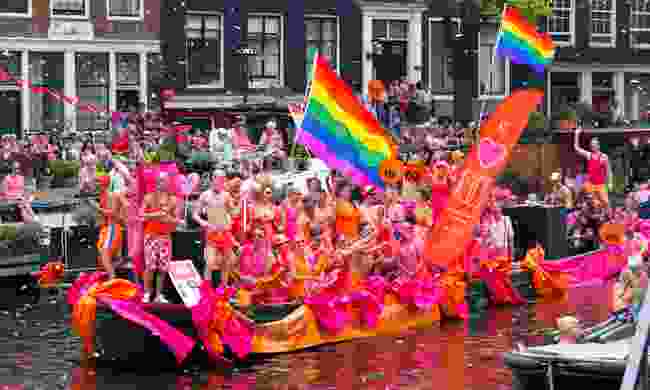 Pride Amsterdam is held over the first weekend of August, offering a packed calendar of concerts, street parties and family events.

The highlight is the Canal Parade, where more than 80 boats take to the city's famous waterways, riotously decorated and jammed with brightly dressed revellers. Festivities end with a giant party on Dam Square. 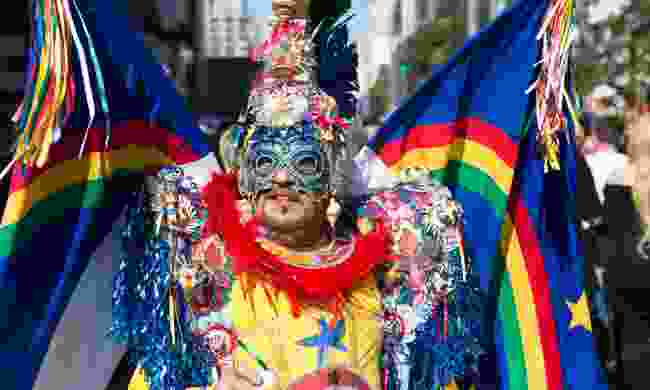 Bringing a touch of Carnival to São Paulo Pride (Shutterstock)

The São Paulo LGBTQ+ Pride Parade is recognised by the Guinness Book of World Records as one of the largest in the world. This being Brazil, it is one of the most colourful, with a distinctly carnival vibe. It's almost three miles long.

Strongly supported by both local and federal government, many politicians clamber for a role on one of the colourful floats. Despite a more conservative government in power, the parade continues to flourish. São Paulo has always been a city apart. 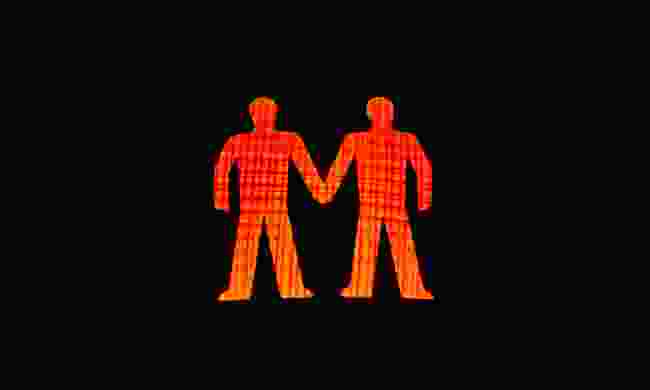 Even the traffic lights are changed during Pride in Madrid (Shutterstock)

And can you blame them? It is one of the biggest Pride celebrations in Europe, leaving a trail of tinsel and glitter from the city centre to Plaza de Colón. 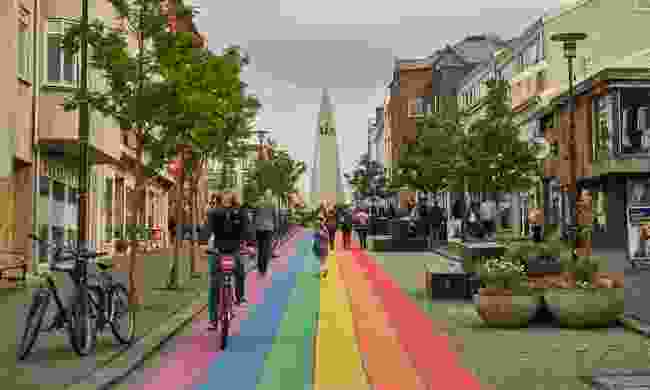 Known as the ‘Biggest Little Pride in the world’, this colourful event brings tens of thousands of people into the city centre every year to celebrate and show solidarity with the LBGTQ+ community in Reykjavik.

People of all gender identities, friends, relatives, and a fast growing number of tourists, all come together to celebrate and support universal human rights.

Reykjavik Pride has been celebrated annually since 1998. This cosy little Pride was originally visited by some 1,500 onlookers. These days, more than 200,000 people turn out for the parade – pretty impressive, given that the national population is only 500,000. 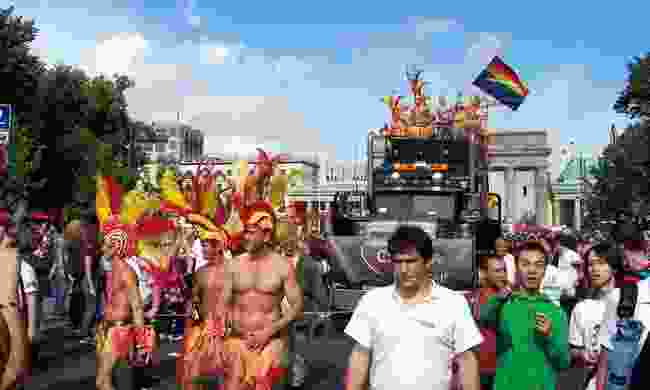 Pride celebrations in Berlin are a little different from the rest of Europe. Sure, there are parties and concerts, colourful costumes and glitter. But there is a strong, underlying political message as well.

That focus can be seen in the event’s title, CSD Berlin. CSD stands for Christopher Street Day, the street where the Stonewall riots occurred, and the Berlin Parade is as much a protest as a celebration. A reminder that things gave changed for the better, but there is still work to be done. 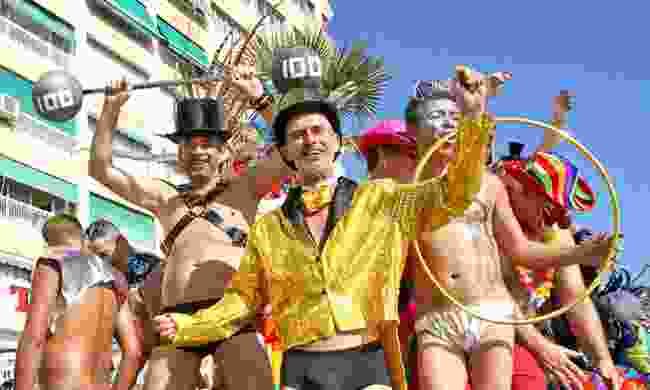 It may be the new kid on the block, but Benidorm’s Pride celebrations are putting the focus back on fun. Its slogan is ‘Fun, Friendly, Flirty!’ and the week-long festivities in September are a giddy cavalcade of street parties, discos, street parades and novelties.

Don't miss the famed High Heel Race, where the town’s most vivacious drag queens try to sprint down Calle de la Alameda, without breaking their heels. 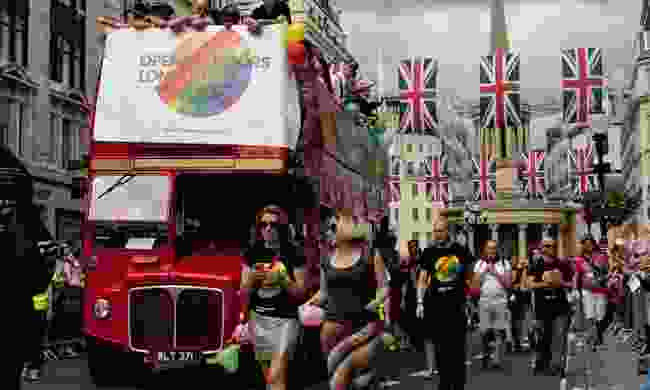 Pride on the streets of London (Shutterstock)

The UK’s biggest and most diverse Pride, Pride in London is a month long celebration culminating in huge parade and free concert in the city’s iconic Trafalgar Square.

The emphasis is on inclusivity, with special events for LGBTQ+ youth and families, as well as the usual all-night discos, exhibitions and theatres events. One of the oldest in Europe, Pride in London continues to fly the rainbow flag with gusto. 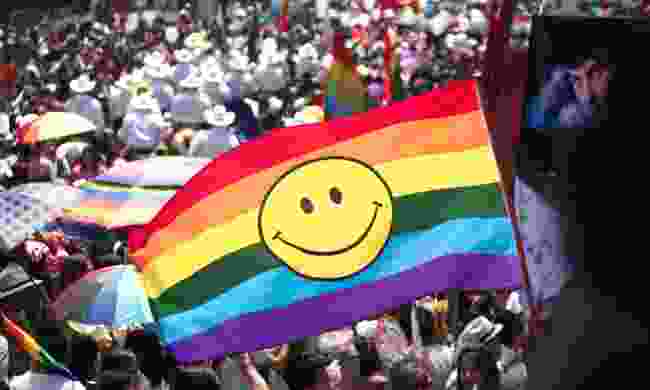 On the way to the Zocala during Mexico City Pride (Shutterstock)

Billed as the ‘largest, wildest and most fun’ Gay Pride event in Latin America, Mexico City’s Pride March starts at the soaring “Angel of Independence” victory column in Zona Rosa and ends with an all-night party in the city’s iconic Zocalo.

Already well known for its lively gay scene, Mexico City really turns it on during Pride. Little wonder than people come from all over the world to join in on the fiesta.

12 funky festivals around the world

Mask festivals around the world

10 quirky American festivals you must visit