Midsummer is just around the corner. Discover the weird and wonderful ways that different cultures celebrate the longest day of the year, 21 June...

1. Build a bonfire to burn a witch, like the Danish 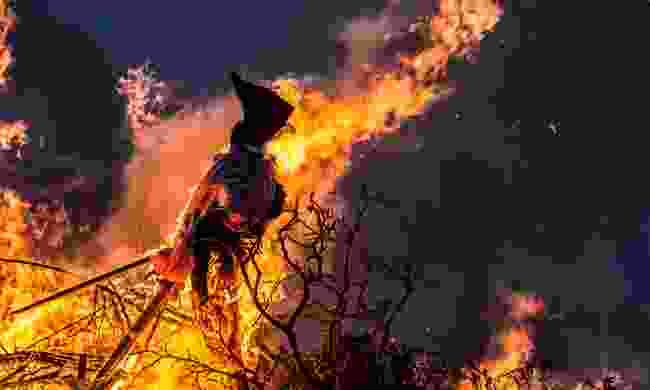 Burning a witch effigy is a Danish midsummer tradition (Dreamstime)

This is a recurring feature in almost all celebrations. The central belief is that the fire deters evil spirits who roam freely as the sun turns south.

People in Estonia and Latvia believe that the fire scares mischievous harvest-ruining spirits, so the bigger the fire the further away the spirits keep (so the better the harvest will be). Estonians believe that not lighting a fire invites fire into the home, causing devastation.

In a similar vein, many customs also include burning a witch figure on top of the fire, usually made from straw and cloth, as it is believed that witches convene on solstice night. According to Danish folklore, this meeting occurs on Bloksbjerg, the Brocken mountain, and the burning 'sends the witch away'.

Jumping over the bonfire is a popular tradition in places such as Croatia, Lithuania, Latvia, Estonia, Russia and Spain. In Spain, they shout 'meigas!', meaning 'witches off!', to bring prosperity.

Bulgaria has its own version of jumping over the fire with their Enyovden celebration (taking place on 24th June), which they believe marks the start of winter. Participants join a fire ritual involving dancing on smouldering embers, called Nestinarstvo.

Celebrations are held on Casper Mountain in Wyoming, USA, too. Revellers throw a handful of red soil into the bonfire, and believe it grants a wish.

2. Collect herbs and have a dance, like the Swedish 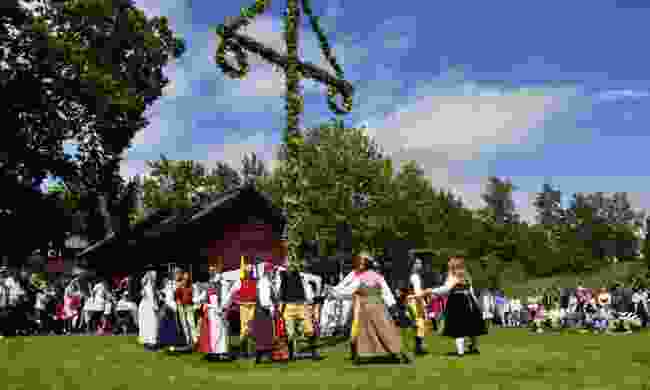 These traditions stem from ideas of fertility, and the quest to find a husband or wife. Collecting summer flowers and herbs on the solstice evening, especially those believed to have potent medicinal properties, such as St John's Wort, are common activities.

These bunches are hung in doorways or left in water overnight, to wash with the following morning. In Norway and Sweden, it is believed that placing flowers under the pillow of a young girl will make her dream of her future love.

In many places, it is believed that anyone seeing the sun rise will be healthy throughout the year. Due to the belief that medical and magical herbs have more potency before dawn, female 'sorceresses' and 'enchantresses' go to gather herbs by sunrise to cure and make charms.

In Romania, they perform the drăgaica, where young girls dance around a central girl dressed as a young bride. 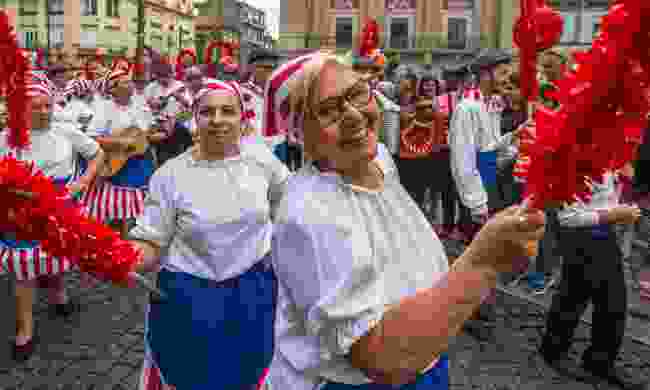 Celebrating at the Festival of Saint John in Porto, Portugal (Dreamstime)

One of the main reasons behind the solstice celebrations is the Christian marking of Saint John the Baptist's birth.

It comes under many different names such as Sankthansaften in Denmark, Jaanipäev in Estonia and Noite de São João in Portugal.

One of the only saint's days to celebrate the birth of a saint, rather than the death, it is dated thus due to the Gospel of Luke in the Bible stating Saint John's birthday to be six months before Jesus's.

Brazil's Festa Junina is a huge celebration in which regions compete for the biggest parties. Although it does not celebrate the solstice (as it's actually their shortest day of the year), they will also celebrate the birth of Saint John.

It includes all of the bonfire, dancing and flower collecting traditions of solstice celebrations in the Northern Hemisphere - but they also erect a pau-de-sebo (maypole) and celebrate marital union.

The celebrations usually take place in a thatched-roof tent called an arraial. Men dress up as farm boys with large straw hats and women wear pigtails, freckles, painted gap teeth and red-checkered dresses, all in a loving tribute to the origins of Brazilian country music and their family beginnings.

Similarly, Portugal holds a street party with balloons and brightly coloured paper decorations. Strangely, they also bang each other over the head with rubber hammers for good luck.

In Russia and Ukraine, revellers make wreaths of flowers and throw them into the water, attempting to tell their futures from the wreath's movements.

4. Practice ancient rituals (virtually!) at Stonehenge or in Bolivia 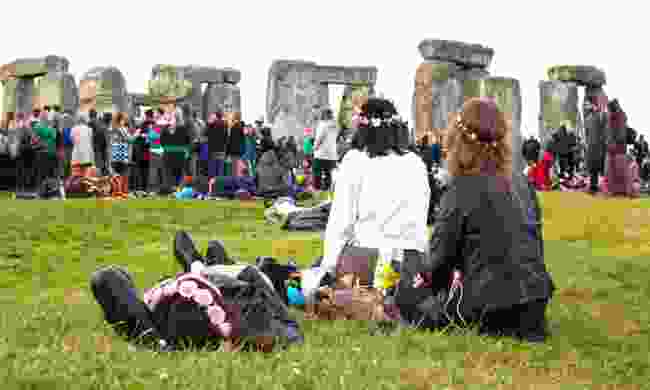 Mark the 'new year' with the Aymara people of South America, or join the new-age druids at Stonehenge in the UK.

The Gate of the Sun is a pre-Columbian stone monolith in Bolivia, South America. Located near Lake Titicaca it has engravings of religious symbols and Gods from the Tiwanaku culture from over 1,500 years ago.

One of these engravings depicts what is thought to be a sun god due to the rays around him, but it could also be the Inca god Viracocha (the creator). On the winter solstice, 21 June, the sun's rays shine through the Gate.

Stonehenge in Wiltshire, UK, is perhaps the world's best known stone circle and again known for being aligned with the sun at the June solstice. Tens of thousands of people usually flock there to watch the sun rise from b hind the heel stone on the solstice, but in 2021 lockdown restrictions mean that it will be closed except to a few pre-booked druids and pagans. However, the sunrise will be livestreamed on the English Heritage Facebook page - watch the solstice sunset at 21.26 BST on 20 June, and the solstice sunrise at 04.52am BST on the 21st.

There is mystery about the specific origins and cultures surrounding the two ancient sites. Contemporary visitors develop their own rituals based around the same principles of water, fire, and celebration of nature as the Christian customs.