As every schoolchild worth their salt knows, the Dead Sea is the briniest lake on earth. But its waters and mud also offer unique spa experiences, as Gail Simmons discovers... 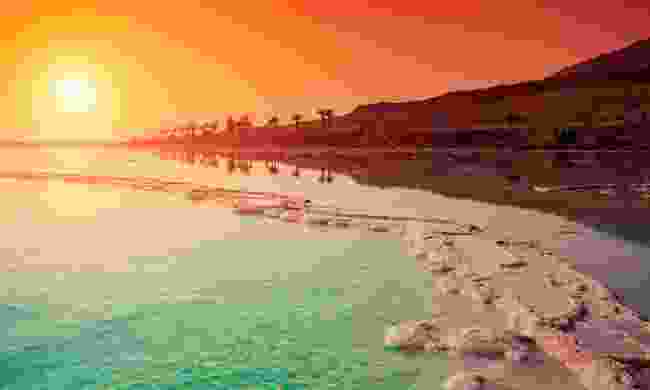 Sunset over the Dead Sea (Shutterstock)

Now I knew how an Egyptian pharaoh must have felt. Lying on a cold slab, smothered from head to toe in mud, shrink-wrapped in polythene and left alone while the mud dried, it was as if I was being mummified. Luckily, though, I was not being embalmed in ancient Egypt but undergoing a mud treatment in a 21st-century spa on the shores of Jordan’s Dead Sea – at 400m below sea level, the lowest point on earth.

I was not the first. Since before King Herod built a palace overlooking the lake as a place of retreat, people have been coming to the Dead Sea to take advantage of the curative properties of the salty, thermo-mineral waters and the thick, black mud found along the lake’s shores. The ozone-rich air is also good for you, as are the 330 days a year of ultraviolet-filtered sunshine which doesn’t burn the skin as you’d expect in the sultry temperatures of the Dead Sea basin. 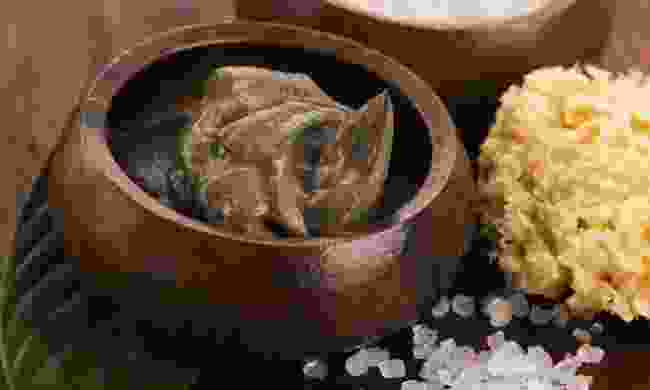 But above all it is the water and mud that has drawn visitors here for millennia. Containing 21 minerals – including 12 found in no other body of water in the world – their therapeutic properties have been well documented for centuries. The Dead Sea Spa Hotel was established specifically to use the mud to treat conditions such as skin complaints, rheumatism and circulation problems. It was here that I now found myself, in the capable if brisk hands of a white-coated nurse, trying out the mud cure for myself.

After half an hour, when I had set hard and couldn’t even move my face without cracking, the nurse returned to free me from my muddy tomb with soothing jets of warm water. Thankfully, I don’t suffer from any diagnosed health problem so couldn’t judge the medical efficacy of the treatment, but I could vouch for one thing – my skin felt wonderful afterwards: soft and smooth as a child’s. 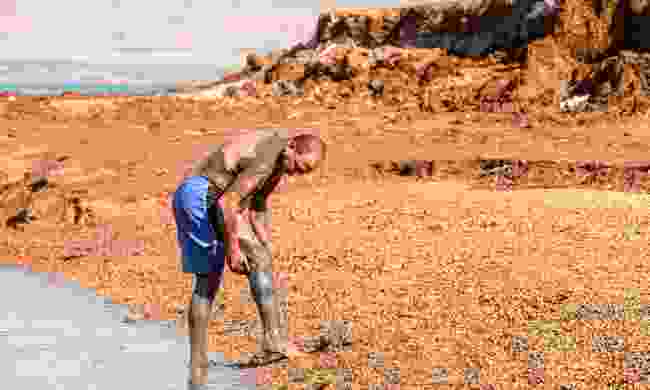 It is this aesthetic side-effect, as well as the unmistakable sense of wellbeing and relaxation that you get from staying near the Dead Sea, that has prompted the spate of new hotels and salubrious spas springing up along the lakeshore. The Dead Sea Spa Hotel was the original, an unfussy, family-run establishment that prides itself on the personal relationship it builds with its guests, many of whom return year after year for treatments.

Then came the Mövenpick Resort and Spa which, despite its international pedigree, has a distinctly Jordanian ambience: streets of traditional-style village houses are finished with stone and plaster. The gardens, planted with bougainvillea, oleander and ancient olive trees brought here from nearby Bethlehem, lead down to a terrace café near the lake where you can smoke an argileh (waterpipe) to the strains of Arabic music. Nearby, the Zara Spa offers a range of traditional Dead Sea therapies such as mud wraps, salt scrubs, hydro-pools and algae facials alongside more contemporary treatments such as shiatsu massage and facials. 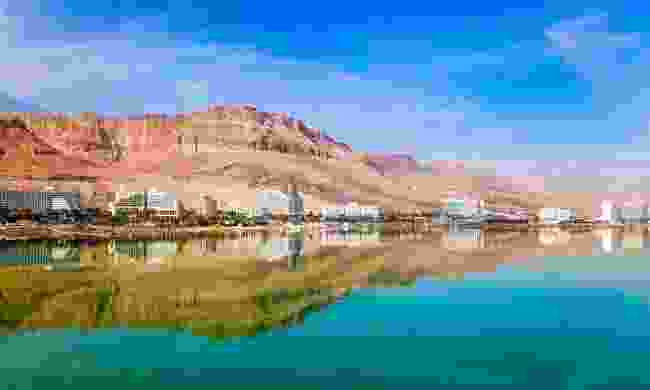 Next door, the Kempinski Hotel Ishtar was the first boutique resort on the Dead Sea. Designed in modern Babylonian style, the rooms, suites and private villas all face the Dead Sea itself while some are arranged around the lagoons, waterfalls and swimming pool. The Anantara Spa is one of the largest in the Middle East. With its 20 treatment rooms and Thai staff it combines time-honoured Dead Sea therapies such as mud rubs and salt scrubs with more standard beauty treatments, general pampering and even light cosmetic procedures.

Europeans, Russians, Gulf Arabs and some wealthier Jordanians book into the Mövenpick, Kempinski and nearby Marriott hotels. But to meet a varied selection of travellers and locals you can stay in one of the air-conditioned Mujib Chalets, situated on the shores of the Madash Peninsula near the entrance to the spectacular Wadi Mujib and nature reserve. Set away from the main hotel complexes, you can really absorb the natural grandeur and special atmosphere of the Dead Sea here, combining a hike in Jordan’s ‘Grand Canyon’ with a float and self-service mud treatment on the lakeshore.

Of course, the Dead Sea, with its history and Biblical associations, is so much more than spas and mud baths. I visited the Dead Sea Panoramic Complex, perched on the edge of the Zara Mountains overlooking the Dead Sea and Jordan Rift Valley. After a wander round the museum, exploring the fascinating natural history and human story of the Dead Sea, I relaxed on the terrace as the sun sank over the Jordan Rift Valley, glass in hand, awestruck at the view as the lights of Jericho and Jerusalem flickered gently over the Judean Mountains to the West.

Jordan boasts some of the world’s best hotels and spas – treat yourself!

This German chain has resorts in Amman, Aqaba and the boutique Hotel Ishtar on the Dead Sea, which offers ‘Refresh’ breaks at the luxury Anantara Spa. 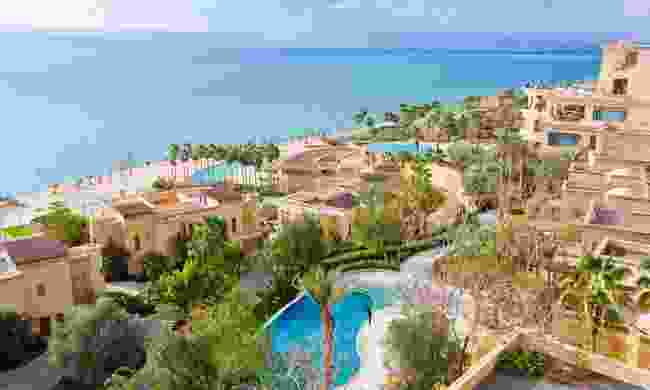 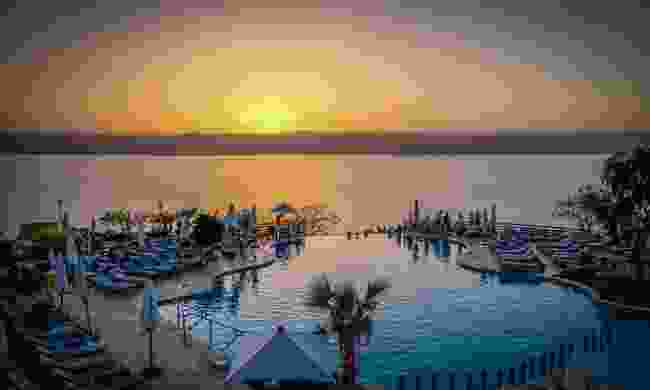 The sun setting over the Marriot(Shutterstock)

Marriott has hotels overlooking the Petra Valley and in Amman, as well as the Jordan Valley spa hotel at the Dead Sea – the first in the Middle East to switch to solar energy.

With hotels at the Dead Sea, Petra and Aqaba, the Swiss chain also has a luxury resort at exclusive Tala Bay on the Red Sea.

This innovative luxury chain places an emphasis on sustainable practices. At Jordan’s natural thermal resort of Ma’in, the spa incorporates the waterfalls of the thermal springs. 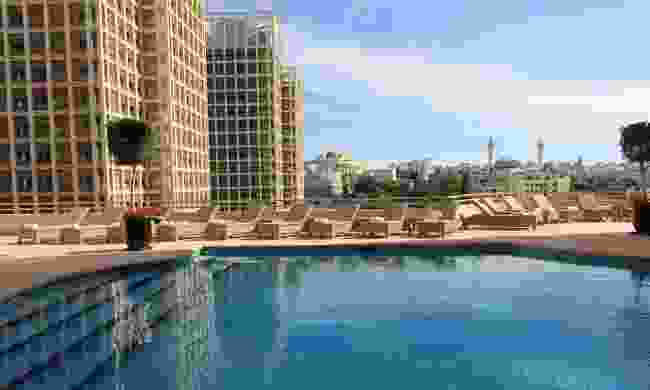 The swimming pool at the Hyatt (Shutterstock)

Located in the pleasant Jebel Amman district in the Jordanian capital, the Grand Hyatt is aimed at the business traveller but has a distinctive character, as well as a fitness centre, swimming pool and spa.

The dramatic hills of Amman form the backdrop to this luxury hotel. Its spa features Dead Sea salts, minerals and mud in its treatments.

Radisson’s resort at the upscale Red Sea complex of Tala Bay, near Aqaba, focuses on diving and other aquatic activities.

Here's the best things to do in Jordan

Here's why you need to visit Aqaba