The dos and don’ts of meeting Kyoto’s iconic geisha

With the Kyoto city council introducing huge fines to discourage tourists from hassling the city’s iconic geisha, Richard Farmer from InsideJapan Tours reveals how to interact with geisha with respect...

Japan’s geisha are cultural icons, famed throughout the world for their grace and dignity. They are highly skilled entertainers, gifted in the art of conversation, with a seemingly boundless knowledge of the proper decorum in any given situation. For centuries they have mesmerised, beguiled and delighted patrons with their parlour games, witty chatter, and their skill at conducting social events.

Their profession is all that remains of a bygone era, and if you’re lucky enough to travel to Japan you’ll have a chance to see – or even, for a select few, meet – a geisha.

Where can you see a geisha? 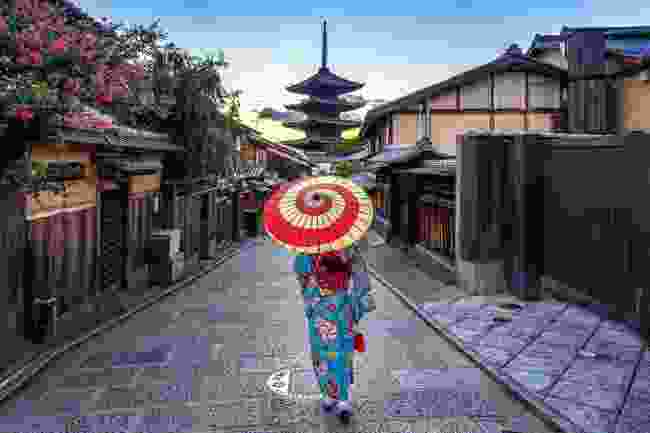 A geisha walking through the Higashiyama district (Shutterstock)

Kyoto is the place to go, specifically the Gion district. I’d recommend avoiding the famous Hanamikoji Street, which gets very busy these days – or at least paying only a fleeting visit. The nearby Shirakawa area is usually quieter, and more scenic (but keep that info for yourself!)

For visitors who want to experience geisha culture in Kyoto without fear of offending, I’d recommend getting tickets to one of the periodic public dance performances, such as the Miyako Odori taking place in spring. This isn't possible year-round, but it's a great experience. Even better would be to book an audience with an apprentice geisha. You’ll be able to chat with her about her life, watch her dance, and take pictures together with proper consent.

Although Kyoto is the home of geisha culture, there are other areas in Japan with small geisha communities. Kanazawa is home to the stunning teahouse district Higashi Chaya, and there are small revived geisha enclaves in Yokohama and Tokyo’s Fukagawa district, too.

Life behind the lipstick 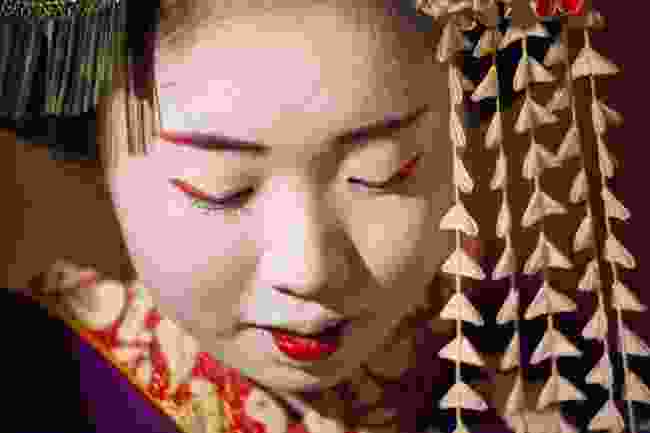 A would-be geisha will often start her training when she's 16 years old as a maiko - a trainee. She will then study prodigiously for the next five years, learning calligraphy, etiquette and poetry, as well as becoming proficient in several Japanese instruments and memorising extremely complicated dances.

On top of this, she'll learn how to talk ‘properly’, and how to navigate the complex society she inhabits. From the beginning of her training, she must look to make contacts and find clients to secure her future. It’s been this way for centuries, stretching back to the ‘dancing girls’ of feudal Japan.

Recent years have seen a resurgence in young women entering the profession, despite its challenges. Trainee geisha are always chaperoned, are forbidden from drinking until they reach legal age, and only get one day off a week. Maiko live with their ‘mother’ (the house mistress) and ‘older sister’ (a senior entertainer), who are responsible for their education until the maiko makes her debut at last, as a fully-fledged geisha.

Dos and don’ts: Proper etiquette around a geisha 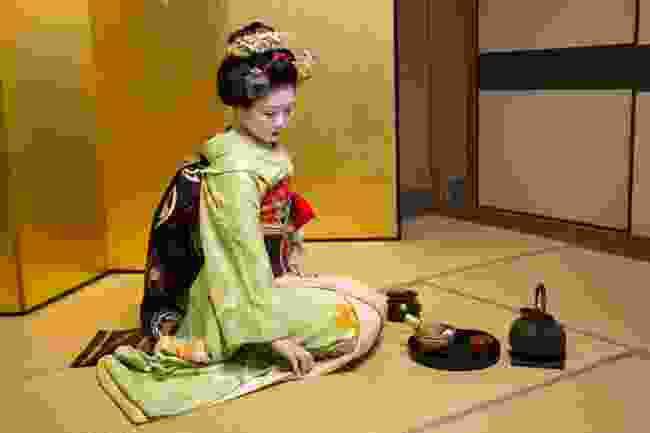 A geisha in a tea house (InsideJapan Tours/David Lovejoy)

Don’t believe everything you see in films

Hollywood drama Memoirs of a Geisha may have reignited the western world’s fascination with the profession, but Mineko Iwasaki, on whose life the story was loosely based, has publicly stated that both the book and its film adaptation are riddled with inaccuracies.

Besides the obvious reasons for not manhandling strangers in the street (i.e. it’s weird), geisha put in hours of work to perfect their appearance, and they don’t want their efforts scuppered. Plus, kimonos are often one-off designer pieces, and can cost upwards of £30,000!

Use your common sense when taking photographs

In Kyoto, the local authorities have put fines of up to 10,000 Yen (around £70) in place for anybody hassling geisha for photographs. Of course, politely asking for a photograph is okay – but often a geisha will be on her way to an appointment.

Many functions she will attend pay large amounts of money for her presence. So, it’s understandable that she may not have time to stop. Naturally, if they’re with a customer, all photography is a big no-no.

Mystery is a huge part of their profession, and it’s natural to feel curious as to the details of their comings and goings. Following them around, however, is disrespectful.

Don’t enter tea houses unless you're expected to attend

Come to think of it, don’t enter anyone’s house unless expected. Tea houses are very exclusive places, accepting only known patrons and their guests. If you’re looking gain access, it’s all about who you know.  We’re lucky; we’ve got a couple of contacts on the inside. For the average passer-by, however, Gion’s tea houses remain tantalisingly out of reach.

Pay attention to the signs

Around Gion district in Kyoto you’ll see signs prohibiting smoking and eating in the street, lounging/sitting in certain areas, and the use of selfie sticks.

These signs generally target foreign tourists who don’t understand Japanese etiquette and culture. All that is truly required is to be polite and respect others, as is so often the case in Japan. This may seem like a lot of rules, but it’s perfectly possible to have a spectacular visit to Kyoto while remaining respectful.

One last piece of advice... 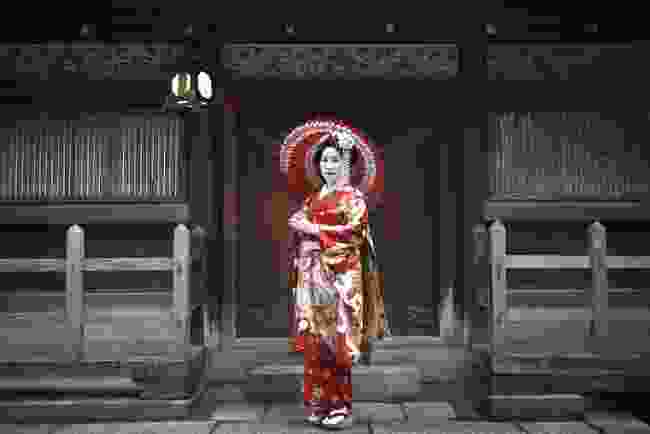 A geisha in Kyoto (Shutterstock)

It might sound outlandish, but I’d recommend leaving the camera at home. The glimpse of a geisha is often fleeting as they hop out of a tea house and into a taxi right outside the door. Instead of missing the moment scrambling for your phone or camera for the sake of a blurry, hastily-shot photo, why not simply enjoy being in the moment alongside Kyoto’s precious living cultural tradition?

Geisha are artists, and their work – passed down through generations for centuries – is gradually vanishing. A hundred years ago there were some 80,000 geisha across Japan. Today the number is around 2% of that. In a modern world in which it is increasingly rare to find glimmers of magic, geisha and their craft are increasingly rare, and deserve to be treasured and protected.

And with the above advice, you’re all set!

As Japan travel specialists, InsideJapan can include various Geisha experiences in Kyoto on several small group tours and as part of any fully tailored trip.

More ways to get under the skin of Kyoto:

The ultimate city guide to Kyoto

How to spend your first 24 hours in Kyoto