How to spend your first 24 hours in Kyoto, Japan

Winning 'Top City' in our Reader Travel Awards 2017, Kyoto's array of ancient sites is no secret. From temples to cherry blossom-lined Philosopher's Path, here's how to enjoy the city without the crowds, s 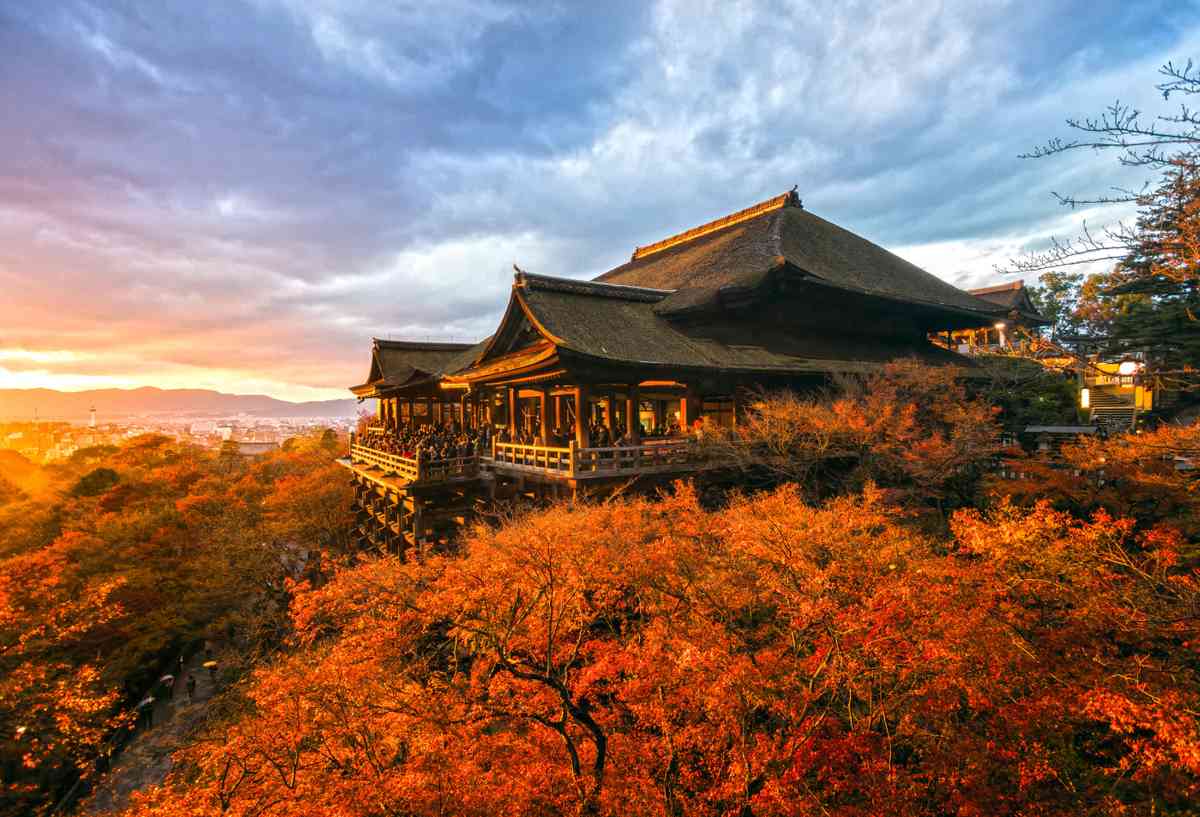 As Japan’s capital for over 1,000 years, Kyoto takes its history very seriously, without being overwhelmed by it. The result is a wonderful blend of the modern and the ancient living side by side.

The Imperial court first moved here from Nara in 794 AD, and didn’t officially leave until 1868. Since then, Kyoto has experienced more than its fair share of hardships, but was largely spared by US bombers during the Second World War.

While few of its old townhouses remain today, its many cultural treasures, including 400 Shinto shrines and 1,600 Buddhist temples, are gloriously intact.

Finding moments of Zen-like tranquility can be a challenge, though. Overseas visitors to Japan have increased nearly threefold since 2010, and it can feel like every last one of them has made their way to Kyoto, usually on a day trip from Tokyo.

But escaping the tour-group crush is often a simple question of stepping off the main thoroughfares and exploring its network of backstreets instead, winding narrow alleys past teashops and stores. Away from the heritage sites, this is a thriving modern city with chic fashion boutiques and a hip dining scene. While many come for the history, there is more to Kyoto than geishas and temples.

Kansai is situated 50km from Kyoto’s city centre on a man-made island in Osaka Bay; Itami is closer at 40km. Both are well equipped with info booths, currency exchanges and ATMs in Arrivals, as well as free Wifi. But finding a cheap internet connection elsewhere can be a tricky; it’s often easier to pick up a prepaid SIM card or mobile router at the airport.

There is a 75-minute direct train from Kansai to Kyoto Station (JPY2,850/£20). This is covered by the Japan Rail Pass, which offers unlimited trips on the nationwide JR network (JPY29,110/£212 for seven consecutive days) and, for the first time, can now be bought at some stations – though it is cheaper to buy in advance. Itami has no direct rail links to Kyoto, so it is quicker and easier to take the 70-minute shuttle bus (JPY1,310/£9).

From Tokyo, catch the JR Tokaido shinkansen (bullet train) from Tokyo Station (from JPY13,600/£98). The JR Pass is only valid for the Hikari and Kodama services (2.5–4 hours), and not the more frequent (and faster) Nozomi. But the slower pace is worth it on clear days, as you’ll get a good view of Mount Fuji from the right hand side of the train, just under an hour after leaving Tokyo. 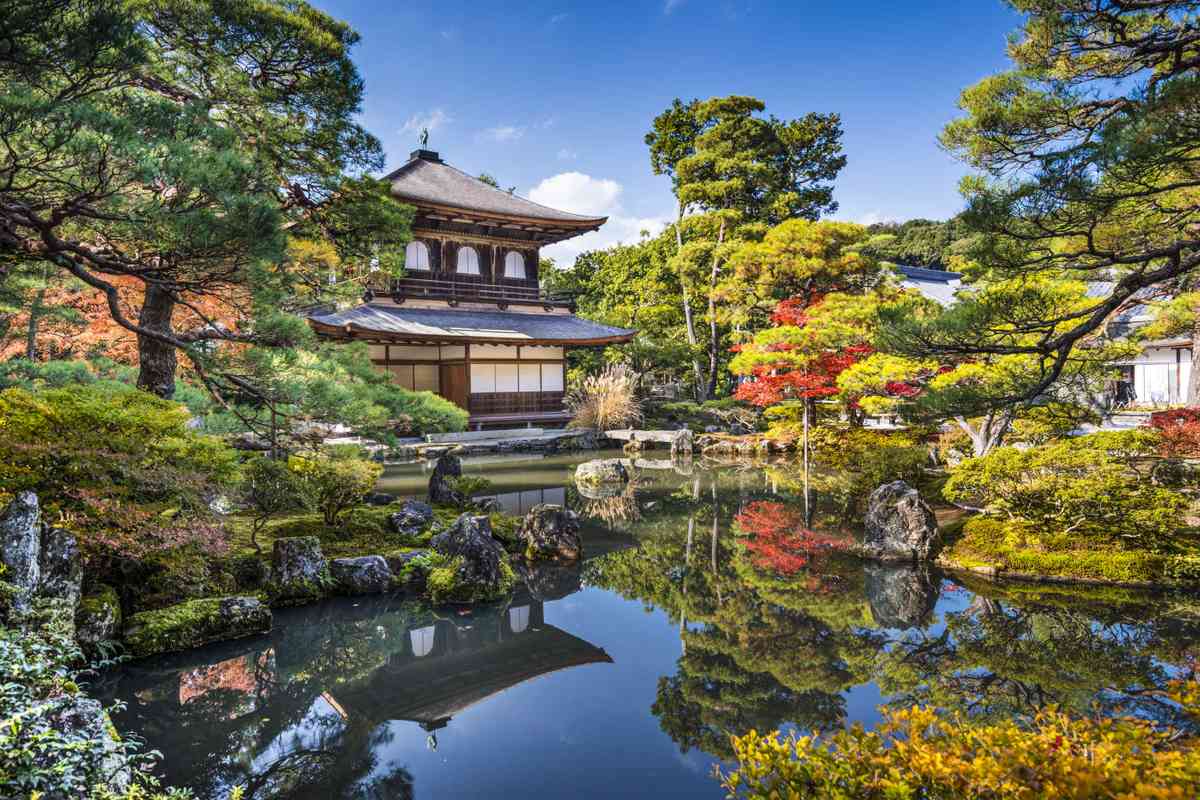 If you wake up early, Kiyomizu-dera is open from 6am, which is the best time to visit if you don’t want to share this temple with others. Its hillside perch also rewards with sweeping, unrestricted views over the city. Grab a caffeine fix in Higashiyama at Arabica – a chain that originated in Kyoto – then walk through narrow, picturesque lanes crowded with teahouses to Maruyama Park.

Pause to see the dramatic gate of Chion-in before stopping at Shoren-in in the far north of the park, a lesser-visited temple with a rather exquisite garden. Keep north and you’ll spy the imposing, 24m-high gate to Heian Shrine, built in 1895 to mark 1,100 years of the city, then brave the queues at the excellent Okakita, next to Okazaki Park, to taste its superb soba and udon noodles.

Next, veer west to get your temple fix at Nanzen-ji, which hides a charming waterfall grotto in the hills behind. Now follow the canal-side Philosopher’s Path north past cherry blossom trees to the beautiful and busy

Ginkaku-ji (Silver Pavilion). Built to match the city’s Golden Pavilon (see ‘Stay or Go’), it contains no silver but its name has stuck. Otherwise, head east to the Sanjo area for Kyoto’s shopping district, where you can work up an appetite at the covered Nishiki Market. Finish nearby with a cheap, umami-laden bowl of ‘burnt miso ramen’ at Gogyo.

While the district around Kyoto Station often seems like a more convenient option, the downtown area has much more character, and also puts you within walking distance of many of the best sightseeing spots in the city.

Mid price: A prime location in the heart of the Sanjo area makes Kyoto Royal Park Hotel ideal for anyone wanting to experience the best that Kyoto has to offer, both day and night. Doubles from JPY20,000 (£143).

Budget: At the futuristic 9hours hotel, it can often feel like you’re sleeping in a sci-fi movie, rather than the glorified sardine tin that plenty of other capsule hotels evoke. From JPY1,900 (£14) per capsule. 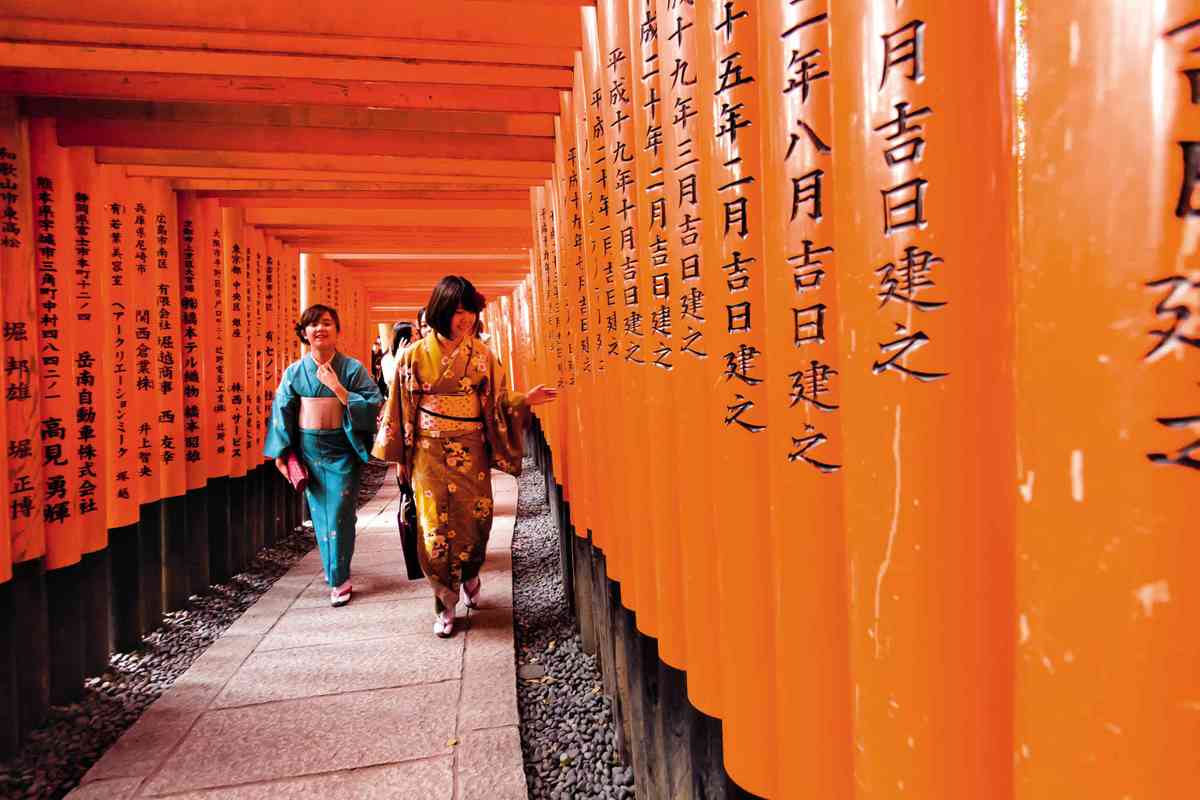 You will need a few days to explore beyond Kyoto’s centre. The picture-perfect golden pavilion of Kinkaku-ji and the meditative stone garden of Ryoan-ji both lie in the far north of the city, while the Fushimi Inari Shrine, with its endless corridors of red torii gates, is south of the main station. All are worth exploring early, before the crowds arrive.

Also of note is Arashiyama, a leafy district in the western outskirts of Kyoto that needs at least half a day to explore.

If you really want to get away from it all, head to Ohara, a charming rural village to the north of the city, or make a day trip to Nara, where docile deer roam through a park surrounded by historic temples.

Further afield, the Kansai region lies on your doorstep, with metropolises like Kobe and Osaka within reach, along with Himeji and its fine hilltop castle. Alternatively, shun the modern for a pilgrimage south to spend the night in a Buddhist temple on the sacred mountain of Koyasan.

Visas: Not required by UK nationals for stays of up to 90 days

Highest viewpoint: A 40-minute hike up Mount Daimonji, on the eastern side of Kyoto, offers sweeping views over the entire city. On clear days you can see as far as Osaka. For a more regal view, try the observation deck on Shogunzuka Mound. This is believed to be the spot where the Emperor Kanmu first surveyed the location of his future capital back in the 8th century. Health issues: No specific jabs are required, but remember to stay hydrated during the long, hot summer months.

Getting around: Pick up a prepaid Traffica Kyoto Card (JPY1,200/£9 for 24 hours), valid on the metro and city buses, to save having to fiddle with change. Web resources: The official tourist board site is kyoto.travel/en. Also try city guide website insidekyoto.com, written by a locally based Lonely Planet author.

Climate: Kyoto is notoriously hot during summer (up to 35ºC) and chilly in the winter. Spring and autumn are the best times to visit, although these are very popular with Japanese tourists, especially when the cherry blossoms bloom (late March to mid-April).