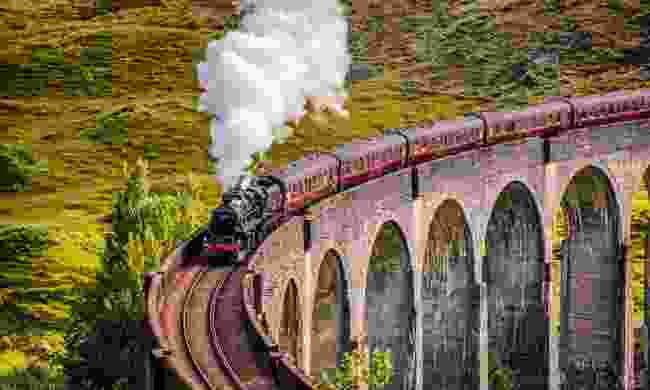 Departing a short distance away from Ben Nevis, the Jacobite encounters some of the UK's most dramatic scenery. As the steam locomotive chugs along the 67km track, mountainous hillsides pierce the skyline and lakes glimmer in the distance. The route’s extension to Mallaig was constructed over a century ago, with the intention to make the remote area more accessible, and it has successfully continued its service to the Scottish Atlantic coast since.

Perhaps the most recognisable part of the journey is the Glenfinnan viaduct, which featured in the Harry Potter film series. Beyond this, the train stops at Britain's westernmost mainland railway station and passes the shortest river in the UK, before arriving at Loch Nevis – the deepest seawater loch in Europe.

Best known for: Featured in the Harry Potter movies 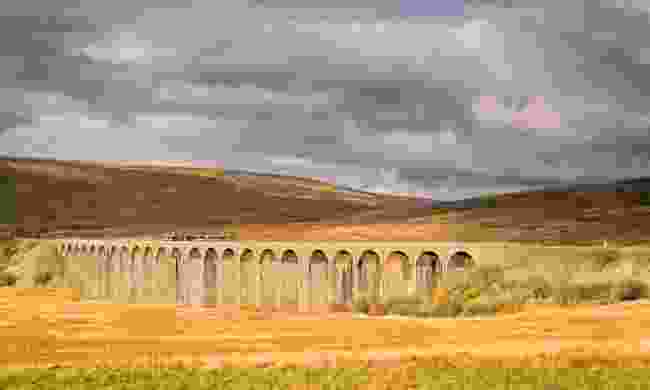 Over a third of the Settle to Carlisle route weaves through the Yorkshire Dales National Park, so expect to see rolling hills, lush green valleys, and stone-built barns dotted around the edges of the moorland.

Standing 31 metres high and 400 metres long, Ribblehead viaduct is the track's most dramatic feature – comprising of 24 soaring arches. Its backdrop of Pen-y-ghent mountain, one of the Three Yorkshire Peaks, is pretty spectacular too. Even when it's raining, this train ride still promises incredible scenery – and the rain only adds to the drama, with water flowing off the hills and forming waterfalls.

While connections in Leeds and Lancaster make accessing this trip easy, there is also an option to travel by steam train for a more classic journey. 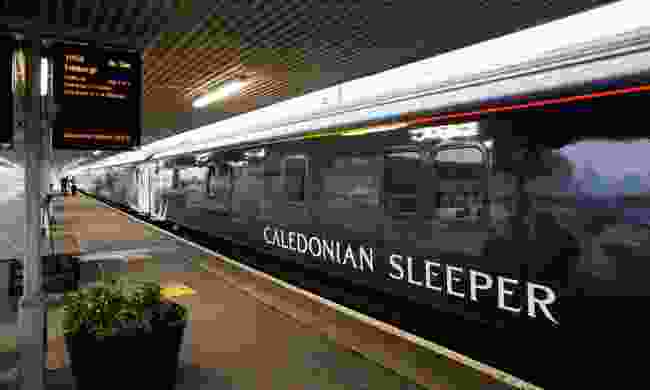 The Caledonian Sleeper train offers a convenient service from the UK capital to several of Scotland’s most iconic locations. The service departs from London Euston station six nights each week (Sunday to Friday), taking passengers on a journey through the night, only to wake to the sunrise over some of Scotland’s finest scenery.

While the service has always had its charms - on which other train in the world can you make new friends over a whiskey or two in the bar, or bump into kilted men in the corridors at 5am - carriages were upgraded in 2019 to swanky cabins with double beds and ensuite facilities.

For those seeking a cycling thrill in the mountains, be sure to book online in advance for a free spot to park your two-wheel ride (subject to availability). Pet-lovers are also in for a treat; if you have a cabin this service permits furry friends on board at the cost of a reasonable additional charge.

Whether you arrive in the Scottish capital to magnificent hillside views of Edinburgh Castle, or venture to the land of lochs and the mighty peaks on an adventure to Fort William, a ride on the Caledonian guarantees to be a night to remember.

Best known for: Sleeper commute from London to various locations in Scotland 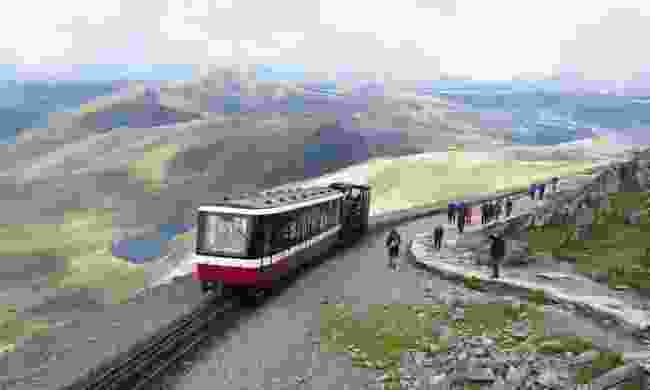 The train up to Mount Snowdon (Dreamstime)

If the idea of trekking to the top of Wales’s highest mountain doesn’t appeal to you, let the train take the strain.

Departing from Llanberis station, an 1896 locomotive hauls passengers at a steady pace to the summit, where a 30-minute stopover allows time to appreciate the view. On a clear day, the landscape of mountains and lakes stretches out before you, from 1,085 metres above sea level.

If you’re worried about the weather turning (this is Wales, after all) fear not, as the café at the top provides shelter and coffee – really, there’s a café atop one of the UK’s national three peaks!

Starts and ends: Base to peak of Mount Snowdon, Wales

Formerly known as the Penzance Sleeper, this London to Cornwall train route relaunched with the revitalised name of Night Riviera in 1983. Newly revamped, the train runs a six-night service per week, departing from London Paddington at 23:45 on weekdays and 23:50 on Sundays. Stops en route include Reading, Taunton and Exeter, before continuing on to Cornwall, where it calls at various locations, including Plymouth, Newquay, and Falmouth, before terminating in Penzance.

You can choose an airline style seat, or pay extra for a cabin by yourself or shared, for which you'll get use of shower rooms, a complimentary continental breakfast and access to the on-board lounge. Places on board this service are often fully booked, so be sure to book your spot well in advance.

Best known for: Sleeper commute from London to Cornwall 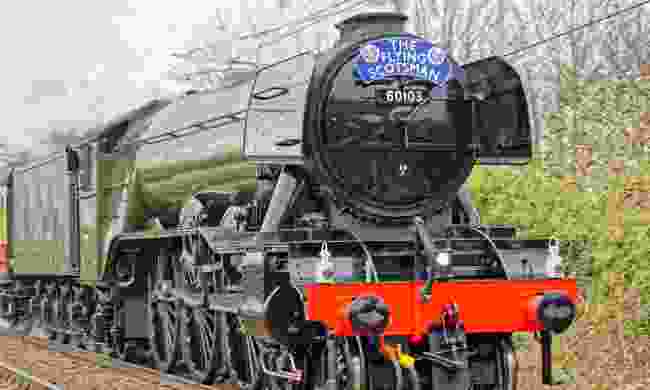 Starting its service in central London, the Flying Scotsman passes many notable landmarks along its 630km route to the Scottish capital. Though surprisingly quick (4 hours, 20 minutes), the journey is relaxing and interesting – crossing through country fields, characterful cities and the charming Northumberland coastline.

It’s difficult to miss The Angel of the North near Newcastle, with its wing-span of 54 metres. You may find it harder to spot the white sign that marks the world record steam train speed of 125.88mph, recorded on 3 July 1938, as you whizz past. 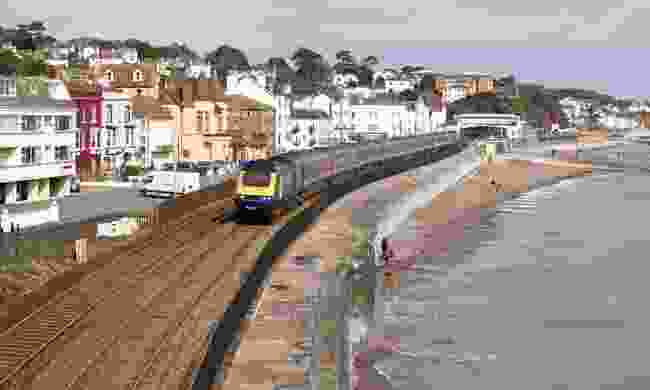 In 2014, this scenic train route was destroyed by a coastal storm – but it has since reopened and is back on track to showcase the stunning sea views of the South-West. The journey from the bustling city of Exeter to the quaint seaside town of Dawlish takes as little as 11 minutes, running parallel to the mouth of the River Exe and stopping at the very edge of the English Channel.

Not only is the Exe Estuary popular with families on holiday, but the clear waters provide a vital habitat for wildlife. Watch the sandbanks and upper estuary for swimming otters, breeding egrets and the occasional grey seal.

How to travel India by rail

The great rail journeys of the world