All aboard! The 12 best rail journeys in the world 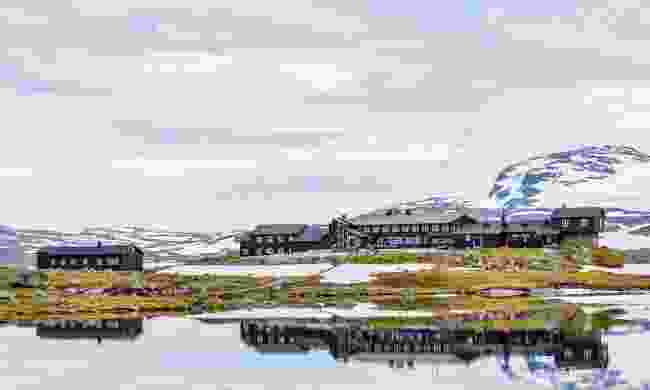 The Bergen Railway to Oslo might just be the toughest battle between man and Mother Nature ever to have been fought in the name of train travel. This link between Norway’s capital and its second city, on the west coast, has to cross the cold, high, remote Hardangervidda, the largest eroded plain in Europe, where the tough, engineering-unfriendly metamorphic rock is around 1.5 billion years old. Thankfully, a railway did find a way across this hostile plateau, giving train fans a chance to ride from cosmopolitan Oslo to beautiful fjord-and-mountain-flanked Bergen via some of Norway’s wildest scenery. To prove a point: look out for Finse (1,222m), the line’s highest station – this is the gateway to the Hardangerjøkulen ice cap, where Scott and crew trained before their 1912 South Pole expedition.

Like that? Try this... Take a detour off the main railway at Myrdal to ride the waterfall-splattered, hold-your-breath steep line down to the fjord-side village of Flåm. 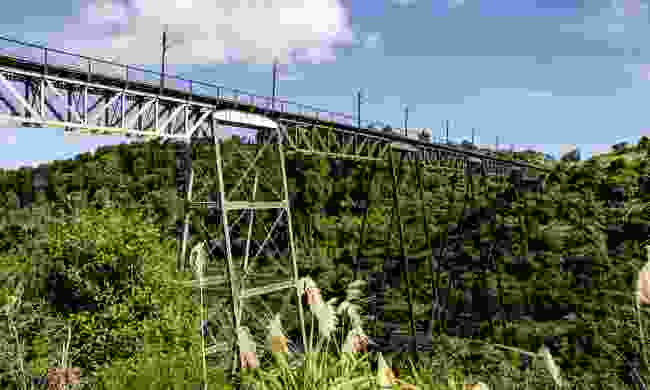 The North Island Main Trunk railway, finally completed in 1908, was not an easy undertaking – but that’s what makes it such an impressive ride today. New Zealand’s North Island is a volatile place; early engineers had to negotiate gully-sliced plateau and active volcanoes in order to link Auckland and Wellington. Today, the line’s big-windowed panorama carriages slice through Hobbiton-like green hills and undulating farmland, pass smoking mountains and rocky shores, and traverse some manmade marvels – from the 79m-high Makatote Viaduct, just below Mount Ruapehu, to the Raurimu Spiral, which utilises two tunnels, three horseshoe curves and a complete circle in order to tackle the precipitous terrain.

Like that? Try this... Traverse South Island aboard the TranzAlpine, which links Christchurch and Greymouth by surmounting the Southern Alps. 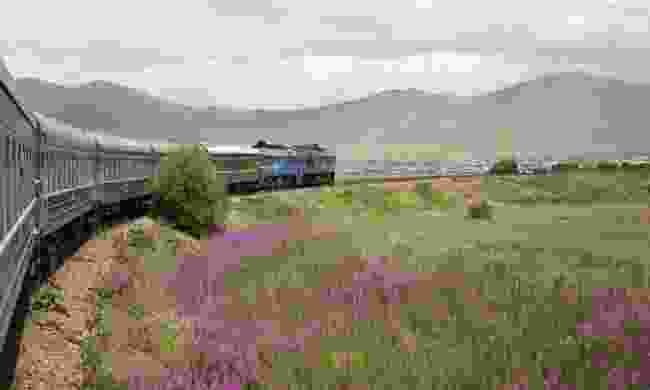 Aping the route 17th-century traders once used to cross Siberia, carrying tea from China to the cups of Russia’s elite, the Trans-Mongolian is arguably the greatest train journey on the planet. It’s epic, taking almost a week ridden non-stop between Moscow and Beijing, crossing six time zones and penetrating parts of Asia that most just don’t reach.

Out the window, the endlessness of Russia rolls by – grand cities, birch trees and snowy plains. Then comes Mongolia’s ger-dotted steppe and capital Ulan Batar before crossing into China and negotiating the Great Wall to reach Beijing. But the onboard experience is arguably just as interesting – enjoy days of bonding with your eclectic cabin-mates over hot tea, card games and a shot of vodka or two.

Like that? Try this... Hop off the Trans-Mongolian at Tayshet and take the even remoter, Baikal-Amur line to Russia’s east coast. 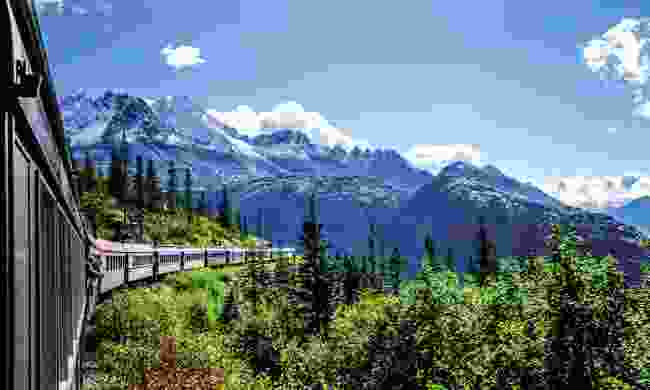 When a trio of prospectors found gold in a tributary of the Klondike River in 1896, they triggered one of the world’s largest gold rushes. To begin with, stampeders had to hike the treacherous Chilkoot Trail to get their treasure. But between 1898 and 1900, a narrow-gauge railway was built through the seemingly impossible terrain to make the journey a lot easier. The White Pass & Yukon Railroad necessitated tunnels, trestles, grades of up to 3.9% and tight cliff-teetering bends; it climbs almost 1,000m in its first 32 kilometres. Now, it carries visitors along the Skagway River, squeezing between waterfalls, thick forest and groaning glaciers, crossing the US/Canada border at White Pass, and descending to Lake Bennett, once the site of a bustling tent city, where pre-train prospectors paused after surviving the Chilkoot Trail.

Like that? Try this... Equally pioneering in feel, Canada’s Jasper-Prince Rupert line takes two days to clamber over the Rockies and through British Columbian wilderness to reach the Pacific at the port city of Prince Rupert, a great place to take a whale-spotting tour. 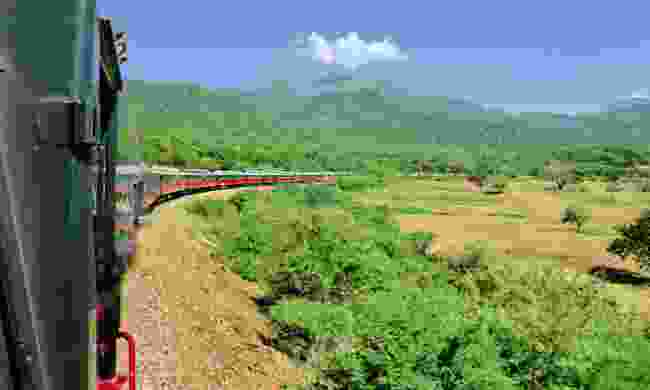 The Spanish conquistadores, who found silver in northern Mexico’s Copper Canyon in the 17th century, had to employ mules and the local Rarámuri people to haul out their spoils. They would have loved ‘El Chepe’, aka the Copper Canyon Railway, which links the coastal town of Topolobampo to the dusty inland city of Chihuahua via this network of plunging ravines. Taking almost 90 years to complete, the line finally opened in 1961. On its dramatic journey, El Chepe has to negotiate 87 tunnels, 36 bridges and sweeping hairpin bends as it climbs from sea level to the rim-top views it offers at 2,400m.

Like that? Try this... Cut through another gorgeous gorge on Arizona’s Verde Canyon Railroad. Look out for cottonwood trees, bobcats, bald eagles and Native American ruins. 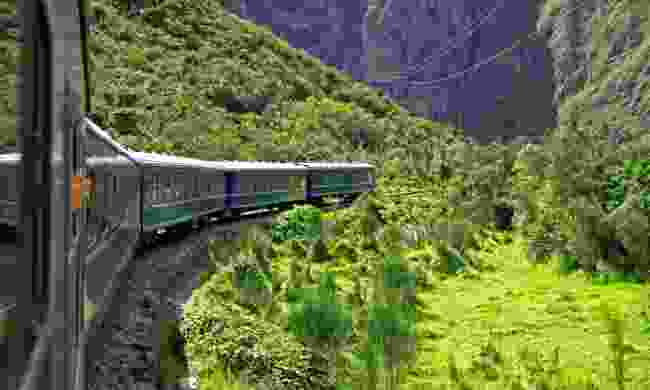 If you’ve no time or permit to hike the classic Inca Trail to Machu Picchu, then this is a fine second choice. The train (which leaves from Poroy, just outside Cusco) slices through the mountains, passing Andean villages, the raging Urubamba River and the Inca fortress of Ollantaytambo. It terminates at the hot-springs town of Aguas Calientes, from where the mist-swirled ruins of Machu Picchu teeter just above. Do the ride in opulent style aboard the Belmond Hiram Bingham, named after the explorer who rediscovered the ‘lost’ city in 1911. Or perhaps just opt for cheaper Vistadome or Expedition class instead – the views are just as good.

Like that? Try this... Board the Belmond Andean Explorer, South America’s first luxury sleeper, to cross the plains from Cusco to Puno, on the shores of Lake Titicaca. 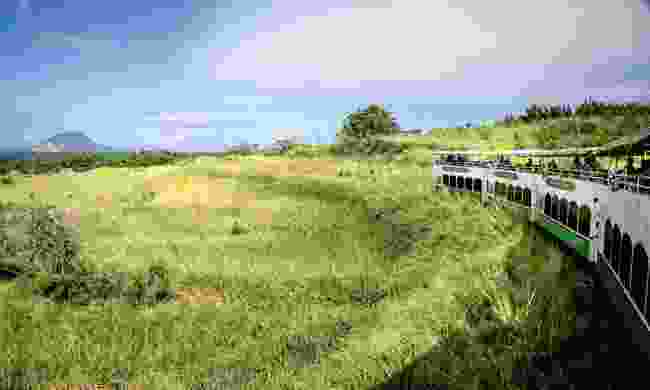 Best for... A sweet ride

St Kitts’ narrow-gauge tourist train – the ‘Last Railway in the West Indies’ – is a reminder of a time when the fertile Caribbean island’s prime industry was not tourism but sugar. In 1775, when the British owned the isle, St Kitts had 200 estates growing ‘white gold’; in the early 20th century, a round-island railway was built, to transport the cane to a central factory. When the industry declined, the line reopened as a wonderful way for visitors to see the wave-crashed shores, swaying palms, emerald highlands – rising to 1,156m Mount Liamuiga – and crumbling remains of old cane plantations. Currently, the train only runs along St Kitts’ Atlantic coast with a bus tour completing the circuit. There's a stop at Brimstone Hill Fortress, which was built by the British to protect their precious sugar isle.

Like that? Try this... Complete the circuit, sort of. The St Kitts Rail to Trails project is gradually converting the abandoned Caribbean coast segment of the railway into a hiking and biking trail (www.facebook.com/heartofstkitts). 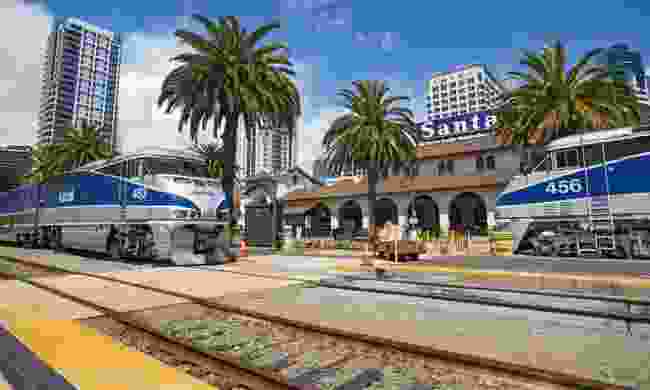 Best for... Winning the West

The California Zephyr isn’t a train. It’s a dream realised, a nation united. When the railway line across the US was completed in 1869, slashing the time it took to travel from coast to coast, the way was paved for all manner of pioneers to try their luck in the wild west. And what a journey the Zephyr still is, blowing from the windy city of Chicago, crossing the plains, mastering the Rockies and the Sierra Nevada to come to rest at Emeryville (for San Francisco), on the edge of the Pacific Ocean. Bag a seat in the Sightseer Lounge Car and watch the country unfurl.

Like that? Try this... Take the more southerly Southwest Chief, which links Chicago and Los Angeles via the Great Plains, Rocky Mountains, Las Vegas, Grand Canyon country and the Mojave Desert. 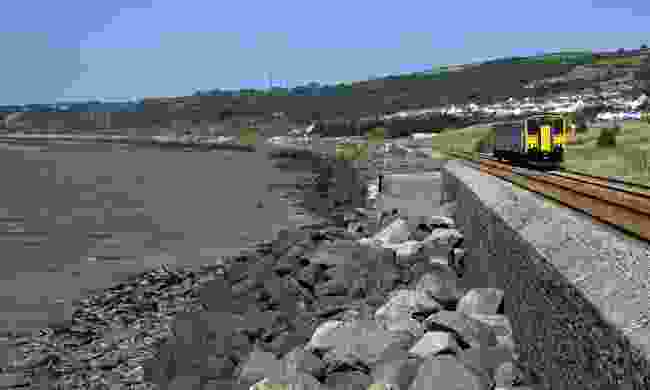 Best for... The green, green grass of home

Bucolic and beautiful now, perhaps, but in medieval times the landscapes traversed by this railway were once the fraught frontierlands of England and Wales. Indeed, at Knighton it crosses Offa’s Dyke, the eighth-century earthwork built by Mercian King Offa to keep the Welsh at bay. The Heart of Wales Line, completed in 1868, celebrates its 150th birthday this year, a good excuse to hop aboard in Swansea and ride it all the way to Shrewsbury, enjoying the Loughor Estuary, the rolling hills of Carmarthenshire, pointy Sugar Loaf and the brooding Black Mountains en route.

Like that? Try this... A perennial favourite of Wanderlust readers and Harry Potter fans, Scotland’s West Highland Line runs from Glasgow via Fort William to Mallaig, scurrying below Ben Nevis and sweeping across the magnificent Glenfinnan Viaduct. 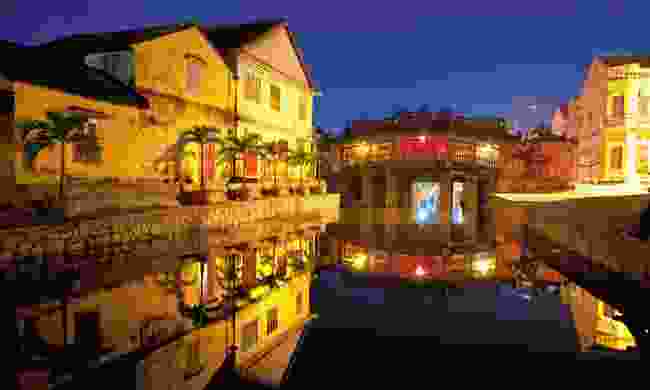 The Reunification Express passes through Hoi An (Dreamstime)

Best for… Covering a country

The North-South railway, known as the Transindochinois or sometimes the Reunification Express, was opened in 1936 to link the extremes of Vietnam, running from Hanoi in the north to Saigon in the south. The line was damaged and disconnected by the Vietnam War but, miraculously, less than two years after the surrender of South Vietnam and the unification of the country, a full Saigon-Hanoi rail journey was possible once more. The route, seen as a powerful symbol of solidarity, earned itself a nickname: the ‘Reunification Express’; it’s proved a boon to this long, skinny country, providing a simple, scenic way to travel between highlights, with plenty of interesting stops along the route. From the poignant war reminders of Saigon, head for the laidback beach resort of Nha Trang, the charming old port of Hoi An (via the railhead of Danang) and the former imperial capital of Hué, ending amid the frenetic and pho-fragrant streets of Hanoi.

Like that? Try this... Take a sobering ride along a remaining stretch of Thailand’s ‘Death Railway’, from Kanchanaburi to Nam Tok via the River Kwai Bridge. 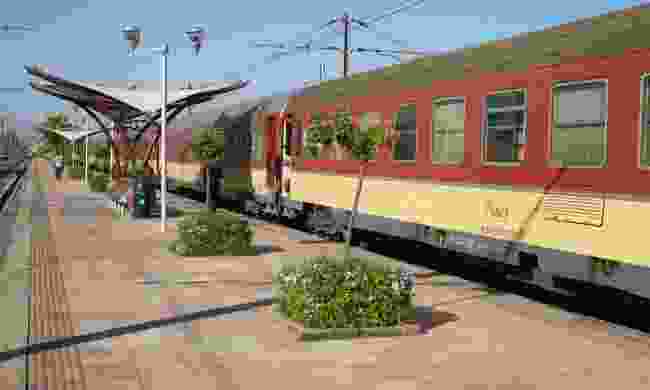 By the late 1960s, Morocco was becoming an essential stop-off for long-haired counter-cultural types seeking exotic unconventionality. This included rock band Crosby, Stills and Nash, whose 1969 ditty ‘Marrakech Express’ inspired a heap of people to take the train to the millennia-old imperial city. The best way to tackle this journey now is to start with the ferry ride from southern Spain to Northern Africa, to get the full effect of arriving on this vast new continent. Then you can hop aboard the train in labyrinthine Tangier and plunge south, via capital Rabat and art deco Casablanca, to reach Marrakech’s magical old medina.

Like that? Try this... Ride alongside the River Nile by taking the train from Cairo to Aswan, via palm trees, farmland, Luxor’s temples and millennia of Ancient Egyptian history. 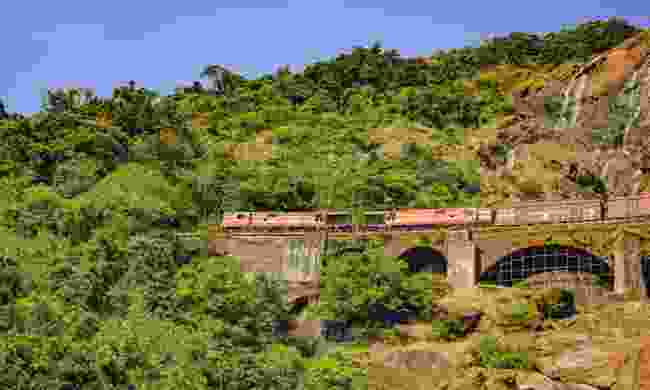 A train crosses the railroad bridge past Dudhsagar Waterfall (Dreamstime)

Opened in 1998, the Konkan Railway connects the megalopolis of Mumbai and the port of Mangalore (Karnataka). It’s an engineering masterstroke: over 2,000 bridges and some 90 tunnels were required to forge a route between the Arabian Sea and the Sahyadri Hills. Along the way are rivers, valleys, mountains, mango trees, coconut palms and tiny villages. It also enters the heartland of Portuguese India, which ruled parts of the subcontinent from 1505 up to 1961. Disembark at Karmali Station to wander Old Goa, once the capital of the Portuguese viceroyalty and now an atmospheric ruin.

Like that? Try this... If size matters, opt for India’s Vivek Express, a 4,273km ride from Assam to the Tamil Nadu town of Kanyakumari – the country’s longest train trip.