Situated in the middle of the watery expanse between Italy, Spain and North Africa, Sardinia is the second largest island in the Mediterranean after Sicily. Unlike Sicily, however, Sardinia’s food culture remains largely undiscovered.

Though technically a part of Italy, Sardinia has always considered itself a world apart, and the island is home to a fascinating food culture, enriched with the inheritance of various colonisers such as the Phoenicians and Spanish, and sharing the Roman devotion to olives and wine, but with plenty of its own unique traditions. 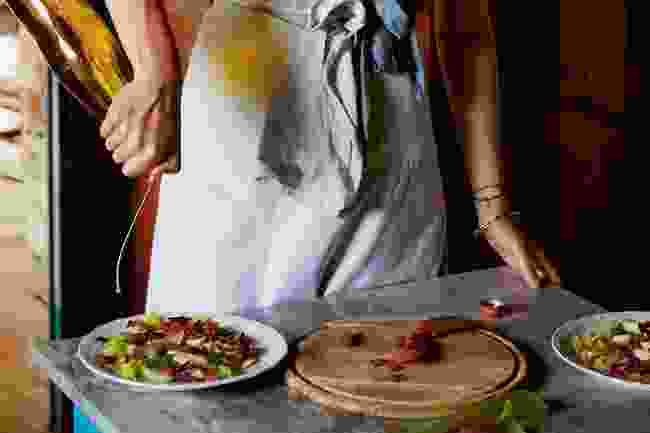 Like all the best Italian food, Sardinian food is simple, generous and graceful; lacking in pretension or superfluity.

Here are a few culinary wonders guaranteed to put Sardinia back on the map... 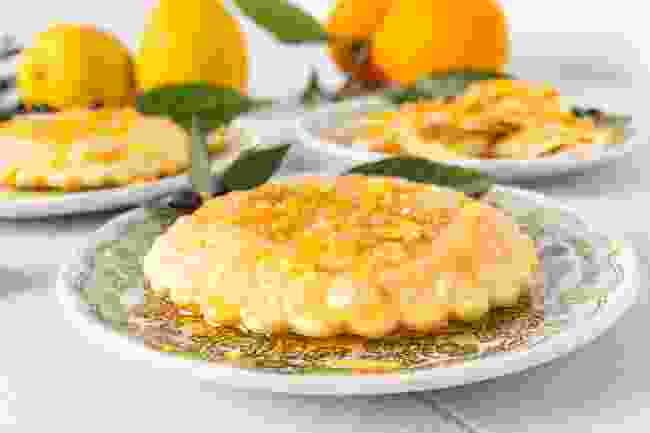 Seadas, or sebadas, are the best Italian dessert you’ve never heard of. A true Sardinian speciality, these are a celebration of two of the island’s finest and most ubiquitous ingredients: cheese and honey.

Seadas consist of a fresh pecorino cheese, mixed with lemon zest, stuffed inside a pastry shell and deep-fried until golden and crisp, then served doused in honey. The flaky, savoury pastry, once broken into with a fork, gives way to a molten flood of salty, stringy cheese, fragrant from the lemon zest, which balances perfectly the intense sweetness of the honey.

These are truly an encapsulation of Sardinia: simple, satisfying, unusual, and a perfect balance of contrasts. The recipe for seadas can be found in Bitter Honey on page 221, but as well as making them at home, I recommend you book yourself a ticket out here (when possible) and eat the real thing, too. 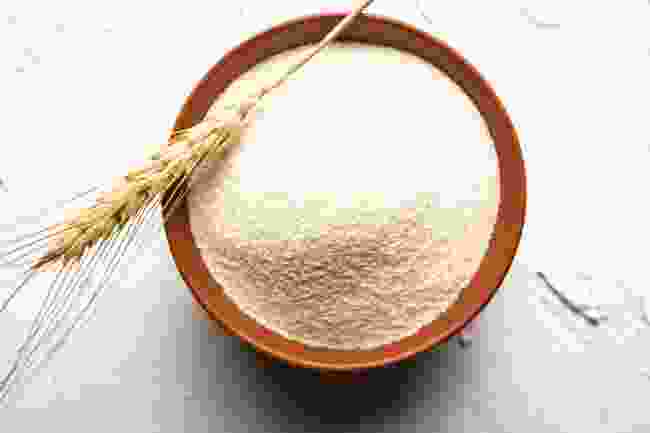 Fregola is a tiny, nubbly pasta made of semola (ground durum wheat) which is common in Sardinia, and is most probably an inheritance from North Africa and the production of cous cous. It is made by rolling together semola and water until small grains are formed which are then lightly toasted in the oven.

Here in Sardinia it is commonly served in a delicious, rich seafood and tomato sauce, which is cooked in much the same style as a risotto. Its nutty flavour and texture make it the perfect vehicle for absorbing rich sauces and flavoursome juices.

Fregola is often served at weddings, or celebratory occasions, and appears in a variety of guises, including with sausages, porcini and with artichokes. There are still many women who make their own at home, and if you look you can find artisan fregola in many shops. In some regions, saffron or egg are also added to the mix. 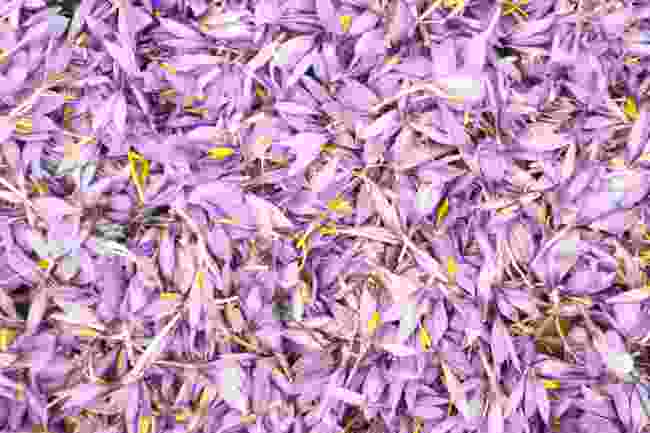 Sardinia is responsible for the bulk production of Italy’s saffron. Another inheritance from the Phoenicians, saffron is used on the island in both sweet and savoury cooking. Saffron is grown around the region of Turri, where a special Sagra (festival) is held in November to celebrate the harvest.

It is a common ingredient in malloreddus, the typical Sardinian pasta, and also in many dolci which are made on the island, often being paired with ricotta, with which it has a natural affinity. Good Sardinian saffron has a wonderfully distinctive aroma and flavour, and works well with cheese, tomatoes, seafood and in creams and custards.

If you are lucky enough to stumble upon a field where it is grown, the sea of purple flowers is enough to rival Provencal lavender. I am still looking for one! 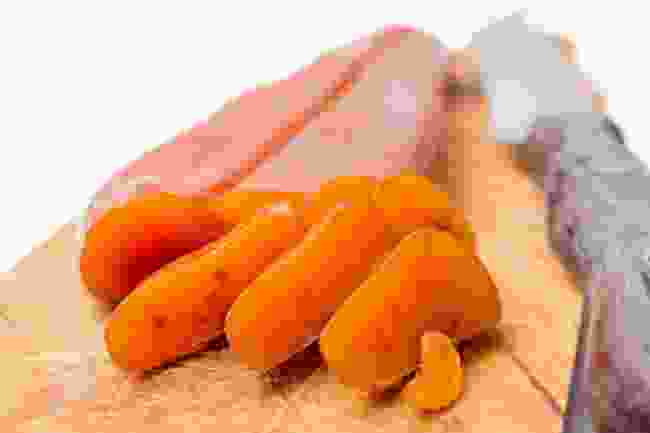 Bottarga is one of Sardinia’s signature products and ingredients. It is made by curing the roes of grey mullet, a fish which is prolific in the brackish lakes around Cabras, halfway down the West Coast.

The roes are salted and then dried to produce a glowing amber sack, which is then sliced or grated according to preference. The flavour is fishy, salty, umami-rich, and ever-so-slightly bitter.

One of my favourite ingredients, bottarga is used in a variety of fish dishes on the island. It is served grated over seafood pasta, or in slices on pane carasau, or tossed simply with olive oil and spaghetti. 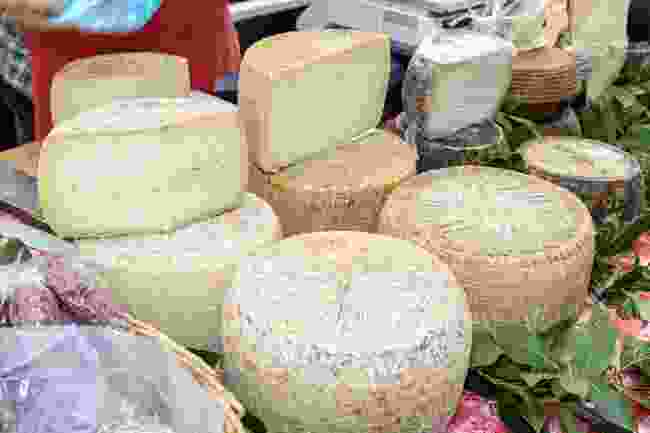 Pecorino for sale at a market in Sardinia (Shutterstock)

Pecorino is a sheep's milk cheese, which can be eaten either fresh or matured. Once matured the cheese has a nutty, savoury flavour much like parmesan but with a distinctly sheepy background note. It's one of Sardinia’s most essential products. On an island where sheep outnumber people three to one, this is perhaps unsurprising.

There are thousands of varieties of pecorino available on the island, many of which are made on a small scale, using traditional methods and tools. Many shepherds will make their own pecorino using the milk from their own herds. The sheep roam the wild countryside freely and are often still milked by hand.

Pecorino is found for sale all over Sardinia, even from streetside vendors. During the tourist season you will often meet shepherds selling unlabelled homemade cheeses from the back of their cars. 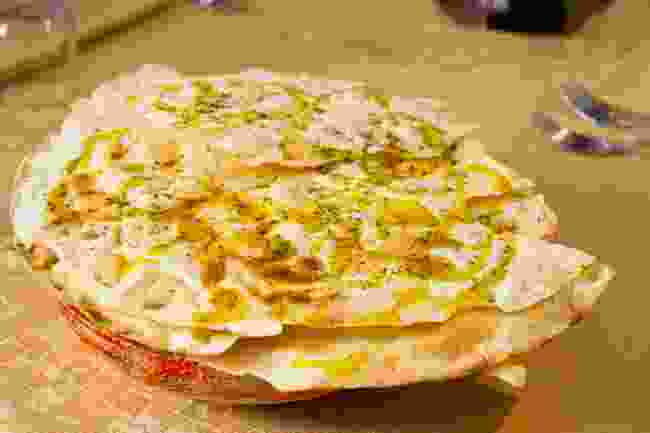 Sardinia’s ubiquitous bread, this is a flat, cracker-like bread made of semola and water. This bread, also known as carta di musica, is made by hand and cooked in wood-fired ovens.

Designed as a bread for the many shepherds of Sardinia it lasts for days, and can be rehydrated in broth or water, and used much like lasagne sheets such as in the famous Sardinian dish, pane frattau.

This bread appears on every Sardinian table at every Sardinian meal, and is deliciously moreish. It is the perfect vehicle for salami, cheese, bottarga, tomatoes, olive oil – just about everything you want to put on it! It is often warmed in the oven and drizzled with oil and rosemary, too. 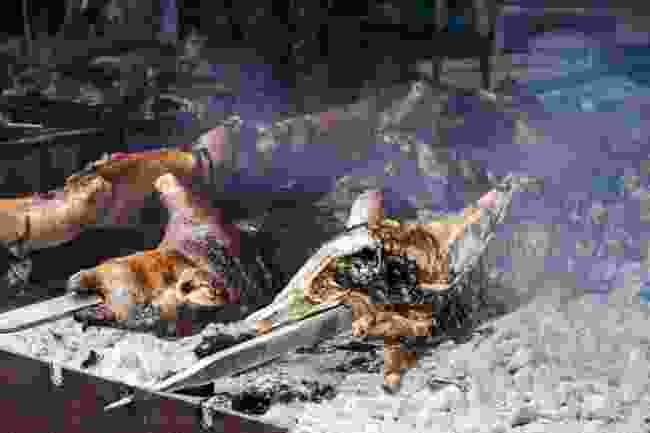 No Sardinian celebration would be complete without a roast suckling pig. Usually roasted over an open fire on a spit, these pigs are often raised at home and killed in time for a celebratory occasion.

The meat is flame-roasted until golden and crispy, then cut up and served on a bed of myrtle leaves, which delicately perfume the meat. Myrtle grows wild all over Sardinia and is one of the island’s signature flavours. It tastes much like a hybrid of juniper and bay.

The meat of this young pig is extremely tender and juicy, the most delicate kind of pork you will ever taste, and a true Sardinian tradition. 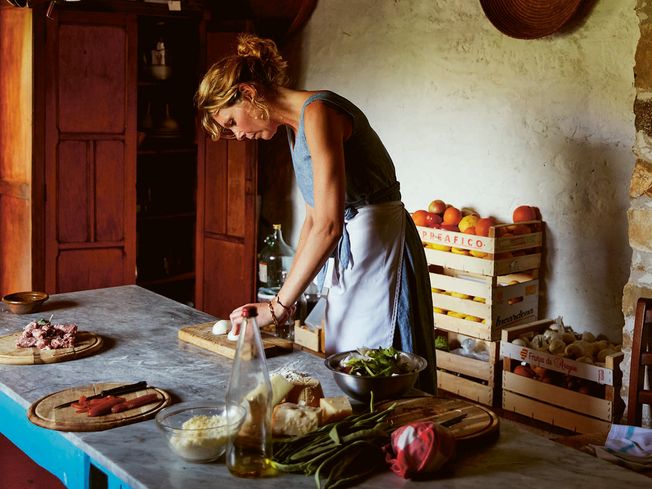 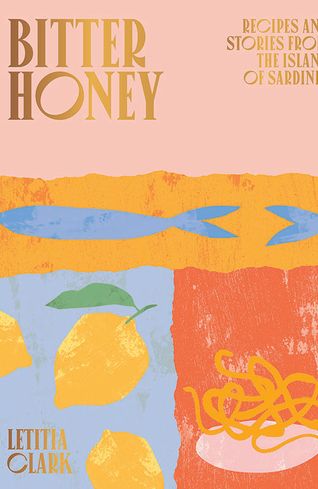 7 traditional Armenian dishes you have to eat