11 of the best Iceland day trips from Reykjavik

We reveal the best day trips you can take from Iceland's capital, either on your own or with a guide - including hot springs, geothermal baths, world-famous waterfalls, ice caves and wildlife wonders...

Iceland’s capital has plenty to keep you active within its city limits, but with so many natural wonders a short drive away, it’d be rude not to embark on at least one day trip from Reykjavik.

Fortunately, there are so many great trips to choose from. From a day wandering Game Of Thrones wildling territory, visiting Viking towns and seeing soaring waterfalls, all the way to a steamy soak in the mystical Blue Lagoon, you’re spoiled for choice. 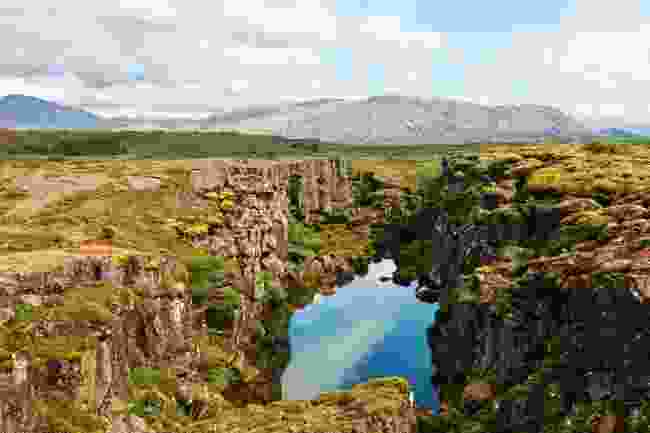 Þingvellir (Thingvellir) National Park is classic Iceland all over. It’s rugged, with fields of mossy green for miles, and tall mountain pathways dwarfing you as you walk along them.

One of Þingvellir’s highlights is quite simple but endlessly fascinating: the rocky tectonic plates of both North America and Europe lay exposed side by side, allowing you to quite literally hop between continents.

It’s only 45 minutes away from Reykjavik by car, so you can drive yourself on a self-drive adventure, or opt for an easy bus trip – with or without a tour guide.

Trips to check out: Day trips are offered by Arctic Adventures, Viator and Reykjavik Excursions. Options including other must-sees (like Gullfoss, below) are available. 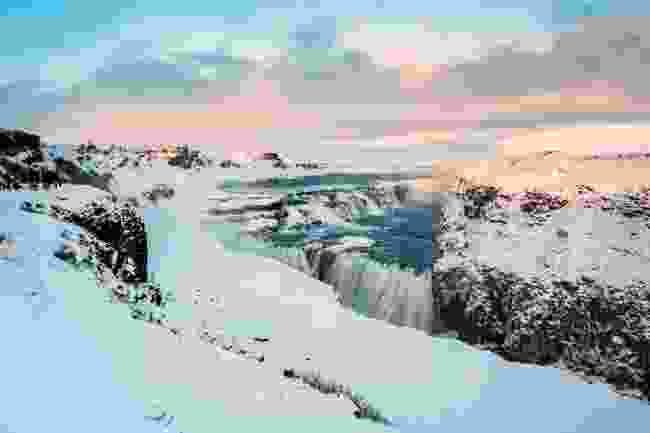 Gullfoss is one of Iceland's most famous waterfalls, and is easily visited from Reykjavik (Shutterstock)

Gorgeous Gullfoss is one of Iceland’s most impressive waterfalls, cascading 32m down from the Hvitá River, in south-west Iceland. In summer, spring and autumn, the water flows like any other falls. In winter, it freezes over, producing wave after wave of ice.

At one hour 45 minutes, it’s a bit of a drive from Reykjavik. But absolutely worth it for a few hours of marvelling time at what is often considered the most beautiful waterfall in the whole country. 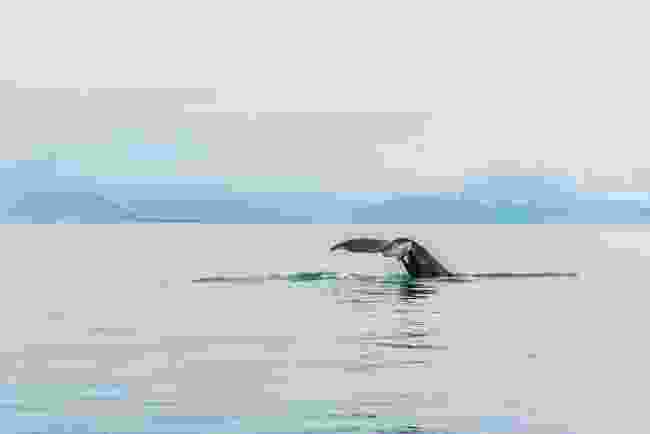 Whether or not you want to call it a day trip – or simply one of the city’s best activities – is up to you. Whatever the case, you’ll need to set aside at least a few hours to head away from shore and into the Icelandic sea, in order to begin your whale-spotting search.

No drive necessary, as you can board boats directly at Reykjavik’s harbour. These tours are well-priced, but not for those with shaky stomachs. There’s a very good chance you’ll spot an humpback whale or mike whale, in addition to dolphins and porpoises.

Above all else it’s a nice day out on the water, admiring the mountains surrounding you.

Trips to check out: Elding offer tours year-round. They usually take around three or four hours.

4. The Blue Lagoon – and Grindavik 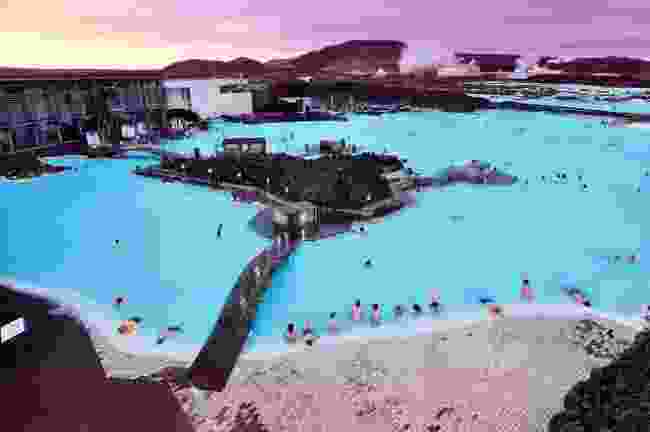 The Blue Lagoon is the Iceland attraction – it’s so famous we’re almost tempted to tell you not to go. But if you’re prepared for a busy pool, and the odd charge here and there for a locker or a towel, there’s so much to enjoy about Grindavik’s naturally-heated baths.

Yes, you will be paying top dollar, just like everyone else the world over. So, make sure to use your full time slot on the day, that you get a good swim around each nook and cranny of the lagoon (there are a few) and don’t be afraid to rub the white mud in the lagoon on your face, either – it’s supposed to make your skin shine and feel smoother.

Once you’re done, hop in the car and go to Grindavik, the nearest fishing town. There’s not a ton to see and do, although there’s a lava rock pool to peruse down by the harbour, sunken ships to search for in the sea, and the bright orange Hopsnesviti lighthouse, sitting ominously on an unnamed road…

Trips to consider: Book direct by Blue Lagoon's official site or hop on a bus ride from Guide To Iceland 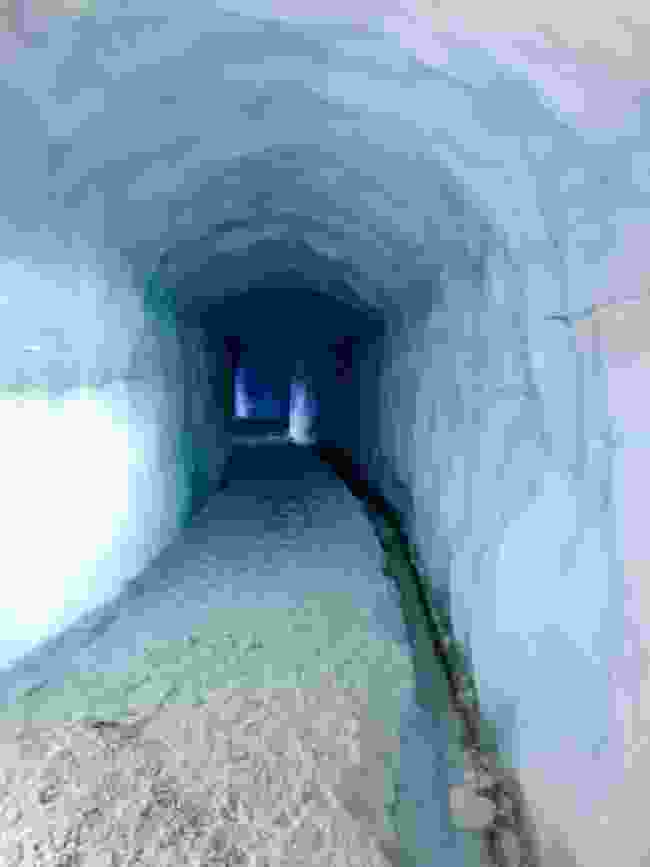 Glaciers and Iceland are synonymous by this point, and it’d be a shame to skip a glacier viewing. You can see Iceland’s second largest (at 935km2) – and perhaps most popular – ice cap, Langjökull, in a day trip from the capital.

The ice tunnel pictured is man-made, but that doesn’t matter. You can hike or ski, take a jeep trip or if you’re feeling especially flush, a snowmobile trip over and around the glacier. Seeing a glacier like this might be a once-in-a-lifetime experience, so make the most of it.

You can see Langjökull without a guide, but we reckon you’ll get the most out of it if you book a guided tour or book your equipment with a proper operator.

Trips to consider: Extreme Iceland offer a tour, as do Arctic Adventures and Viator 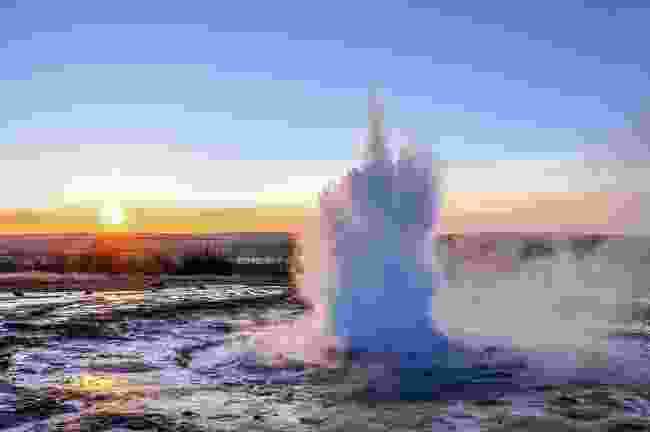 If glaciers and Iceland are synonymous, then hot springs and Iceland are, too. It’s difficult to imagine not paying a visit to Geysir: the 10,000-year-old boiling geyser of south-west Iceland.

Geysir lives in geothermal Haukadalur Valley, which is one hour 30 minutes or so away from Reykjavik in a car. You can self-drive or take a guided day tour.

Trips to consider: Reykjavik Excursions, Arctic Adventures and have geysir and Strokkur tours, as well as Golden Circle tours also covering Gullfoss and the national park. 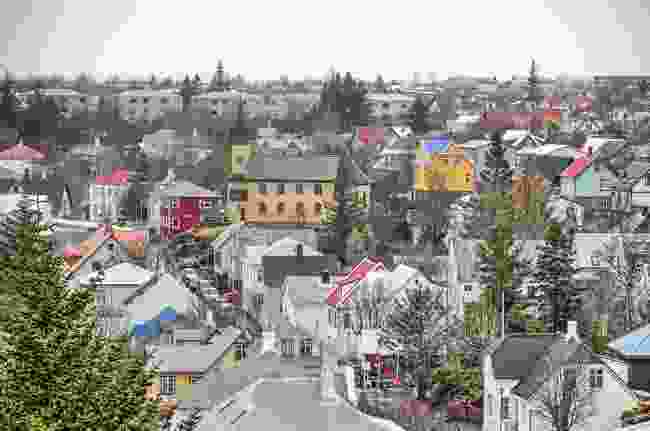 Hot things and cold things making you yawn? Well, ditch the nature and discover a not-so-natural side to Iceland’s history, in the town of Hafnarfjörður.

You might be surprised to learn it’s actually the third biggest town in Iceland, home to 30,000 people. It was also built on a lava field, meaning deep-rooted stories about being home to lava-loving Icelandic Elves exist.

There’s also the famous Viking Village, if you fancy an old-fashioned feast or an extended stay: Fjorukrain goes full medieval in its hotel/restaurant/attraction’s décor, food service and even costumes.

Trips to consider: Search for tour by date on Iceland Travel. 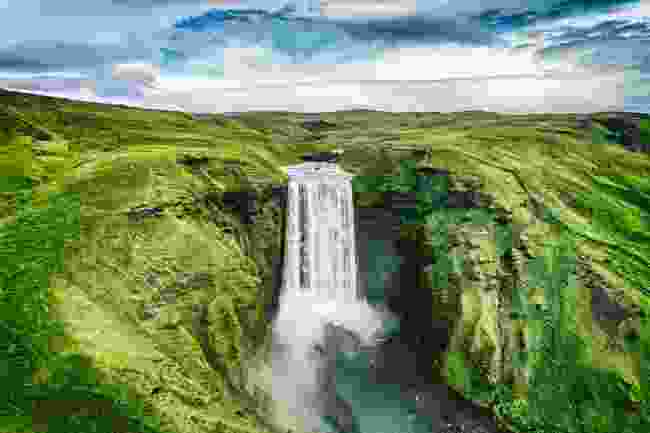 Skógafoss waterfall in all its natural glory, Iceland (Shutterstock)

We do love a waterfall, and Skógafoss is south-west Iceland delivers. A deep, dramatic drop off a proud cliff, it’s well worth a four hour (and a bit) round trip from the capital to witness.

On sunny days, hiking along its well-regarded trails is a real treat, as are the single and double rainbows that often appear above it. Generally, it’s seen as part of the famed ‘Golden Circle’ of attractions.

You can see it with or without a tour guide. Either way, prepare for a long day, and a chilled night once you arrive back in Reykjavik.

Trips to consider: Lots of tours to Skógafoss involve a multi-day commitment. Get Your Guide has some one day options. 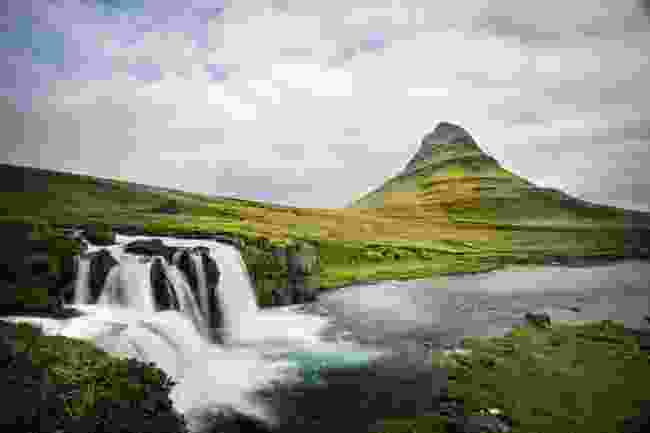 Game Of Thrones locations in Iceland are truly breathtaking (Shutterstock)

By now, you know the best Thrones locations to visit and the most thorough and well thought our location tours you can take, over a number of days.

However, Game Of Thrones fans can also enjoy their favourite northern and wildling filming locations on a jam-packed-but-worth-it tour from Reykjavik. There are a number of tours to pick from, but Extreme Iceland’s is one of them best.

Most will show you various locations where Sansa Stark made her way to the Vale, and Arya and The Hound walked their long walk together. You’ll also see where Ygritte and Tormund roamed, and where Night’s Watch recruit Ollie grew up, and where his family was slain.

The plot may be grim at times, but the scenery, whether you’re a hardcore fan or a passing watcher, is far from it. Quite spectacular.

Trips to consider: Extreme Iceland's is great, but there are also tours with Grayline. 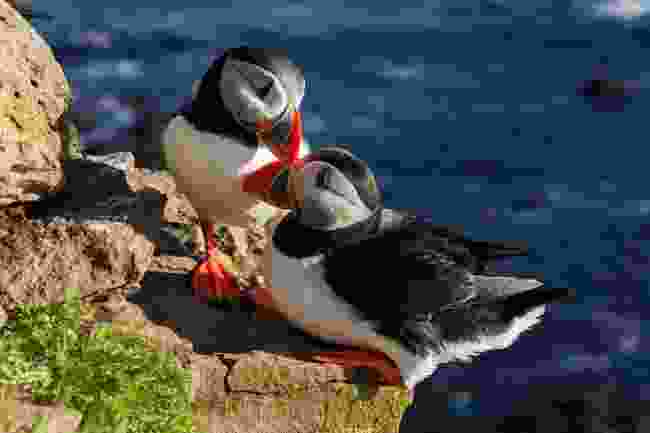 Puffins also congregate on the rocks of Latrabjarg, Iceland, one of Europe's best-know bird cliffs (Shutterstock)

Off the western coast of Iceland, near Mosfellsbær, is where these precious creatures reside, completely undisturbed by human cohabitants. That’s because there aren’t any. Not one. The only creatures who call Lundey home are birdlife, including Atlantic puffins, Arctic terns and black guillemots – just to name a few.

From May to September, a number of tours leave from Reykjavik harbour and offer puffin watching experiences by boat. You’re very likely to have a good sighting. If you’re really lucky, you’ll see puffins going about their daily business: fishing for food, creating their nests and taking flight.

Bring your birdwatching binoculars – or check your tour provides them. They’re essential.

Trips to consider: Drive yourself with help from a map from Guide To Iceland and there's a Puffin Express Cruise via Viator 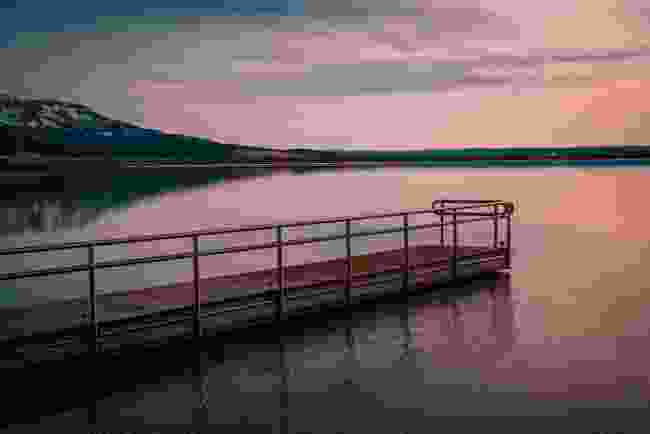 The Blue Lagoon is a classic, but that doesn’t mean you need to regale yourself to just one lagoon tour. Go to Laugarvatn to enjoy its slightly-less-busy, naturally-heated baths.

It’s only one hour 15 minutes away from Reykjavik by car, so you’re guaranteed it to be less people-crowded. You can self-drive to Laugarvatn and visit the spa at any time of day, whenever you like, but you’ll also find Laugarvatn included in many evening Northern Lights tours that depart from Reykjavik.

If you go in Northern Lights season, expect to see some eye-wateringly pretty sunset skies as you relax in the spa. Ours was early evening and deeply satisfying: a total melting pot of pinks and purples. If you’re really lucky, you’ll get the full neon green Northern Lights shebang while you’re there. Truly spectacular.

12 things you must do in Reykjavik itself

20 Icelandic volcanoes you should see