Jane Austen lived in Bath, UK, from 1801 to 1806, and featured the historic city heavily in her novels. Here's where to connect with the famous author around this beautiful spa city...

1. Visit the The Jane Austen Centre 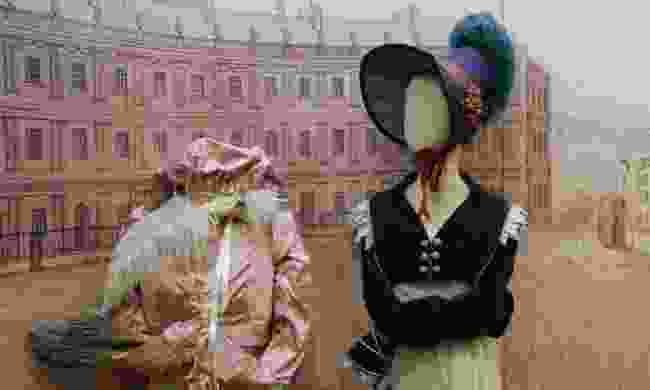 For an introduction to Jane Austen's time in Bath, head to The Jane Austen Centre. This informative museum starts with a live presentation by one of the centre's experts, followed by a walk-through exhibition offering more information on where Jane lived and played in the city – a knowledgable guide stays with you throughout the experience to answer any questions.

For a good photo op, dress up in pieces from centre's Georgian clothing collection, then enjoy afternoon tea up in the Regency Tea Rooms on the top floor.

2. Marvel at The Assembly Rooms 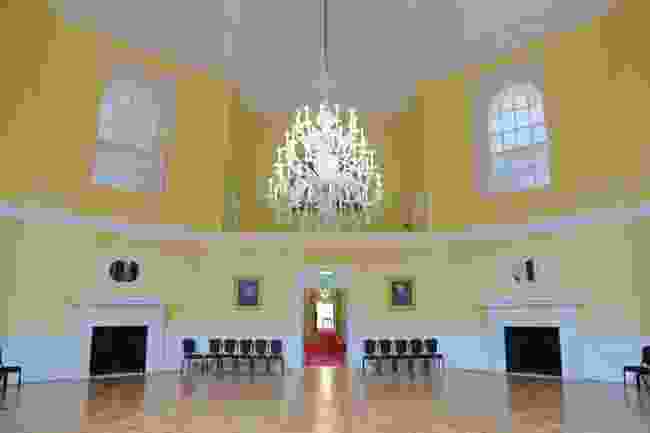 The Assembly Rooms in Bath, where Jane Austen would have socialised (Dreamstime)

Pay particular attention to the crystal chandeliers hanging from the ceilings – these are originals from the late 18th century, the very same that would have hung over Jane as she socialised here. 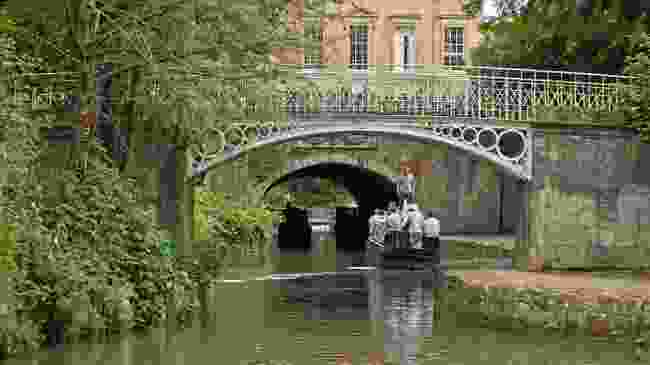 Sydney Gardens in Bath, near where Jane lived (Dreamstime)

Jane lived in a number of locations during her time in Bath, but her longest stay was three years in 4 Sydney Place. In her letters to her sister Cassandra, Jane spoke of spending a lot of time in this area, in particular exploring nearby Sydney Gardens.

Take a stroll over Pulteney Bridge and down Great Pulteney Street – one of Bath's most impressive Georgian avenues, mentioned frequently in Northanger Abbey – and turn left at the end to reach the house, which is commemorated by a plaque. It's now a sleek hotel, so you can stay inside the house that Jane called home.

4. Take tea at the Pump Rooms 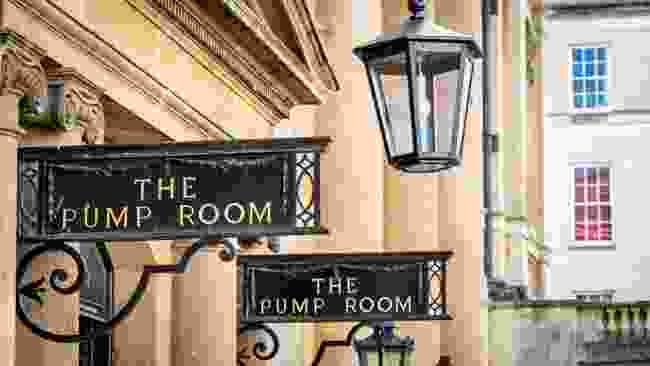 The Pump Room in Bath (Dreamstime)

The Pump Rooms were where fashionable folks of 19th century Bath came to socialise and catch up on gossip.

Today, you can enjoy breakfast, lunch or afternoon tea here (dinner is served in July and August only), while being entertained by live musicians playing classical music. Very refined, indeed! 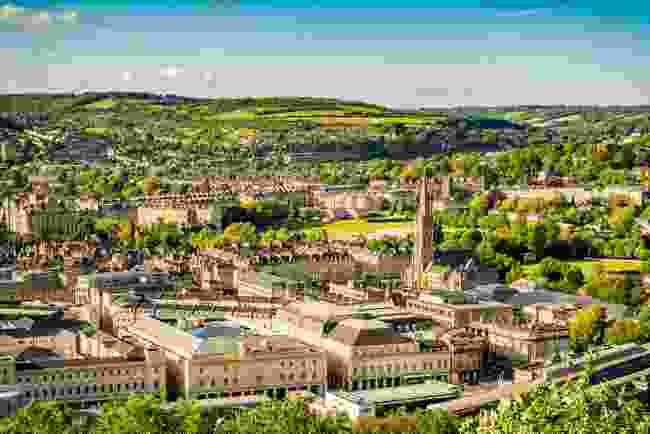 The view of Bath from Alexandra Park, Bath (Shutterstock)

Avid Jane Austen fans will be familiar with Beechen Cliff, a place Jane mentions in Northanger Abbey – this has since been renamed Alexandra Park. In letters to her family, Jane described this as one of her favourite viewpoints, and it's easy to see why when you're presented with its sweeping panoramas.

A staircase runs from Calton Road – just south of Bath Spa train station on the south side of the River Avon – up to the park. The hike is no mean feat, but takes just 20 minutes from the city centre and is worth the exertion. 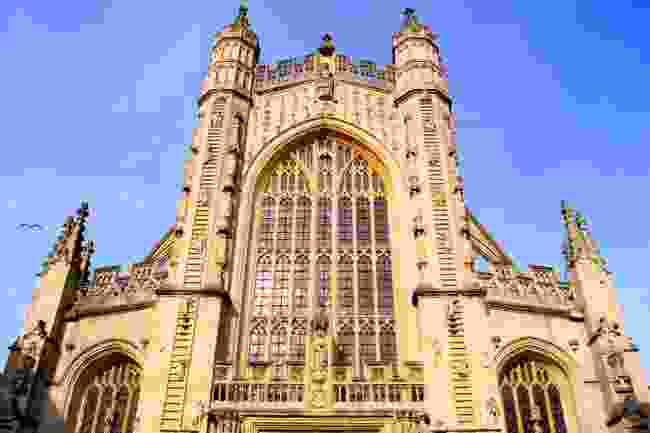 Bath Abbey, used as a filming location for a 1980s TV adaptation of Northanger Abbey (Dreamstime)

Jane's novels have been made into films and TV programmes many times, and Bath has been used for a number of Northanger Abbey and Persuasion adaptations. 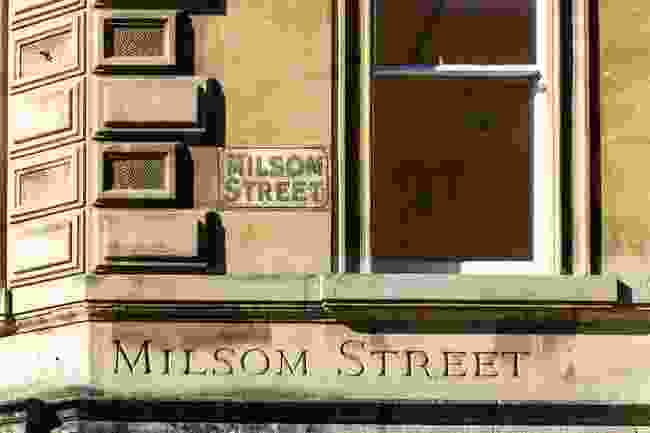 Heavily featured in Jane's novels, and one of Bath's liveliest roads, Milsom Street is a good spot to take a look around and imagine yourself in Georgian Bath.

Raise your gaze above the shop fronts and take in the tops of the buildings – many of these were here in Jane's time, and she would have strolled past them frequently.

Along here you'll also find Jolly's, which is one of the world's oldest department stores having been opened in 1831 – a little after Jane's time but impressive nonetheless.

8. Attend the The Jane Austen Festival 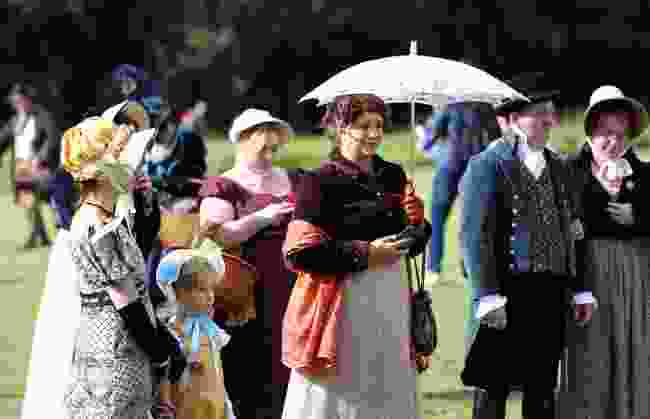 In September every year, Jane Austen fans come to Bath for The Jane Austen Festival, a ten-day Georgian extravaganza. The festival takes place all over town: in the city's most famous buildings and on the streets – a parade is held with participants dressed up in Regency costume.

Lectures, readings and theatrical performances also pack the programme, and you can learn the era's traditional dances in a series of glitzy balls.

This is the ultimate Austen event, and there are few better times to be in the city if you want to discover Jane's Bath.